THE FLATS – A shoeless Michael Devoe made a steal with seven seconds left and knocked down the two clinching free throws to seal a wire-to-wire victory for Georgia Tech men’s basketball over No. 5 Louisville, 64-58 on Tuesday night at McCamish Pavilion.

Tech shot 43 percent during the slugfest, and went 20-for-28 from the free throw line, both season highs, while also holding the Cardinals, the ACC’s top three-point shooting team at 44.9 percent in conference games, to just 13 percent from downtown.

The Yellow Jackets never trailed during the game as junior Jose Alvarado led with 18 points on 5-of-11 shooting, while junior forward Moses Wright finished with 12 rebounds and six rebounds, including a crucial 4-for-4 from the line. Also finishing in double figures was Jordan Usher (11) and James Banks III (10).

Devoe struggled from the field (2-for-9), but hit 6-for-7 from the free-throw line to help push the Jackets to the win.

Leading the way for the Cardinals was Malik Williams, who finished with 16 points and eight rebounds, while David Johnson also tallied 16 points. Dwayne Sutton hauled in 10 rebounds to go along with his nine points.

Georgia Tech heads on the road for its next two games, beginning at Wake Forest on Feb. 19 at 7 p.m. 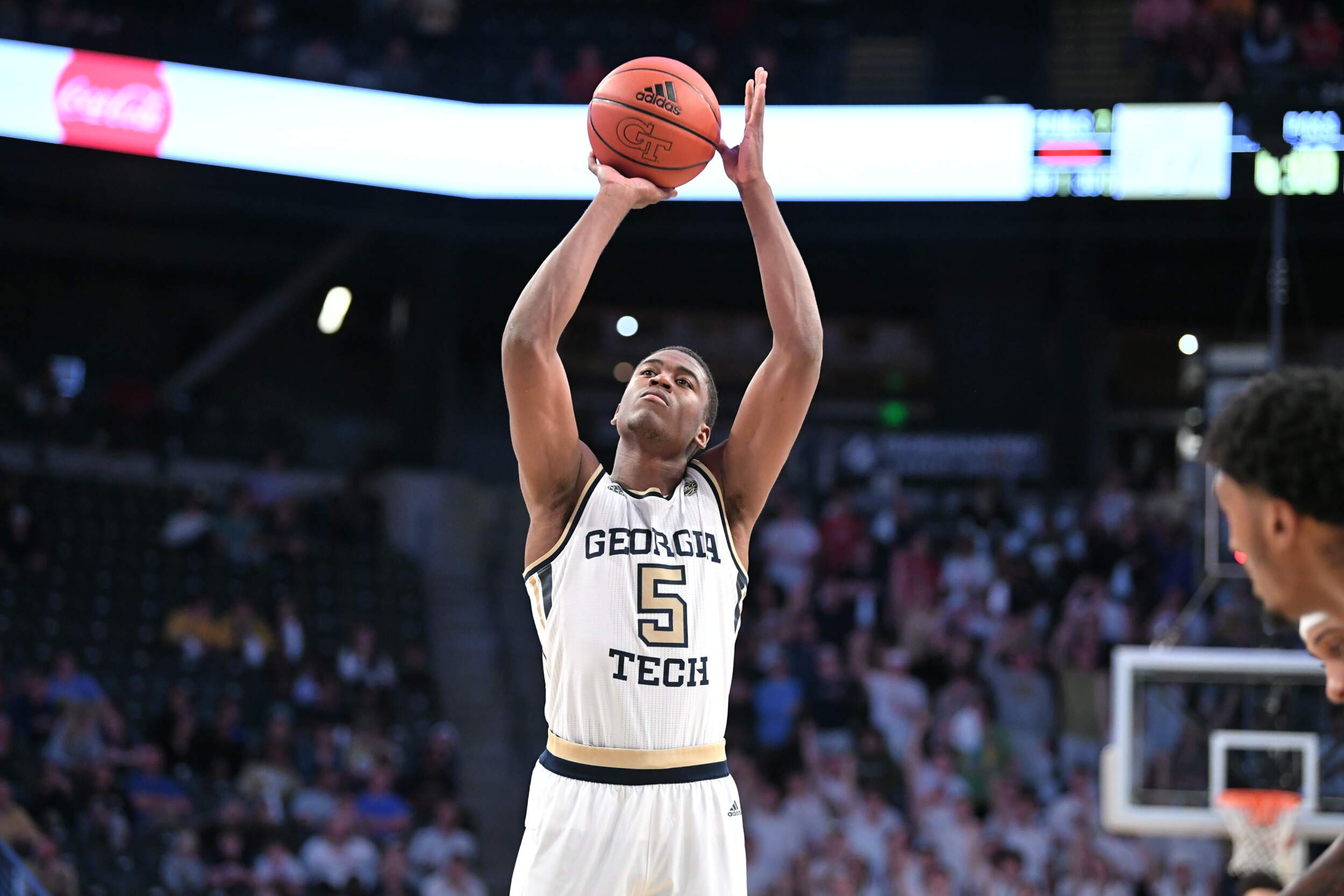 Forward Moses Wright finished with 12 points and 6 rebounds, while also going 4-for-4 from the free-throw line. (photo by Danny Karnik) 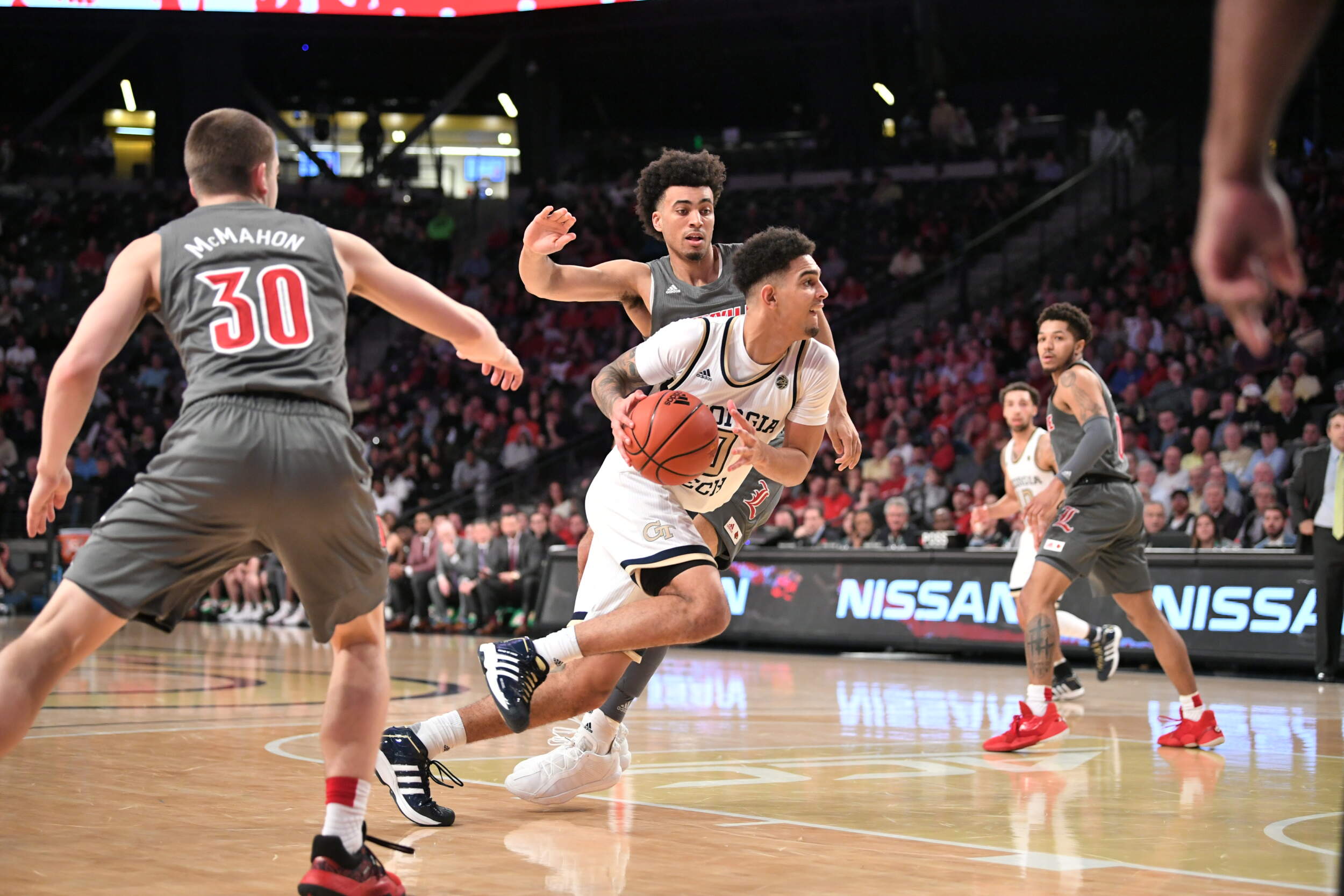 Michael Devoe (0) struggled from the field (2-for-9) but went a crucial 6-for-7 from the line to seal the win. (photo by Danny Karnik)