THE FLATS – Riding a five-game winning streak, Georgia Tech returns to the court Saturday for an 8 p.m. ACC road contest against No. 13/12 Virginia at John Paul Jones Arena in Charlottesville, Va., the second of two contests Tech faces against top-25 teams this week.

The Yellow Jackets (7-3, 3-1 ACC) got the better of the first such contest Wednesday night, an 83-65 homecourt win over No. 20/22 Clemson following a 17-day pause in their schedule. Tech has won seven of its last eight games following an 0-2 start to the season, including homecourt wins over North Carolina (72-67) and Wake Forest (70-54) in its last two games before the shutdown. Tech has been efficient offensively in its ACC games, averaging 71.5 points while hitting 51 percent from the floor and 42.1 percent from three-point range while turning the ball over just 12.3 times per game.

The Cavaliers (9-2, 5-0 ACC), also on a five-game winning streak, have come alive offensively in their last two games with an 80-68 victory over Notre Dame at home and an 85-50 rout of Clemson on the road. Virginia has won its five ACC games by an average of 15.4 points, permitting only 57 points a game, and has been even more efficient on offense, hitting 52,2 percent from the floor, 40.2 percent from three-point range and 78.4 percent from the foul line, with only 6.6 turnovers per game.

Saturday’s game will be televised nationally on the ACC Network and will be streamed live on the ESPN app. Radio coverage is provided by the Georgia Tech Sports Network by Learfield IMG College, with flagship station WCNN-Radio (680 AM, 93.7 FM) in Atlanta. The Tech broadcast can be heard on SiriusXM Ch. 371 (internet Ch. 971) and the TuneIn app.

Virginia has won 14 of the last 16 meetings to move ahead 43-40 in the all-time series, which dates back to 1947 … The Cavaliers have won the last six games in the series, including a 63-58 win in Atlanta in the teams’ only regular-season meeting in 2019-20 … Tech is just 1-8 at John Paul Jones Arena and has lost on its last seven trips to Charlottesville … Since Tech joined the ACC, the Yellow Jackets are 38-42 against Virginia … Tech has averaged 53.7 points per game in 15 meetings against Bennett’s Virginia teams, failing to reach 50 points in five of those games. Tech’s high of 75 came in the very first meeting in 2010 … Tech and Virginia have played to overtime seven times since the 1983-84 season, including a 72-71 triple-overtime win for Tech in Atlanta on Jan. 23, 1984, and an 88-85 double-overtime triumph for Virginia in Charlottesville on Jan. 22, 1995. 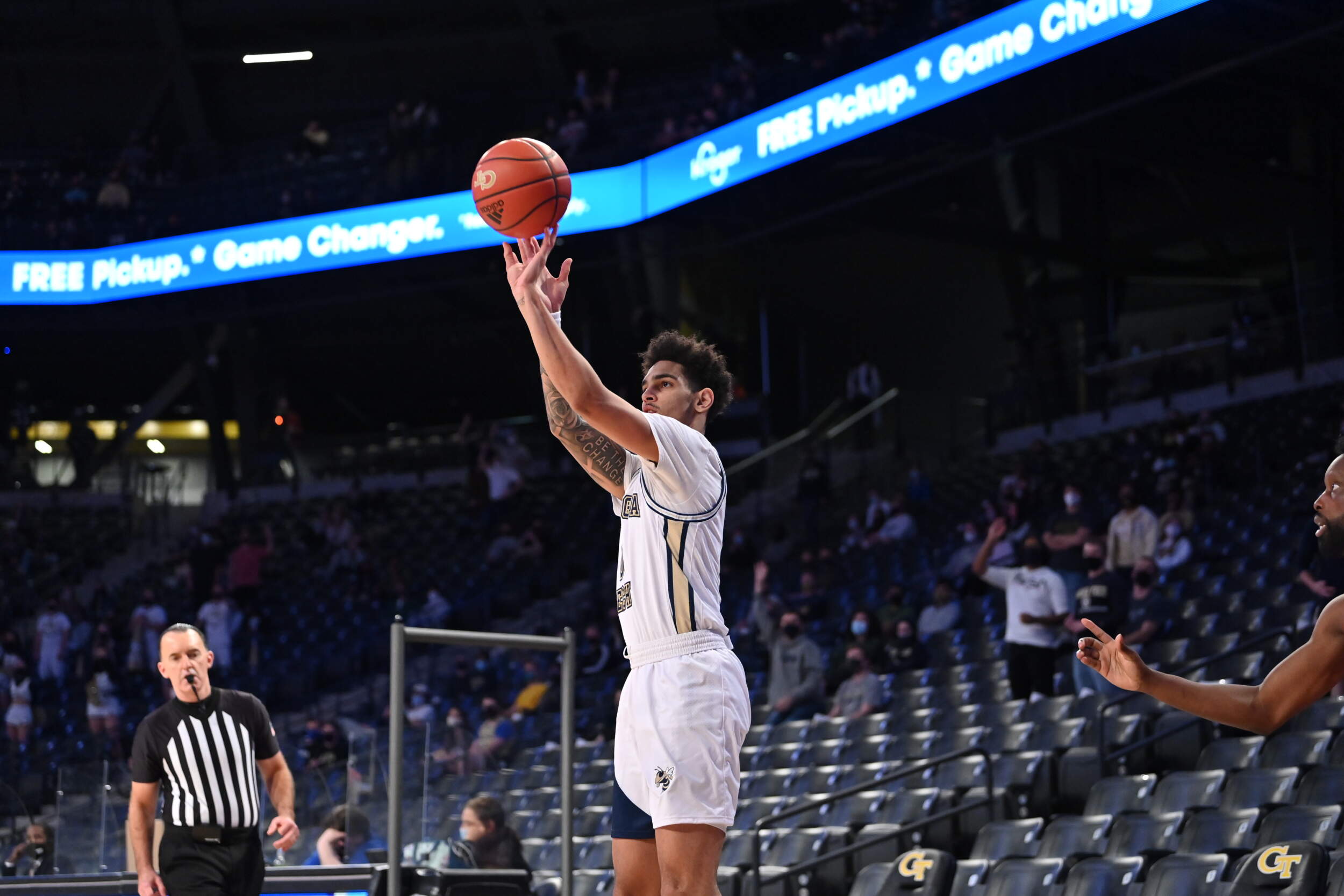