THE FLATS – Georgia Tech women’s basketball swept the Atlantic Coast Conference’s weekly awards on Monday, with guard Lotta-Maj Lahtinen named ACC Player of the Week and guard Loyal McQueen tabbed as the league’s Freshman of the Week. The Georgia Tech duo earned the honors after leading the Yellow Jackets to a pair of decisive ACC wins over Boston College (86-68) and Notre Dame (82-67) last week. 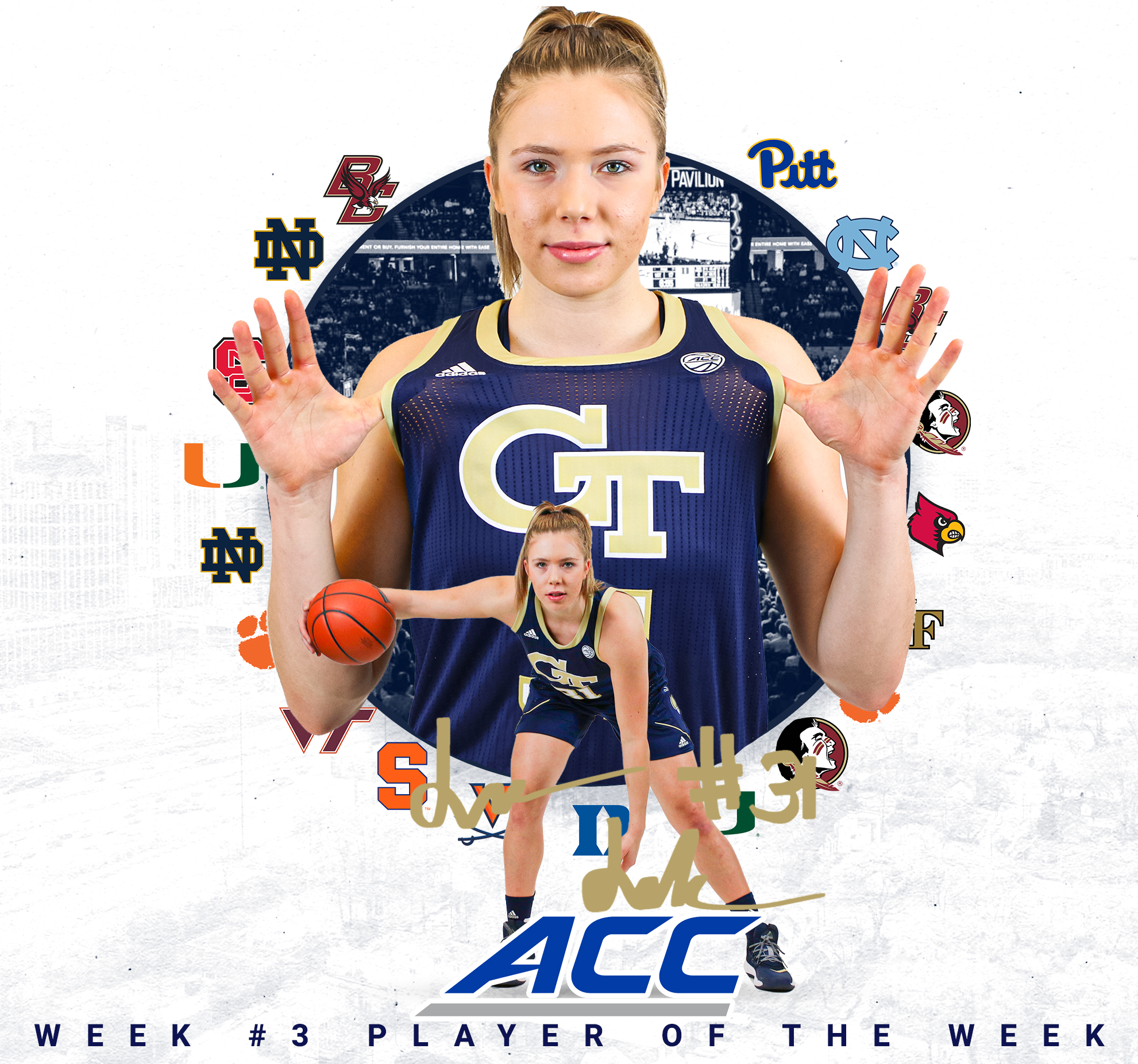 The Helsinki, Finland, native dropped a career-high 27 points against Boston College, connecting on a personal-best 11 field goals and five three-pointers. She recorded eight steals in the dominant win to set a new career high and become the first Yellow Jacket with eight steals in a game since 2012.

Lahtinen continued her impressive week in South Bend, Ind., scoring a team-best 19 points in Tech’s first-ever win over Notre Dame. She shot 46.7 percent from the field and hit four three-pointers in the triumph over the Fighting Irish and barely missed notching a double-double, as she dished out a career-best eight assists. 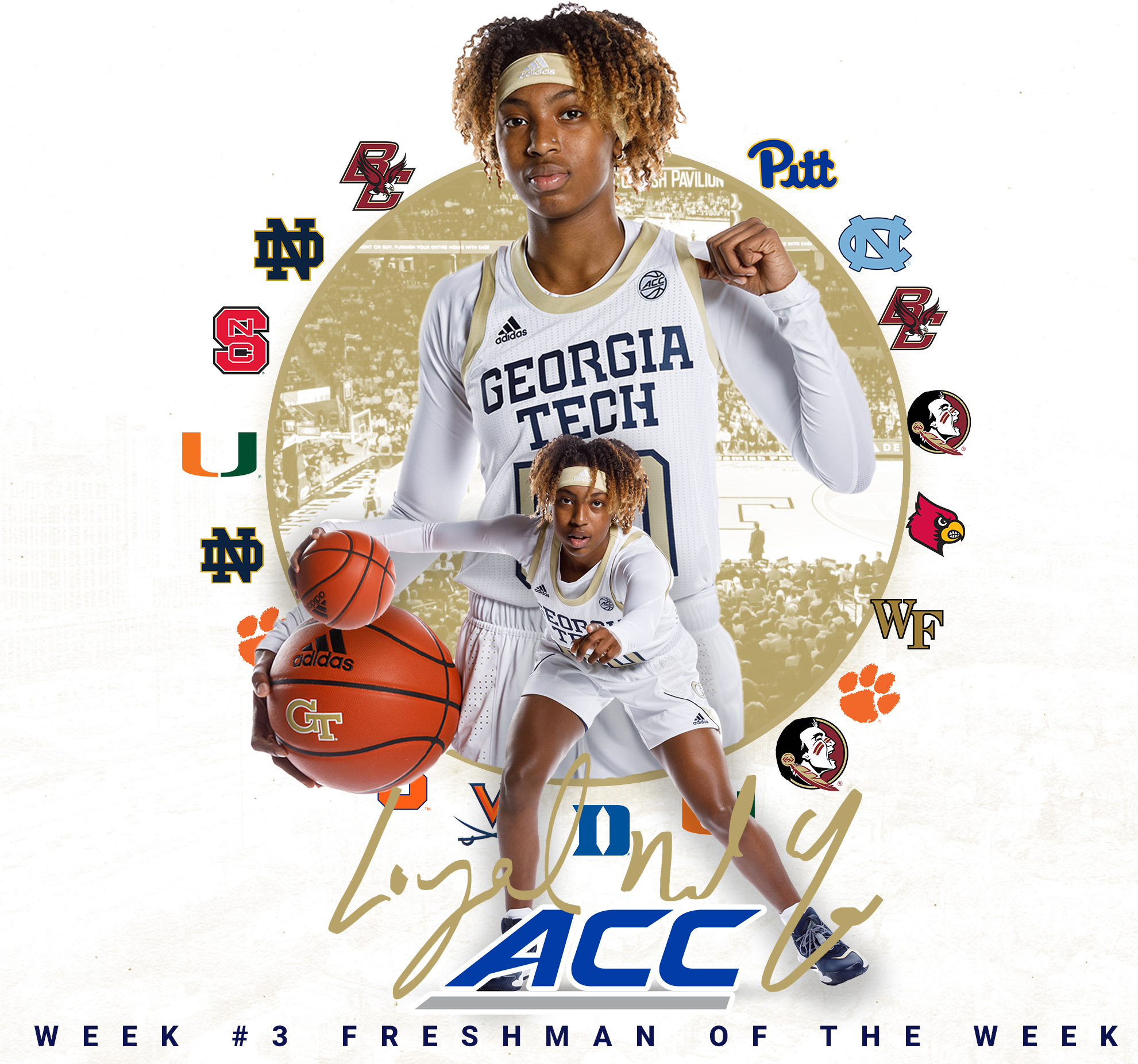 McQueen averaged 12.0 points per game and shot 56.3% from the field in Tech’s wins over BC and ND. She extended her double-figure scoring streak to five games with a career-high 13 points against Boston College and 11 at Notre Dame. The Florence, S.C., native also dished out a career-best five assists against ND.

For the season, McQueen has earned the start in all five contests for the Jackets and is third on the team in scoring, averaging 11.6 points per game.

With the recognition, Lahtinen became the first Yellow Jacket since 2017 to be named ACC Player of the Week. The respective awards are the first of Lahtinen’s and McQueen’s careers.

Georgia Tech returns to action on Thursday when it welcomes Miami for a 7 p.m. matchup on ACC Network Extra.