THE FLATS – A combined 18-2 run over the 4:30 across the halftime break pushed the lead to 31 as Georgia Tech men’s basketball defeated Morehouse handily, 82-54, on Tuesday night at McCamish Pavilion.

The Yellow Jackets (10-11) used a well-balanced offensive effort that included 45-percent shooting from the floor, 29 points off turnovers and 32 bench points, while the Maroon Tigers (9-9) shot 38-percent from the field, including a 5-for-15 mark from downtown.

Leading Tech on the day was James Banks III, who finished one rebound shy of a double-double with 12 points and nine rebounds, in addition to four blocks. Moses Wright also finished with double figures at 11 points, while Evan Cole came off the bench to contribute seven points and 10 rebounds.

Tech had a decided advantage on the boards (45-30), assisted on 24 of 30 made field goals and hit 14 of 17 shots from the foul line. Seven different Jackets made a three-point field goal.

Morehouse was led by Michael Olmert, who finished with nine points and four rebounds on the night.

Georgia Tech returns to ACC action Saturday when it heads to South Bend, Ind. to play Notre Dame. Tipoff is set for 12 p.m., and the will be broadcast live on the ACC’s Regional Sports Network. 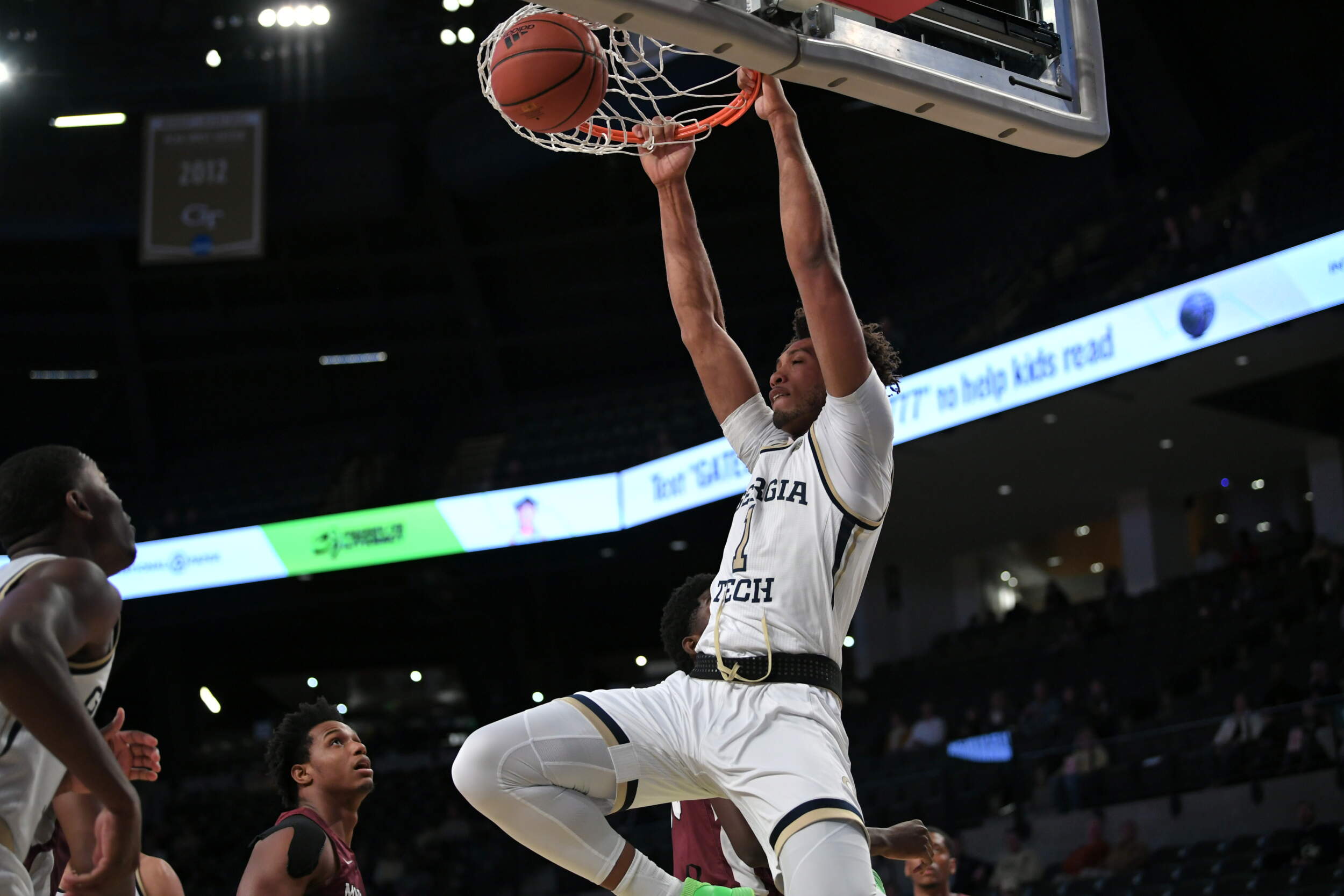 Helping lead the way for Tech was James Banks III (1), who finished with 12 points and nine rebounds on the night. (photo by Danny Karnik) 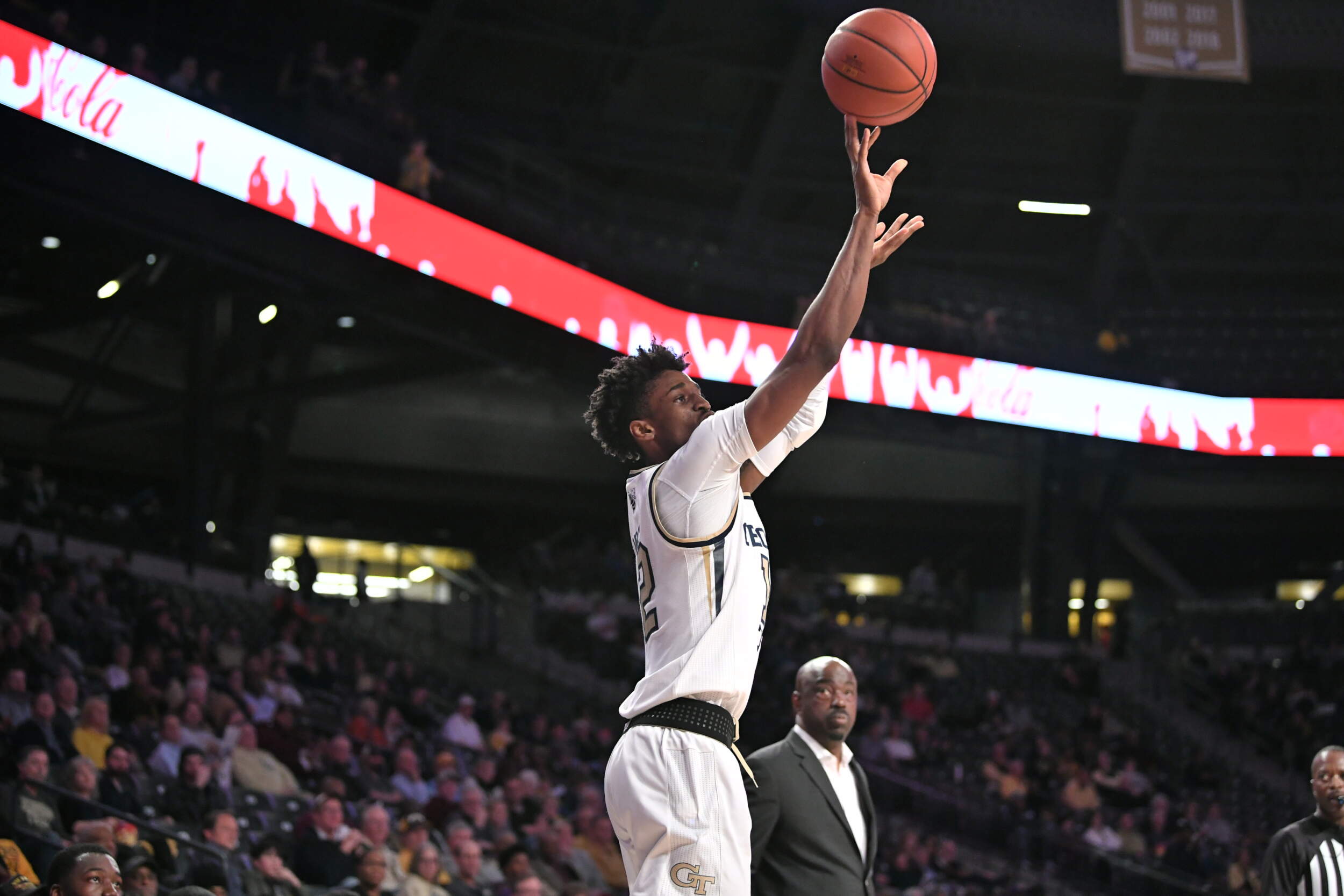 Georgia Tech used a 32-point advantage from its bench, including seven from Shembari Phillips (2). (photo by Danny Karnik)