THE FLATS – Looking for its third straight win, Georgia Tech resumes Atlantic Coast Conference play against North Carolina with an 8 p.m. tip Wednesday night at McCamish Pavilion. It is the first of two straight conference games at home for the Yellow Jackets.

The Tar Heels (5-3, 0-1 ACC), in their 18th season under head coach Roy Williams, have lost three of their last five games after a 3-0 start, including a 79-76 defeat at NC State last time out in their ACC opener on Dec. 22. North Carolina’s other two defeats came to Texas in the championship game of the Maui Invitational and at Iowa in the ACC/Big Ten Challenge.

Wednesday’s game will be televised nationally on the ACC’s Regional Sports Network (Fox Sports South in Georgia) and will be streamed live on the ESPN app. Radio coverage is provided by the Georgia Tech Sports Network by Learfield IMG College, with flagship station WCNN-Radio (680 AM, 93.7 FM) in Atlanta. The Tech broadcast can be heard on SiriusXM Ch. 371 (internet Ch. 371) and the TuneIn app. 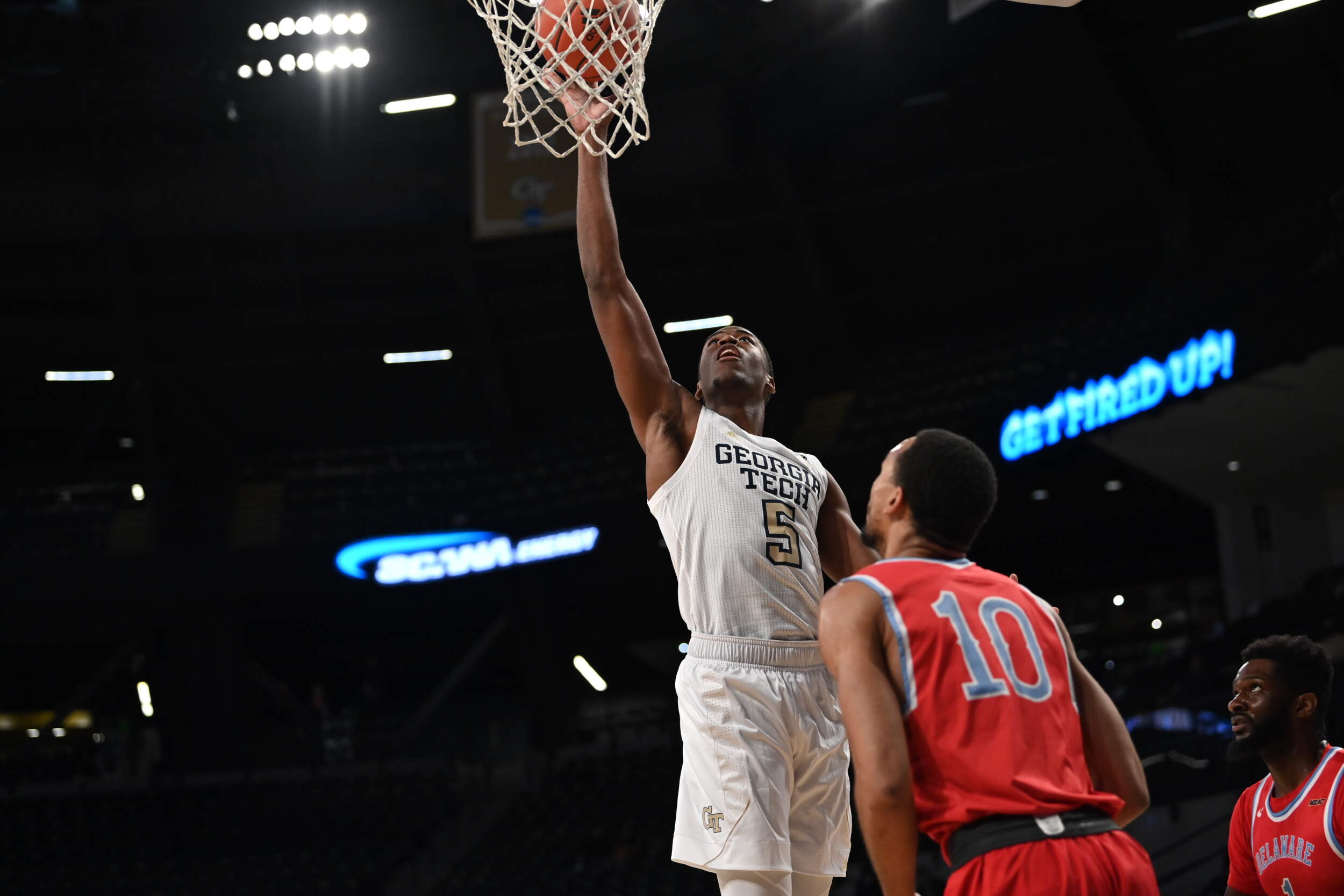 Moses Wright (5) remains the scoring leader in the ACC at 19.6 points per game. (photo by Danny Karnik)

Moses Wright speaks with the media on Tuesday afternoon.