THE FLATS – Georgia Tech men’s basketball has added Elon and Bethune-Cookman to its home non-conference schedule for the 2019-20 season, and the Yellow Jackets will host Georgia College for its preseason exhibition game.

Elon will visit McCamish Pavilion on Monday, Nov. 11, which will be game two in the 2019-20 season following the Yellow Jackets’ season-opener at NC State on Nov. 5. It will the fourth meeting between the two teams; the Jackets defeated the Phoenix three times between 2003 and 2006. Tech will host Bethune-Cookman on Sunday, Dec. 1, the third meeting between the Jackets and the Wildcats and first since 2017.

The agreements leave Georgia Tech with one non-conference game left to schedule, a home game which will fill one of the two bye openings in the Atlantic Coast Conference slate after the New Year begins. The ACC will announce the conference schedule for all 15 teams later this summer.

Georgia College, an NCAA Division II team which plays in the Peach Belt Conference, will be the Jackets’ exhibition opponent on Saturday, Oct. 19.

Once the final non-conference game is set, the Yellow Jackets will have 16 regular-season games at McCamish Pavilion, including Southeastern Conference member Arkansas on Nov. 25, Big/Ten ACC Challenge opponent Nebraska on Dec. 4, and Ball State of the Mid-American Conference on Dec. 18. 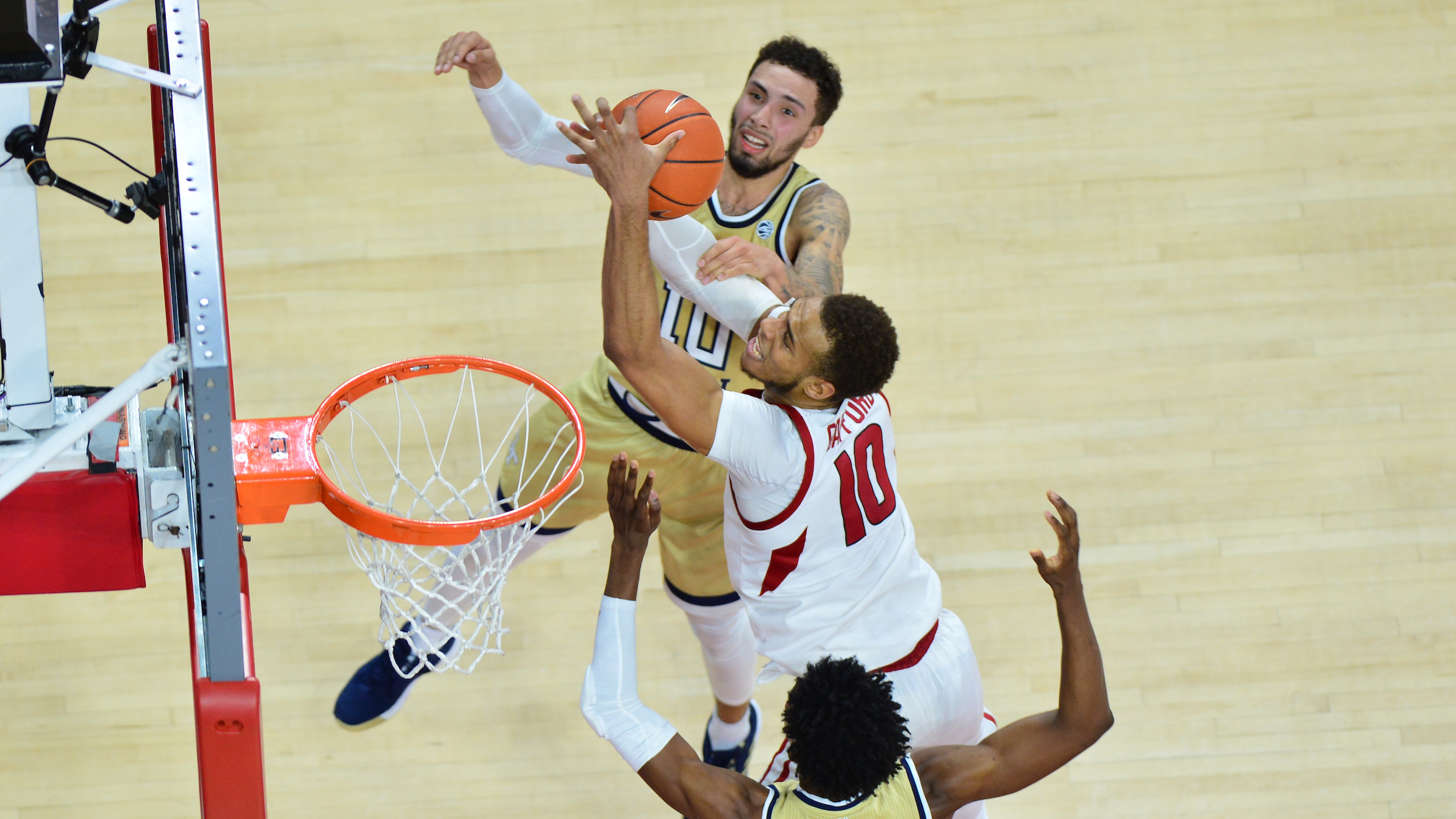 Tech will look to sweep its two-game series with Arkansas when the Razorbacks visit McCamish Pavilion on Nov. 25.

Away from home, Tech will face Kentucky, last year’s No. 4 team in the NCAA’s NET rankings, on Dec. 14 and Georgia on Nov. 20, and has No. 6 Houston and No. 44 Washington as potential second- and third-round foes in the Diamond Head Classic in Hawai’i.

Pastner welcomes back the Yellow Jackets’ top three scorers from the 2018-19 season – Jose Alvarado, James Banks III and Michael Devoe – who accounted for 48.4 percent of Tech’s points, 41.6 percent of its rebounds and 47.2 percent of its minutes.

To help get ready for the upcoming season, the Yellow Jackets are taking an eight-day trip to Spain Aug. 8-16, where they will play four games against some of the country’s top competition.