The Atlantic Coast Conference’s leading scorer, Devoe recorded his fifth 20-point game of the season and hit four three-point field goals to go along with his eight rebounds and seven assists. Junior forward Moses Wright nearly had his second-straight double-double, finishing with 18 points to go along with his nine boards on the night. They went 18-for-30 from the floor combined.

Nebraska was led by four double-digit scorers, highlighted by a double-double by Haanif Cheatham, who finished with 14 points and 11 rebounds. Cam Mack (11), Jervay Green (11) and Thorir Thorbjarnarson (11) also finished in double figures.

Tech returns to action Saturday, Dec. 14, when it travels to face No. 8 Kentucky in Lexington. Tipoff is at 5 p.m. at Rupp Arena, and the game will be televised live on ESPN. 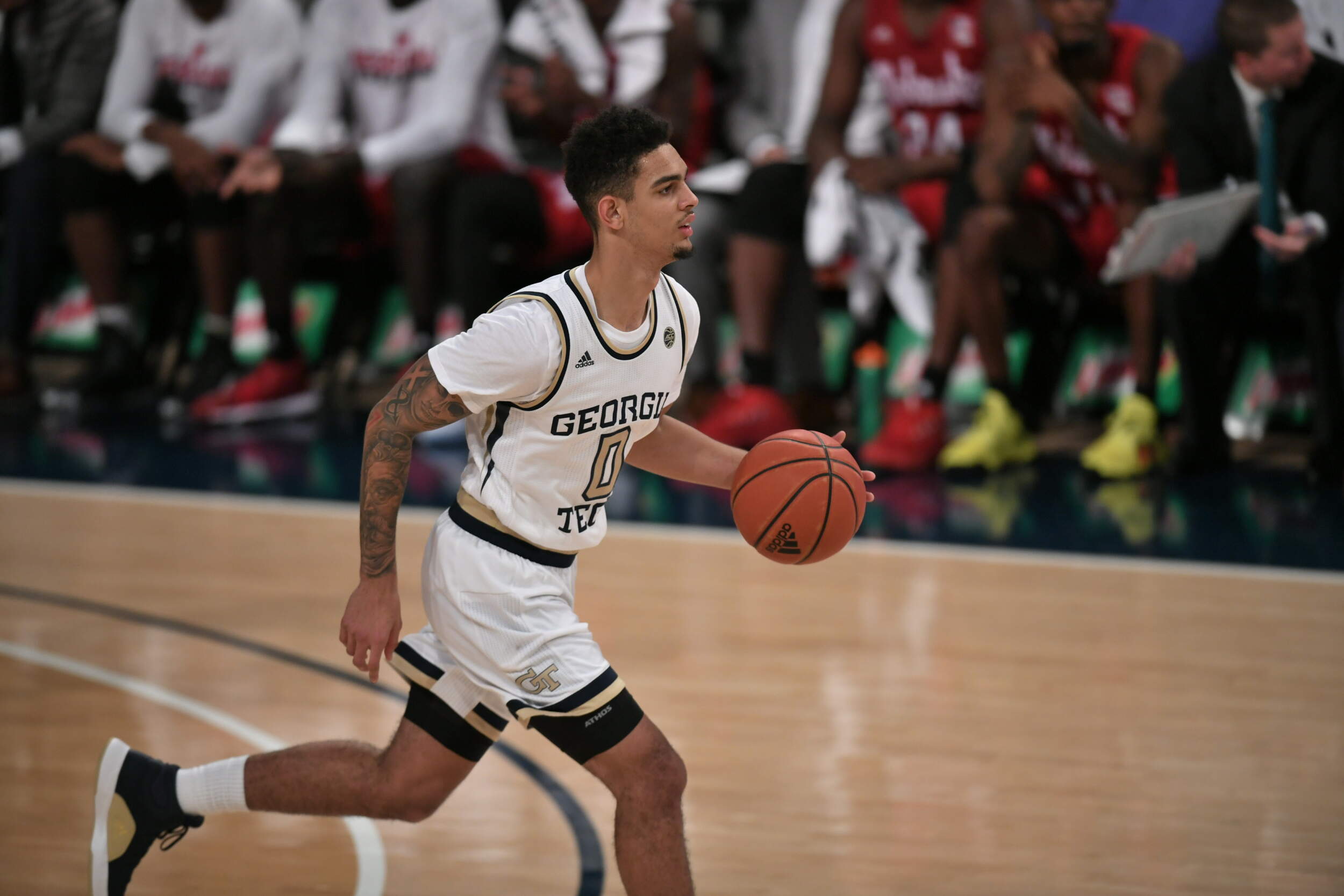 Sophomore guard Michael Devoe finished with 26 points to record his fifth 20-point game of the season. Devoe leads the ACC in scoring and is sixth in the country. (photo by Danny Karnik) 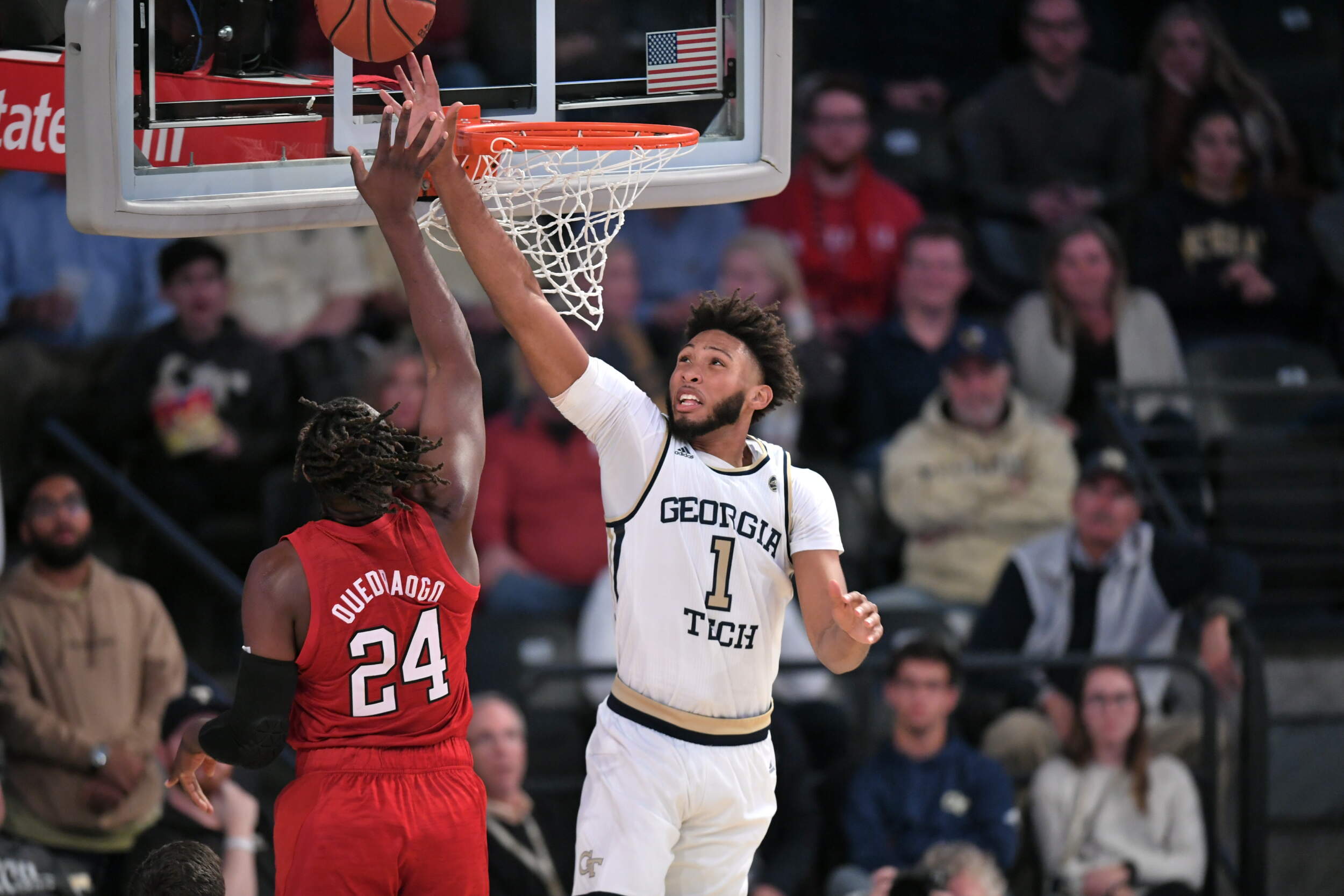 With help from big men James Banks III (1) and Moses Wright, Georgia Tech held Nebraska to just 32.3-percent shooting overall, including a paltry 25.0-percent in the second half. (photo by Danny Karnik)