THE FLATS – Michael Devoe scored a three-point play on a driving layup and a free throw with 7.0 seconds remaining in the game, lifting Georgia Tech men’s basketball past Bethune-Cookman, 68-65, at McCamish Pavilion on Sunday night.

The Yellow Jackets (3-2) shot 52 percent in the back-and-forth affair that featured nine lead changes and 11 ties. The Wildcats (5-3) hit 44 percent from three-point range and held a 20-10 advantage in offensive rebounds to keep the game close.

Including the game-winner, sophomore Devoe led the way for Tech, putting up 27 points off 11-of-16 shooting, including 17 points in the second half. The Jackets’ big men also played a huge role in the win as junior Moses Wright recorded his first-career double-double, hauling in a career-high 12 rebounds to go along with his 12 points. Also reaching a double-double was senior James Banks III, who finished two blocks shy of a triple-double with 12 points and 10 rebounds and eight blocks.

Wright and Banks III both recording double-doubles marks the first game Georgia Tech has had two accomplish the feat since 2017 (Ben Lammers and Josh Okogie vs. Notre Dame). Banks III’s eight blocks are also the most since Lammers in 2016 (vs. Southern – 9).

Bethune-Cookman was led by two double-digit scorers in seniors Cletrell Pope and Isaiah Bailey. Pope finished with an impressive statline of 22 points and 19 rebounds for the game, while Bailey finished with 12 points.

Tech returns to action Wednesday, Dec. 4, when it hosts Nebraska in the Big Ten/ACC Challenge. Tipoff is at 7:15 p.m. at McCamish Pavilion, and the game will be televised live on ESPNU. 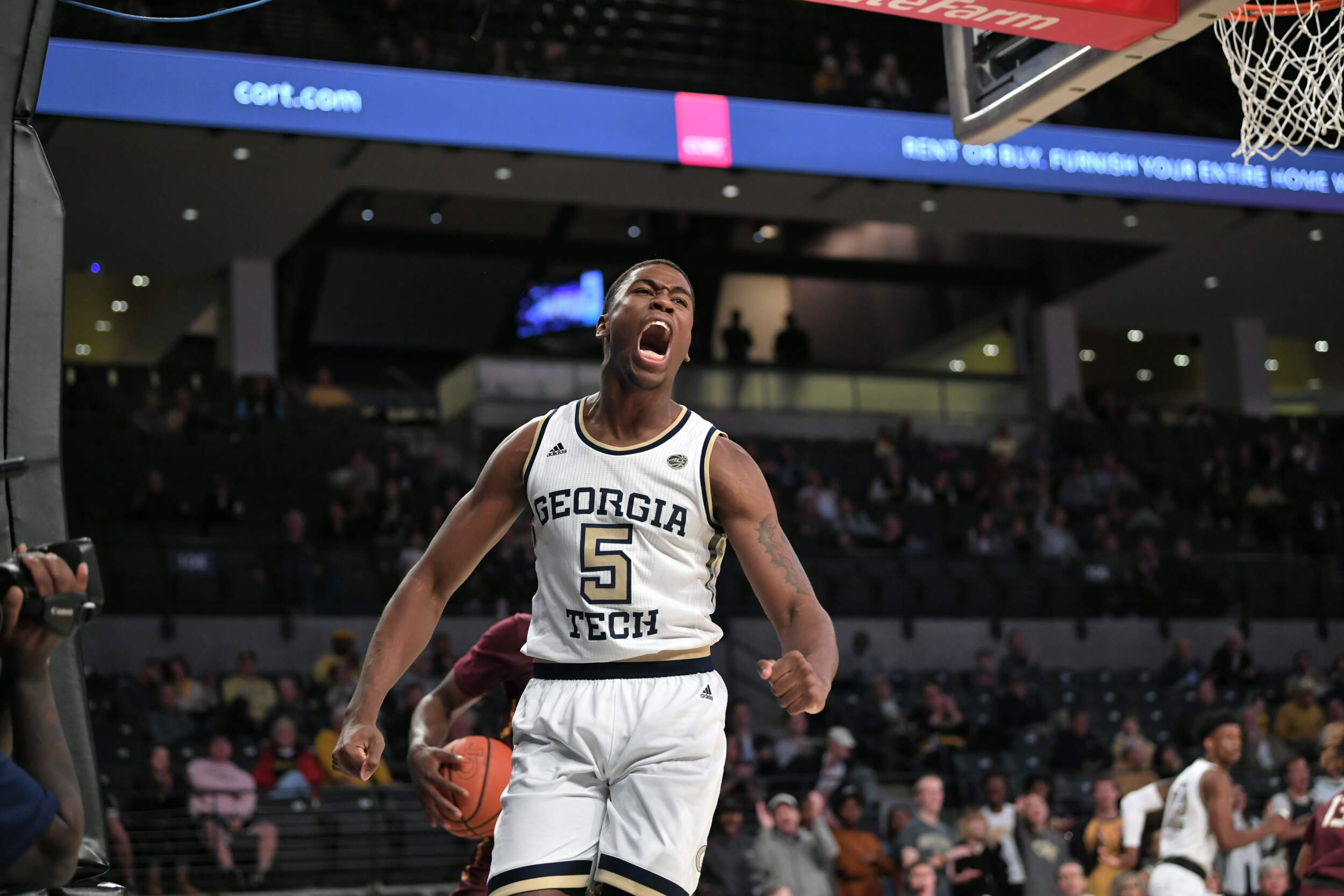 Junior forward Moses Wright recorded his first-career double-double, finishing with 12 points and 12 rebounds in the 68-65 win over Bethune-Cookman. (photo by Danny Karnik) 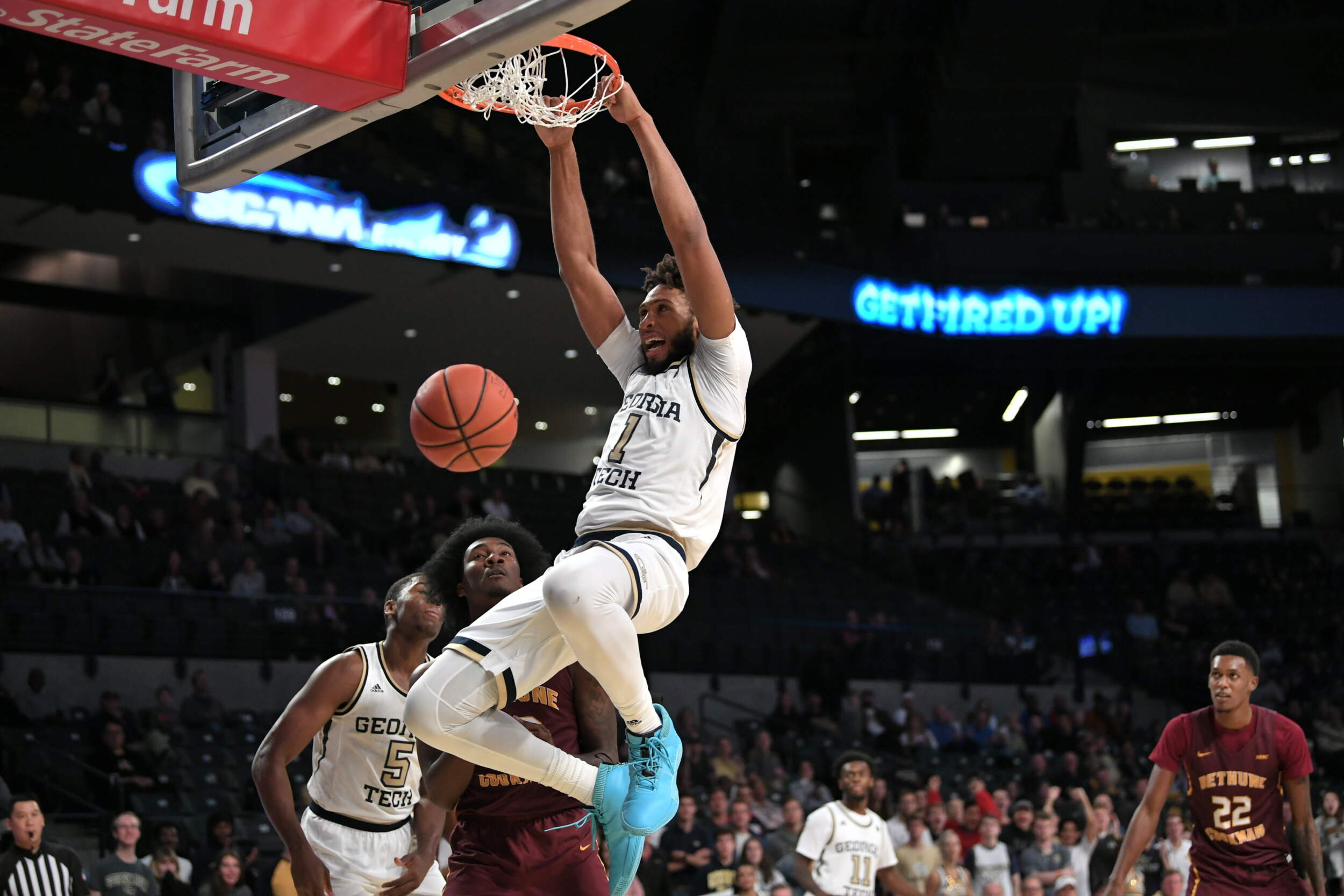