THE FLATS – After helping lead Georgia Tech women’s basketball to the ACC Tournament quarterfinals, senior Francesca Pan was named to the 2020 ACC All-Tournament Team on Sunday. Pan, who was named to the second team, was one of 10 student-athletes across the conference to earn the recognition.

Pan led Tech offensively in its two games during the tournament to average 20.5 points per game, good for a tie for fifth in the league in scoring in tournament action. She dropped a game-high 26 points in Tech’s second round win over Pittsburgh before posting 15 points against No. 10 NC State in the quarterfinals. 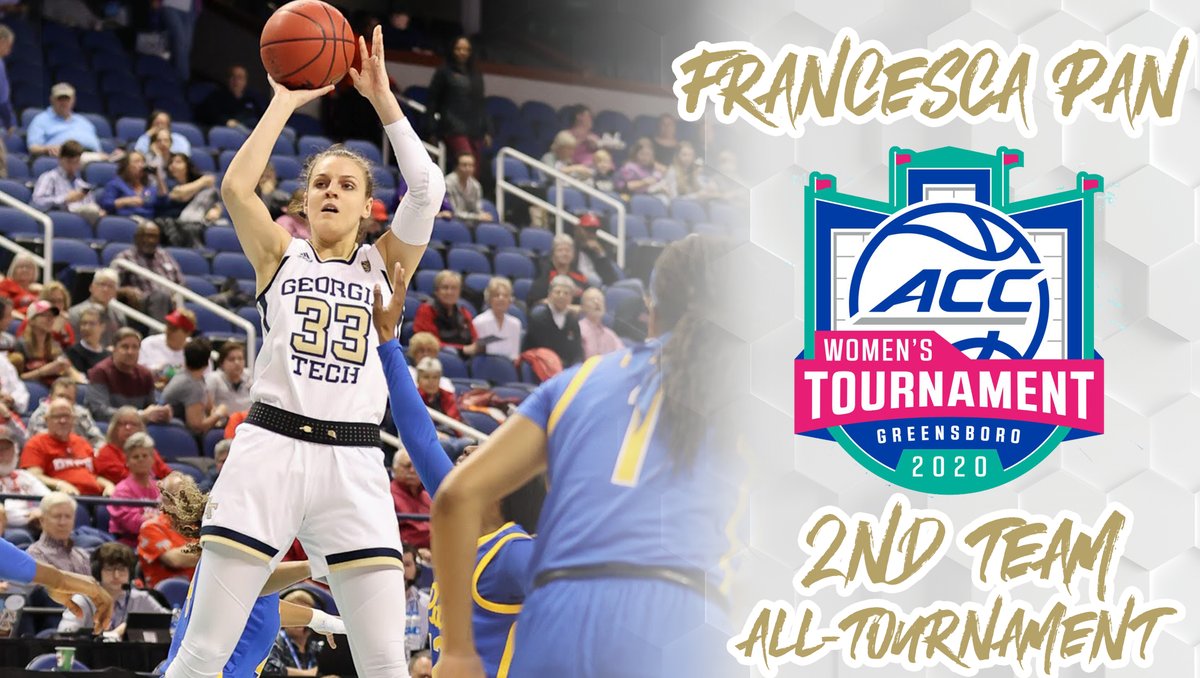 An All-ACC selection prior to the tournament, Pan has recorded 20 games scoring in double-figures this season and ranks in the top 20 in the league in scoring. She was also named to the All-ACC Academic Team for the fourth year, becoming the first Yellow Jacket to earn the honor four times.