ATLANTA, Ga. – Georgia Tech women’s basketball head coach Nell Fortner has been named one of 10 semifinalists for the 2020 Werner Ladder Naismith Women’s College Coach of the Year, as announced by the Atlanta Tipoff Club on Wednesday.

In her first year on The Flats, Fortner has guided the Yellow Jackets to a 19-10 overall record, marking the best record by a first-year head coach in Georgia Tech women’s basketball program history. Tech capped the Atlantic Coast Conference season with a 10-8 mark, good for the first winning conference record since the 2013-14 season and the first 10-win ledger in ACC play since 2011-12. Additionally, the Jackets are 4-2 against top-25 programs this season and have collected seven wins over teams in the top 75 RPI. 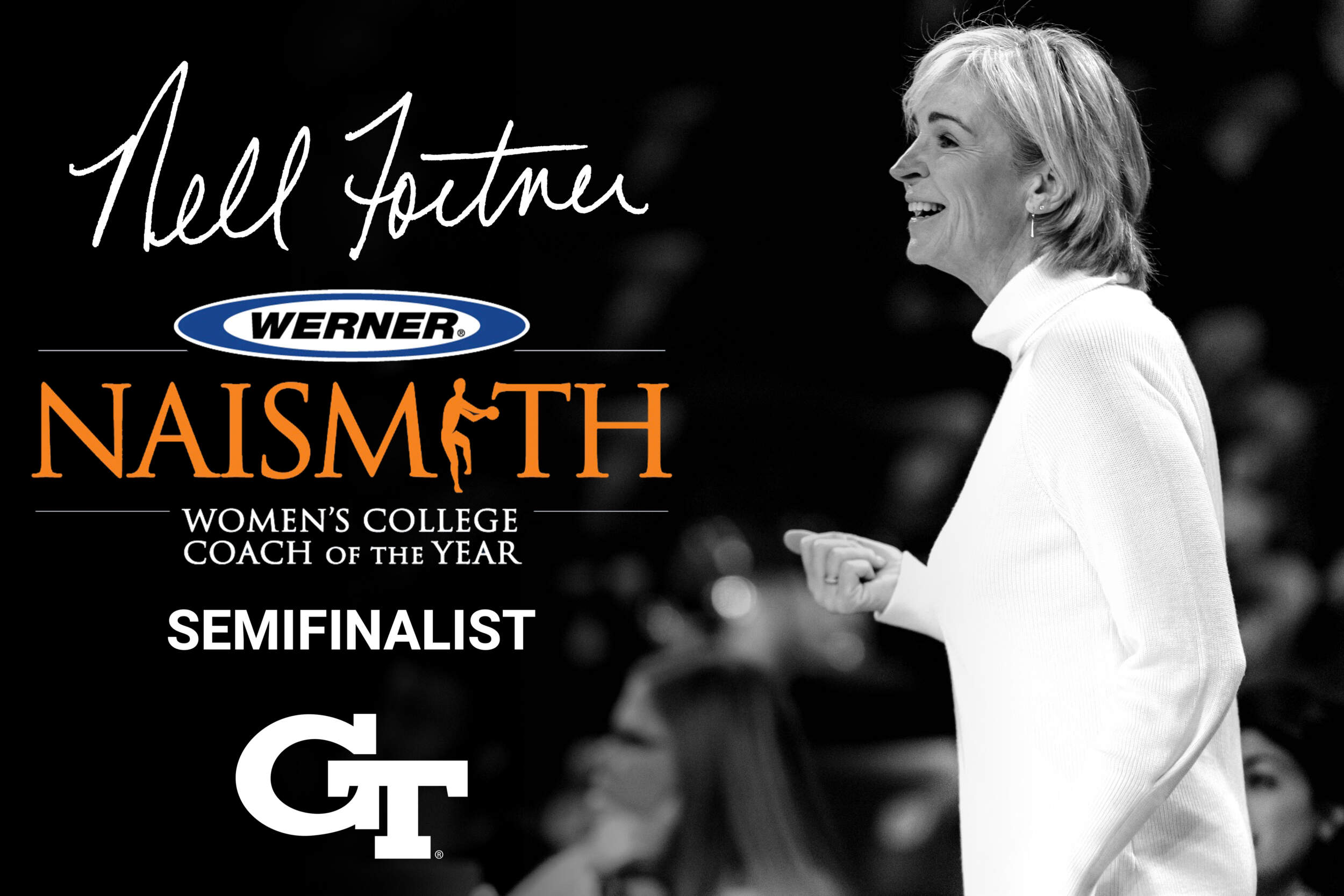 The list of 10 semifinalists will be narrowed down to four finalists on March 19, and fans will be able to support their favorite women’s college coach by visiting naismithtrophy.com/vote between March 20-April 1, to cast their ballot. The fan vote will account for five percent of the overall vote. The 2020 Werner Ladder Naismith Women’s College Coach of the Year will be announced on April 4, and the winner will be honored at their school at a later date.

The four finalists will be chosen by the Atlanta Tipoff Club’s national voting academy, comprised of leading journalists from around the country, current and former head coaches, former award winners and conference commissioners, all of whom base their selections on outstanding coaching performances during the 2019-20 college basketball season. The vote will be tabulated and certified by Aprio, a premier, CPA-led business advisory firm, headquartered in Atlanta.

The Yellow Jackets, the No. 7 seed in the ACC Tournament, open play in the second round on Thursday, March 5 at 6 p.m. facing either Notre Dame or Pittsburgh.

Founded during the 1956-57 season, the Atlanta Tipoff Club is committed to promoting the game of basketball and recognizing the outstanding accomplishments of those who make the game so exciting. The Atlanta Tipoff Club administers the Naismith Awards, the most prestigious national honors in all of college and high school basketball. Named in honor of Dr. James Naismith, inventor of the game of basketball, the family of Naismith Awards annually recognizes the most outstanding men’s and women’s college and high school basketball players and coaches. Other Naismith Awards are presented to the men’s and women’s college basketball defensive players of the year, as well as lifetime achievement awards to basketball officials and outstanding contributors to the game. UCLA’s Lew Alcindor received the first Citizen Naismith Trophy in 1969, while the late Anne Donovan (Old Dominion) was the inaugural women’s recipient in 1983. Corporate partners of the Naismith Awards include Citizen Watch Company, Jersey Mike’s and Werner Ladder.