THE FLATS – For the 20th time in the last 22 years, Georgia Tech is going bowling after dropping visiting Miami (Fla.), 27-21, on Saturday night at Bobby Dodd Stadium.

In his first extensive action since sustaining an upper-body injury versus Duke on Oct. 13, senior quarterback and co-captain TaQuon Marshall accounted for all three of Georgia Tech’s touchdowns in the win. In addition to his touchdown runs of 28 and 8 yards and a 31-yard TD pass to Brad Stewart, Marshall led the Yellow Jackets on a 12-play drive that milked the final 6:43 off the clock after Miami scored to make it 27-21 in the fourth quarter.

Marshall and the Jackets converted three third downs on the game-clinching drive, including a pivotal 22-yard pass to Jalen Camp on third-and-6 for the initial first down of the possession.

Miami (5-5, 2-4 ACC) turned the ball over three times in their third-straight loss, which led directly to 13 of Georgia Tech’s 27 points. The Yellow Jackets’ three takeaways give them 23 for the season (they had 10 for the entire 2017 campaign). 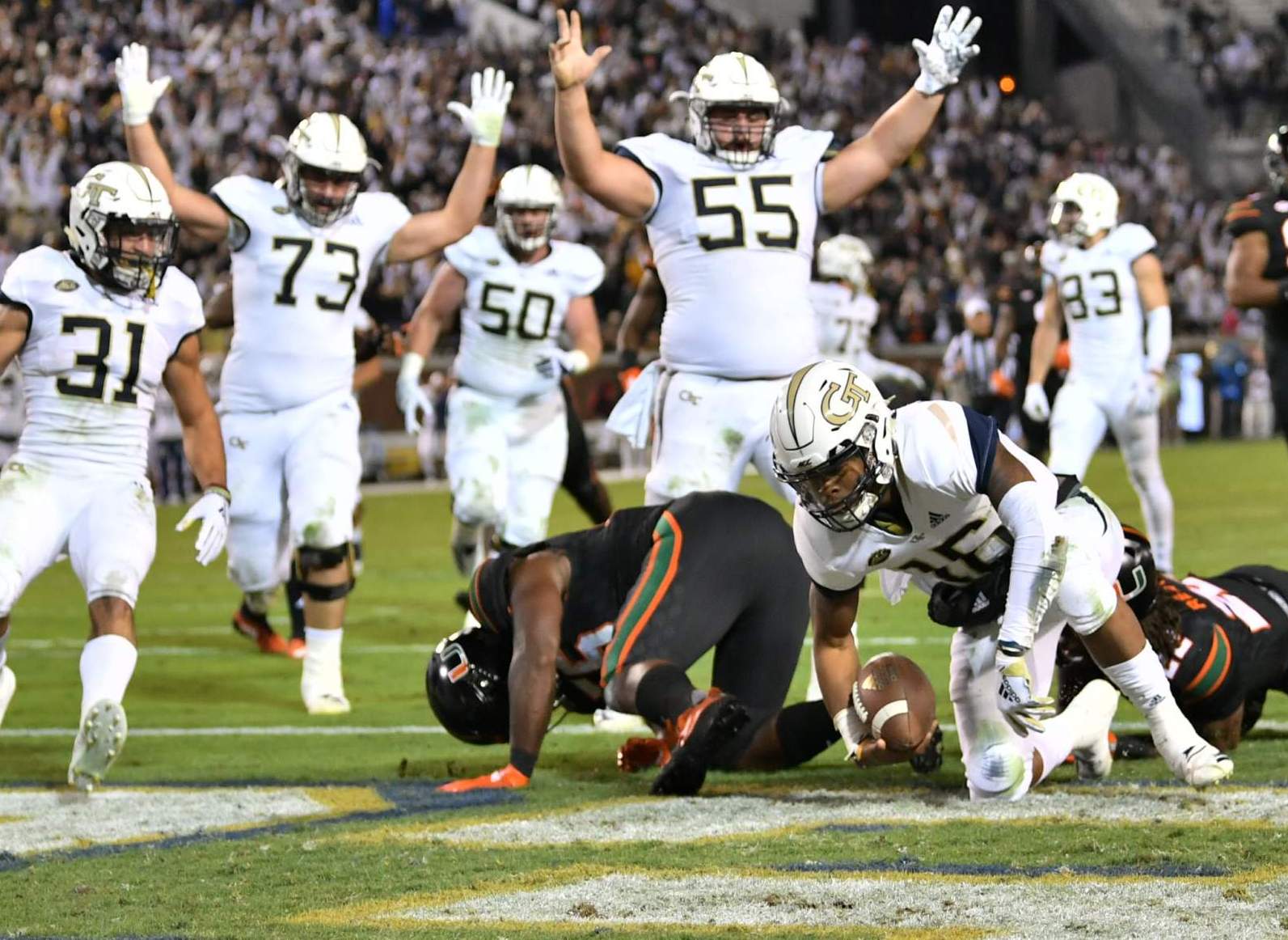 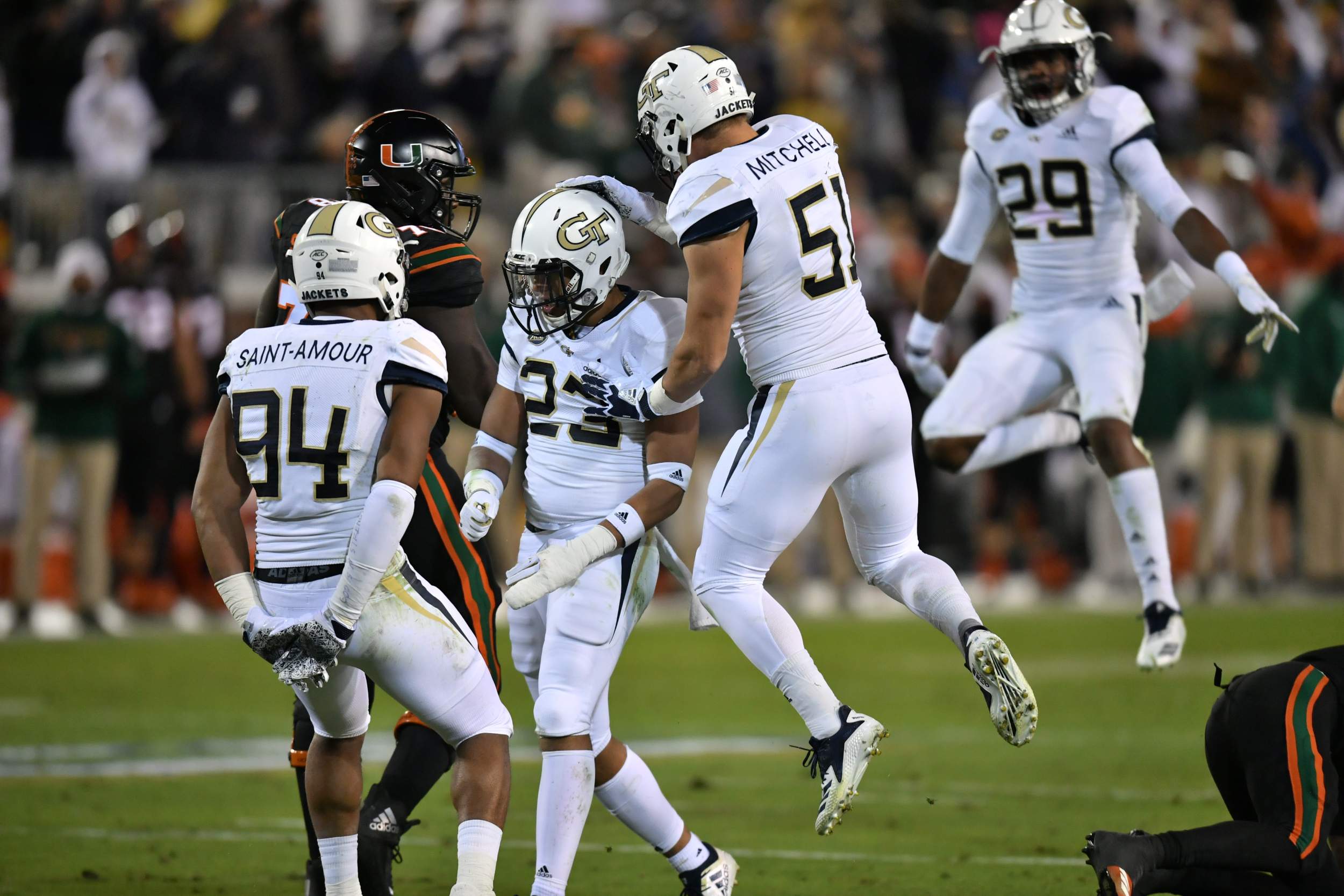 Brant Mitchell (51) and Jalen Johnson (23) combined for 16 tackles and three tackles for loss in Saturday’s win over Miami (Fla.)

Megatron was just honored by @GeorgiaTechFB for his College Football HOF induction.

Not only is he a Georgia Tech icon but Calvin Johnson is an ACC icon as well!#TogetherWeSwarm🐝(@calvinjohnsonjr, @NFFNetwork) pic.twitter.com/ECKU4VGKyn 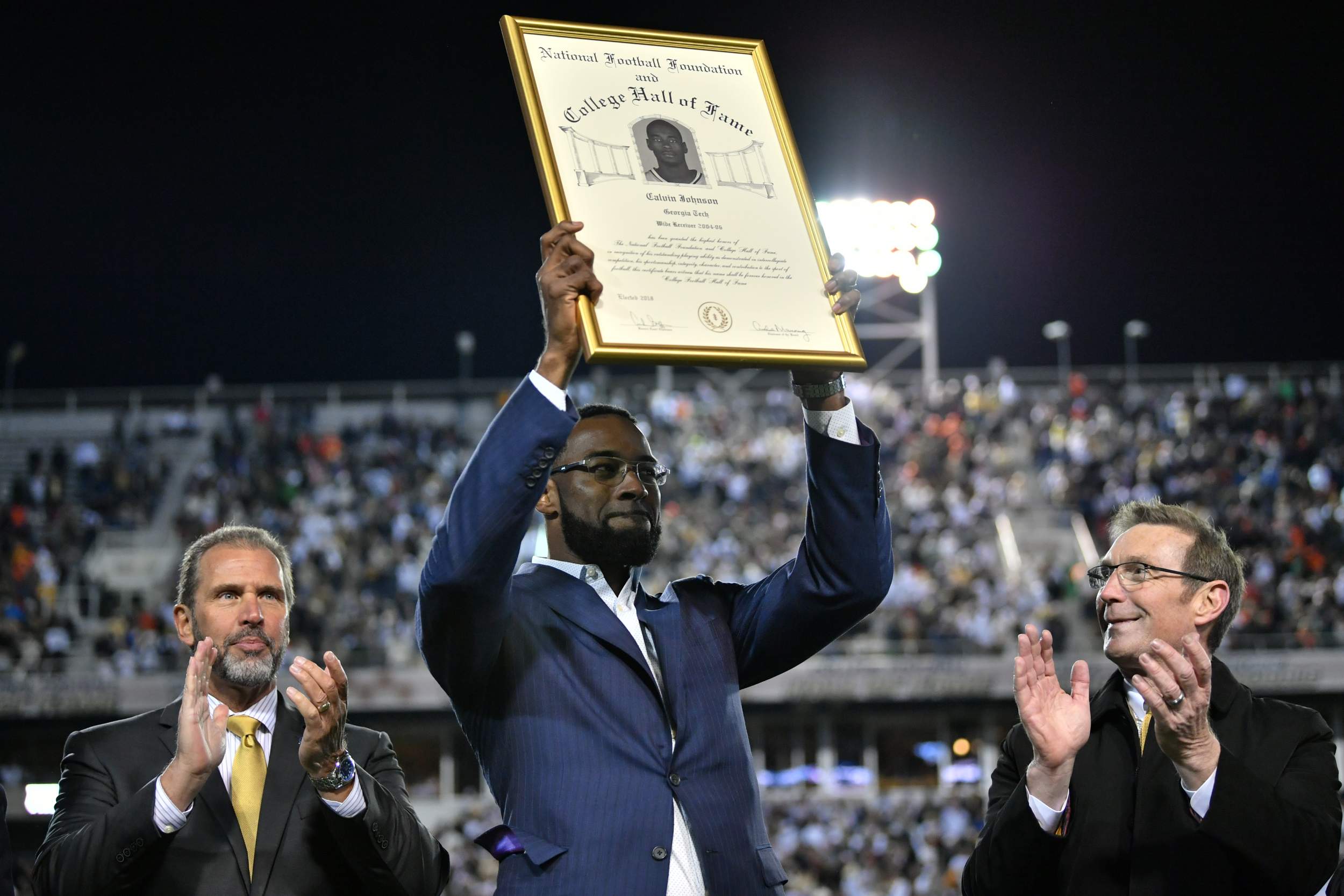