Tech to Host Pitt for Homecoming 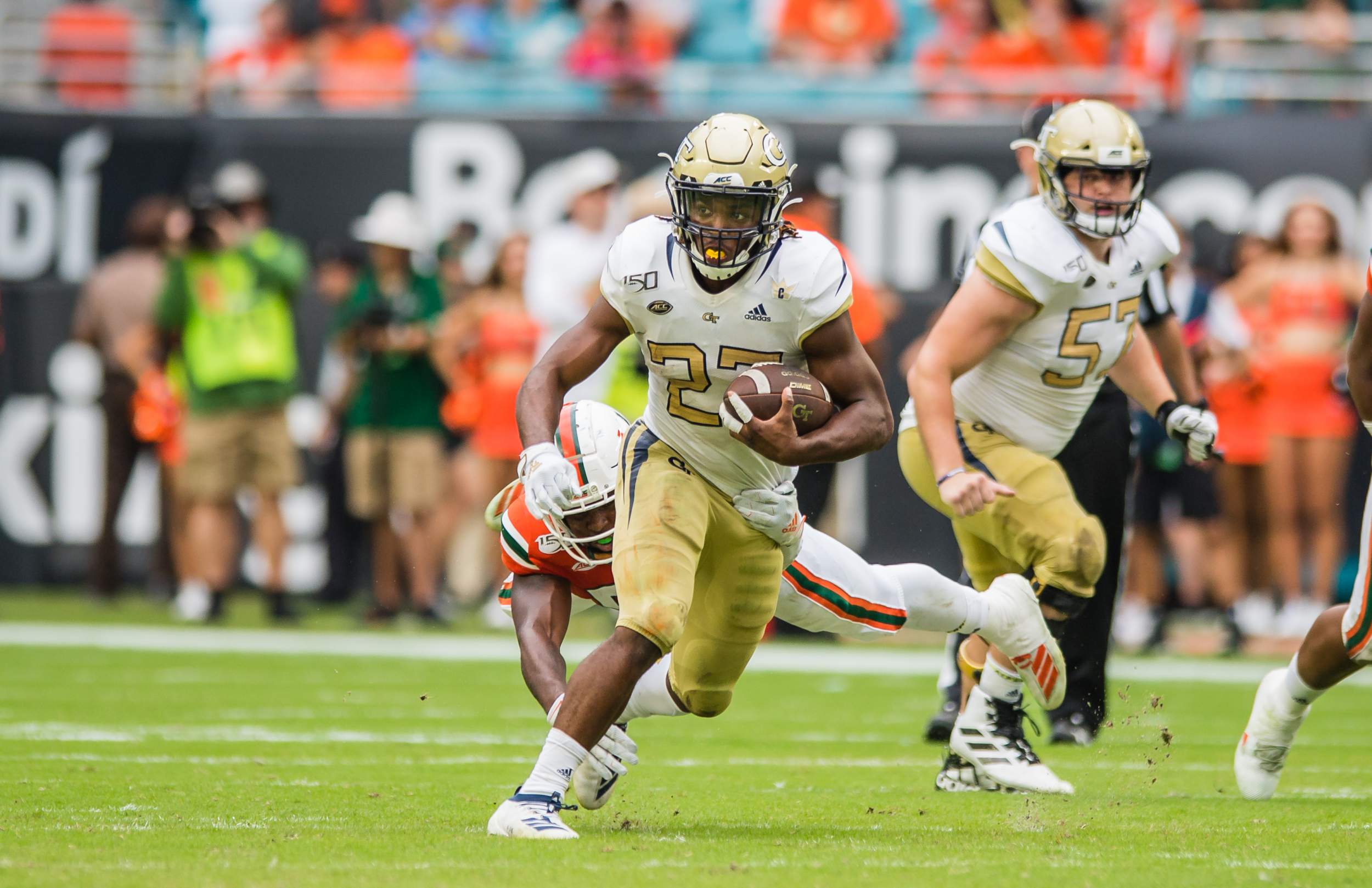 After rushing for a career high 141 yards on Oct. 19 against Miami (Fla.), sophomore running back Jordan Mason (27) is now the top-graded running back (90.4 grade) in all of NCAA Division I FBS this season, according to Pro Football Focus

• Saturday’s game is Georgia Tech’s first home game since Oct. 5. The Yellow Jackets closed October with two-straight road games, followed by an open week.
• In their last game, the Jackets rushed for 207 yards against the nation’s No. 7-ranked rushing defense and pitched a shutout defensively after halftime, capped by a key fourth-down stop in overtime that sealed their 28-21 overtime win at Miami on Oct. 19.

• Georgia Tech and Pitt are squaring off for the 14th time overall and the seventh time since they became conference foes in 2013.

• Close games have defined the series recently, as three of the last four meetings have been decided by five points or less.

• Saturday is Georgia Tech’s annual homecoming game. The Jackets are 53-16-1 since Tech began celebrating homecoming in 1949 but had a five-game winning
streak in homecoming games snapped with a 28-14 loss to Duke last season.