Tech Travels to Take on Wolfpack 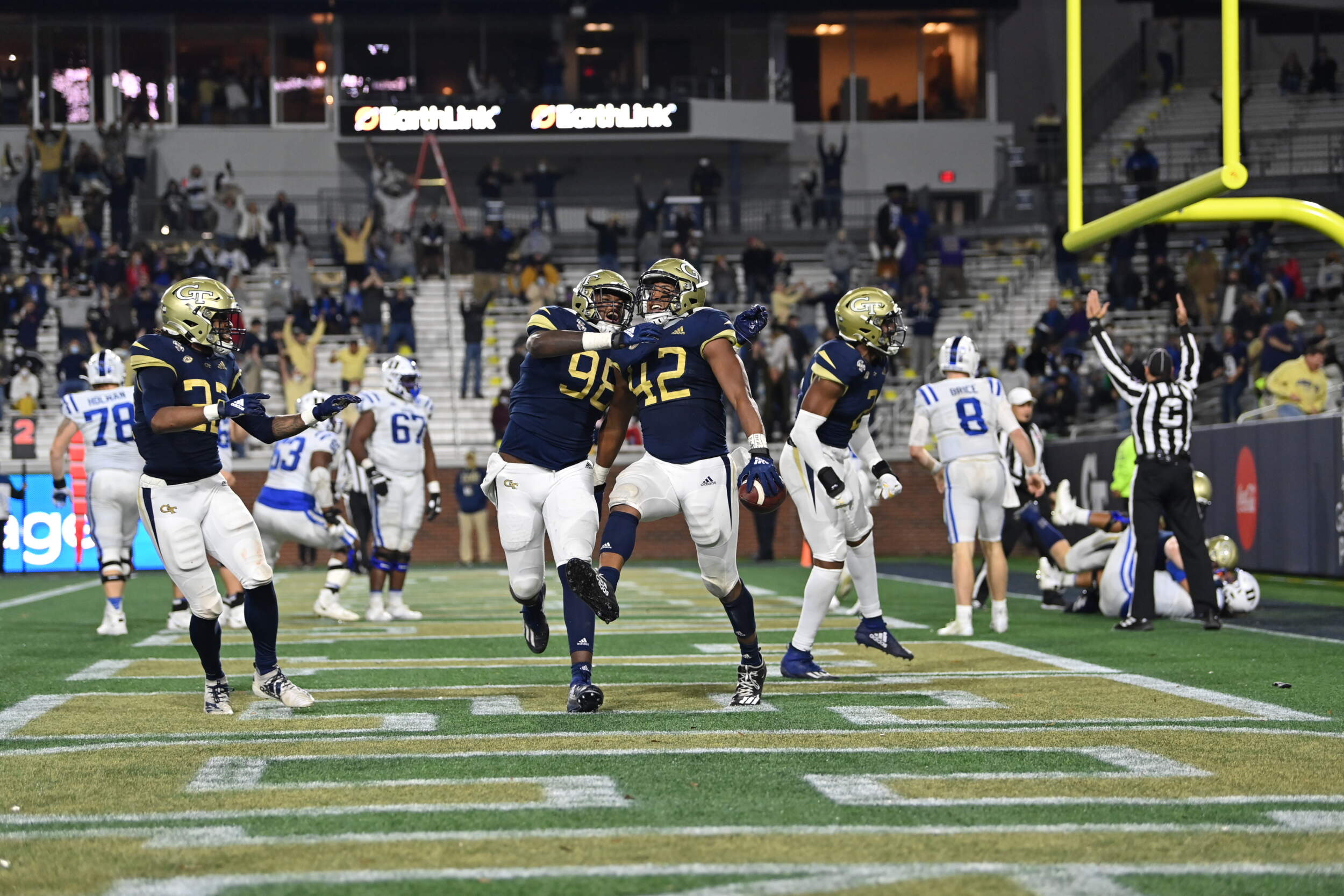 Last Saturday versus Duke, Georgia Tech So. DL Jordan Domineck became the first Power Five conference player to record two sacks, 2.5 tackles for loss, a forced fumble and a fumble recovery for a touchdown in the same game since NC State’s Brian Slay did it against Liberty on Sept. 3, 2011. Domineck is the first Power Five player to accomplish the rare feat against an NCAA Division I FBS opponent since UCLA’s Akeem Ayers versus Arizona State on Nov. 21, 2009.

• Fresh off of its most convincing win in more than two years, Georgia Tech travels to Raleigh, N.C. on Saturday for a matchup with red-hot NC State.

• With the victory over Duke, Georgia Tech (3-5, 3-4 ACC) surpassed its ACC win total from 2019 (2) and matched its overall win total from last season (3) with three games still left to play.

• After going five years between meetings, Georgia Tech and NC State are squaring off for the second-straight season, thanks to the ACC’s revamped 2020 schedule that was spurred by the Covid-19 pandemic. Last season, the Yellow Jackets topped the Wolfpack, 28-26, in a nationally televised Thursday night contest at Georgia Tech’s Bobby Dodd Stadium (Nov. 21).

• Georgia Tech leads the all-time series with NC State, 20-10, and has won three-straight games over the Wolfpack, dating back to 2011.

• Tech has won five-straight games at NC State, dating back to 2002.