The ACC’s Co-Defensive Player of the Year, Cubaj has started all 25 games for the Yellow Jackets and was named to the All-ACC first team by both the Blue Ribbon Panel and head coaches. Cubaj owns 14 double-doubles on the season and has recorded four-straight dating back to the ACC Tournament. The Terni, Italy native is averaging a double-double on the season behind 12.4 points and a team-high 11.7 rebounds per game. She has recorded 17 double-figure rebounding games and 18 double-figure scoring outings this season.

Lahtinen has been a consistent offensive presence for Tech this season, leading the Yellow Jackets in scoring, averaging 14.8 points per game. She was tabbed the first-ever ACC Most Improved Player in Georgia Tech history after increasing her scoring average by over five points a game from last season. The Helsinki, Finland native owns 17 games scoring in double-figures, including 13 with 15 points or more. She set a career-high in scoring, dropping 30 points against NC State to become just one of six players in the ACC to own a 30-plus point game. Lahtinen also earned All-ACC honors, being tabbed to the first team by the Blue Ribbon Panel and second team by the head coaches. 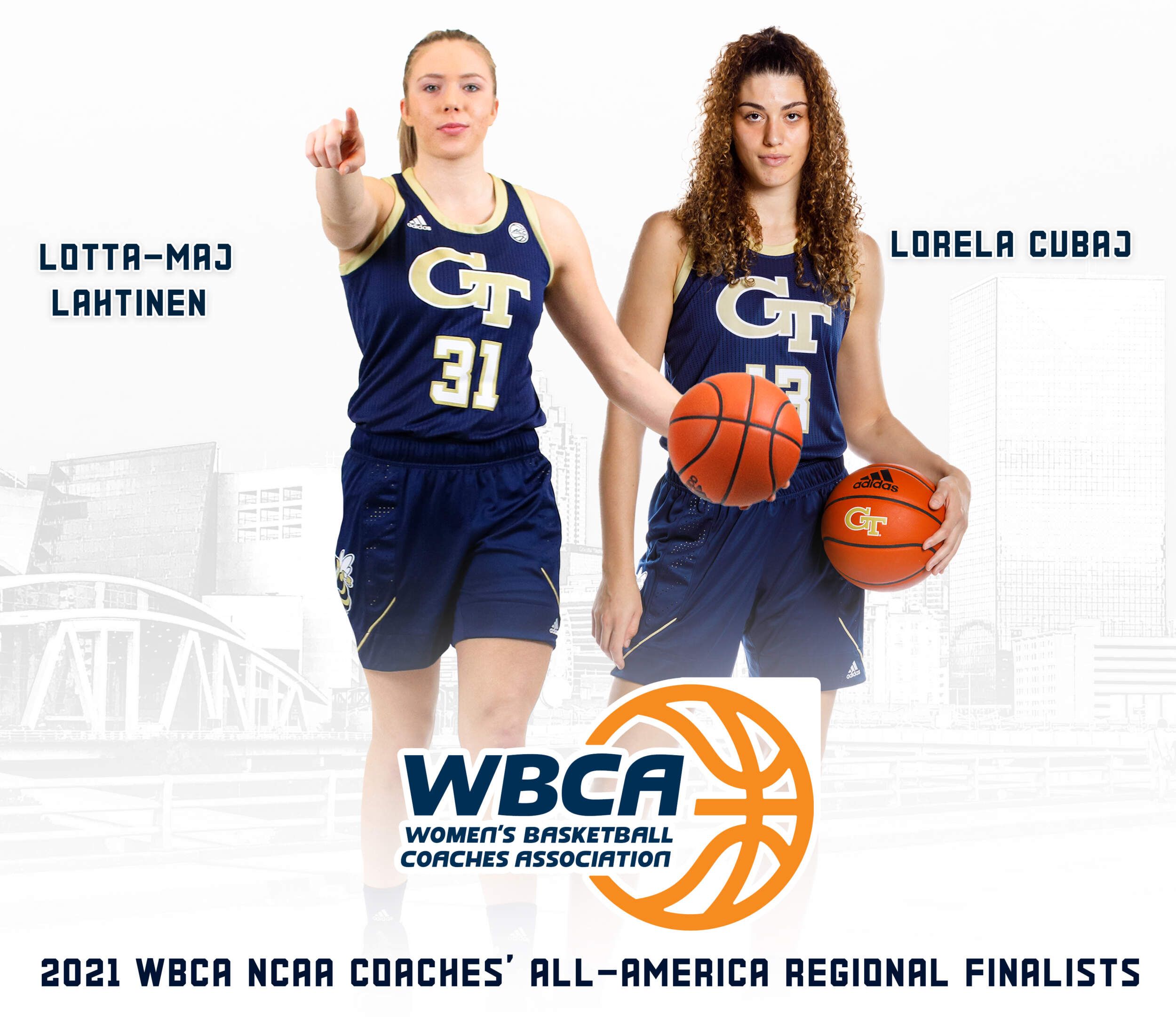 Georgia Tech advanced to the NCAA Tournament Sweet 16 after defeating West Virginia in second-round action Tuesday afternoon. The Yellow Jackets will meet top-seeded South Carolina next. Game time and broadcast information will be announced at a later time.