THE FLATS – Georgia Tech men’s basketball was unable to overcome cold shooting in the first half and 44-combined turnovers between the two teams in the 65-47 non-conference setback to Ball State on Wednesday night at McCamish Pavilion.

The Yellow Jackets (4-5) shot just 22.7 percent in the first half (14.3 from three) en route to finishing at 41.4 percent overall. Conversely, the Cardinals (6-4) started red-hot, shooting 50 percent from the field and 46.2 percent from downtown and finished with a 46.4 field goal percentage.

Tech also committed 16 turnovers in the first half and 24 overall as Ball State turned those miscues into 22 points on the other end to forge its lead.

Tech returns to action Sunday, Dec. 22, facing Boise State in the opening round of the Diamond Head Classic in Honolulu, Hawai’i. Tipoff is at 5 p.m. Eastern time, and the game will be televised live on ESPNU. 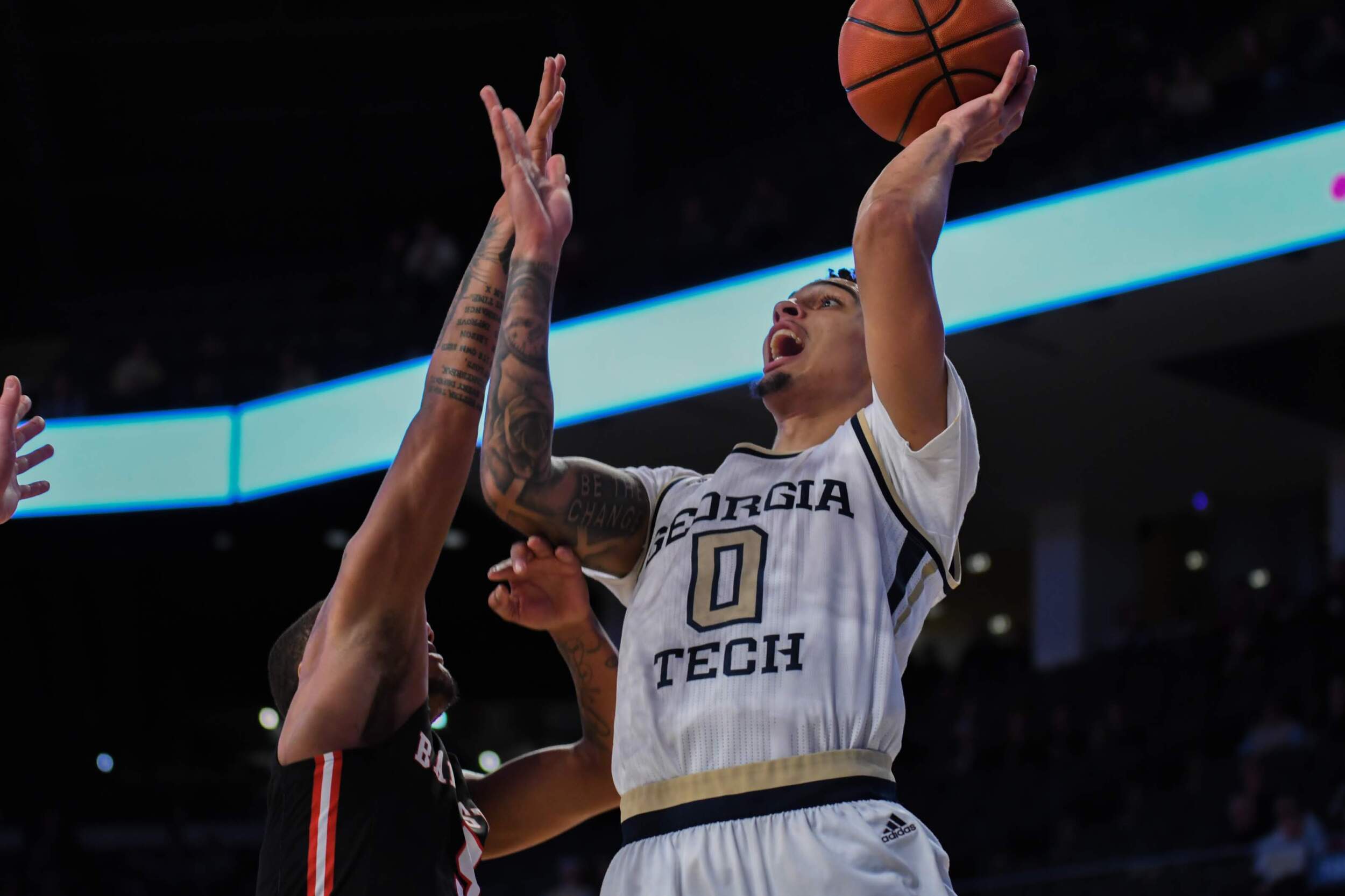 Sophomore guard Michael Devoe led the Yellow Jackets in scoring, finishing with 11 points and four rebounds on the night. (photo by Danny Karnik) 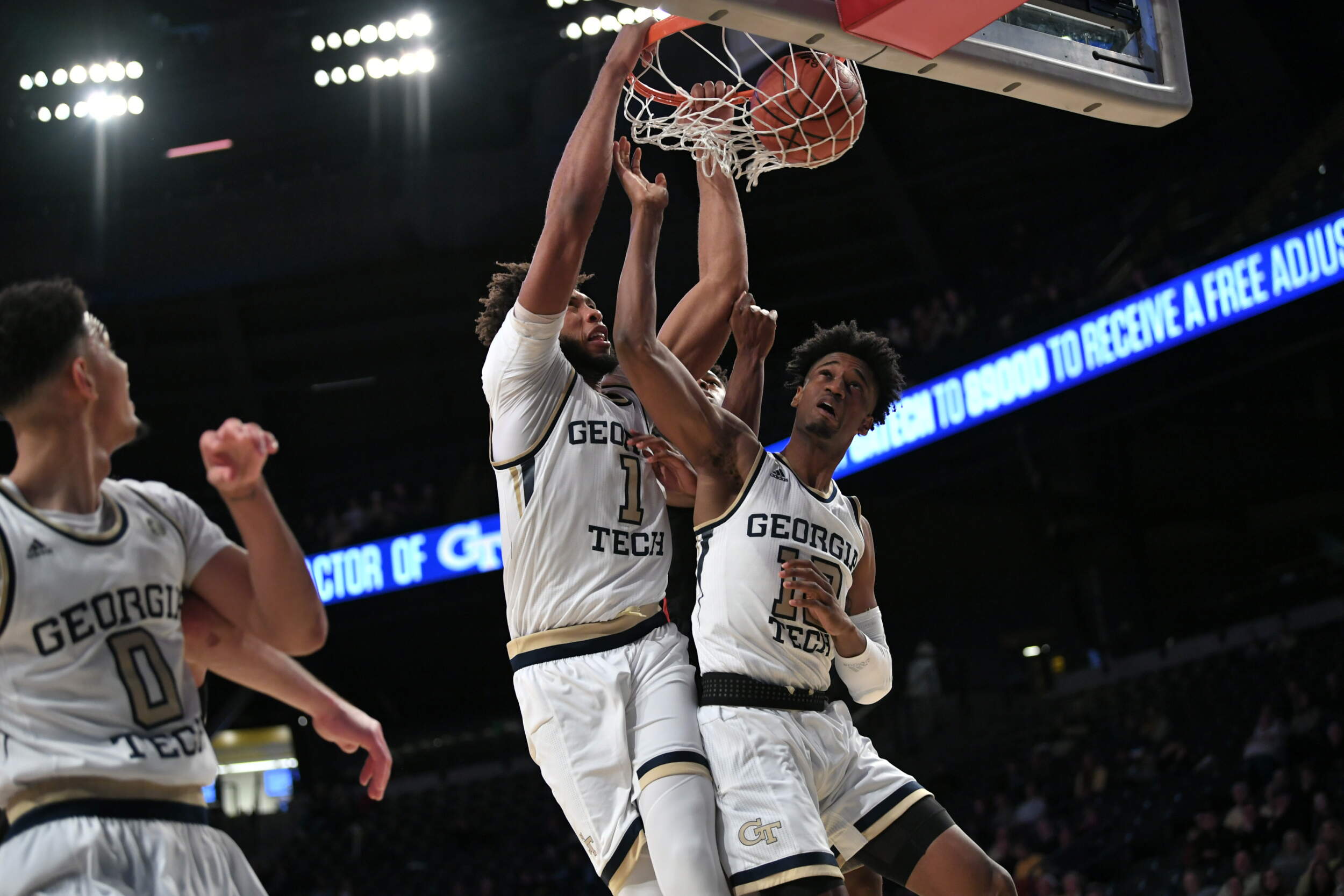 Senior forward James Banks III led the big men, hauling down a team-high nine rebounds to go along with 13 points on Wednesday. (photo by Danny Karnik)