“First of all, give Ball State full credit, they did a great job, played really well. Coach [James] Whitford is a great coach and Ball State deserves all credit. Secondly, you know when you lose games it falls directly on the head coach. I don’t have an explanation on why we played like the way we did. I thought we played very selfish, I thought we were very lethargic. In my four years here it was the most times the ball has stopped, and we didn’t play ‘the open man is the go-to man’. We played ‘my shot’, not ‘the open man’s shot’. We had a great shoot around this morning, guys had great energy. We had a good practice yesterday and the day before with great energy. So, I don’t know why we were so lethargic and played so selfish. But again, that falls on me. That’s not on the players. I’ve got to do a better job with that. Our last three games, two of the three we just have been poor and that falls on me, so I’ve got to do a better job.”

On Jordan Usher struggling in his Georgia Tech debut:

On having more turnovers than points scored in the first half:

“Of my four years this is the worst game, maybe my 11 years as head coach, my worst game I’ve been around in terms of energy, and not able to explain it. I can’t explain on this one. Like I said, we had a very good shoot around and guys have practiced well, and we just played well on Saturday versus Kentucky. So, I don’t know why we played, ‘my shot, my shot, my shot’. We never played, ‘the open man is the go-to man’. Again that falls on me. It was very disappointing.”

On trying a different lineup in the second half:

“We just went smaller to try to mix some things up. We started pressing to try to change the tempo. Again, to start the game we got stops and we just couldn’t score again. We’d just turn it over. We’re not taking advantage early in the game. We’re getting some stops, we just get stuck not being able to score.”

“Obviously he didn’t play well, and we need Michael to play well. And he’s just got to learn that he can’t do it all on his shoulders. He’s got to be in the same boat that the open man is the go-to man. It can’t be, ‘my shot’. However again, this falls on me, not on the players. We’ve just got to figure it out and re-group and try to win some games in Hawaii.” 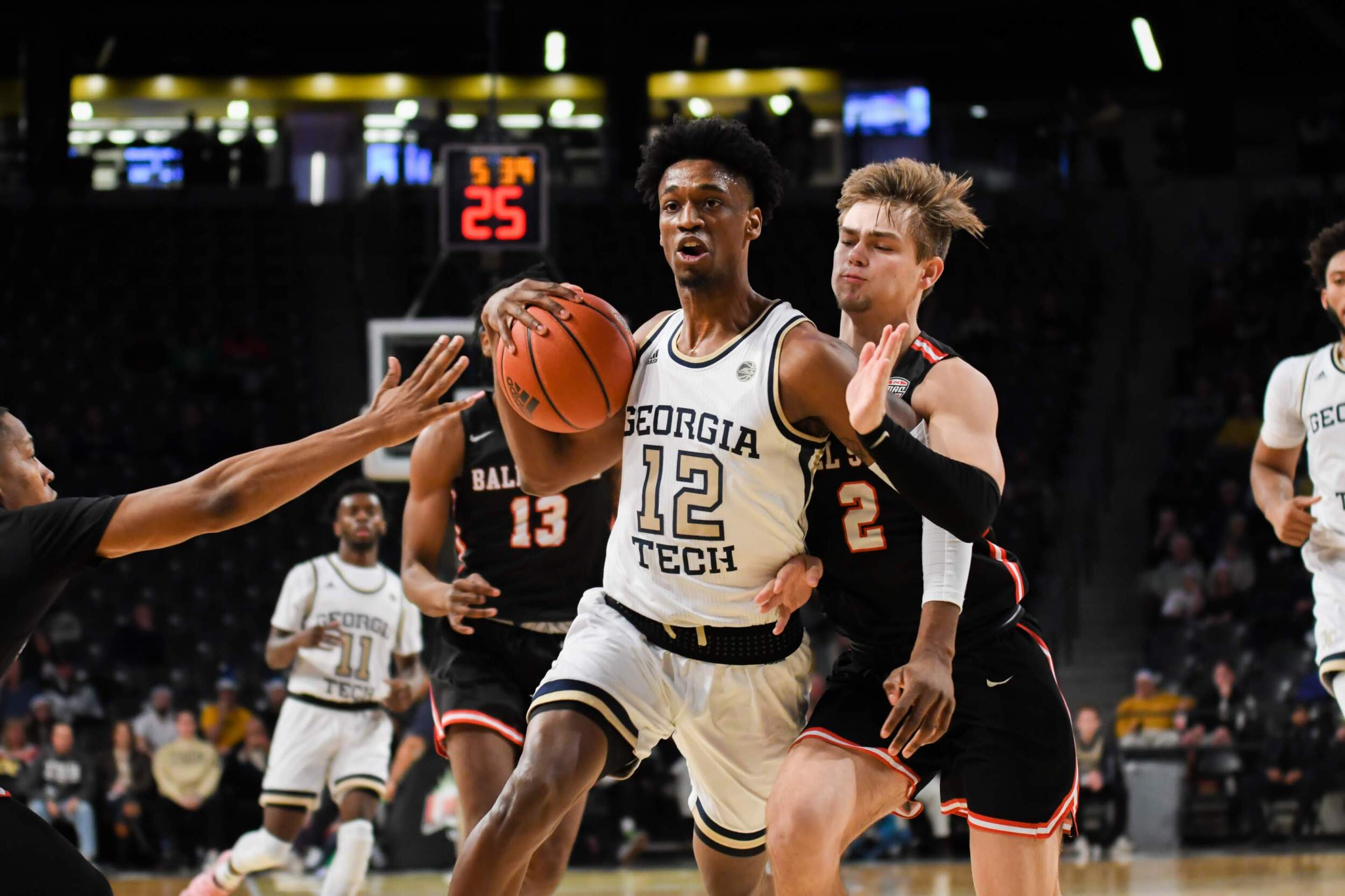 “I couldn’t be more proud of our guys. I thought we really played our best game of the year by far, [on] both sides of the ball. It was a big win for us. I thought it was a big boost for us to get K.J. Walton back who’d been hurt. [That] made a big difference. This is a great win.”

“We were worried about their size and their ability to score at the rim. The term we use is ‘shrink’ to take away their rolls, to take away the baskets from James Banks. We were trying to really limit those.”

“I thought we defended the way we like to defend. When they were coming off those [exchanges] we really corralled the ball well. It’s not easy to add and subtract players from your lineup. My team went through it last year. It’s hard. When you add better players it takes a while. It throws off your chemistry. My team went through it last year. You could see their rhythm being a little off. That’s normal. You have no way to get through it other than to just play. You have to get that kind of time together on the court. I thought we did a good job. You could see they were a little out of synch. I thought that was part of it.

And we’re small compared to them, but we’re very skilled in the frontcourt. We can shoot threes from the four and the five. Once we were able to get them out of their zone, and we’re a hard team to zone because we shoot a lot of threes, then I thought the thing that was uncomfortable for them was that it was hard to play Moses Wright and James Banks together, and even to an extent Evan Cole. [That’s] because of Kyle [Mallers’] ability as a shooter and Brachen [Hazen’s] ability as a shooter and so they tried going small. Understandably so because they weren’t doing a zone and they were having a hard time matching up. They were playing Jordan Usher at the four and they were playing lineups that they really weren’t comfortable with. They don’t have a lot of time together. You combine that with playing people out of position because they’re trying to figure out how to guard Kyle, Brachen and all these bigs that can shoot threes… You put all of that together and it became the perfect storm.”

On the significance of tonight’s win:

“It’s big. They’re all big. It certainly is a great feeling. For our level… [Georgia Tech] knows we can beat them. Everyone knows that if they play our conference they’ll be favored but… it’s a good league. The visibility of a BCS win is big. In terms of the perception of it and what it means. Our league gets quite a lot of them. It’s not that uncommon. You don’t get that many people that play us and when you get them it’s a feather in your cap because of the media attention and all the stuff that comes with it. We don’t get to play that many. You get two or three cracks a year and when you get one it’s a really good feeling. It’s good for the university. It’s good for everybody. And in that way, anytime you get a BCS win, if you’re us, it’s a big deal.