A finalist for both the 2018 Dick Howser Trophy and the 2018 Johnny Bench Award, Bart was recently selected No. 2 overall by the San Francisco Giants in the 2018 Major League Baseball First-Year Player Draft becoming the highest draft pick in Tech’s baseball history.

A 2018 first-team all-American, Bart was also tabbed the Atlantic Coast Conference (ACC) Player of the Year, ACC Defensive Player of the Year and earned a spot on the all-ACC first team after a stellar junior campaign in which he led the ACC in hitting with a .359 average on the season. He led Georgia Tech and ranked second in the league in slugging percentage (.632) and hits (79), while also posting a team-high in home runs (16), runs scored (55) and on-base percentage (.471), which all ranked in the top 10 in the ACC. 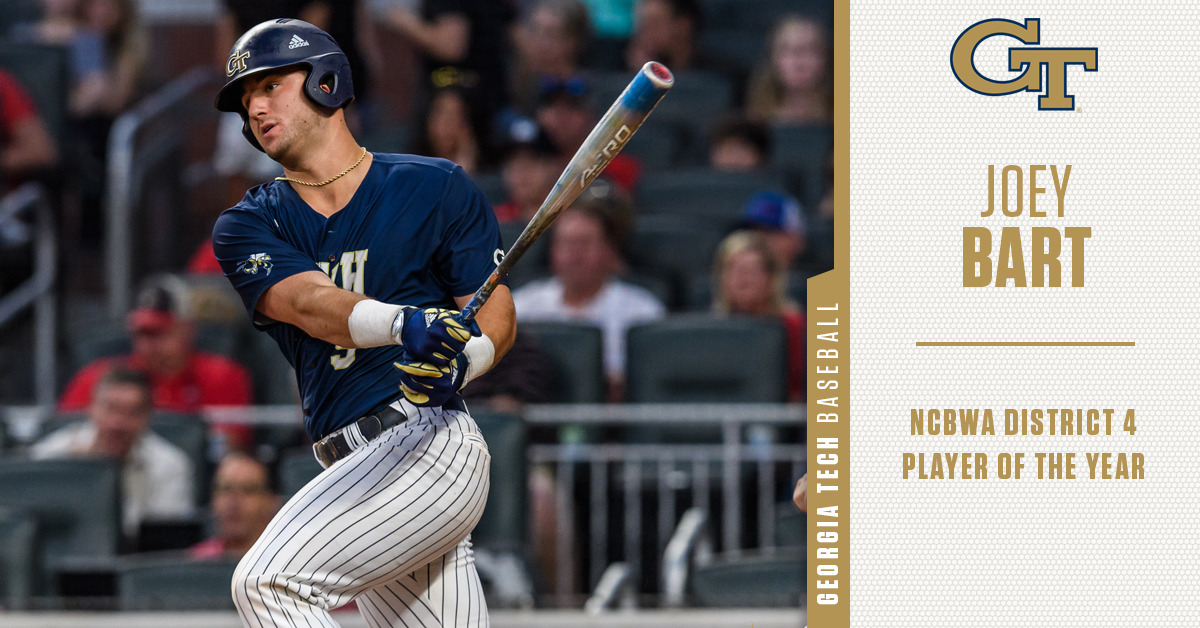