THE FLATS –Georgia Tech freshman Elizabeth Balogun was named the Atlantic Coast Conference Freshman of the Week for the fourth time this season after helping the Yellow Jackets to a 1-1 week in conference play, including a top 15 defeat over Syracuse.

Balogun paced Tech’s offense on the week, averaging 21.5 points. The Chattanooga, Tenn., native knocked down a career-high six three-pointers at Clemson to open the week, finishing with a team-high 23 points against the Tigers. She followed that performance with a 20-point outing against No. 12 Syracuse on Sunday. She hit four three-pointers, pulled down seven rebounds and blocked a career-high six shots to help the Jackets upset No. 12 Syracuse. 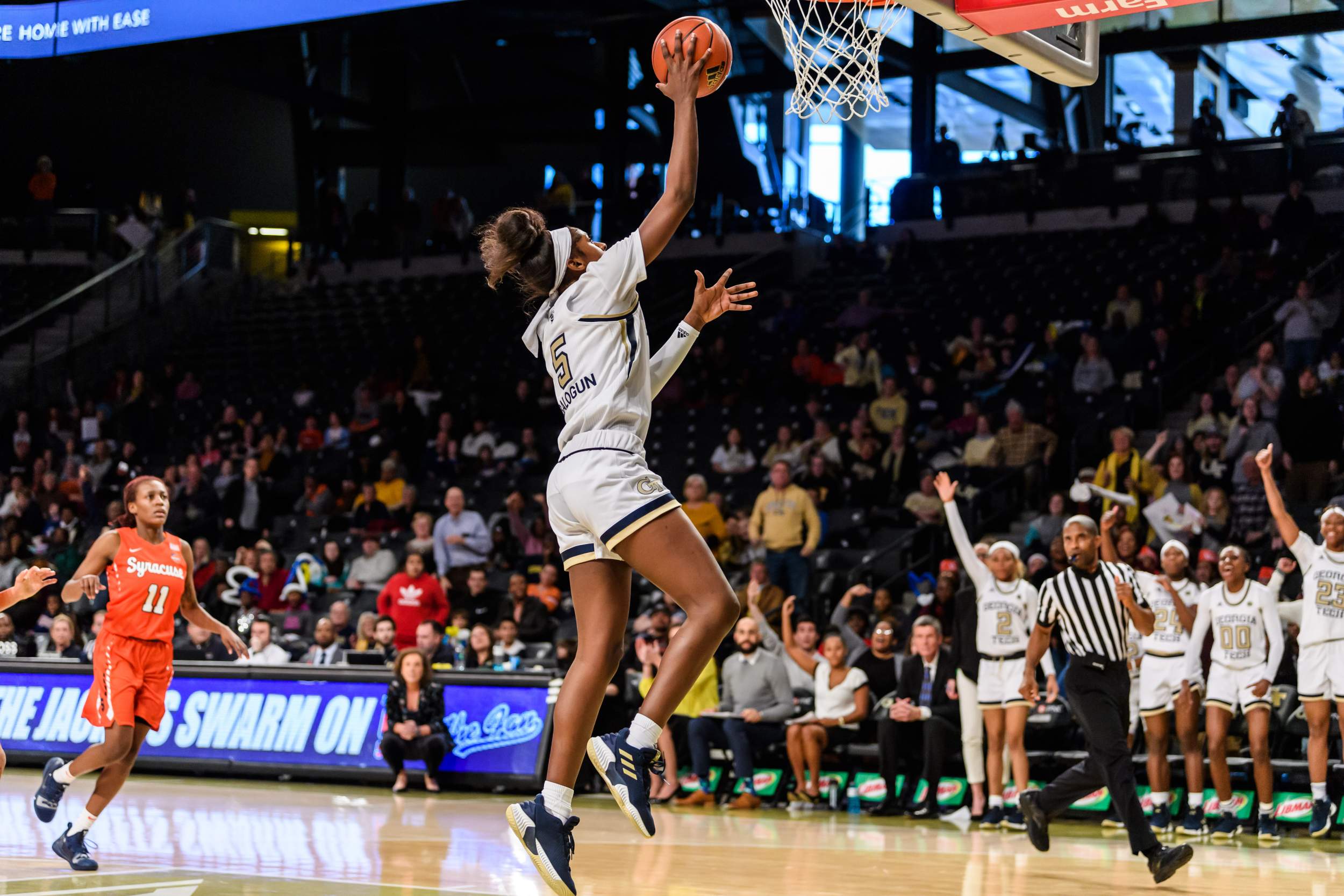 Balogun now has 15 games scoring in double-figures this season, including the last 11 outings. Her 20-point game against the Orange marked the fifth 20-plus point outing this season. She currently leads the team in scoring, averaging 15.4 points per game and owns a team-best 26 blocks on the season.

The weekly honor is the ACC-leading fourth for Balogun and sixth overall for the Yellow Jackets this season – classmate Elizabeth Dixon has earned two.

Georgia Tech returns to the hardwood on Sunday, Jan. 27 to welcome NC State. Tip is slated for 2 p.m. on ACC Network Extra.