THE FLATS – Georgia Tech women’s basketball cruised to an 89-42 victory Sunday afternoon over Grambling State behind five Yellow Jackets scoring in double-figures. The win pushed Tech to 2-0 to open the Nell Fortner era.

How It Happened
Following a competitive first quarter that saw two lead changes and Grambling State hold its only advantages of the game, Georgia Tech led by a slight 20-19 margin at the break after Francesca Pan hit a triple to return the lead to the Yellow Jackets. Tech opened a double-figure lead in the second quarter after Lotta-Maj Lahtinen sank a triple at the 5:48 mark. For the second consecutive game, the Jackets held their opponent to below five points in the second period as the Tigers scored three points off a field goal and free throw. Tech outscored Grambling State, 23-3, in the frame to take control of the game.

Tech continued to widen its margin in the second half and broke open a 40-point advantage in the fourth quarter off a Kierra Fletcher bucket. Jasmine Carson capped Tech’s offensive output with a bucket at 1:13 to give Tech its largest lead and final score, 89-42. 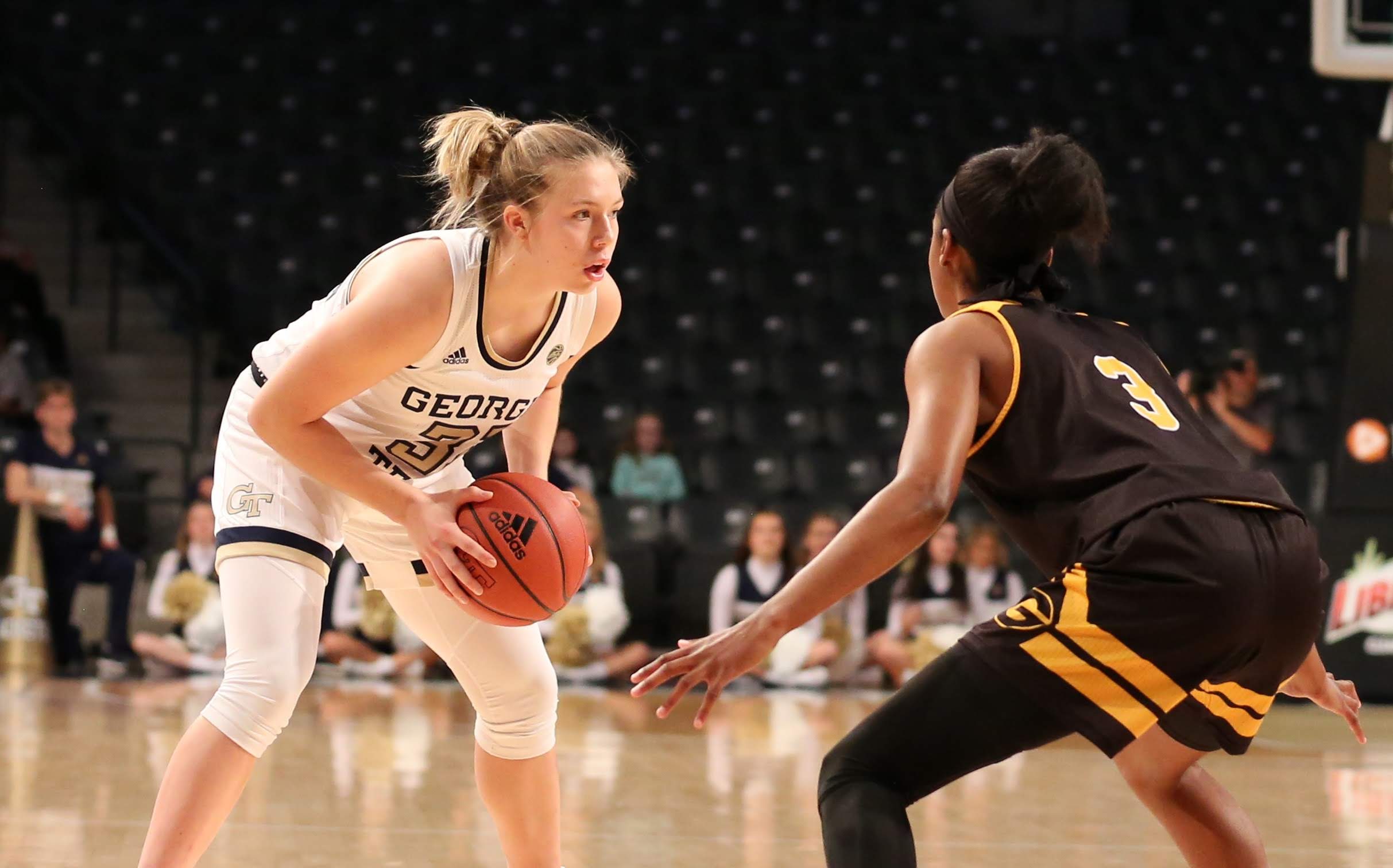 For the game, Tech shot 47.8 percent (33-69) from the field, 88.9 percent (16-18) from the free throw line and won the rebounding battle, 41-24. The Jackets committed only five turnovers in the contest, setting a program record for fewest turnovers in a game. The previous mark was six turnovers on three occasions, most recently against Davidson in 2003.

Pan led the Jackets offensively with 17 points, followed by Nerea Hermosa (15), Lorela Cubaj (14), Fletcher (13) and Carson (11). On the glass, Cubaj and Fletcher each pulled down eight rebounds, nearly missing double-doubles. The Jackets recorded 23 assists on 33 made field goals fueled by seven helpers from Fletcher and six from Lahtinen.

“There are a lot of areas tonight that I thought that we cleaned up from the last game,” commented head coach Nell Fortner. “One of them was free throws and one of them was turnovers. Five turnovers, that’s a really nice job and a really nice focus. I thought [Kierra] Fletcher came into the game really focused with good leadership and it transferred into everybody playing well off of her. It starts at the top and it started with her tonight at that point position and filtered its way down to her teammates in a good way.”

Next Up
Georgia Tech hits the road for its first contest away from McCamish Pavilion this season, traveling to in-state rival Georgia on Sunday. Tip is slated for 2 p.m. in Stegeman Coliseum on SEC Network Plus. 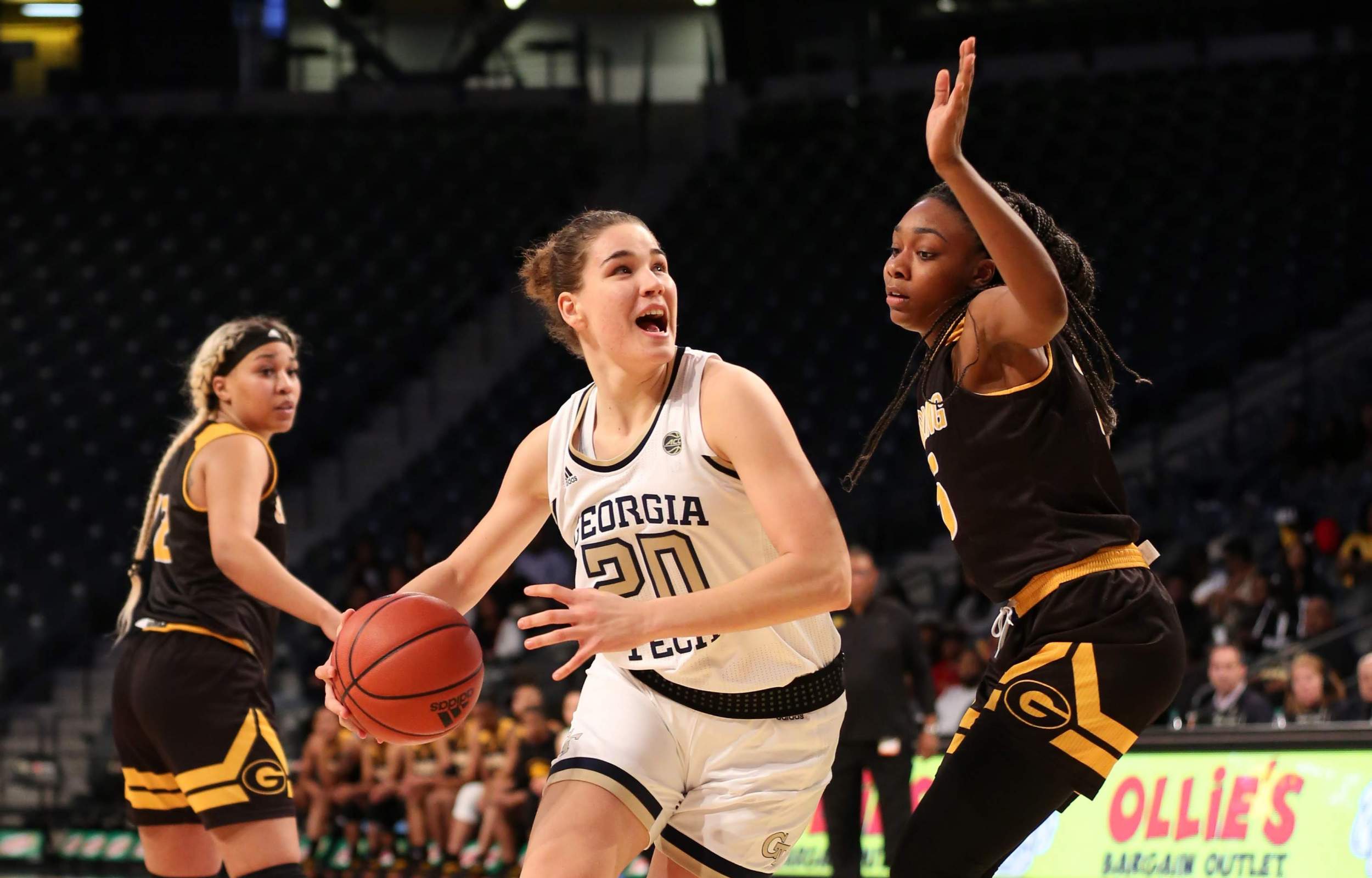