Kent’s mark was just over a second faster than the previous record of 7:57.73 set by Nahom Solomon in 2019. The Atlanta native moved up past nearly half the field of competition during the second half of the race. This is the first individual school record that Kent has broken in his collegiate career. His time was just over ten seconds faster than his previous personal best of 8:06.63. At the time of publication Kent now holds the No. 10 mark in the country in the 3K. 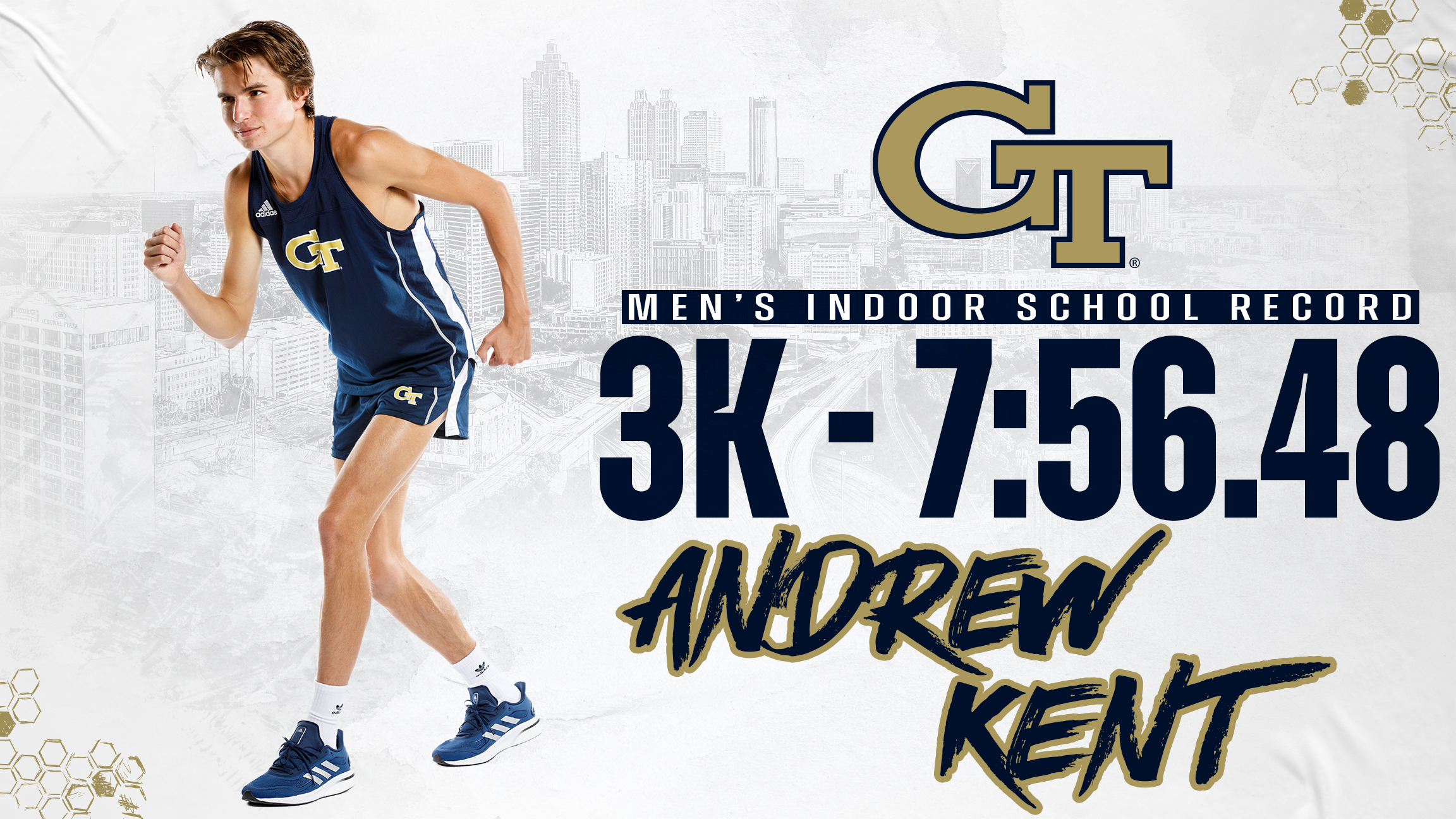 Tech had eight top-five finishes across both the men’s and women’s events at the Invite.

Sophomore jumper Attallah Smith took first in the women’s long jump as she leapt for a mark of 6.14m/20′ 1.75″ on her first attempt. That mark currently puts her in a four-way tie for the 24th best leap in the nation.

Senior distance runner Nicole Fegans crossed the finish line at 9:21.05 to place third in the women’s 3000m. Fegans now ranks 13th in that event, as well as holding the eighth-best 5000m time, a mark she earned at the Carolina Challenge on Jan. 23rd.

Joining Kent on the men’s end of things sophomore vaulter Brian Hauch led the Jackets as he cleared a height of 5.16m/16’11”, setting a new PR as he took second. True freshman jumper John Watkins also had a top-five performance, taking fourth in the triple jump at 14.92m/48’11.5″.

“The men had a good meet today with several of the guys posting PRs,” said head men’s track & field coach Grover Hinsdale. “There were two performances that really stood out to me. Kent ran a beautiful 3000m breaking the school record held by Nahom Solomon; And Hauch set a pretty substantial PR in the pole vault. We head back now to prepare for our last competition prior to the ACC Indoor Championships.”

“For the fifth week in a row on the road we could see the grind taking a toll a little on the women,” added head women’s track & field coach Alan Drosky. “Yet we still saw a good number of personal bests and some great efforts.  We think that bodes well for some outstanding performances once we begin tapering for the championship meets.  Every event group is making progress each week.  And the depth of our team is really starting to show. Individually, Top 25 NCAA marks for Attallah with her win in the long jump and seasonal bests for Nicole in the 3000m and Taylor in the 60m hurdles were highlights of the meet.”

The Yellow Jackets will compete at two separate indoor meets for Week Six, with squads heading to the Tiger Paw Invite in Clemson and the Music City Challenge in Nashville next weekend.