THE FLATS – Georgia Tech women’s basketball assistant coach Blanche Alverson was recognized by The Women’s Basketball Coaches Association on Wednesday, being named to the WBCA Thirty Under 30 presented by Morgan Stanley Global Sports & Entertainment list for the 2020-21 season.

The WBCA Thirty Under 30 program was created to recognize 30 up-and-coming women’s basketball coaches age 30 and under at all levels of the game. Each honoree has exemplified their involvement in community service, mentorship and impact on others, professional manner, and attitude and professional association involvement. In its sixth year of the program, Alverson is the only ACC coach named to the list in 2021.

In her second season at Georgia Tech, Alverson has helped lead the Yellow Jackets to a combined 35-19 (.648) record through two seasons thus far as Tech opens the 2021 NCAA Tournament on Sunday. During her first season with the Jackets, Tech defeated four top-25 opponents, including two on the road, and reached the quarterfinals of the ACC Tournament. The Jackets are in the midst of a storied season in 2020-21, having finished the ACC season with a 12-6 record, tying the most league wins in program history, and finishing the regular season in third-place for the best outright finish in program history. With the finish, Tech earned the No. 3 seed in the ACC Tournament and advanced to the semifinals for the first time since 2012. 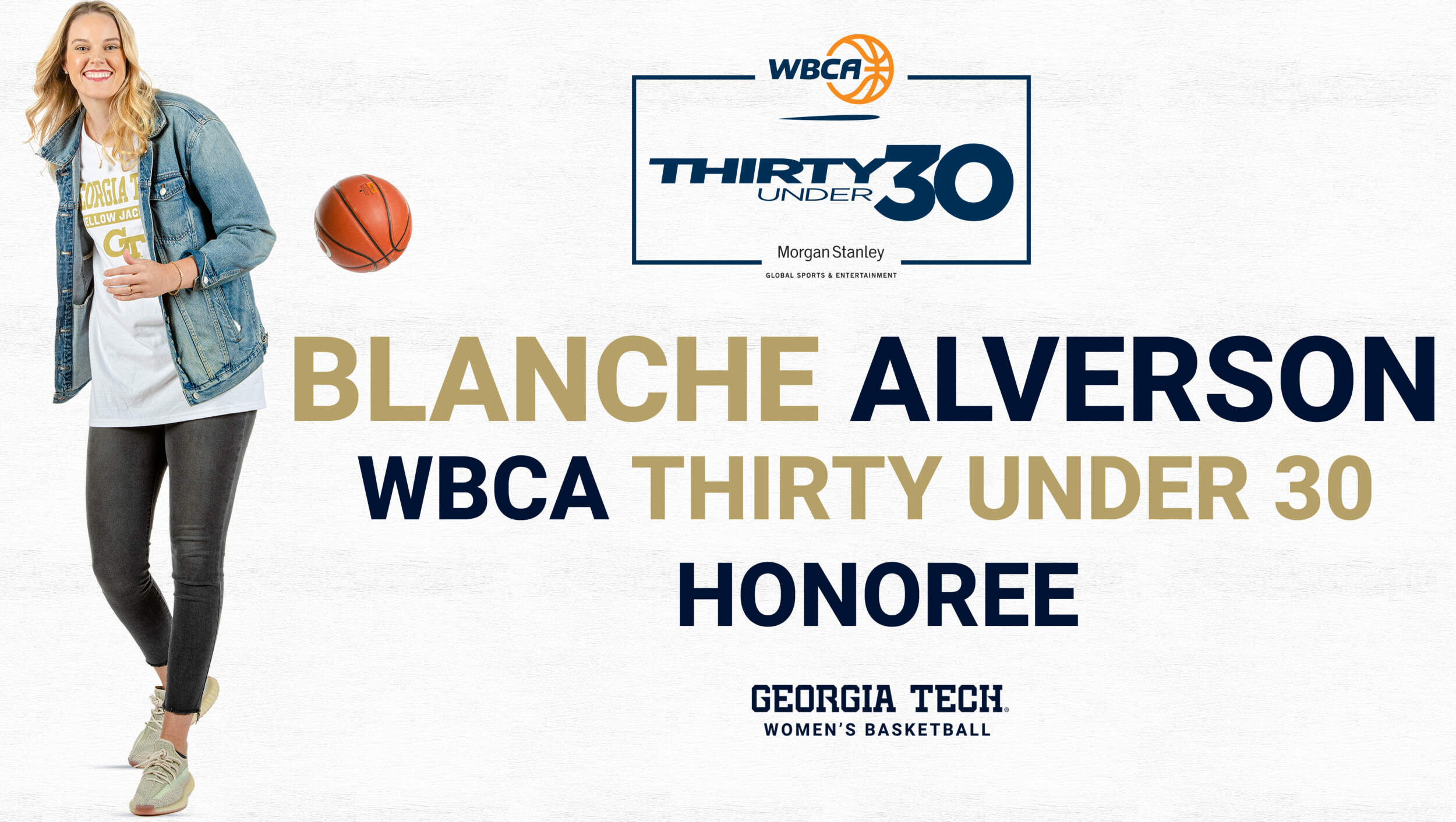 The Andalusia, Ala., native arrived on The Flats after spending two seasons at the University of Southern California. While with the Trojans, Alverson helped ink the No. 5 recruiting class in the country and tutored five student-athletes to Pac-12 academic accolades. Additionally, six Trojans picked up All-Pac-12 honors during her two-year stay.

Prior to her time at USC, Alverson served one year at New Mexico State as an assistant coach where she helped sign two top-150 prospects as part of her co-recruiting coordinator role. The Aggies won their third-straight Western Athletic Conference Tournament Championship in 2017, finishing the season undefeated in league action and earning the conference’s automatic bid to the NCAA Tournament.

Alverson started her coaching career as a graduate assistant at Texas Tech, spending two seasons with the Red Raiders from 2014-16. A four-year letterwinner at Auburn from 2009-13, Alverson played three years for head coach Nell Fortner.