After a competitive non-conference schedule concludes, Tech opens its conference slate with a pair of home contests when Virginia (Dec. 29) and Miami (Jan. 2) visit The Flats. The Jackets will make their first appearance on the new ACC Network on Jan. 5 at Wake Forest before concluding the road swing at Florida State on Jan. 9.

Tech and Clemson tip off for the first game of the two-game series on Jan. 12 in McCamish Pavilion before the Jackets make the midweek trip to Syracuse on Jan. 16. Two opponents await the Jackets at home with Tech hosting Boston College (Jan. 19) and North Carolina (Jan. 23) before Tech closes the month with road trips to Duke (Jan. 26) and Miami (Jan. 30) for the second game on ACCN.

Notre Dame and Tech tip off on the ACC Network on Feb. 2, while the Jackets travel to Pittsburgh for a tilt on Feb. 6. Tech returns home to host Wake Forest (Feb. 9) before hitting the road for a pair of matchups at Virginia Tech (Feb. 13) and NC State (Feb. 16).

The Jackets play their final two home regular season contests, welcoming Louisville (Feb. 20) for a contest on the Regional Sports Network (RSN) and Florida State (Feb. 23). Tech will make the return trip to Clemson on March 1 for its final regular season game of the season.

All 135 ACC regular-season conference games will be available through the ESPN family of networks, including the new ACC Network, the conference’s Regional Sports Network or ACC Network Extra. The ACC Women’s Basketball Tournament will return to the Greensboro Coliseum, March 4-8, for the 20th time in 21 years. 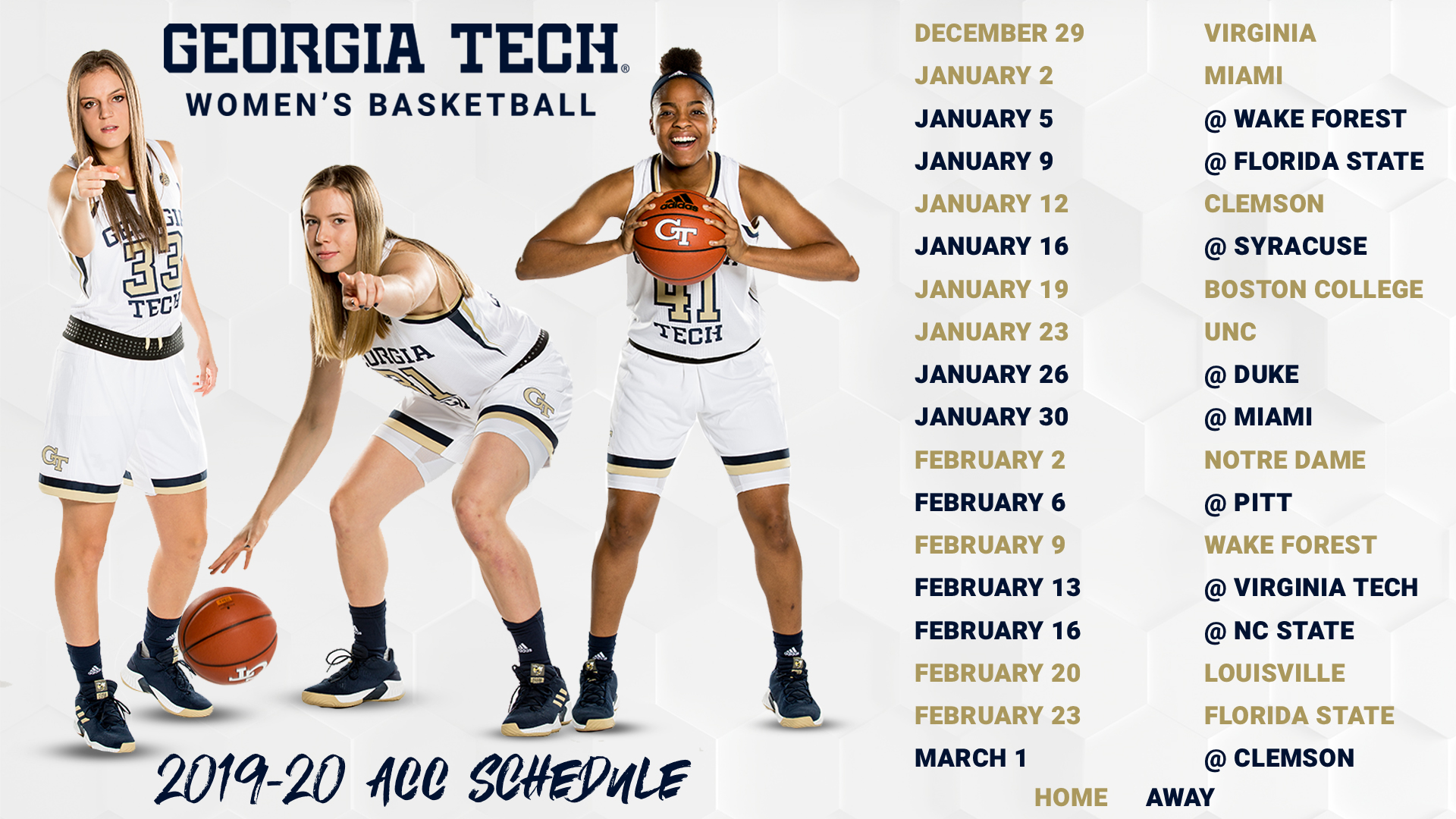