The Yellow Jackets are one of six Atlantic Coast Conference teams featured in the top-30 in the most recent poll. No. 3 NC State, No. 14 Georgia Tech, T-No. 18 Florida State, No. 23 Duke, No. 27 North Carolina and No. 29 Boston College rounded out the ACC schools in the poll. The entire poll can be found here. 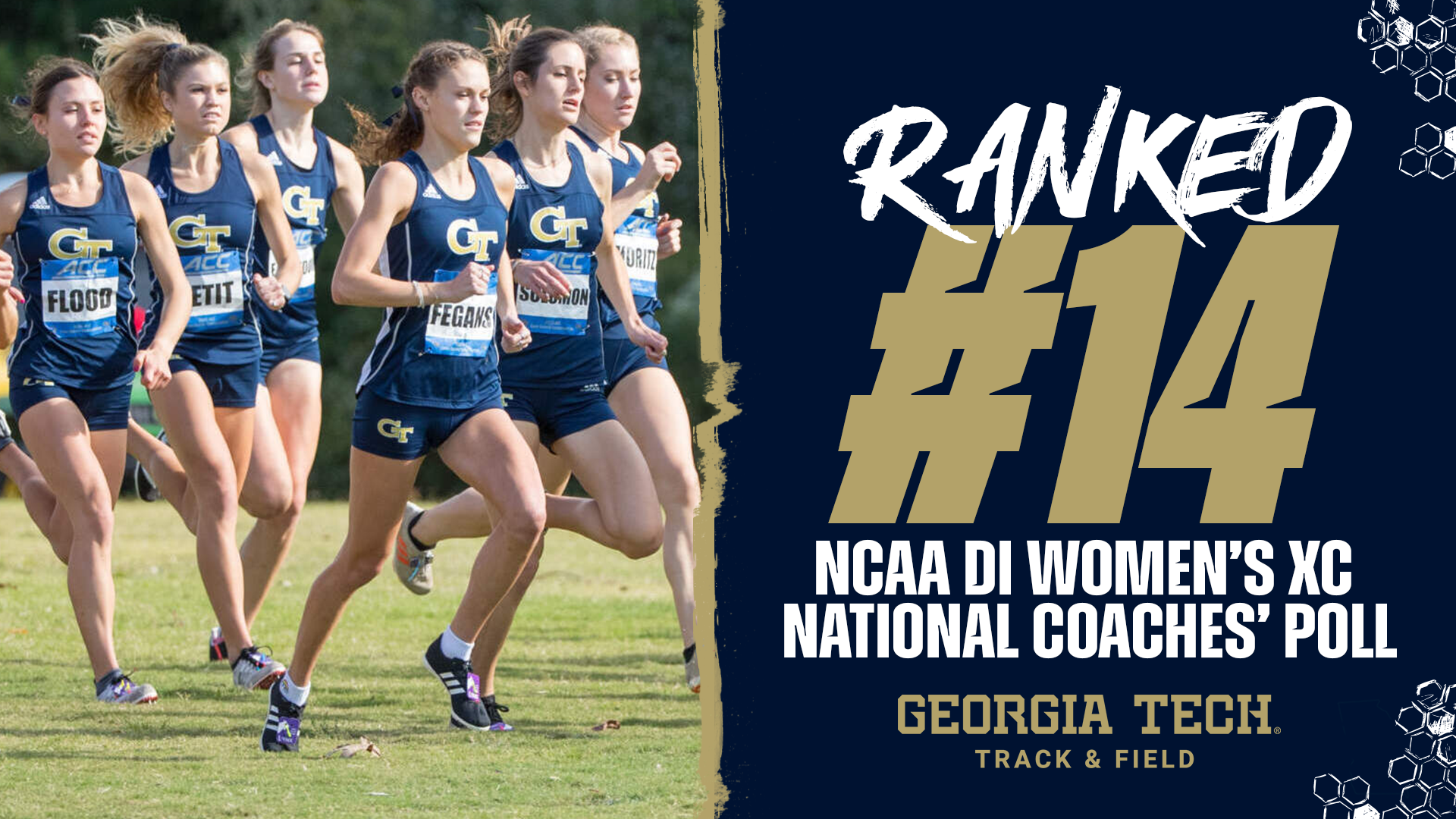 Tech finished second at the 2020 ACC Cross Country Championships in Raleigh, N.C., in late October. Three Yellow Jacket women earned All-ACC honors in the 6K championship race, the most ever in school history. Nicole Fegans was the first Tech runner to cross the line at conference clocking in at 20:30 to take ninth-place overall. Liz Galarza (20:36) and Mary-Kathryn Knott (20:36) were not far behind as they came in 13th– and 14th-place, respectively. Only six seconds separated the Jackets top-three finishers.

The rescheduled 2020 NCAA Division I Cross Country Championships will be held on Monday, March 15 in Stillwater, Oklahoma. Conference championships finish will play the largest factor in determining who will compete at nationals.