Rising as high as no. 29 in ITF Junior rankings, Mahak Jain joins the Yellow Jackets from Bhopal, India. Owning an 81-32 record in Junior singles, Jain has competed in numerous events at both the Junior and professional levels. This past August, Jain claimed the singles and doubles titles of the ITF World Tennis Tour in Nairobi, Kenya, winning five singles and four doubles matches. She also competed in a pair of ITF World Tennis Tour tournaments in the spring, reaching the second round of qualifying in singles in both Hong Kong and Canberra, Australia. Jain fell in three sets in the semifinal round of the ITF Women’s Circuit in Navi Mumbai, India.

“Mahak is an extremely accomplished player who has been successful in both ITF Junior events and pro tournaments,” commented head coach Rodney Harmon. “We are excited to have her join the Georgia Tech family next fall.” 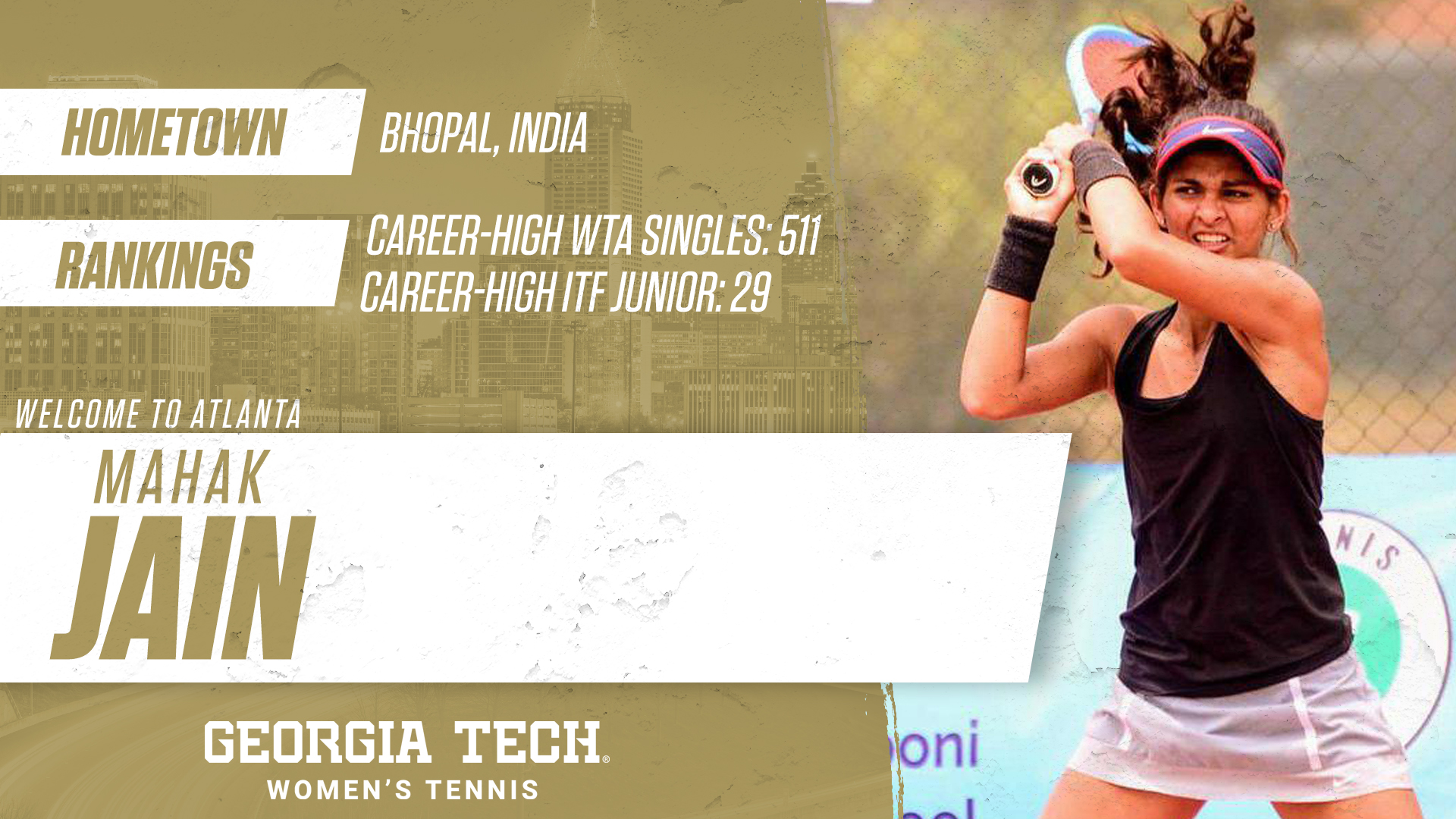 A blue-chip recruit and native of Duluth, Ga., Ava Hrastar boasts a Universal Tennis Rating of 11, is rated as the No. 18 recruit in the class of 2020 and No. 2 recruit in Georgia by TennisRecruiting.net. Most recently, she competed in the Atlanta ITF event in Alpharetta, reaching the round of 16 in both singles and doubles. In October, Hrastar advanced to the doubles semifinals at the ITF Nicholasville event in Kentucky. Over the summer, Hrastar reached the singles semifinals in Haverford and Plantation, both ITF events.

“Ava is one of the top players in the U.S. as well as an Atlanta native,” said Harmon. “Both her parents are Georgia Tech alumni. It is exciting to have a player with such strong Georgia Tech roots joining our team.” 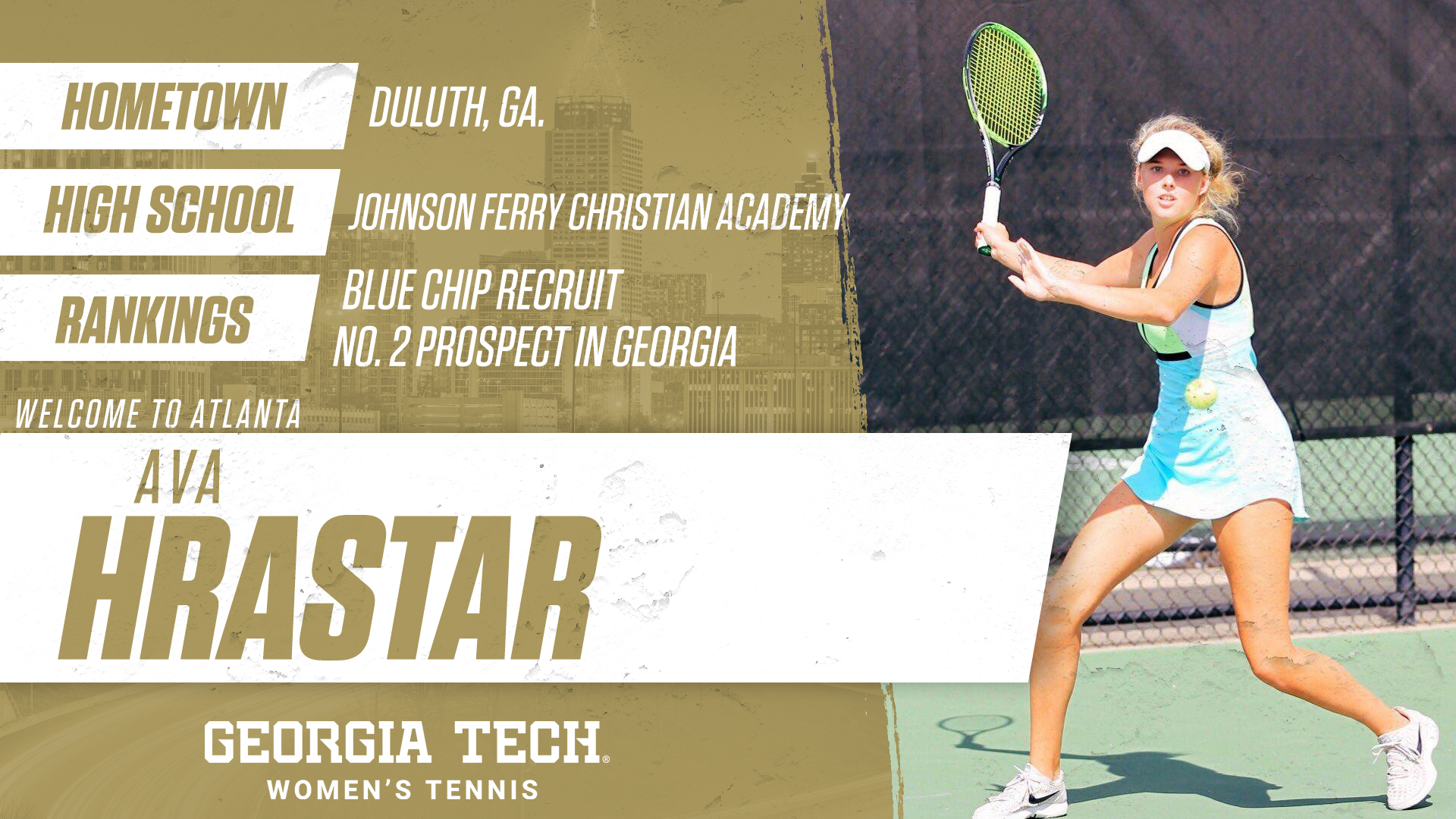 Monika Dedaj will join the Yellow Jackets in spring 2020 and be eligible to play immediately. A native of Pula, Croatia, Dedaj has risen as high as a UTR of 12. In September, she reached the second round of qualifying at the ITF World Tennis Tour in Zagreb, Croatia after defeating Sarah Beth Grey in the first round.

“Monika is a very talented player who has had some excellent results from tournaments as well as with her German Club team in Baden-Baden,” commented Harmon. 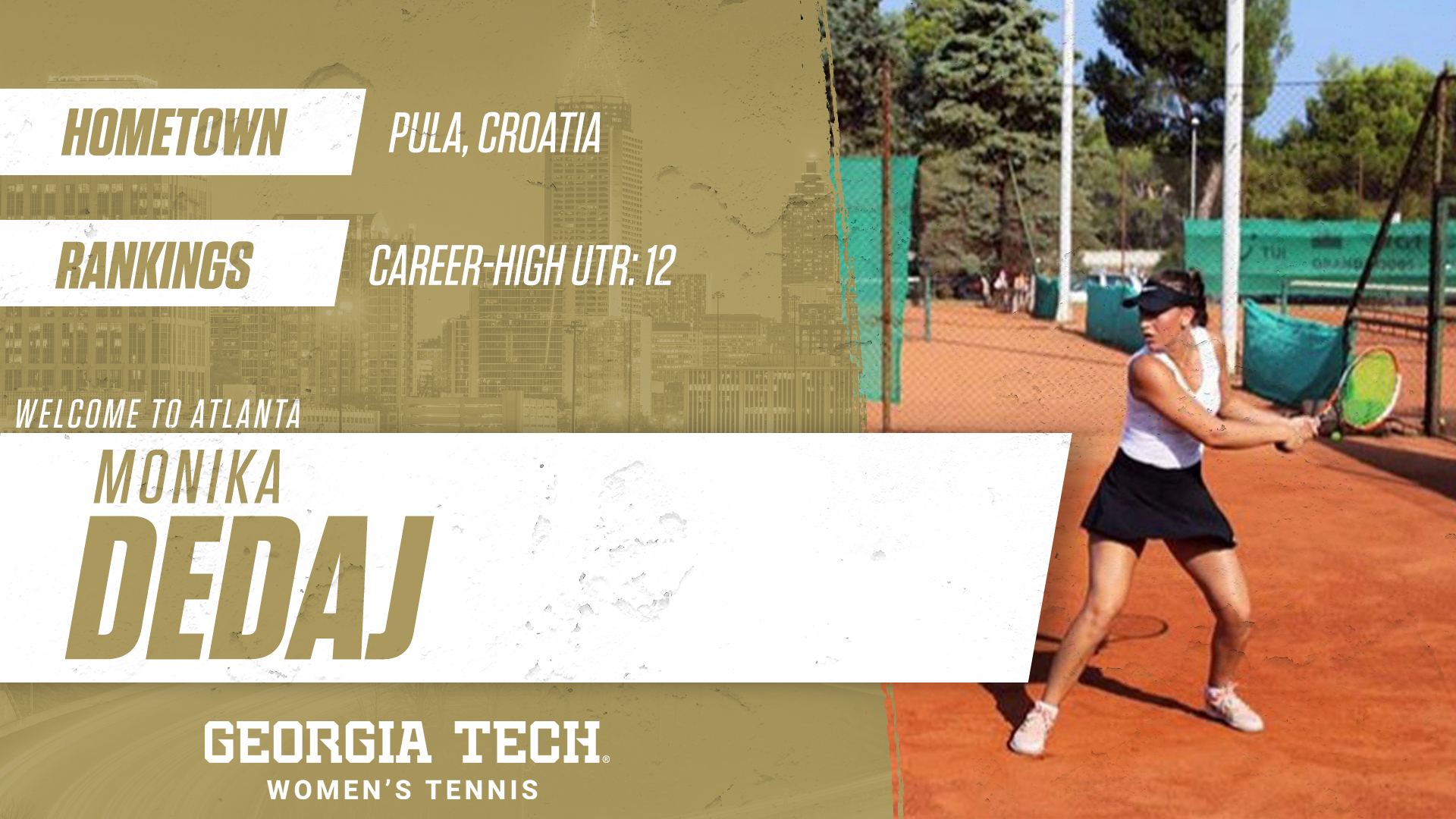