Whack Hyder vs. the Baron

Perhaps the most amazing statistic of Whack Hyder’s tenure at Georgia Tech is his record against the powerful Kentucky teams coached by the Baron, Adolph Rupp.

From 1951, when he took over the Tech program, through 1964, when the Yellow Jackets left the Southeastern Conference, Hyder’s teams posted a 9-16 record against the mighty Wildcats.

To put that in perspective, Hyder’s nine victories against Kentucky were twice as many as any other SEC school during that period. The next best record was by Vanderbilt at 5-20. Three SEC schools—Georgia, Florida, and Mississippi—did not record a single victory against the Wildcats during that time, and four others had two or fewer wins.

Hyder’s most famous win over the Wildcats was his first one, on Jan. 8, 1955, when a Tech team that would finish with a 12-13 record went into Memorial Coliseum and knocked off No. 1-ranked Kentucky, ending a 129-game home winning streak. That was the first of three victories over top-ranked Kentucky squads.

In 1963, Hyder again took his team to Lexington and downed the ’Cats in double overtime, becoming the first coach to defeat Rupp three times on his home court. 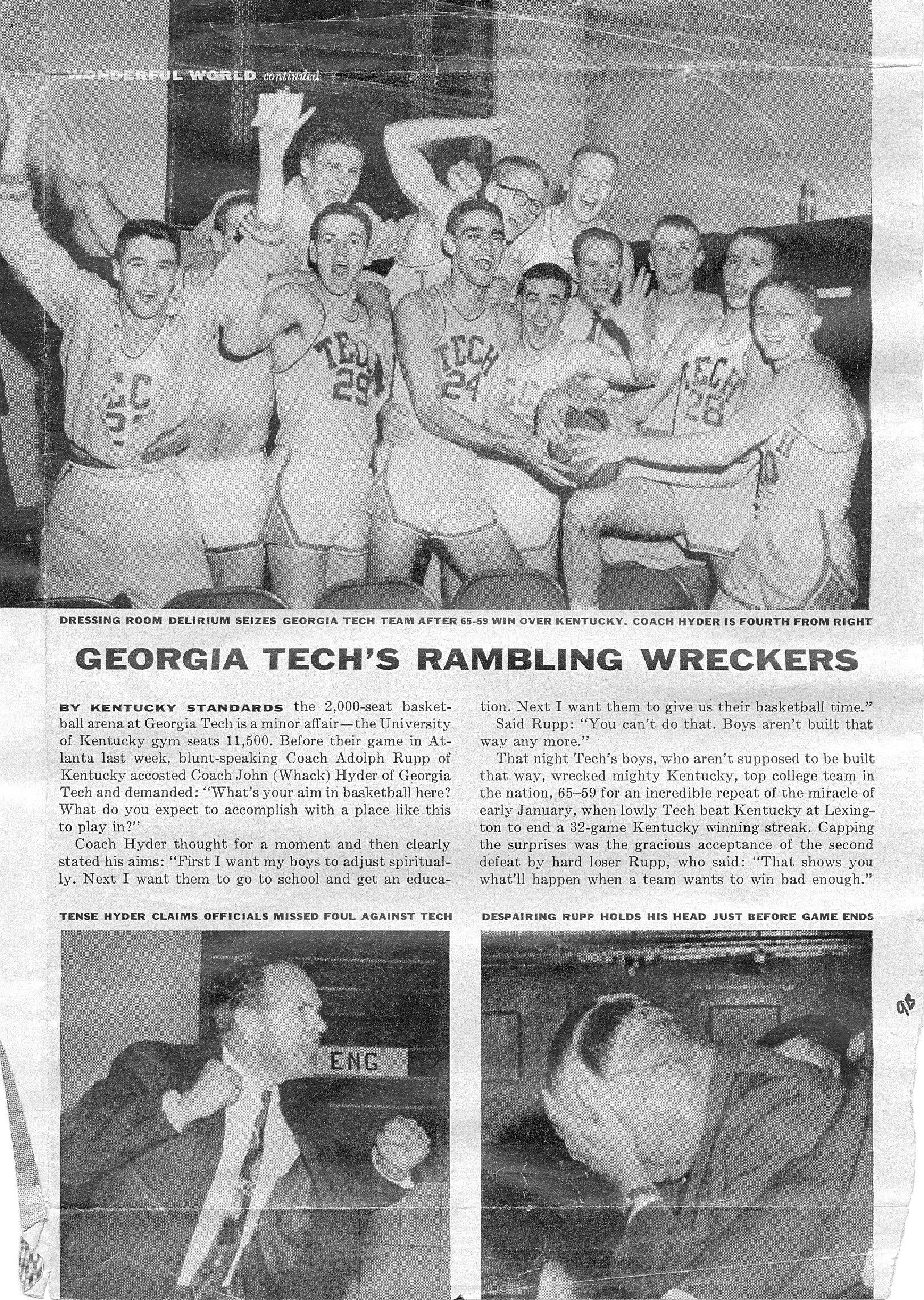 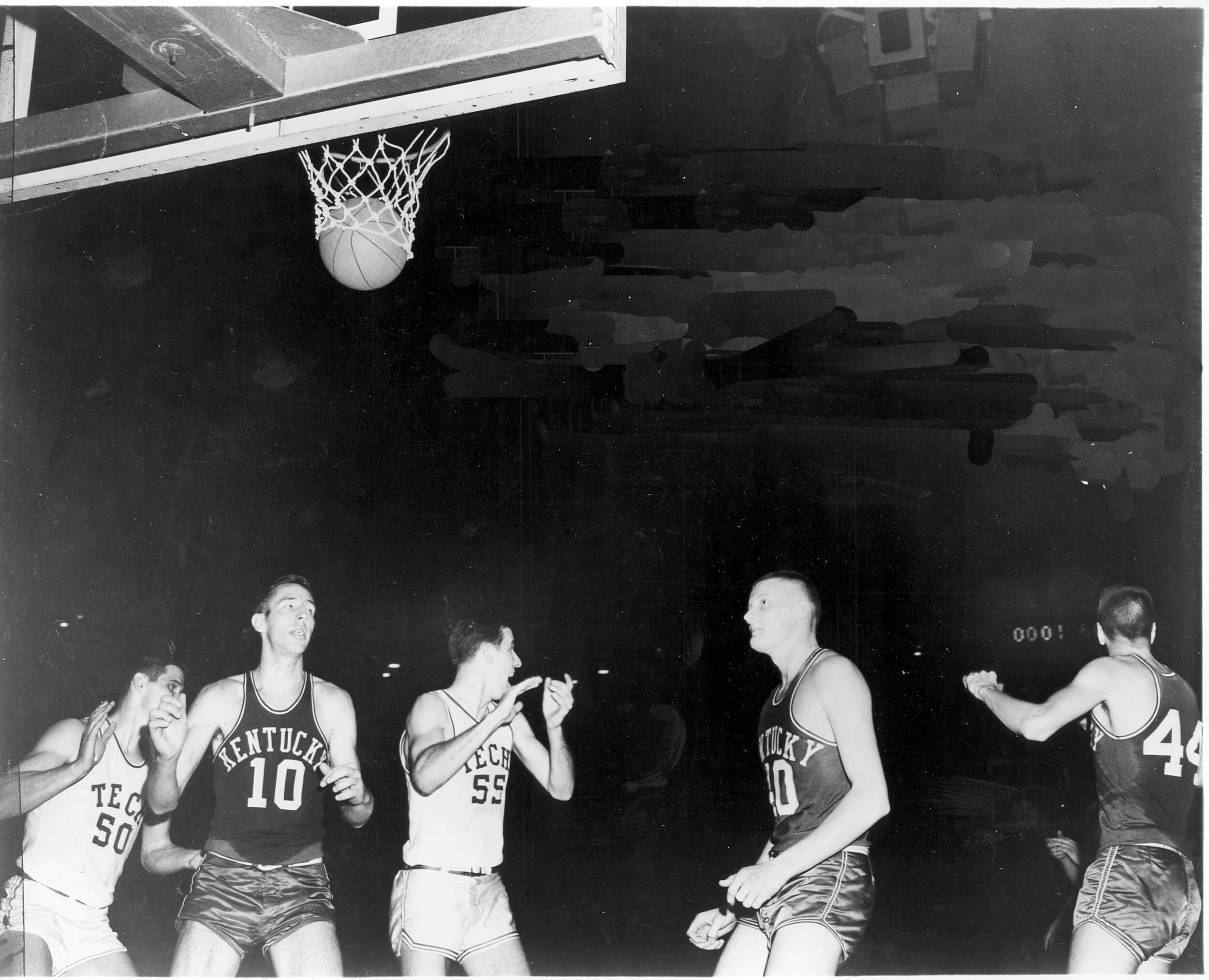 In the photo above, Tech players react as the ball, shot by All-American Roger Kaiser (outside the frame of the photo), drops through the basket at the final horn to lift the Yellow Jackets over the Wildcats in 1961. 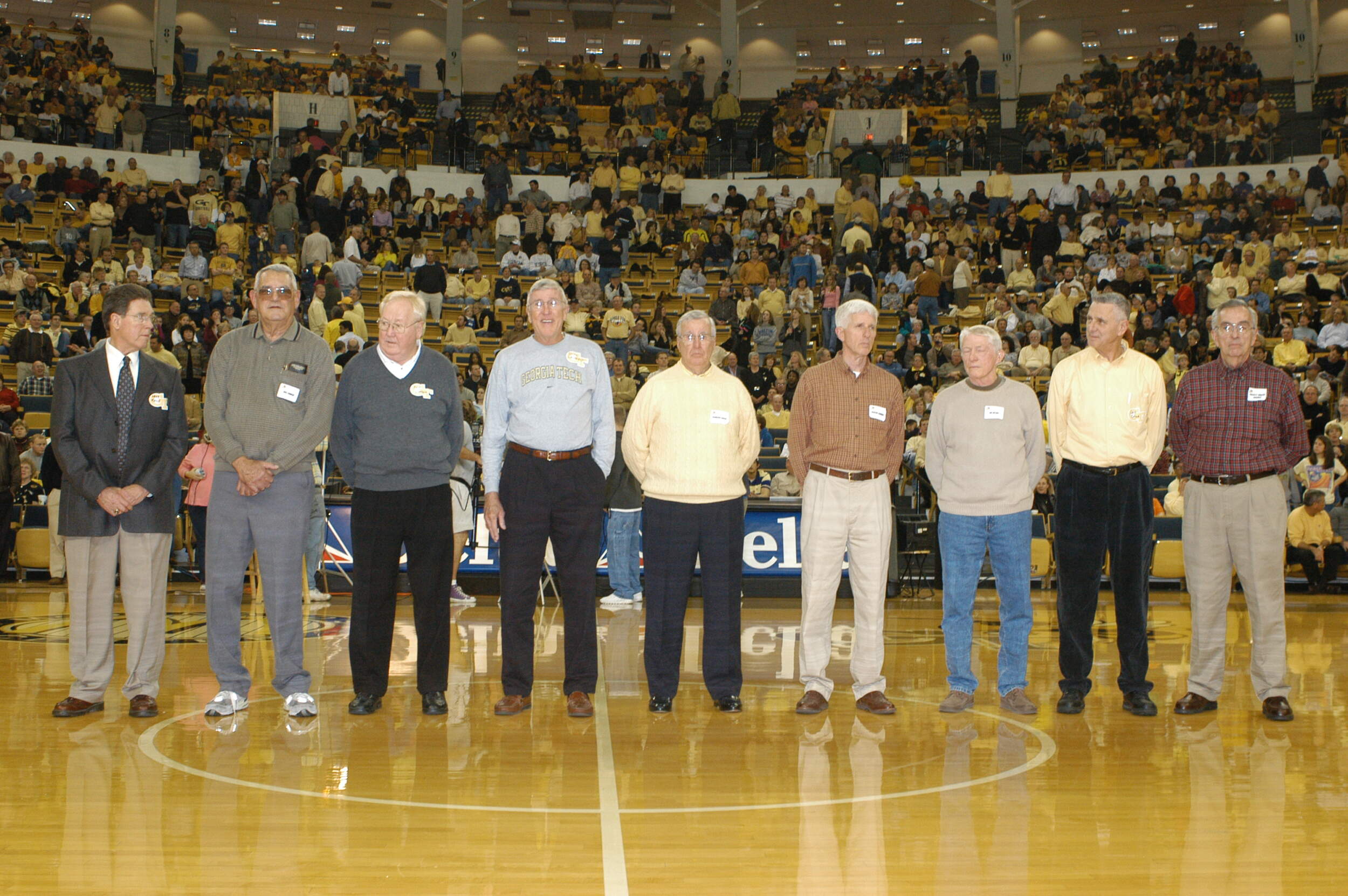 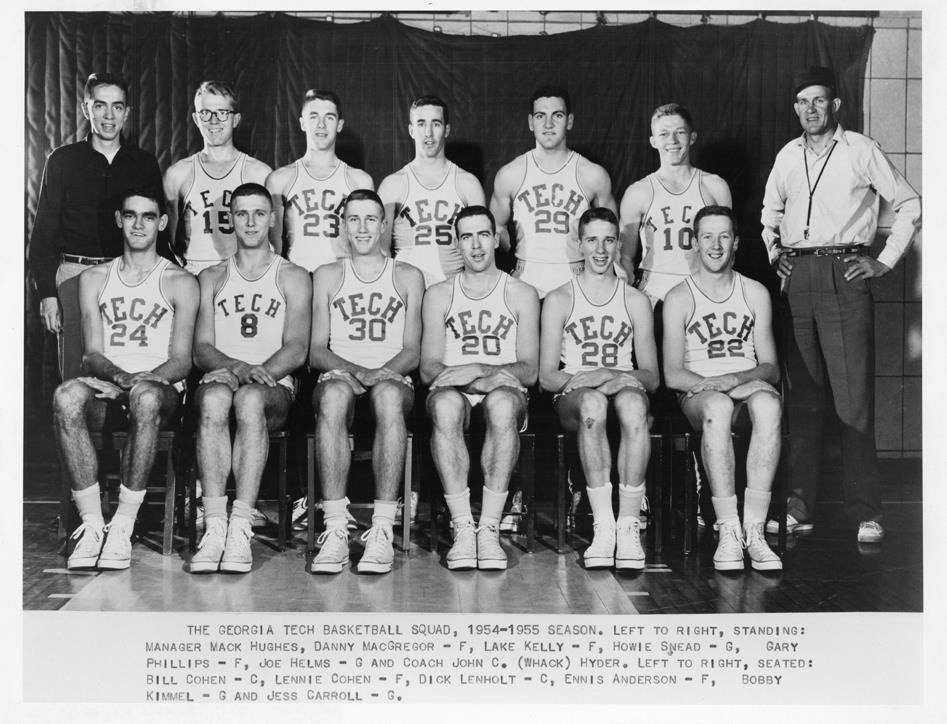