THE FLATS – After becoming just the eighth player and first freshman in Georgia Tech football history to make four field goals in a game, place kicker Wesley Wells (Dahlonega, Ga./Lumpkin County) has been named the Atlantic Coast Conference Specialist of the Week, the league announced on Monday.

Wells was good on field goals from 28, 28, 48 and 40 yards in Georgia Tech’s 30-27 win over Virginia on Saturday at Bobby Dodd Stadium. The career-long 48-yarder gave Georgia Tech a 27-24 lead with just 1:04 to go in regulation and the 40-yarder in overtime proved to be the game-winner. 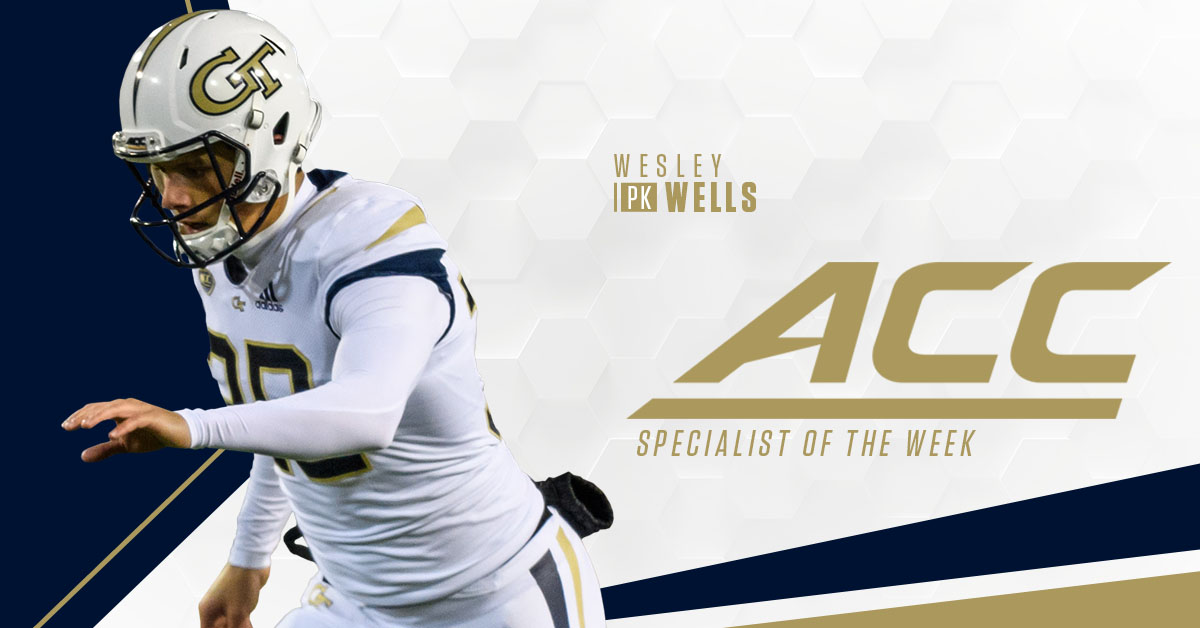 Since winning the job as the Jackets’ place kicker five games into the season, the true freshman is a perfect 43-for-43 on kick attempts (8-for-8 on field goals, 35-for-35 on PATs).

Wells is Georgia Tech’s first ACC Specialist of the Week since Lance Austin earned the recognition following his game-winning 78-yard return of a blocked field goal in the Yellow Jackets’ “Miracle on Techwood Drive” victory over No. 9 Florida State in 2015. He is also only the seventh different Yellow Jacket to be named ACC Specialist of the Week since the award was introduced in 2004.

Winners of six of their last seven games, Wells and Georgia Tech (7-4, 5-3 ACC) close the regular season on Saturday at archrival and No. 5-ranked Georgia (10-1, 7-1 SEC). Kickoff for the 113th edition of “Clean, Old-Fashioned Hate” is set for noon at Sanford Stadium in Athens, Ga.