Volleyball Comes Up Short in Athens

ATHENS, Ga. –  Georgia Tech volleyball (7-4) battled through four sets in Athens but came up short, falling to Georgia (8-3) 3-1 in front of a record crowd in Stegeman Coliseum on Friday night. 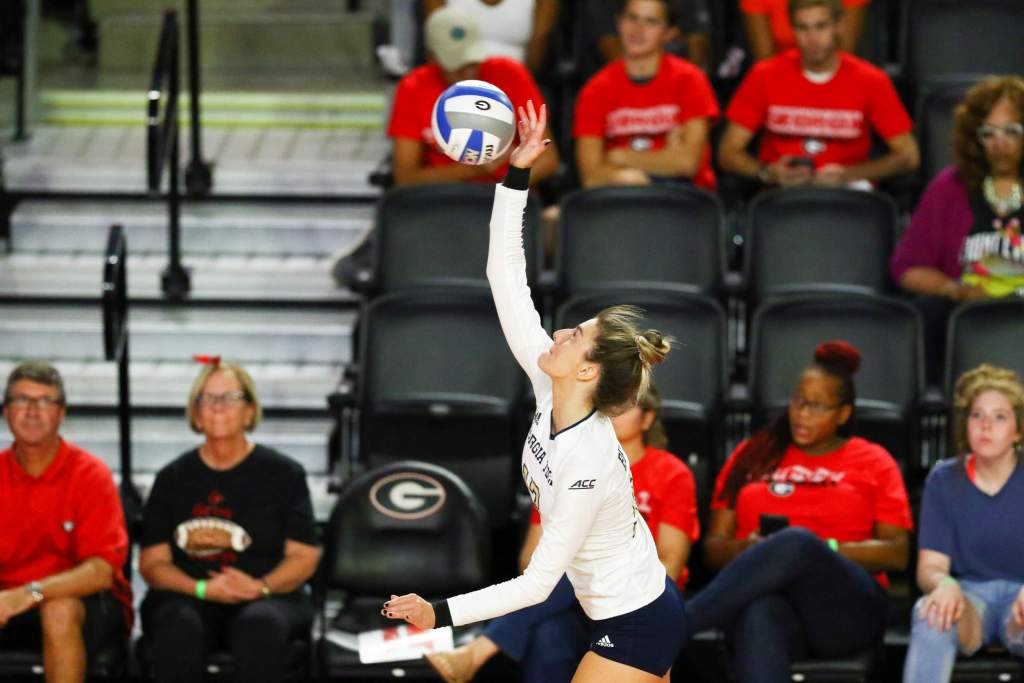 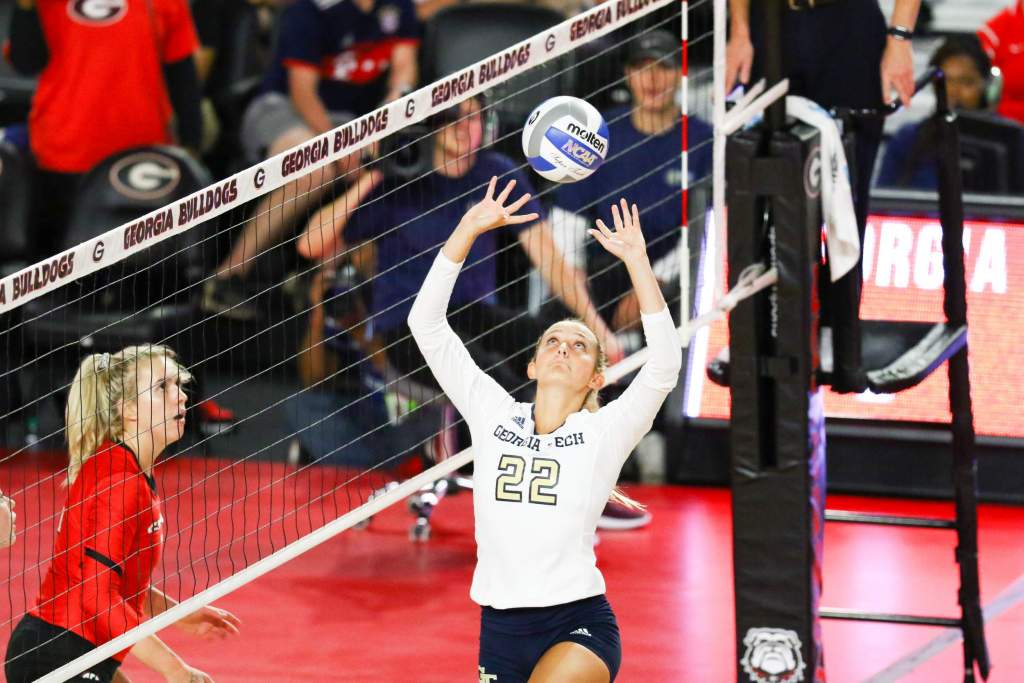 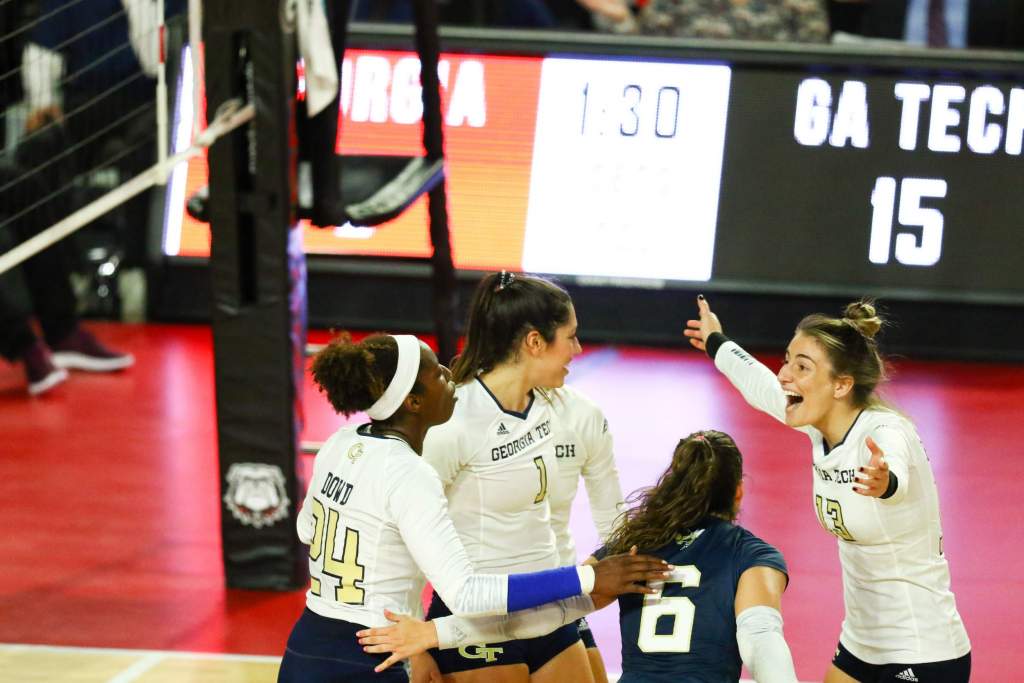 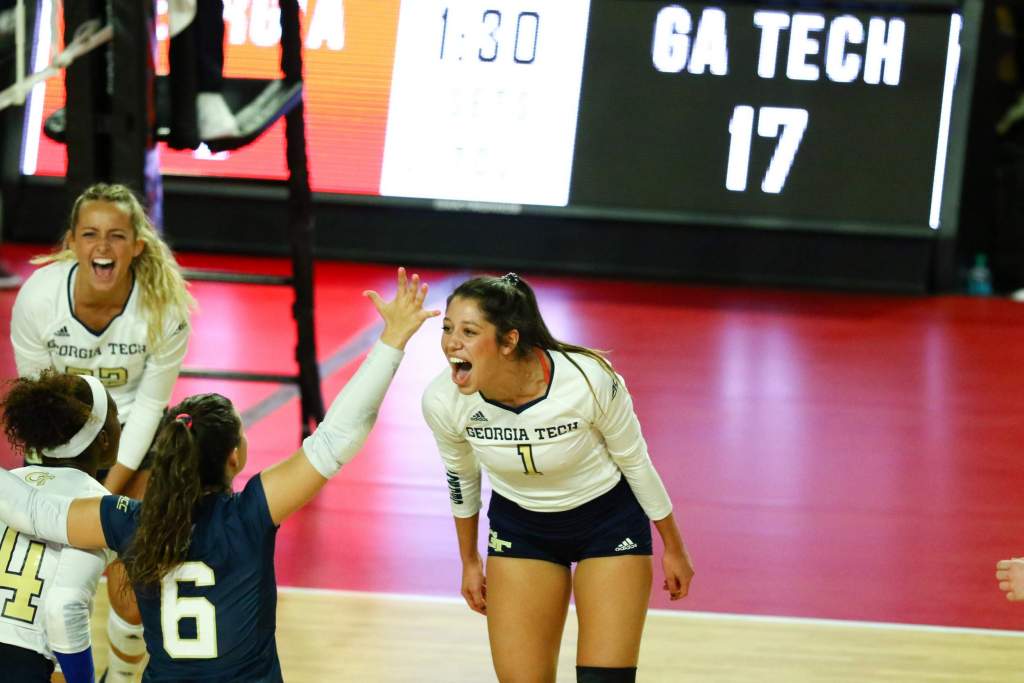 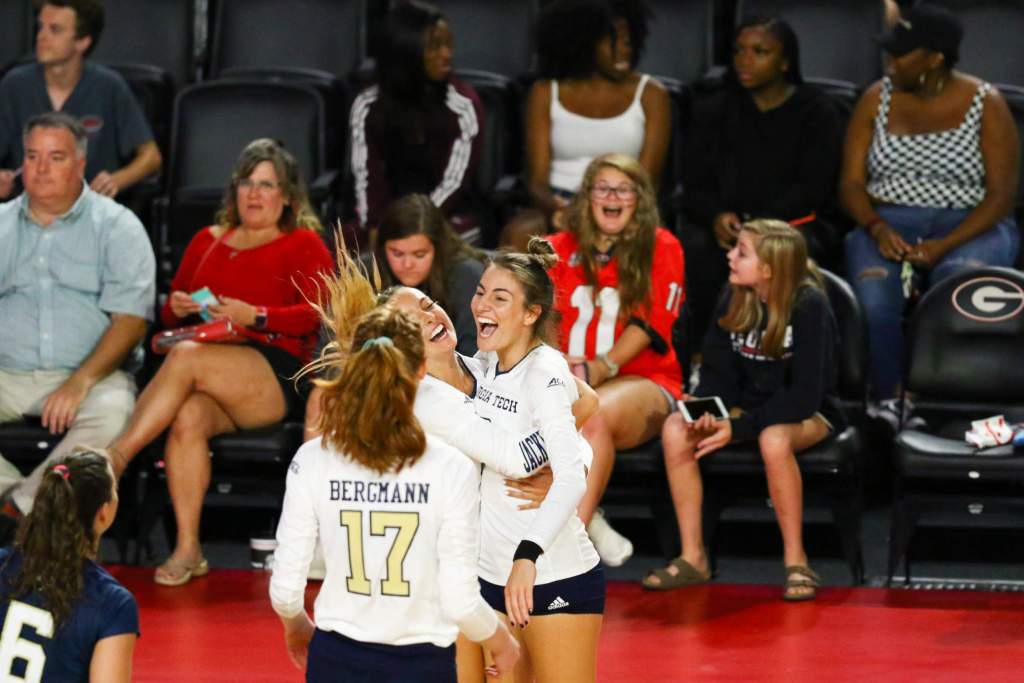 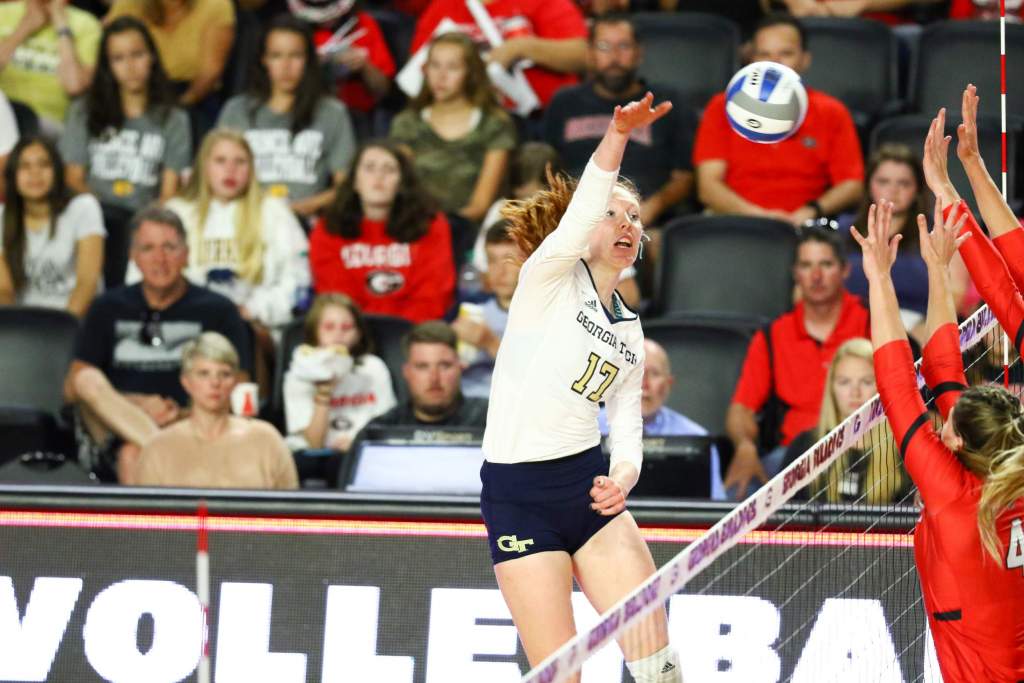 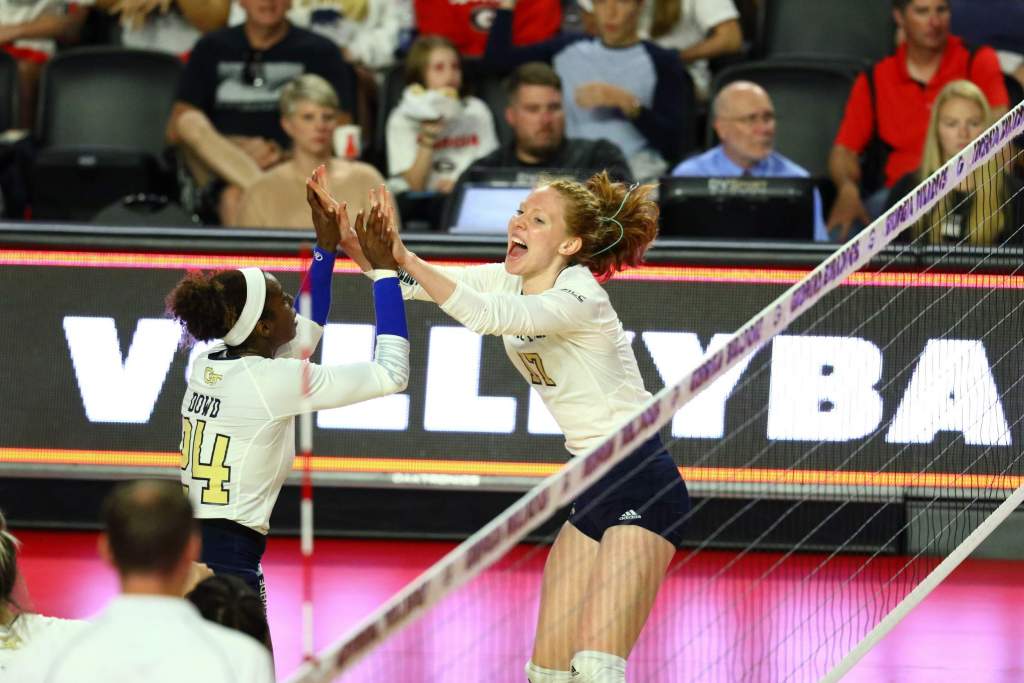 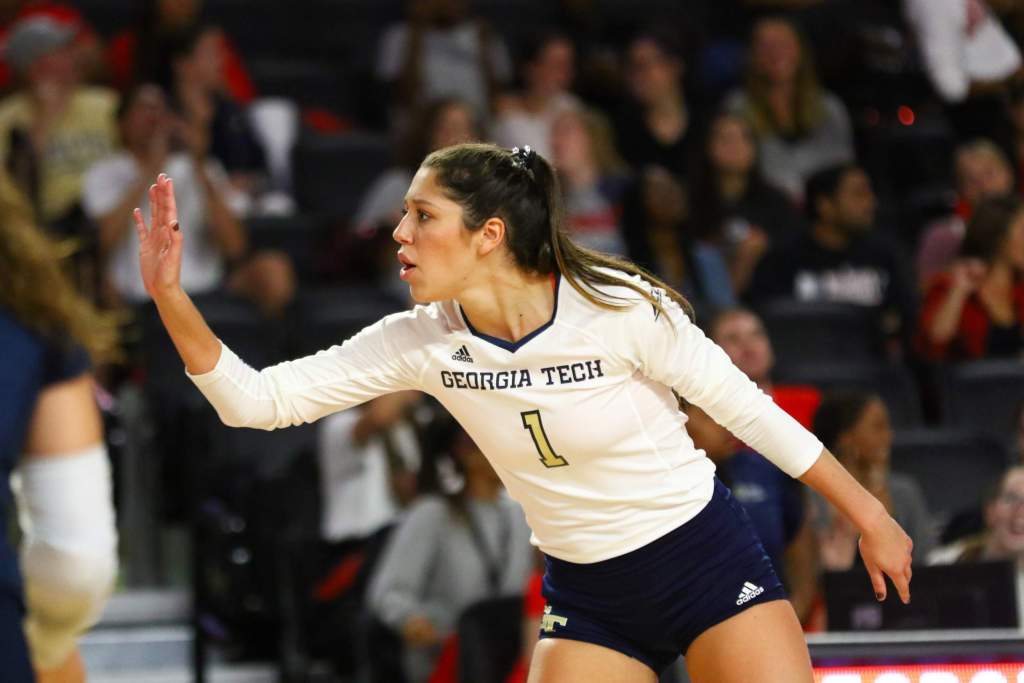 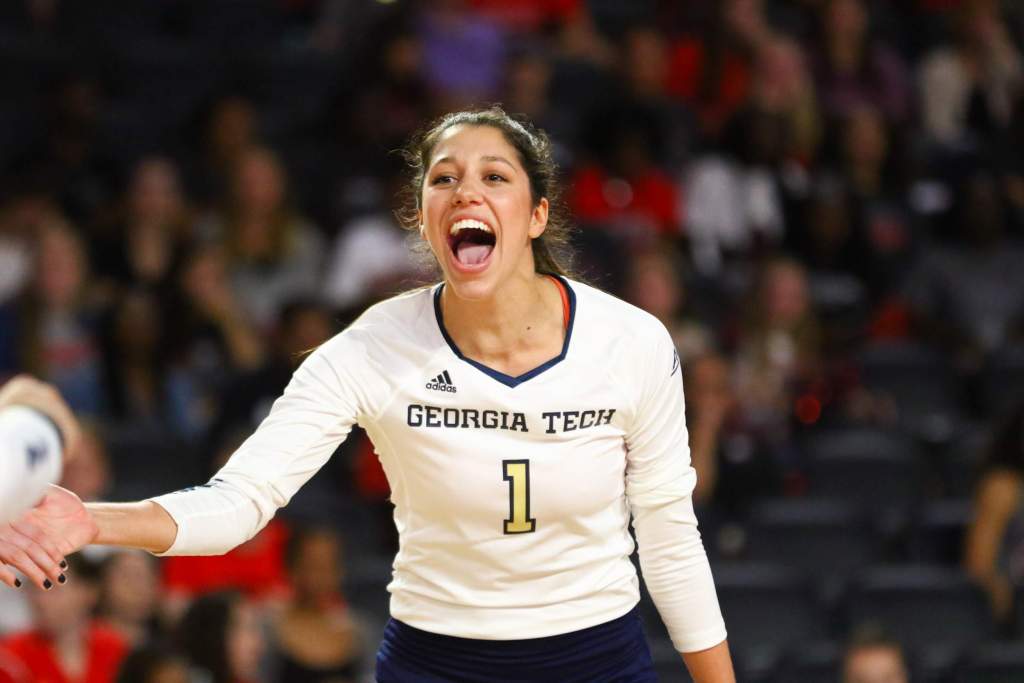 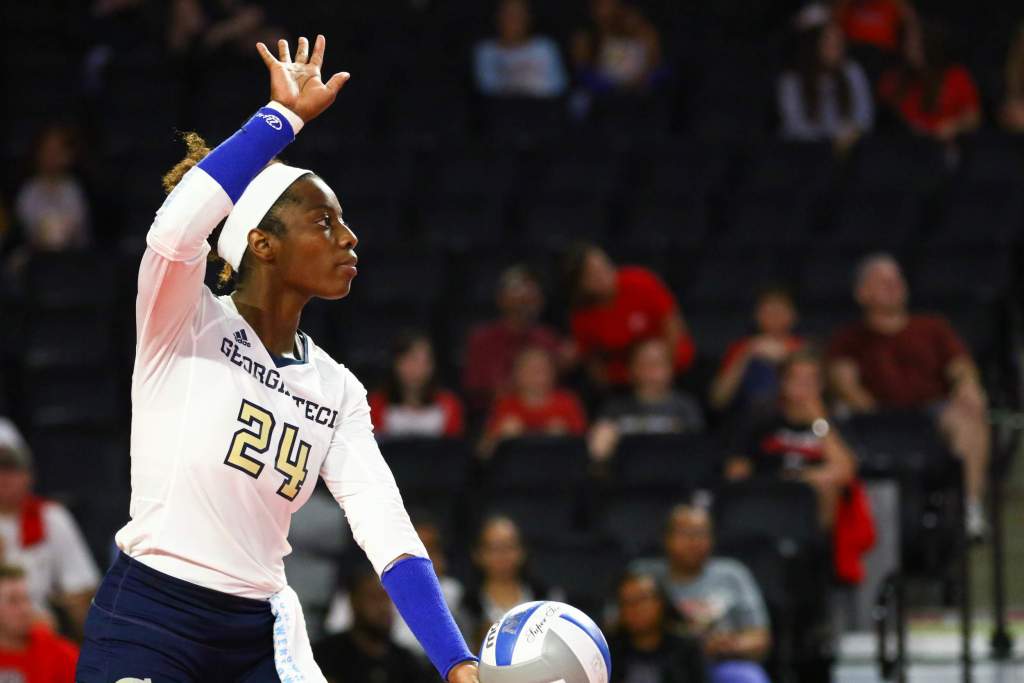 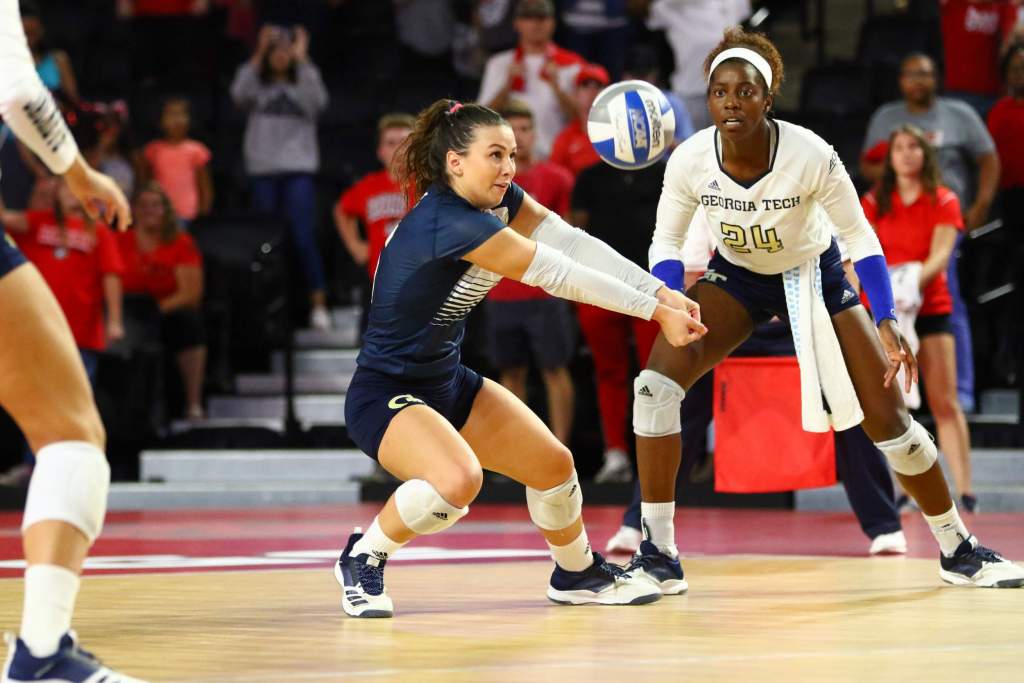 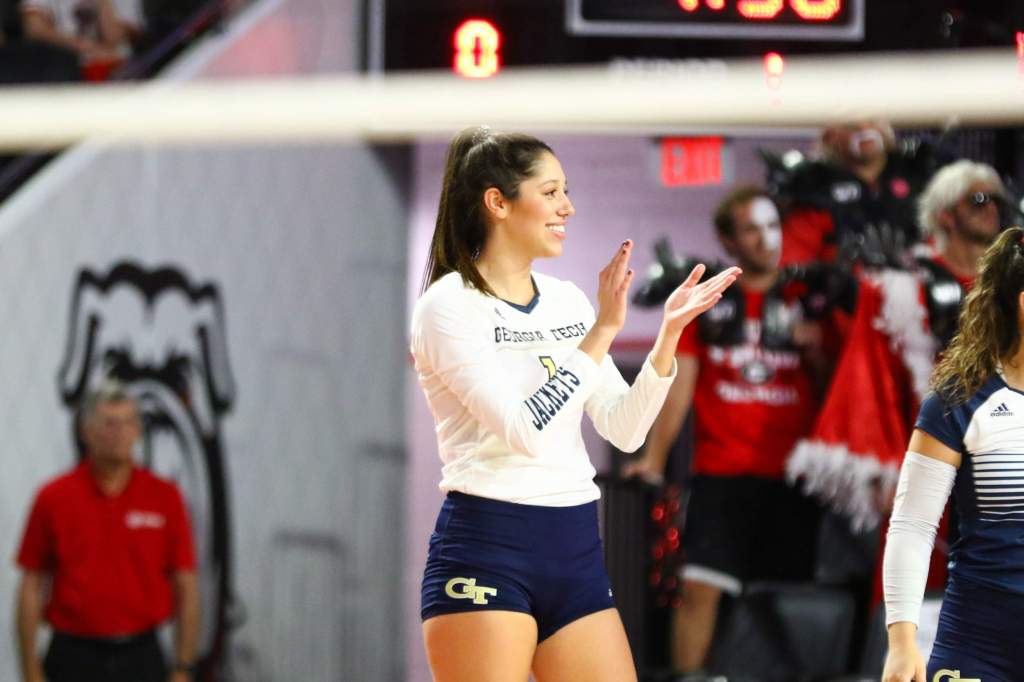 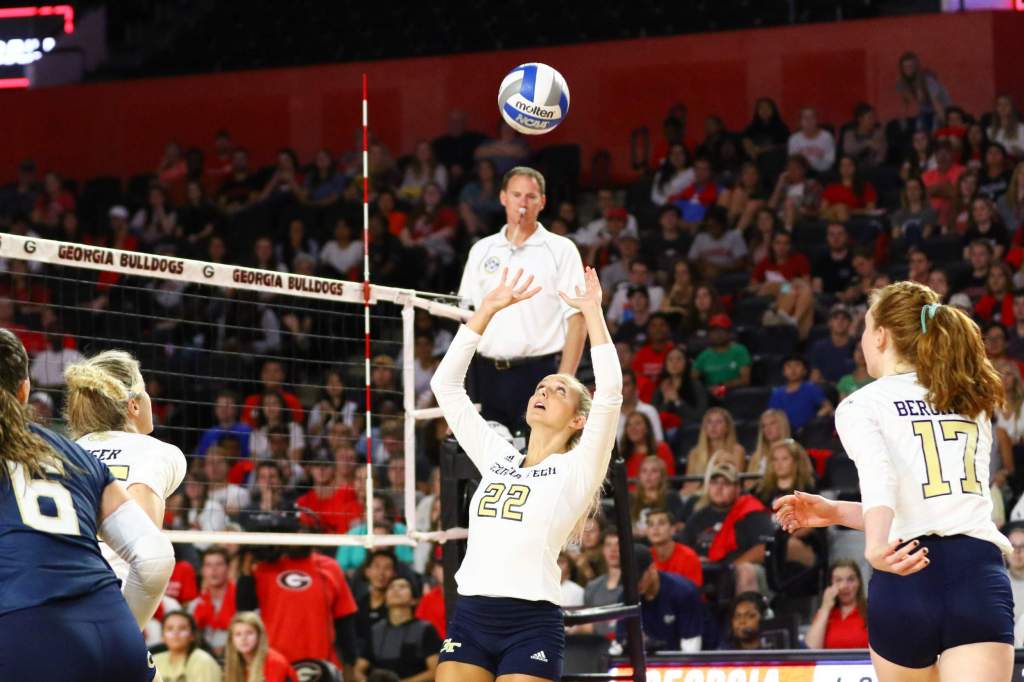 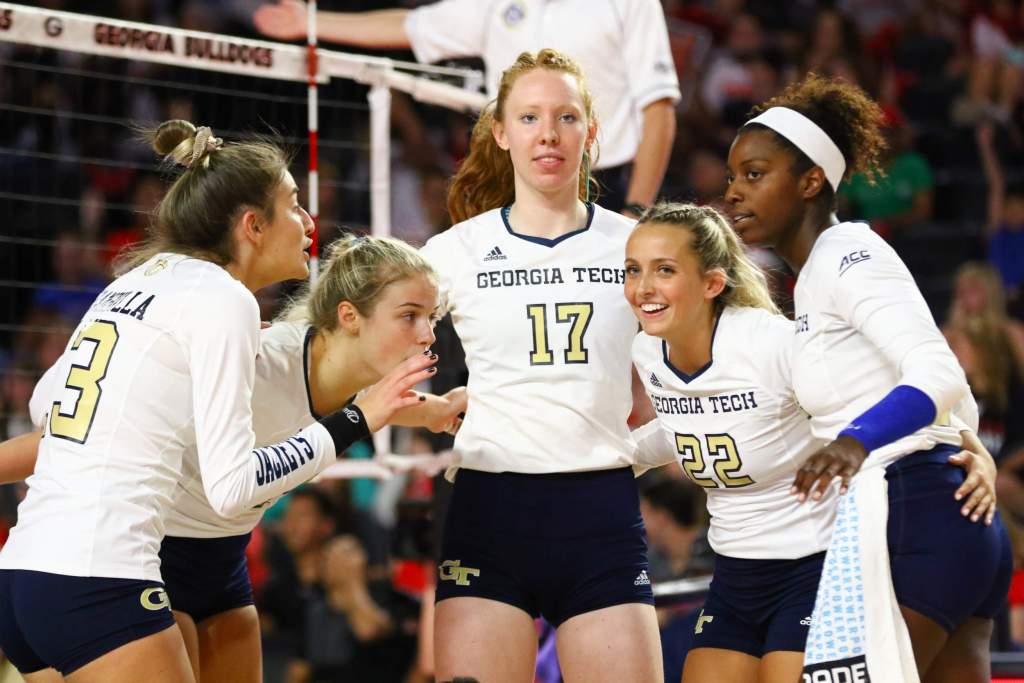 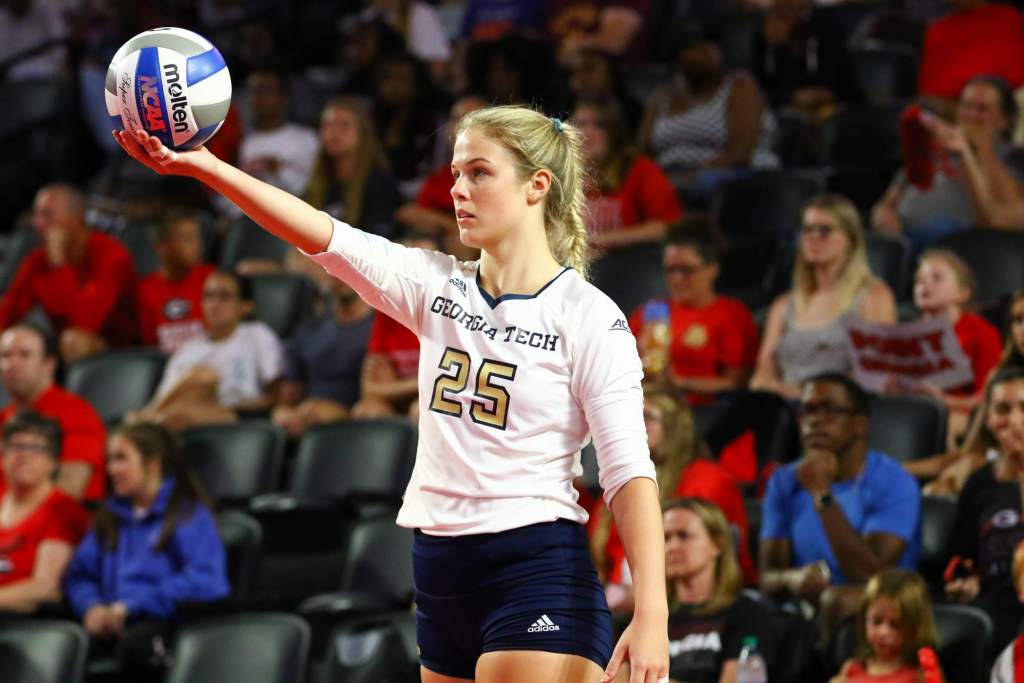 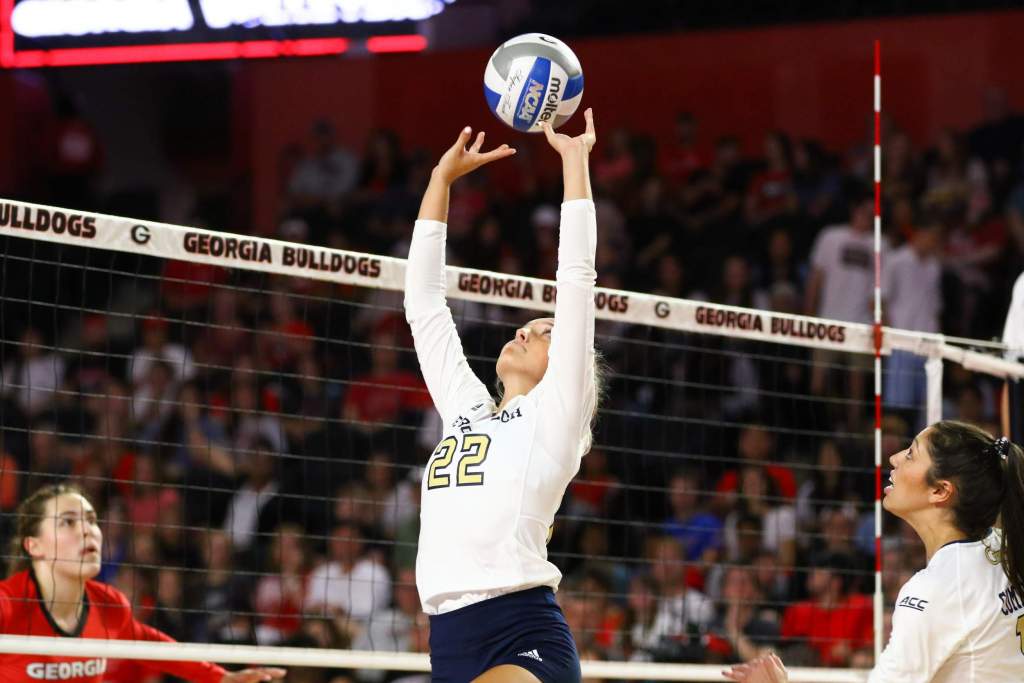 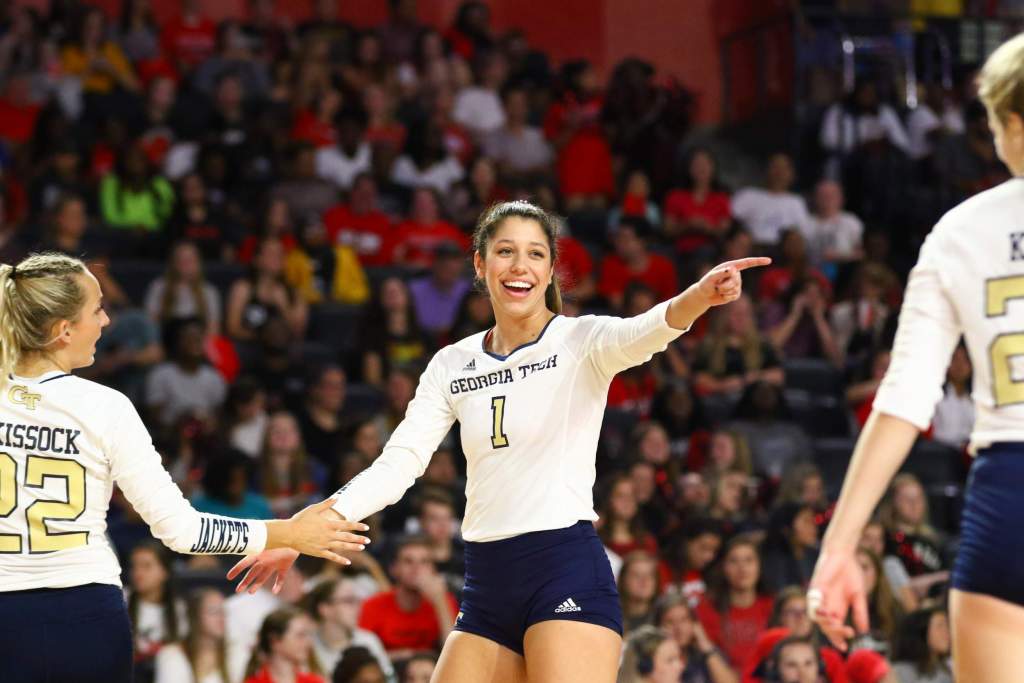 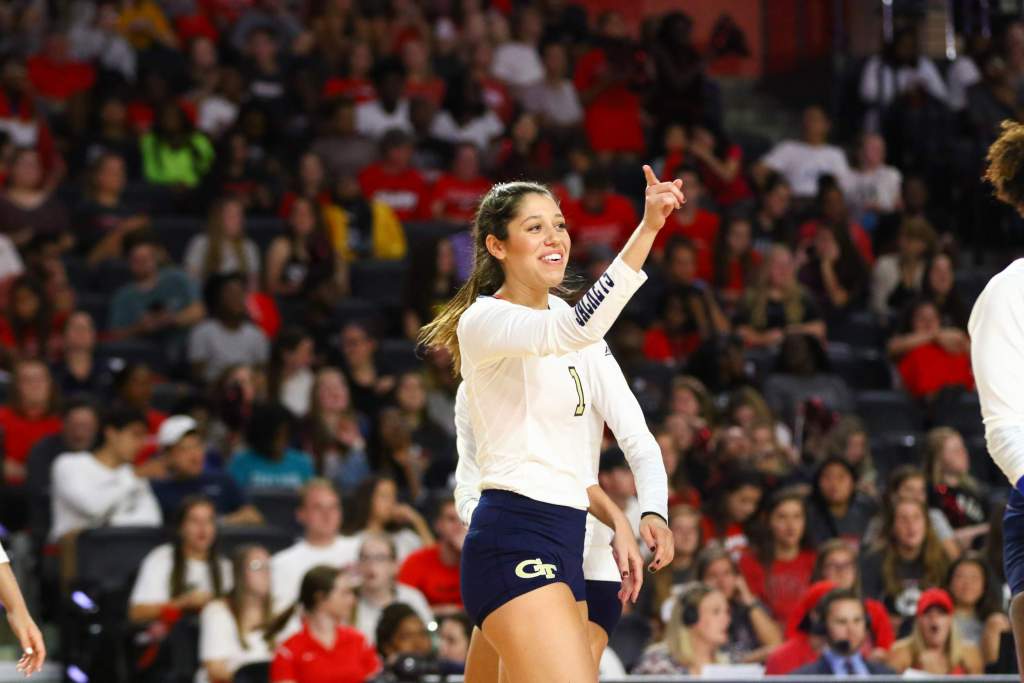 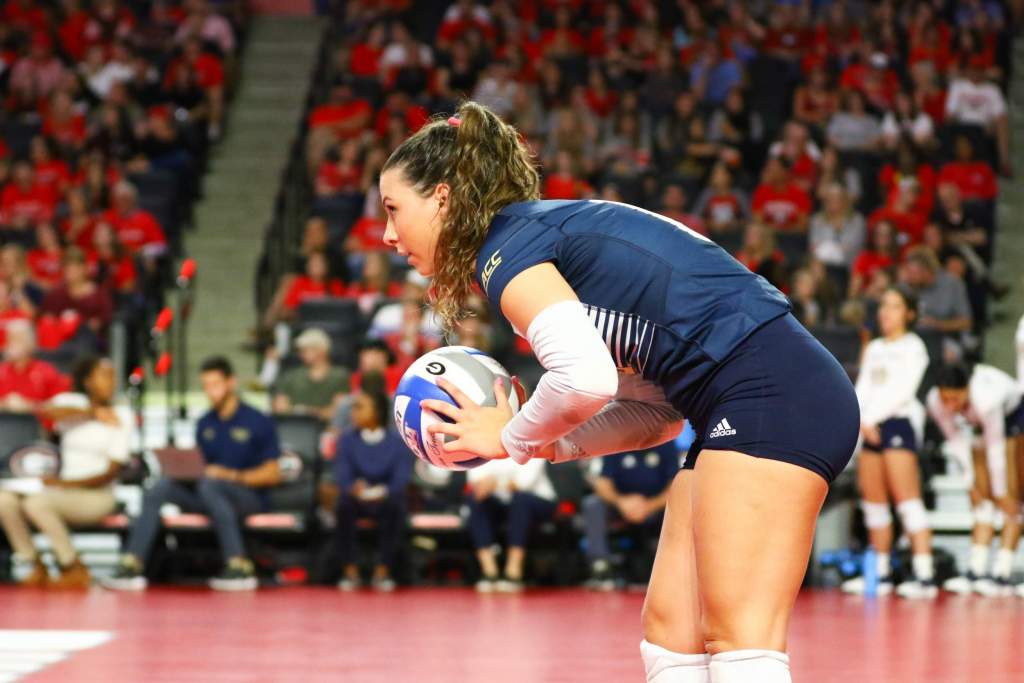 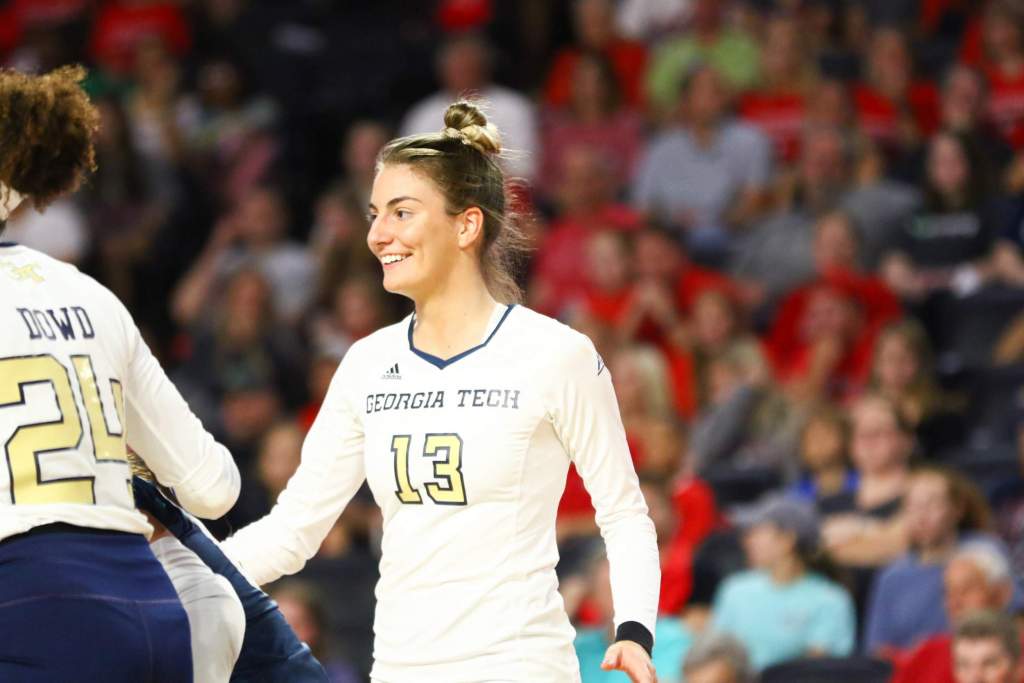 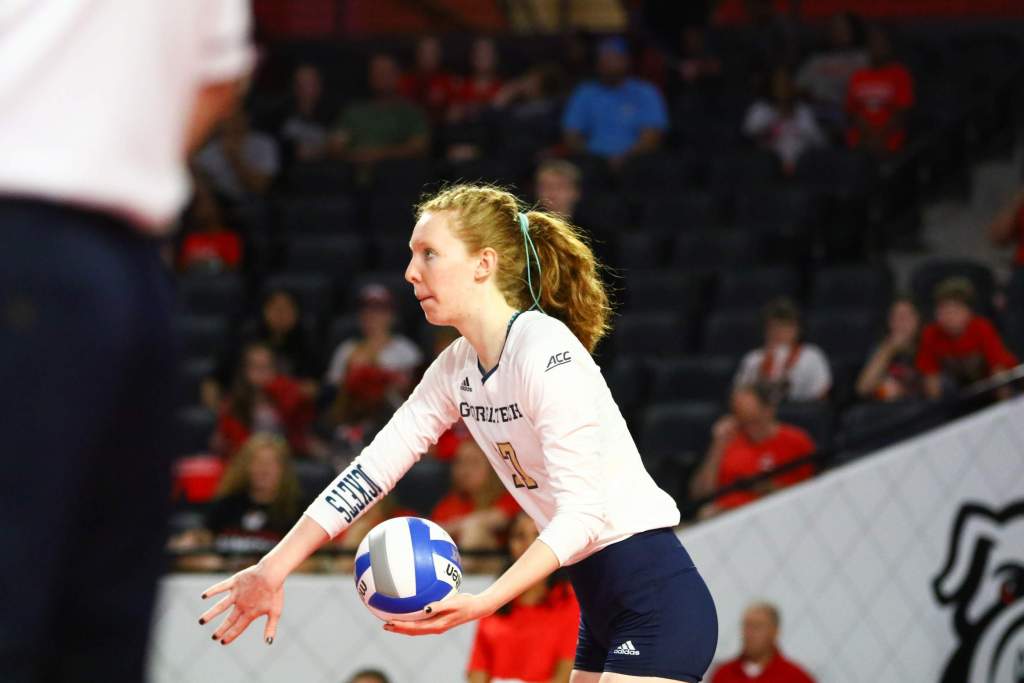 The second set got off to a better start for the Jackets, trading points to a tie at 9-9. The Bulldogs took a three-point lead at 12-9 and the Jackets called timeout. Tech fought back, tying the set at 17-17 on a kill from sophomore Mikaila Dowd and Georgia called a timeout. The teams went back and forth, tying to a score of 22-22 but Georgia snuck ahead to steal the second set at 25-22.

Tech bounced back in the third, forcing UGA errors to lead 8-5 and the Bulldogs called timeout. The Yellow Jackets stayed ahead, using a 9-0 run with five kills from Dowd to take control of the set with the lead at 19-8. Tech cruised to set point at 24-13 on a kill from freshman Julia Bergmann but the Bulldogs weren’t going down without a fight. The Jackets secured the set at 25-17 on a kill from Bergmann.

Georgia rolled to an early lead in the fourth, using a 4-0 run to lead 11-5. The Bulldogs stayed ahead, extending their lead to 15-8 and Tech called its second timeout of the set. The Jackets kept battling but the set was already out of hand, falling 25-18 in the fourth to drop the match 3-1.

Up next:
The Jackets open Atlantic Coast Conference action on Friday, Sept. 27, hosting Syracuse at O’Keefe Gymnasium for a 7 p.m. first serve on ACCNX.