THE FLATS –Georgia Tech volleyball announced its 2020 eight-match conference slate on Friday, consisting of four home matches in O’Keefe Gymnasium and four road matches. All ACC teams were separated into three regions of five teams, with Tech facing each of the other four teams in its region twice, including one bye week, beginning September 24 at Miami.

“After being away from volleyball for so long we are all grateful for the opportunity to do what we love and continue on the path toward our vision,” said head coach Michelle Collier, who was named ACC and AVCA Region Coach of the Year in 2019. “Our players have been working really hard since the end of last fall, and have responded in a positive manner to everything going on around us. We are taking one day at time and making the most out of our chances to play and we can’t wait to face someone else on the other side of the net!”

Tech will play home matches on Oct. 7 and 8 against Florida State, and Oct. 23 and 24 against Clemson. The Yellow Jackets will play on the road Sept. 24 and 25 at Miami and Oct. 14 and 15 at Wake Forest. All matches will start at 6 p.m. Georgia Tech will have one bye week, which falls on the weekend of Oct. 2-4, and the weekend of Oct. 30-Nov. 1 will be held to make up any postponed matches.

Georgia Tech returns five all-ACC players from last season, and have added one of the top signing classes in the nation, fresh off winning its first NIVC Championship and earning its best finish in conference play since 2004 a year ago. A program-record six Yellow Jackets took home all-conference honors in 2019, including ACC and AVCA Region Freshman of the Year Julia Bergmann and ACC Setter of the Year Matti McKissock. The Jackets also earned a program-record four first-team AVCA East Coast all-region selections and four all-ACC Academic selections. Tech set a program record with six straight sweeps, and won 18 of its last 19 matches of the year on its way to the NIVC title.

Due to COVID-19, season and single-game tickets will not be sold for the 2020 season. O’Keefe Gymnasium will operate at a reduced capacity, and face coverings will be required for everyone in attendance.

Select POINT TECH! Club donors, starting with the ace and attack levels, will have the opportunity to request complimentary season tickets for the 2020 season. The rest of the fans in attendance will consist of students and player guests. Seating in O’Keefe Gymnasium will remain general admission. Seats will be available in clusters of two to allow for social distancing, and will be denoted by stinger seats throughout the gym.

Additional details, including TV broadcast information, will be finalized in the near future. 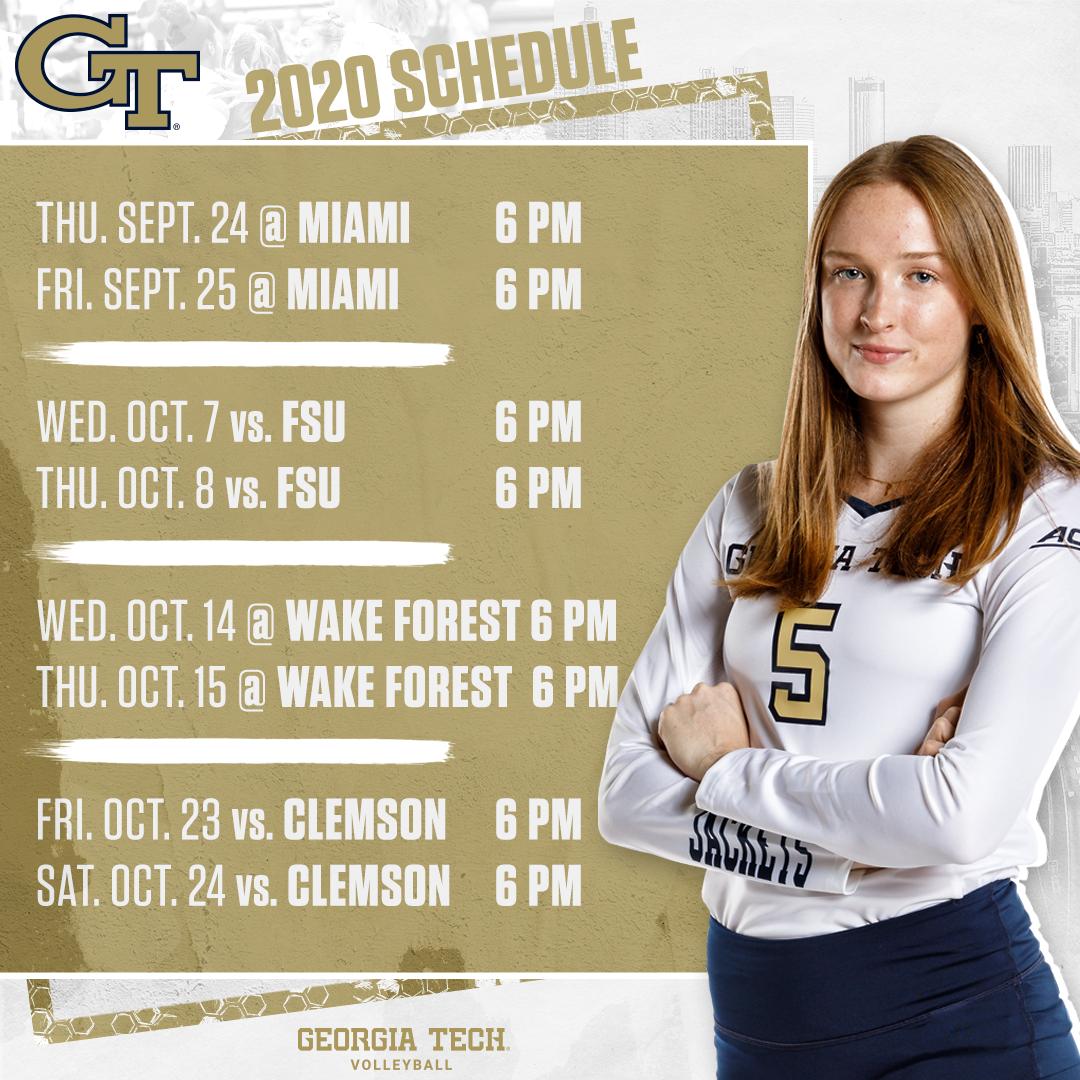