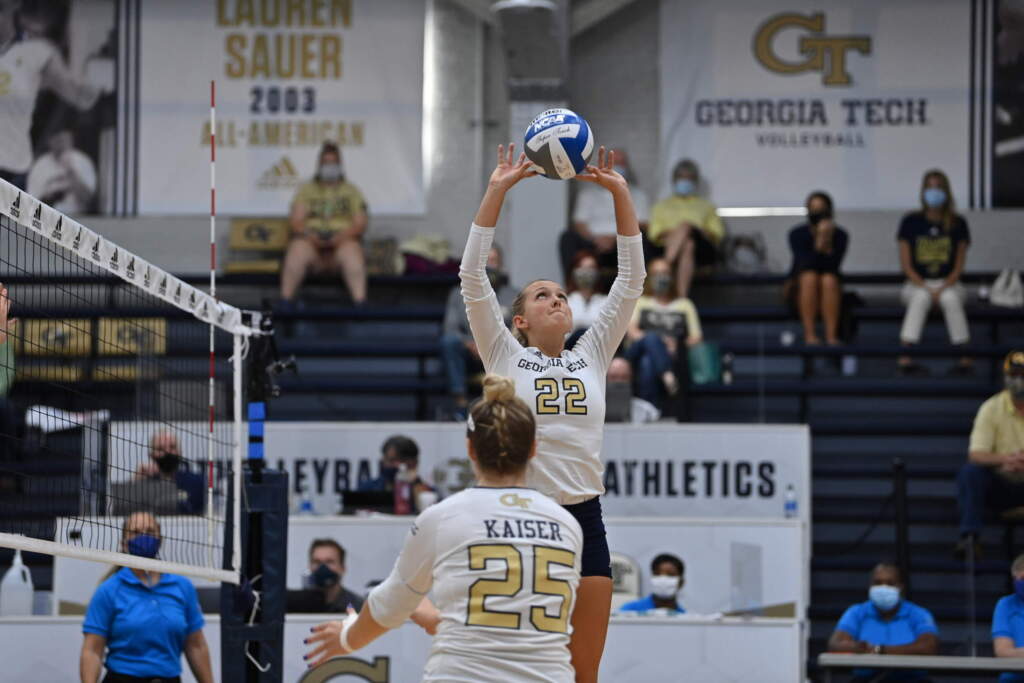 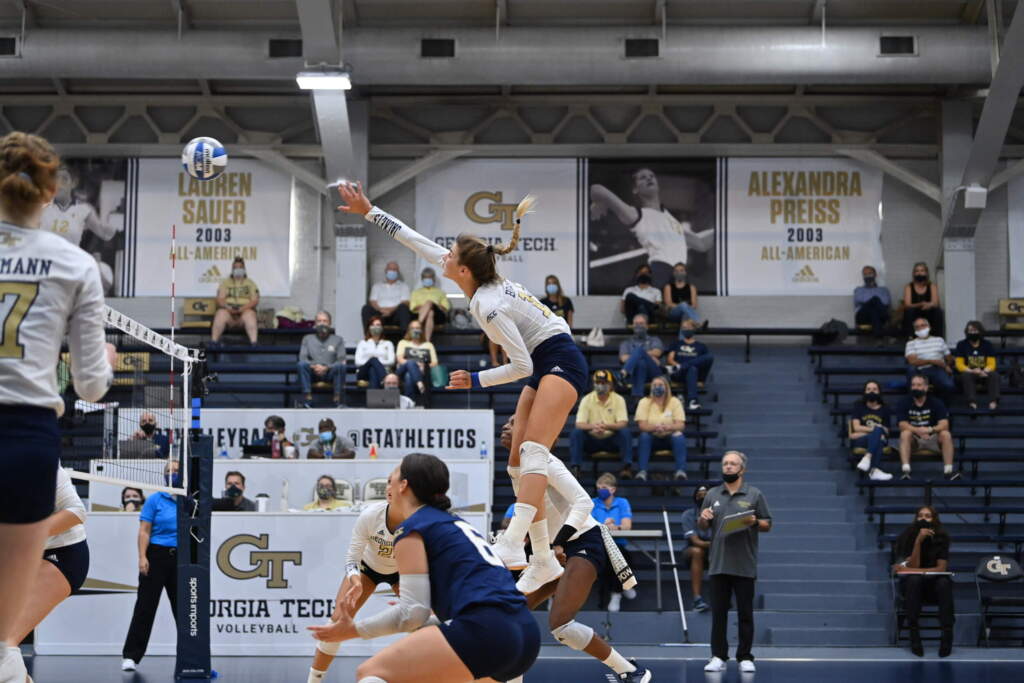 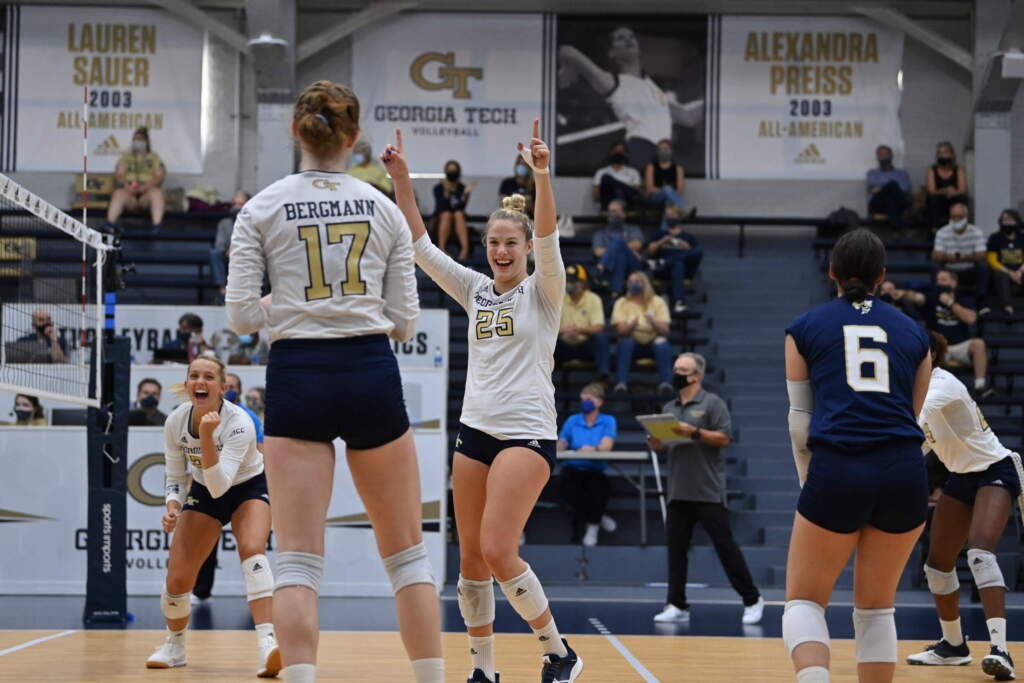 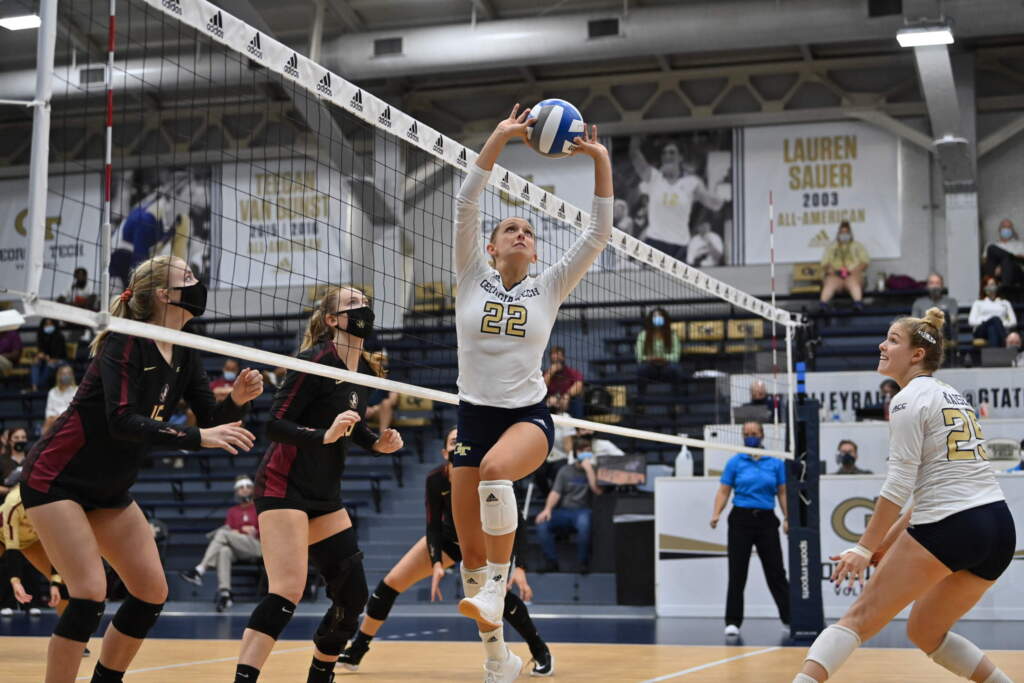 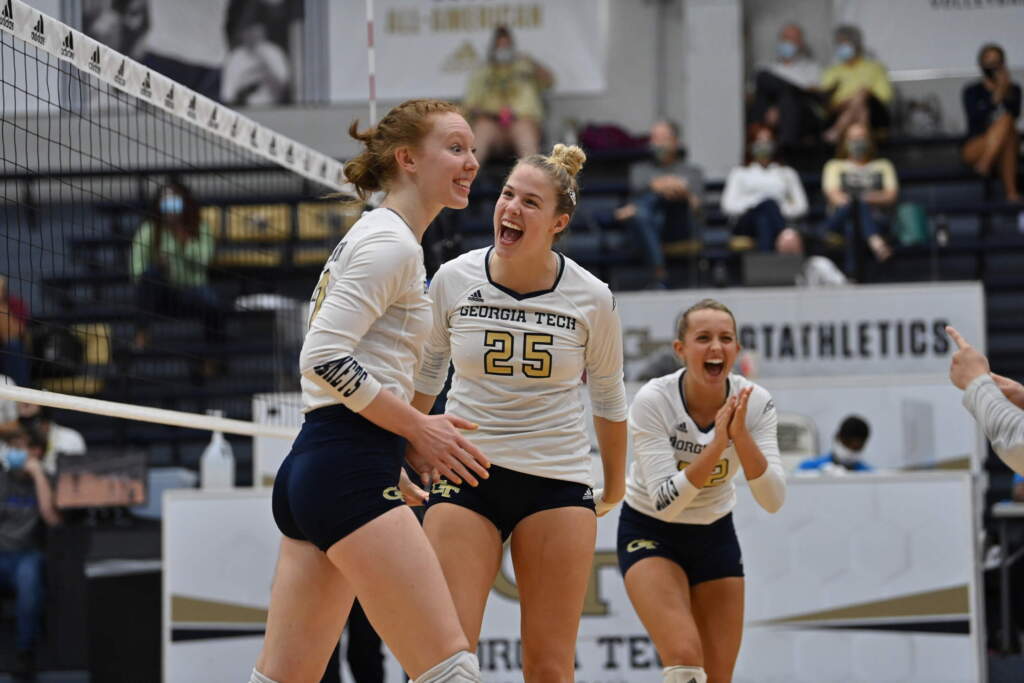 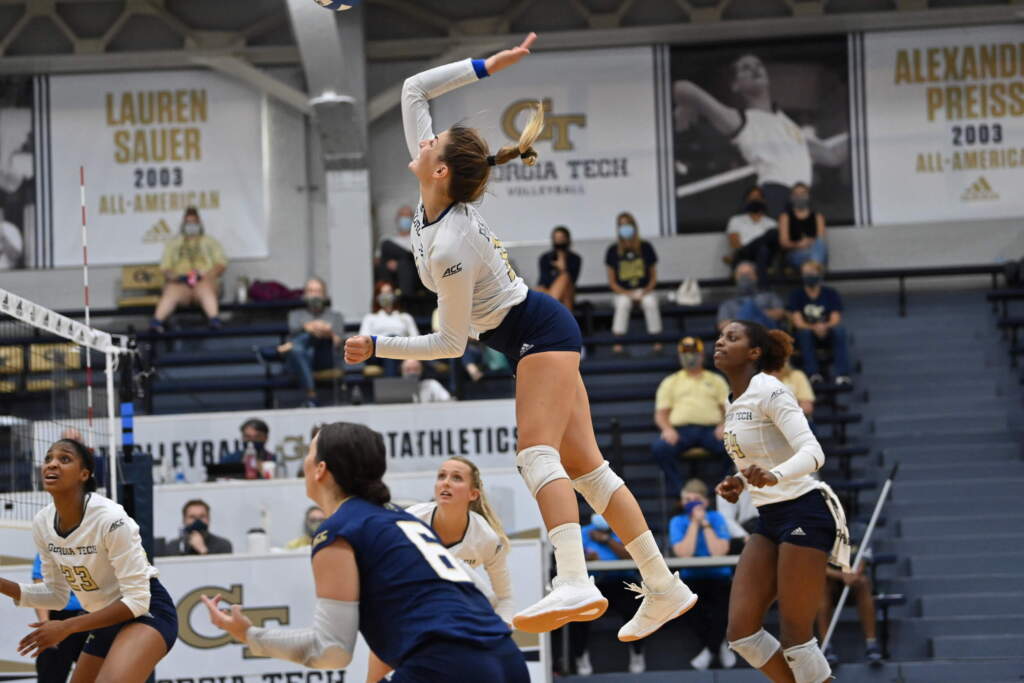 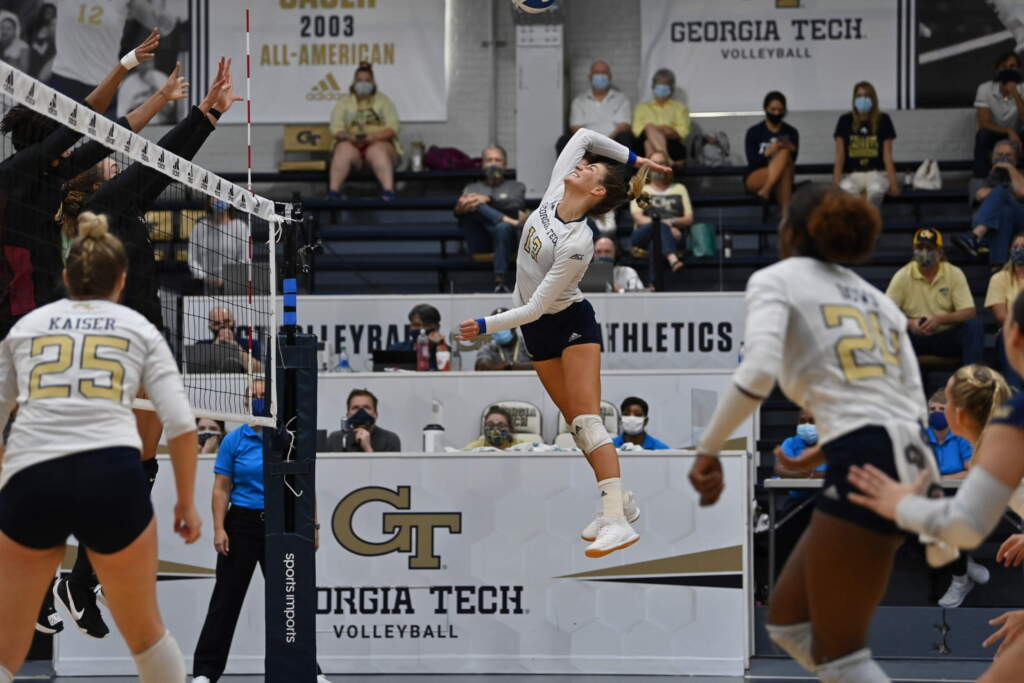 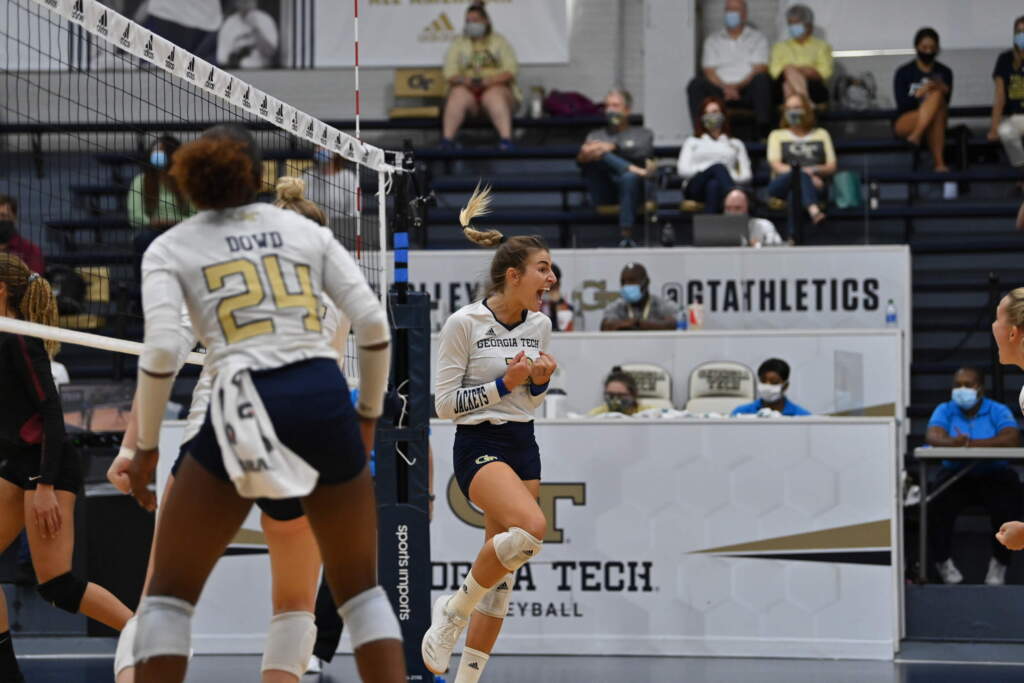 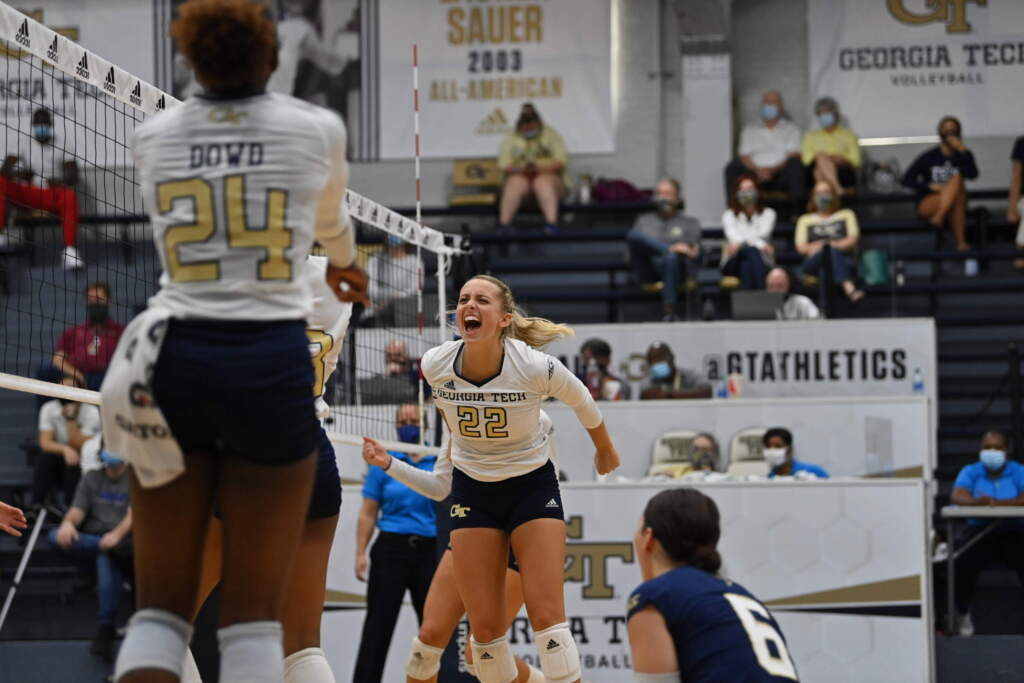 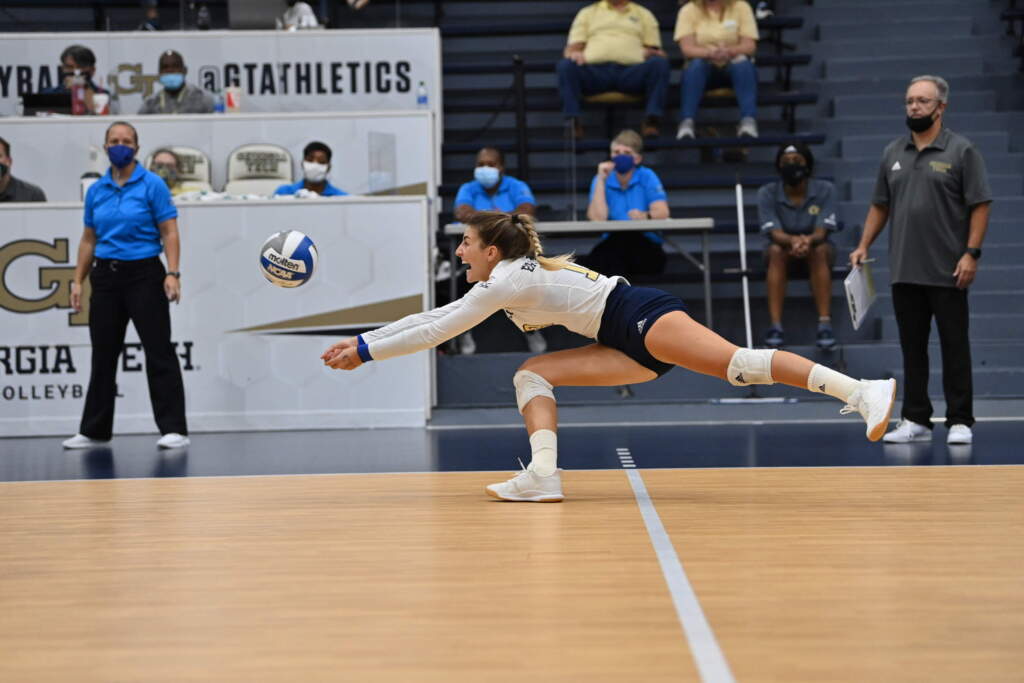 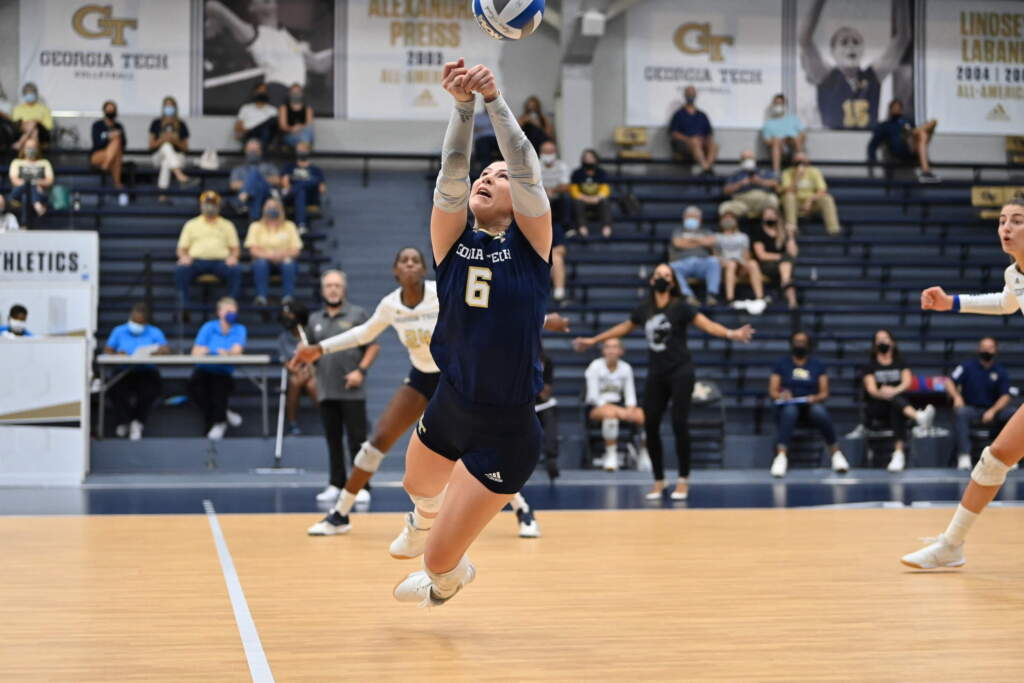 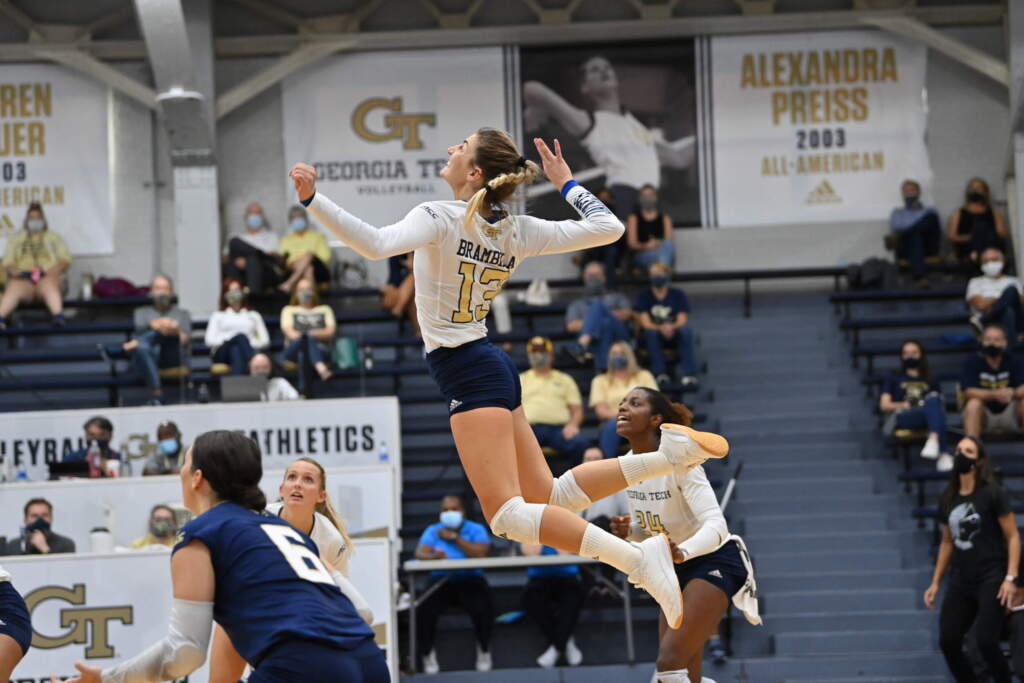 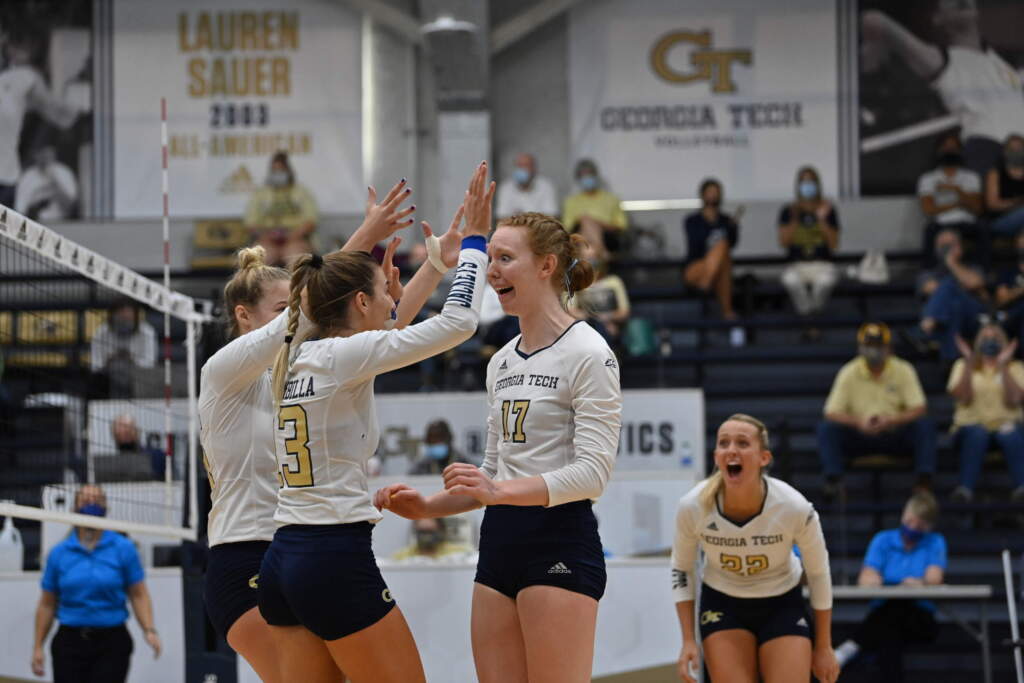 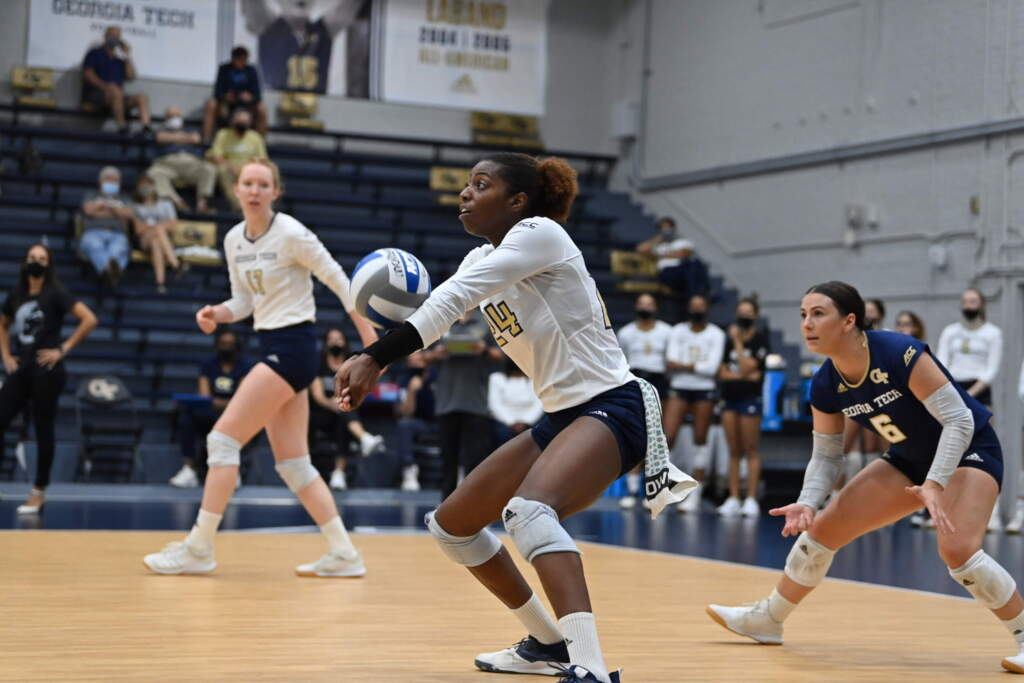 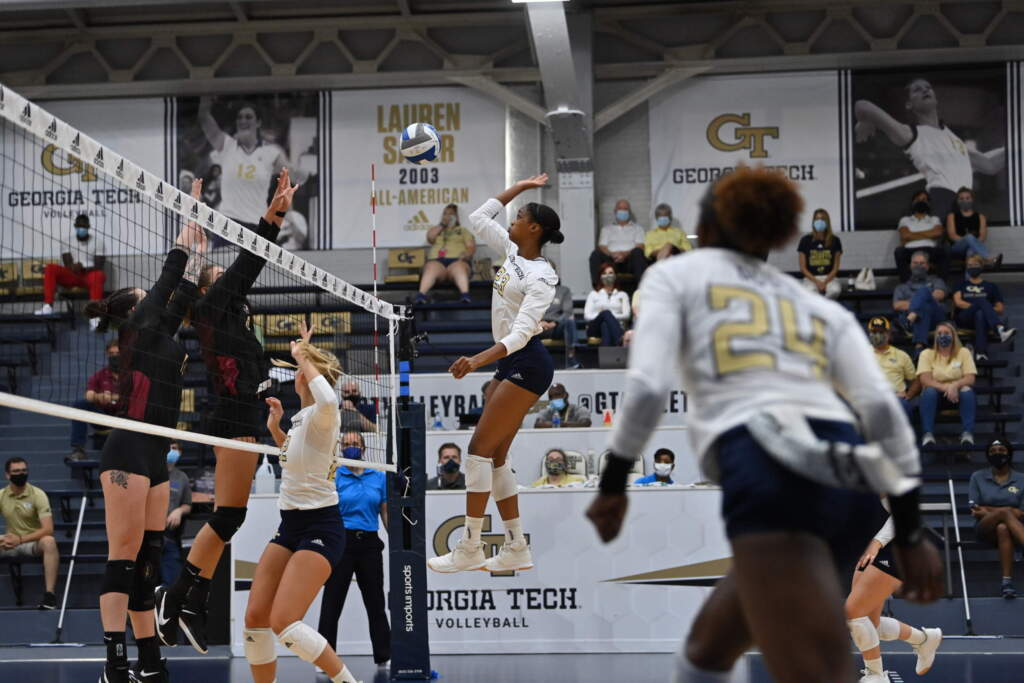 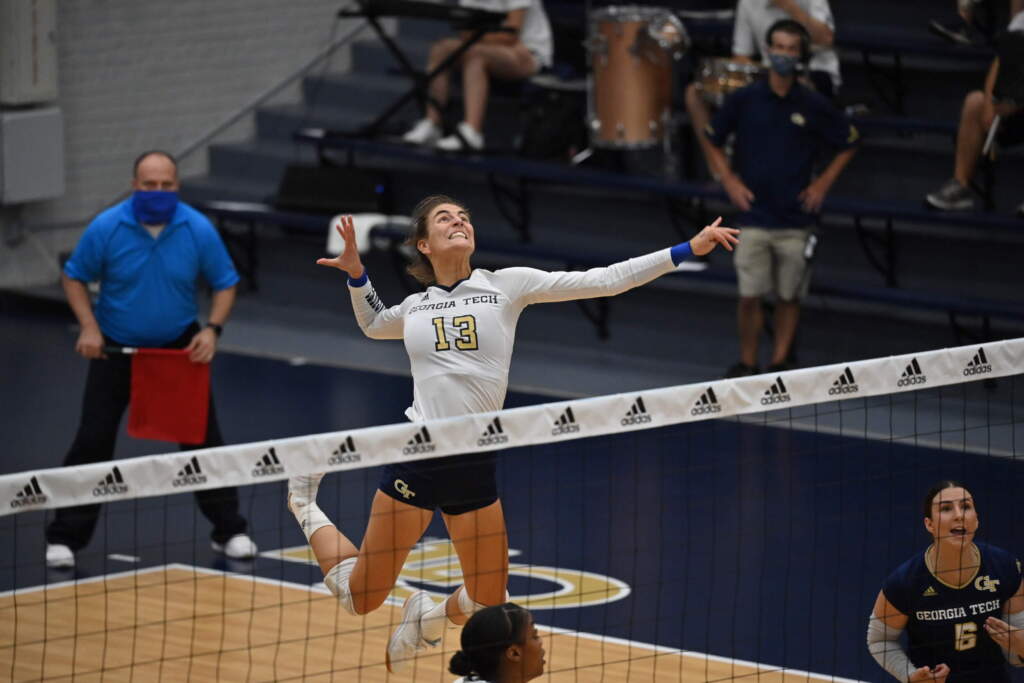 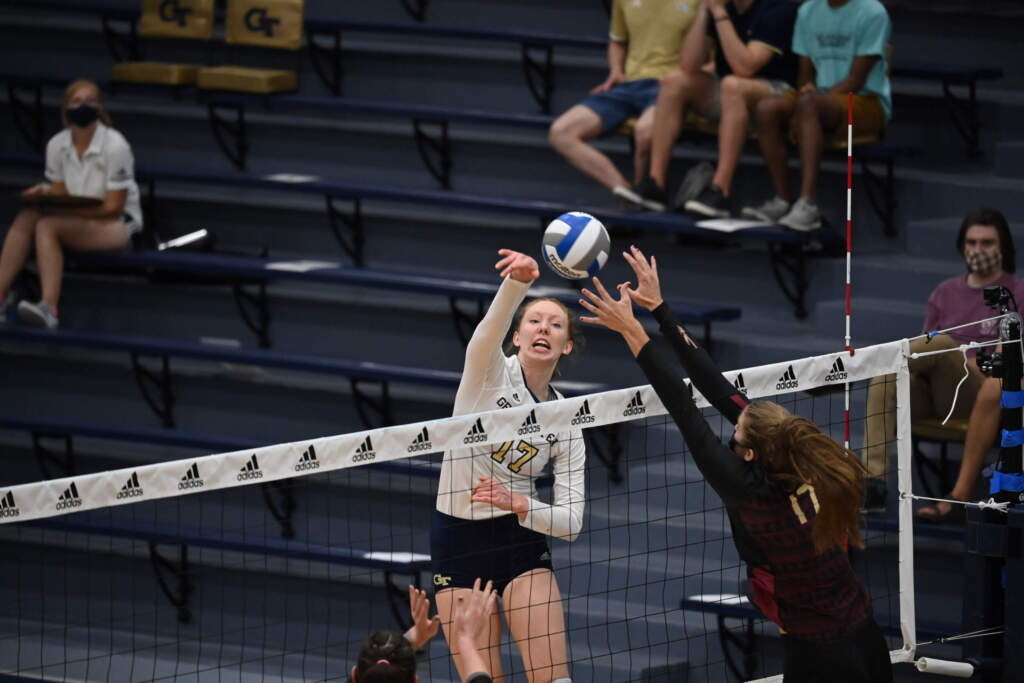 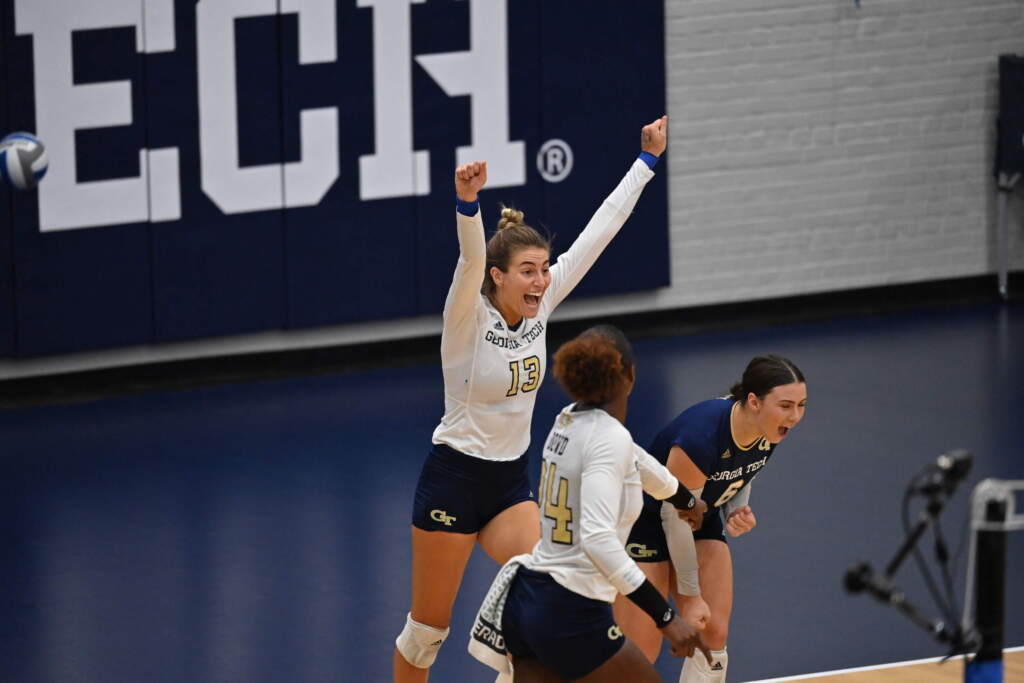 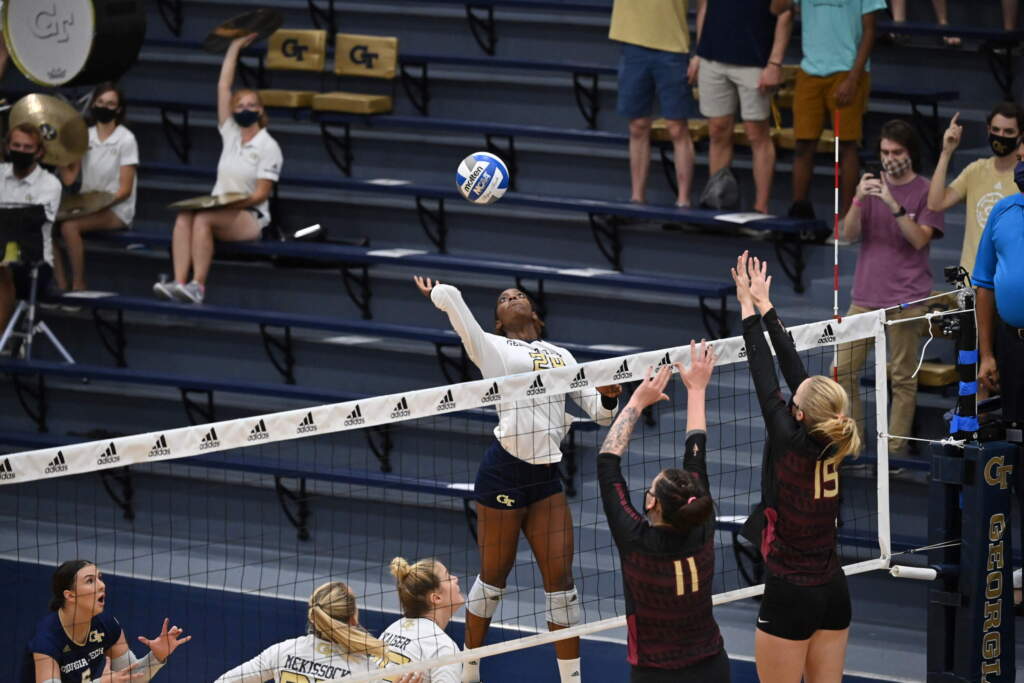 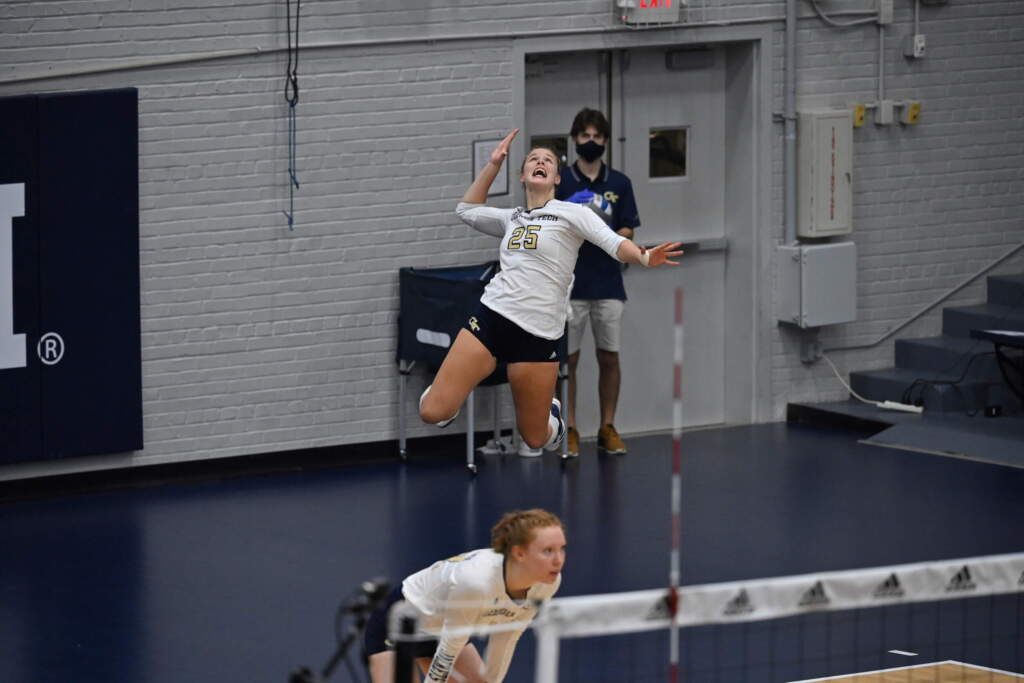 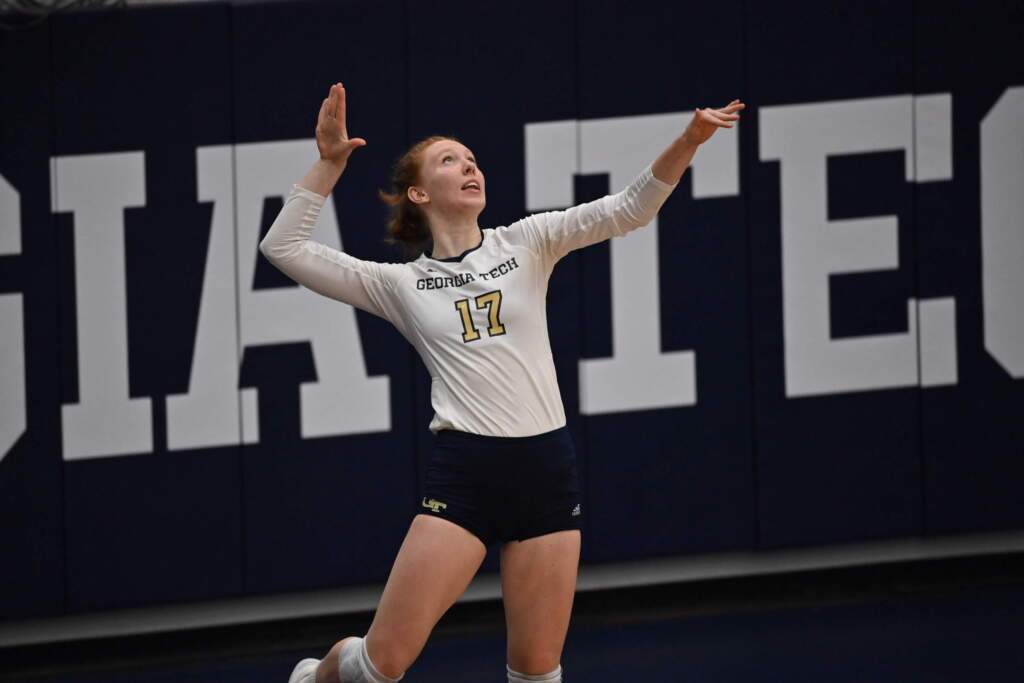 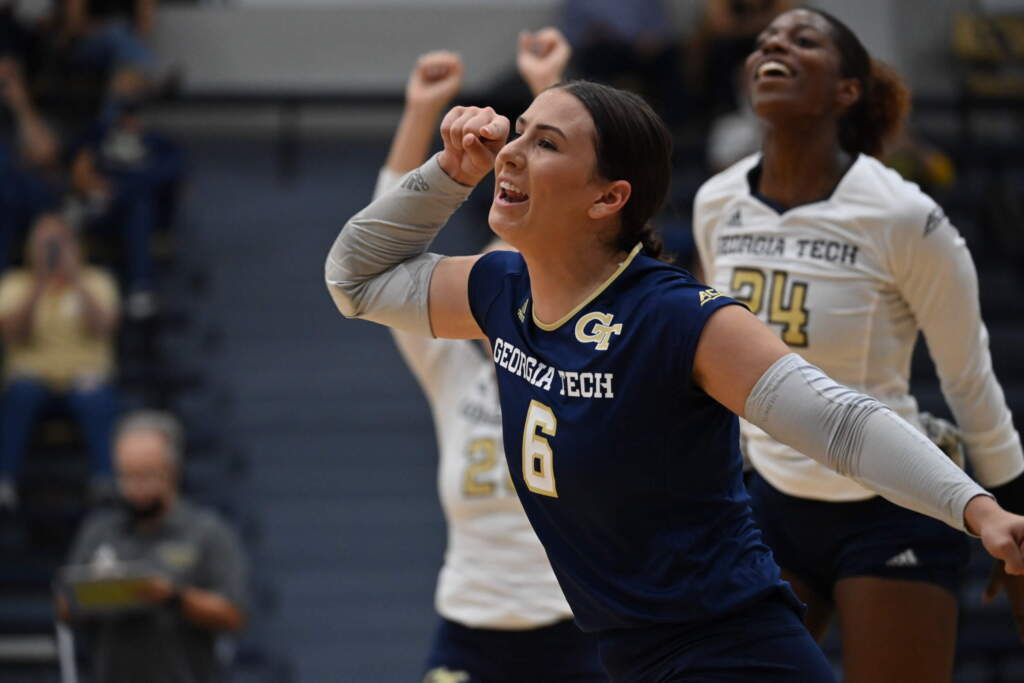 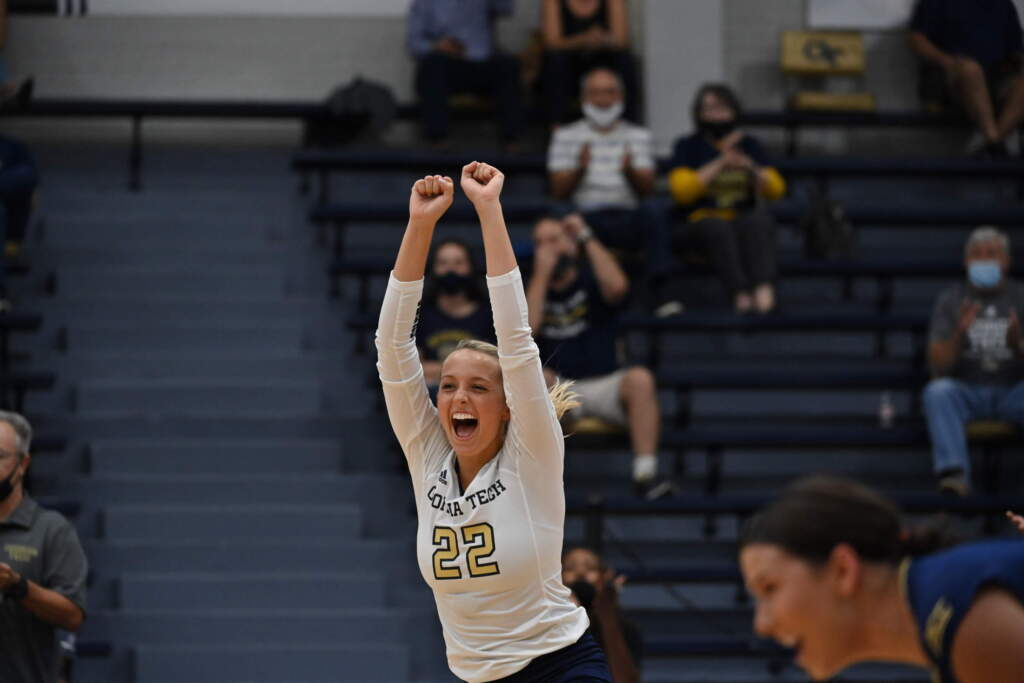 Tech got off to a fast start again in the first set, behind three early kills from Mikaila Dowd (9k, 7d) to jump out to an 11-3 advantage. Tech’s dominance continued, with a 9-1 run to extend the score to 19-9. The Jackets rolled the rest of the way to a 25-14 win in set one. Brambilla led the way with four kills, while Bergmann and Dowd added three apiece.

That momentum carried into the second set, with the Jackets jumping out to a 12-4 lead behind Brambilla and Bergmann. Florida State cut into the lead a bit with kills from Emma Clothier, Morgan Chacon and an ace from Lily Tessier, but a Brambilla kill ended the run as the Jackets held onto a 15-8 lead about midway through. Florida State cut the lead to five on a kill from Jasmyn Martin, but Erin Moss (5-0-9) answered right back as Tech went on to roll the rest of the way, taking the second set by a score of 25-17.

Florida State started strong in the third set, building an early 3-1 lead, but Tech would quickly tie it back up with a Kayla Kaiser kill followed by a Florida State attack error. The Yellow Jackets would take their first lead of the set, 4-3, on a kill from Brambilla, her 12th. But the Seminoles would put up a fight, taking an 11-9 lead before the Jackets were forced to take timeout. Florida State hung onto that lead until Brambilla tied the score at 15. A couple of Florida State errors turned the tide in Tech’s favor, as the Jackets jumped out to an 18-15 lead on a kill by Dowd, forcing Florida State to call time. Tech clung to its three-point lead until a kill from Dowd put them up 23-19. A Florida State service error led to match point, which was killed by Brambilla to give the Jackets the 25-20 win in the set and second-straight home sweep.

Back for ☝ more today!

S1| Kill number 3️⃣ from Dowd and Tech has an early 10-3 lead!! pic.twitter.com/gxLZnNWpwC

What a way to start things off on our home court!!#poinTech pic.twitter.com/iHCheQMbhm