No. 9 Jackets Cruise to Fourth-Straight Win

Caught up with @collmich after a great team win tonight on the road! #poinTech 🐝🏐 pic.twitter.com/SFp5WZsQVX 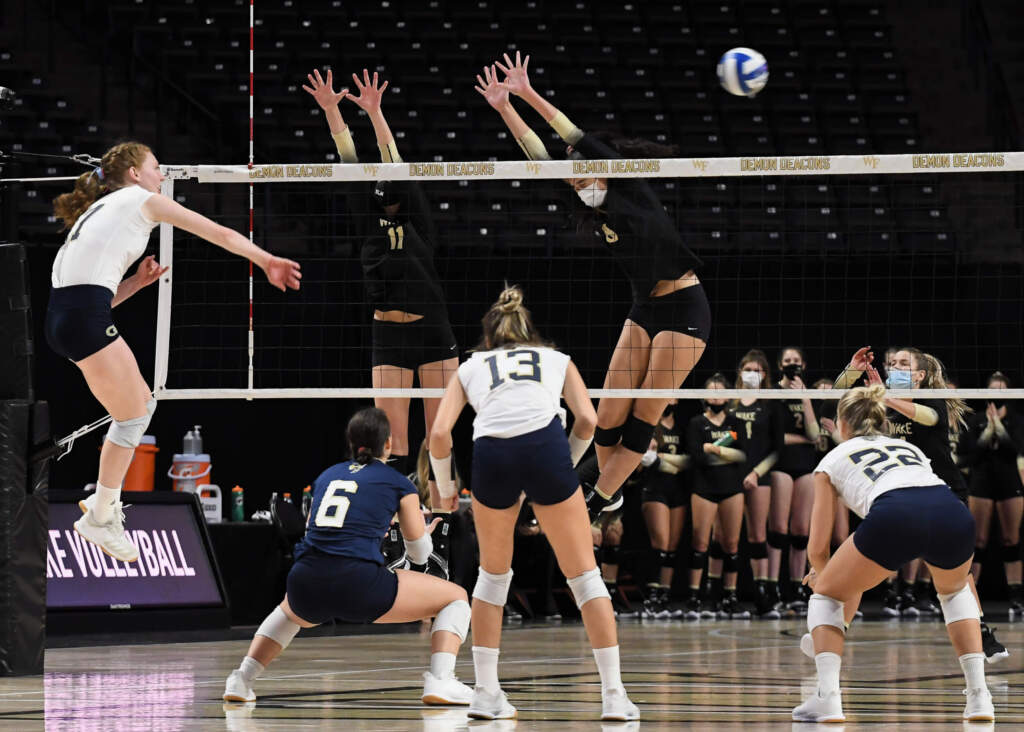 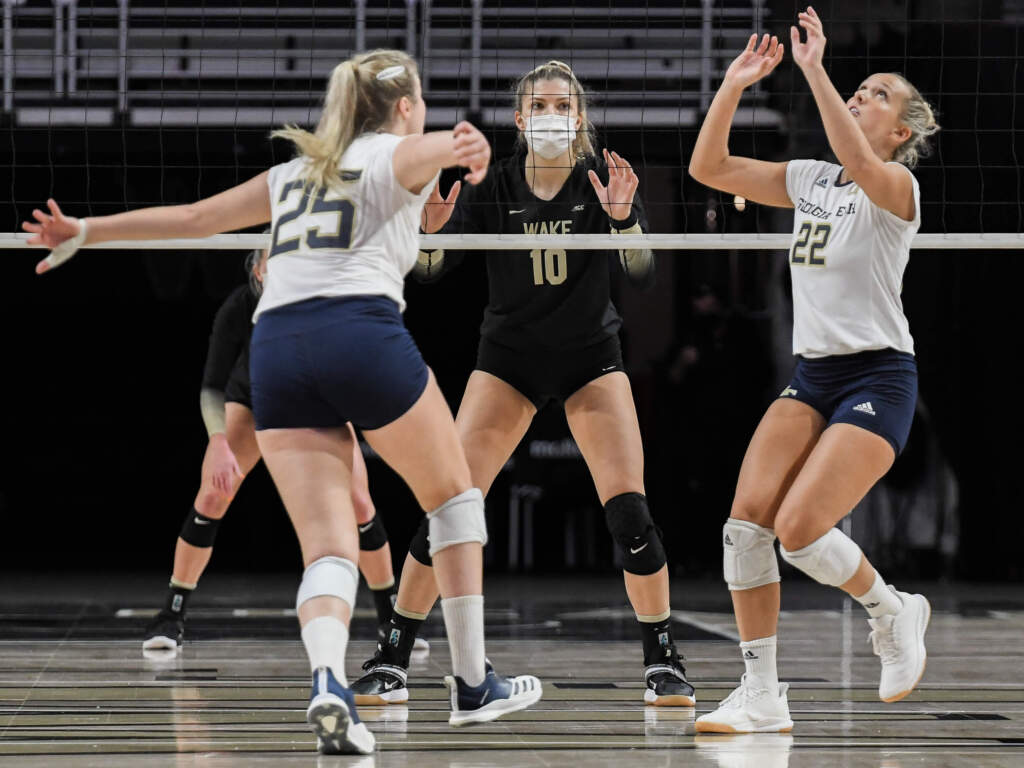 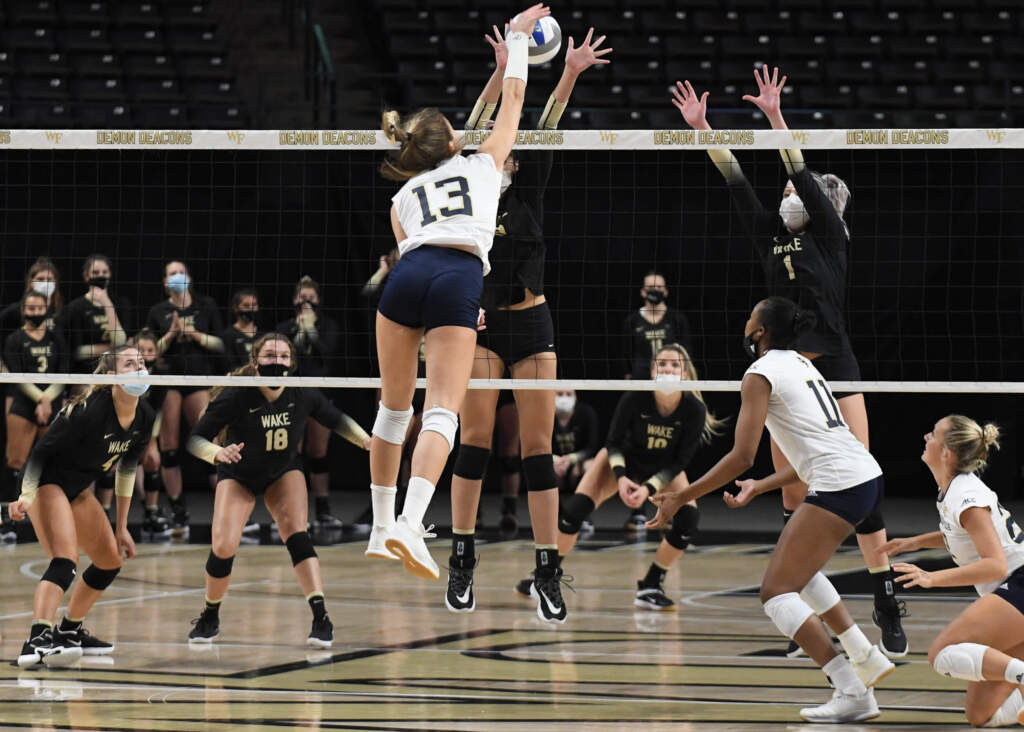 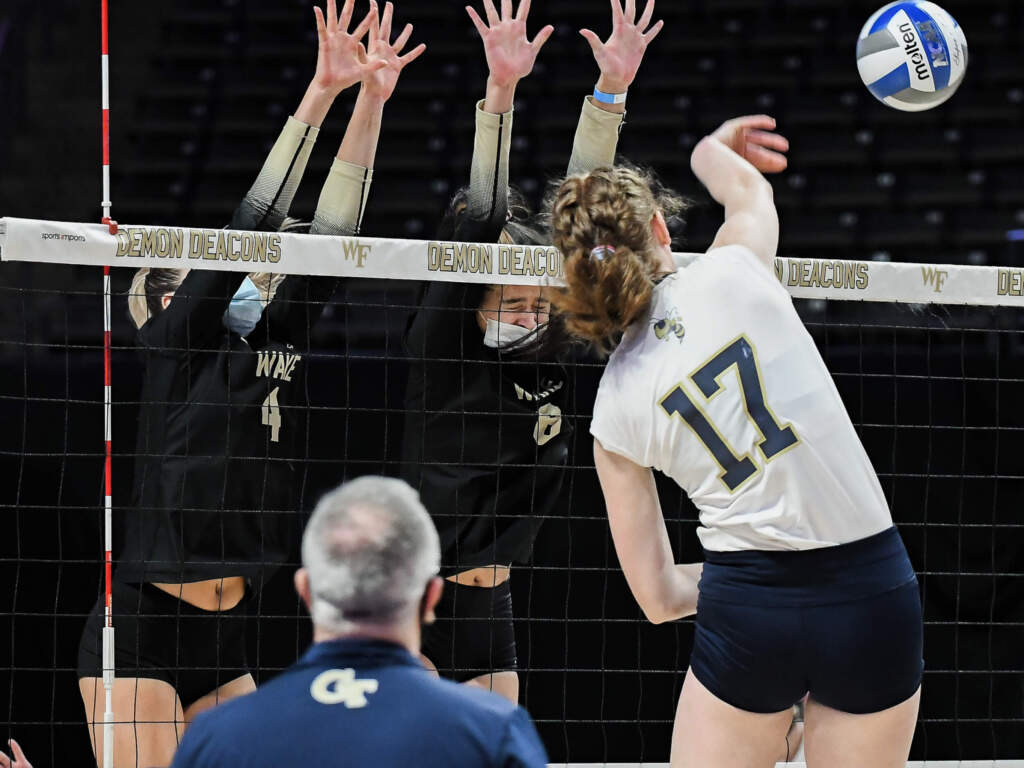 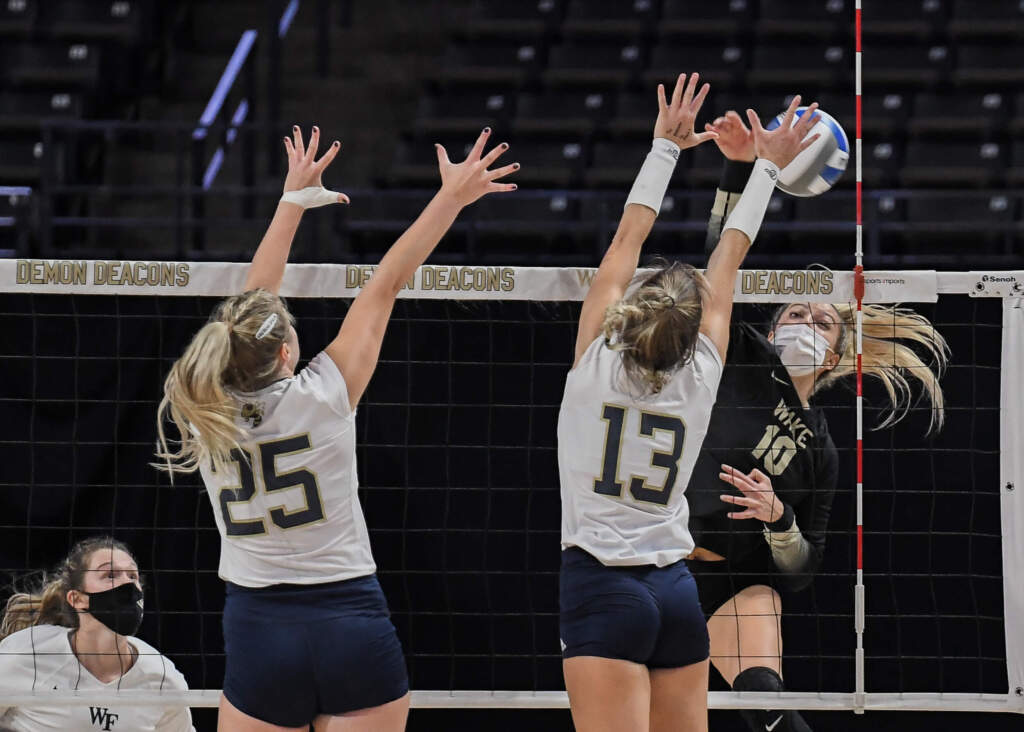 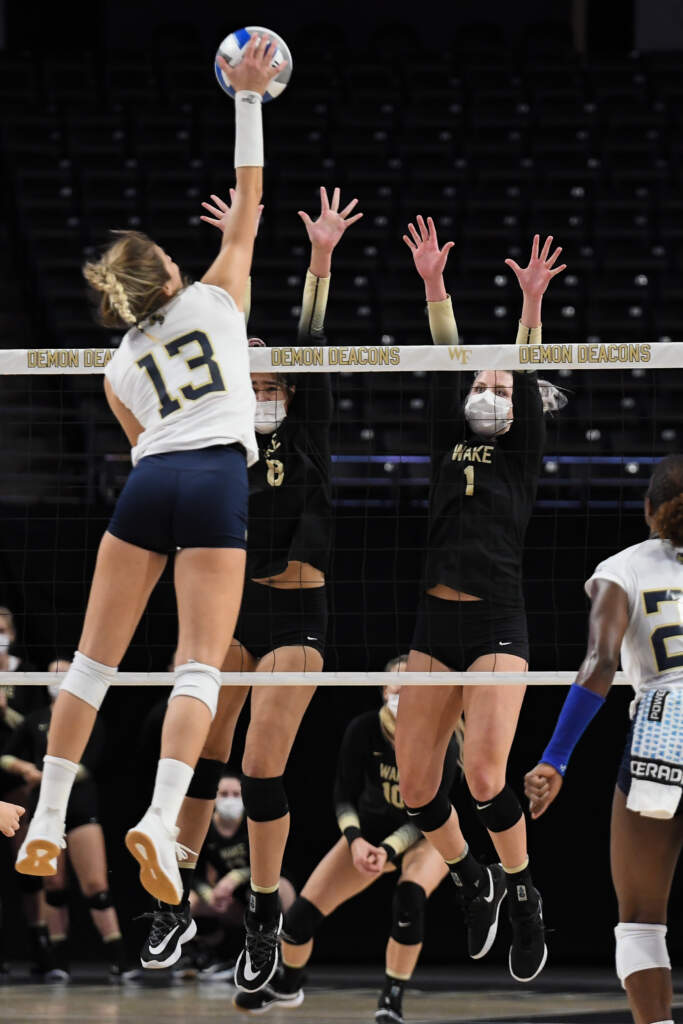 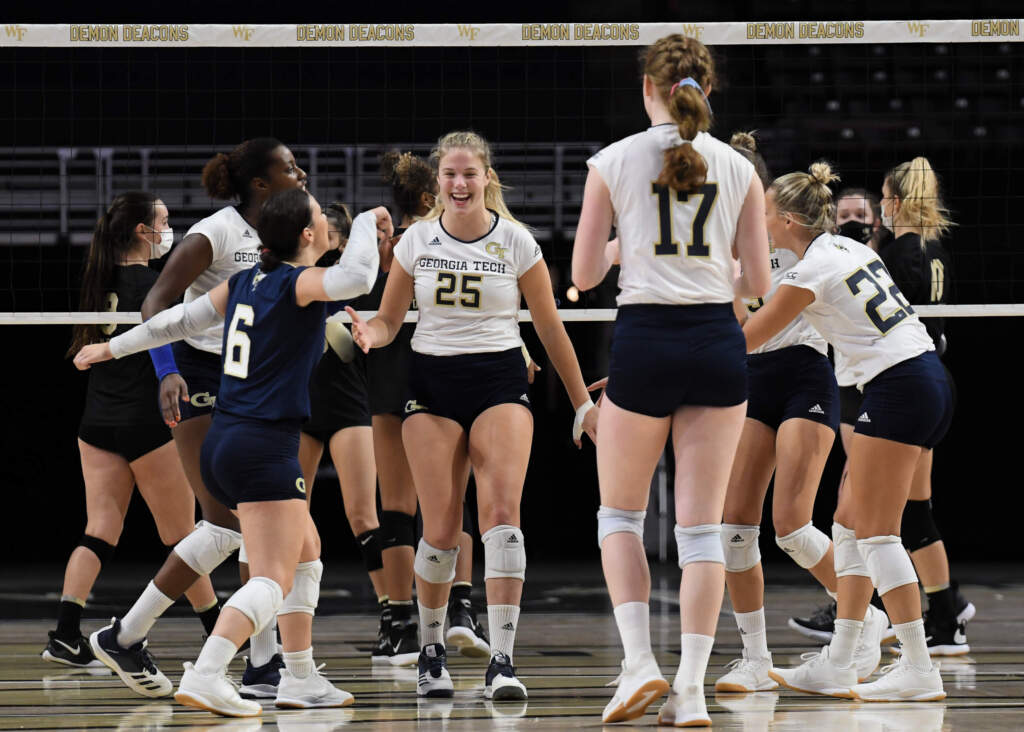 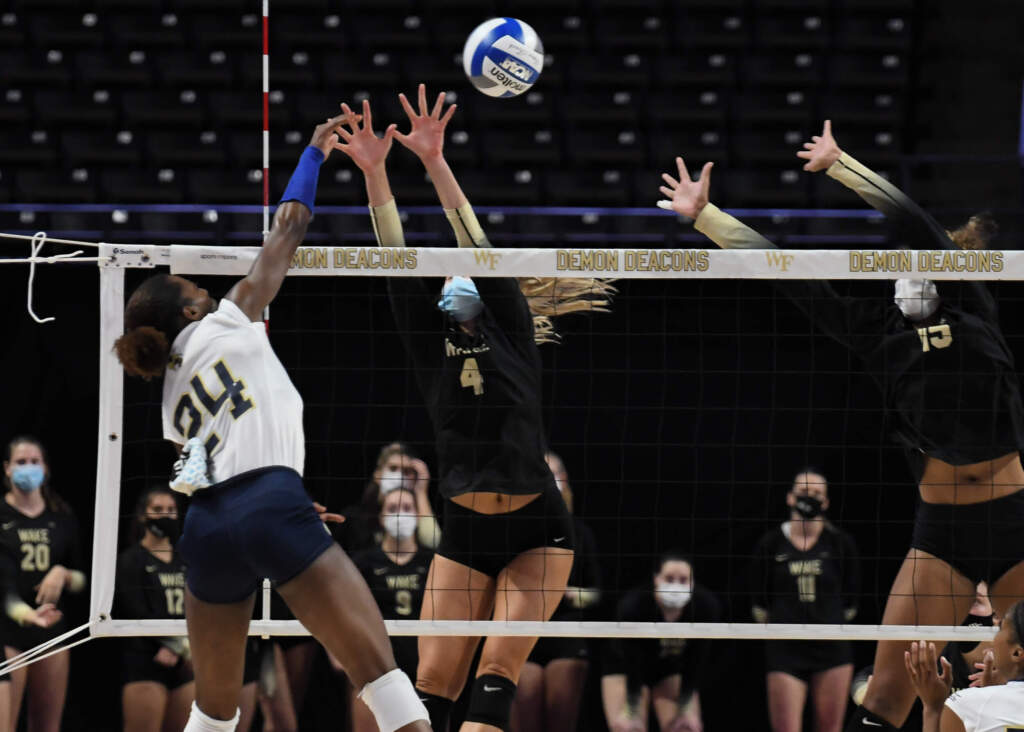 A couple of errors put Tech on its heels early on in the first set, but the Jackets went on to take the next nine-straight points to make it 10-4. The Yellow Jackets rolled the rest of the way behind six kills from Dowd, five from Brambilla and four from Bergmann. Brambilla had three service aces in the first set as Georgia tech hit .440 to run away with a 25-14 win to go up, 1-0.

Tech’s dominance rolled right on into the second set as the Jackets took an early 3-0 lead and then rode a 5-0 run to go up 8-2 as the Demon Deacons were forced to take an early timeout. Tech extended its lead to 12-3 behind Dowd and Moss who landed both of her kills during that run. It would be all Yellow Jackets, rolling to another dominant performance and a 25-10 win in set number two.

It was all Georgia Tech again in the third set as the Yellow Jackets cruised to a 15-6 lead behind Dowd and Bergmann’s strong play, and went on to win the set 25-13 for the sweep. The Jackets didn’t allow a single Wake Forest player to have more than six kills while holding the Demon Deacons to a .025 hitting percentage.

First set is in the books!!