NCBWA Players of the Month

ARLINGTON, Texas – Georgia Tech sophomore pitcher Connor Thomas was tabbed the National Pitcher of the Month for the month of April by the National Collegiate Baseball Writers Association (NCBWA) today.

Thomas, a native of Omega, Ga., dominated on the mound for the Jackets during April, posting a 1.41 ERA in four starts, with a 2-0 mark. Thomas worked 32 innings, allowing only 22 hits and four walks, striking out 43 while holding opponents to a .195 average. He tossed two complete games in April and fanned 17 in a win over Wake Forest.

Following his 17-strikeout performance in the complete-game in over Wake Forest on April 28, Thomas was one of eight players recognized by Collegiate Baseball as a National Player of the Week on Monday, April 30, and was tabbed the Perfect Game/Rawlings College Pitcher of the Week on Tuesday, May 1.

Founded in 1962, the NCBWA is dedicated to the advancement of college baseball. Membership is open to writers, broadcasters and publicists of the sport. For more information about the NCBWA, visit the association’s official Web site, www.ncbwa.com. 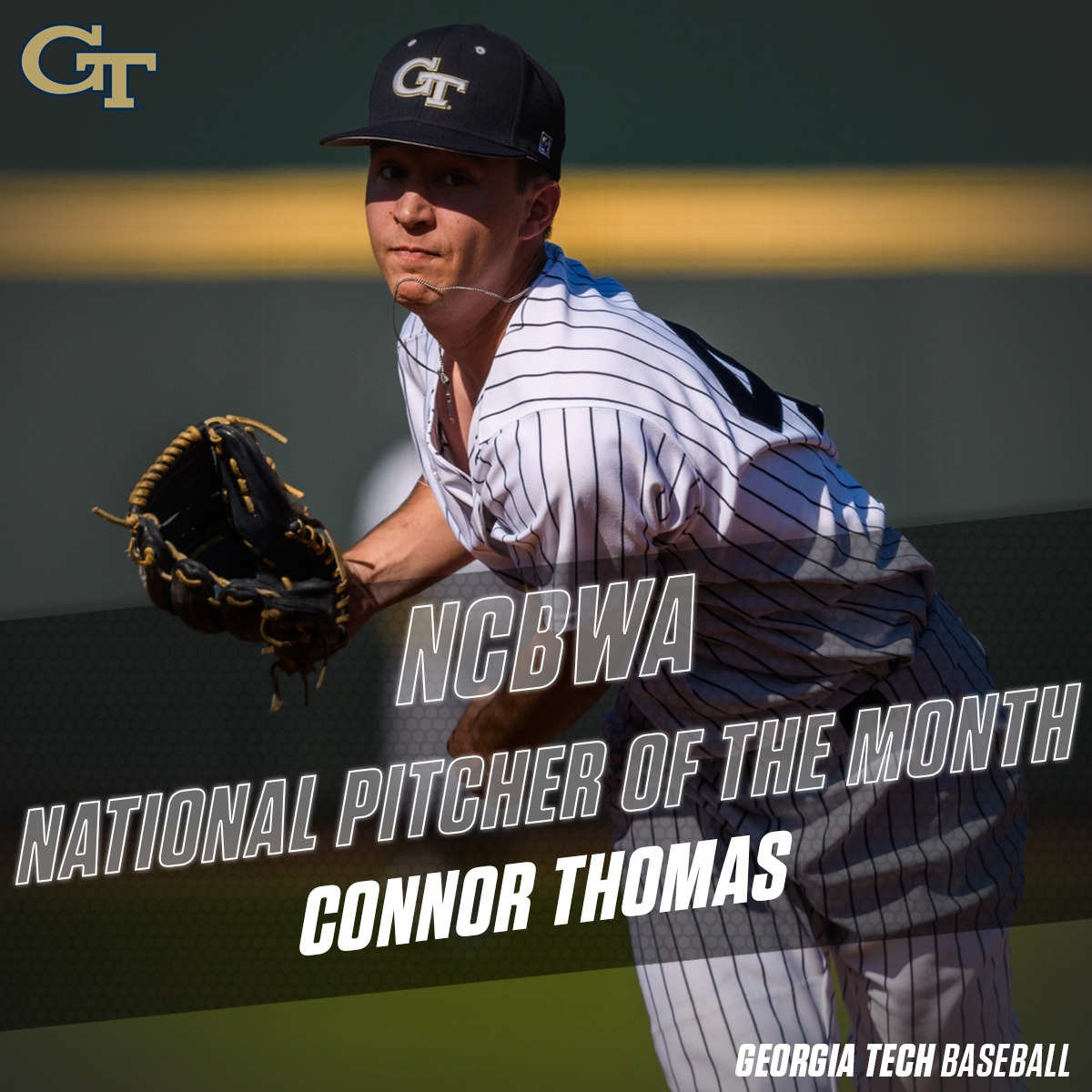