#TGW: Warming up the Engine

When Georgia Tech Basketball Coach Josh Pastner envisions his team in car terms, it’s probably as a Ferrari on The German Autobahn.

You don’t have to be a mechanic to know that the distributor makes the difference between a Ferrari and a Yugo.

That’s why he appreciates his point guard for the last two seasons, sophomore Jose Alvarado, who has been the distributor for CJP — even though Josh Okogie was the scoring centerpiece last season.

It’s also helps explain why when the 6-0, 174-pound, Brooklyn, N.Y., native horrifically crash-landed with 8:14 left in the first half against Duke last Feb. 11 at McCamish Pavilion, dislocating his left elbow, the Yellow Jackets offense basically crash-landed with him. Tech lost to Duke, and won only twice in its final seven games, including a first-round loss in the ACC Tournament to Boston College.

It wasn’t easy, the summer oversaw a major overhaul.

“It was very difficult coming back from an injury like that, and it took time to come back,” said Alvarado, who averaged 12.1 points, and 3.1 assists, as well as 3.7 rebounds and 1.7 steals. “But with the people around me, the recovery went a lot faster than we thought it would. Coming back was more getting back in shape and doing winning plays and just focusing on the team.

“The hardest part was the strength, the discipline, the motion, just getting it right,” he added. “Everything was very difficult at one point, but it got easier as it went on. It was a lot of watching film, learning about myself, mentally getting mature and just trying to be the best teammate that I could be on or off the court.”

The Jackets may be running a “Positionless” offense this season, but Alvarado’s position may be the most irreplaceable.

“We’re better with Jose in the game,” said Pastner. “Jose’s really matured. Especially on the defensive end. You can tell his maturation. Jose’s going to have a good year.”

Alvarado attributes his experience of going through the rehabilitation for some of that maturity — even if it meant going through basketball withdrawal, as he didn’t even TOUCH a basketball for two months while on the comeback trail.

“My game, I think my whole life, improved because of the injury, coming back, just learning so much from maturing-wise and experience,” he said. “Don’t ever take basketball for granted. Because I sat down for a long time, and it was hard for me. I just want to go out there every time and play 100 percent.”

But just because Alvarado is back to 100 percent doesn’t mean he’ll be playing 100 percent of the time — something he did eight times last season, seven times in ACC play, including an entire 45-minute appearance at Boston College on Feb. 4. That’s a lesson Pastner says he’s learned from last year and implemented in the 2018-19 opener Friday night against Lamar. 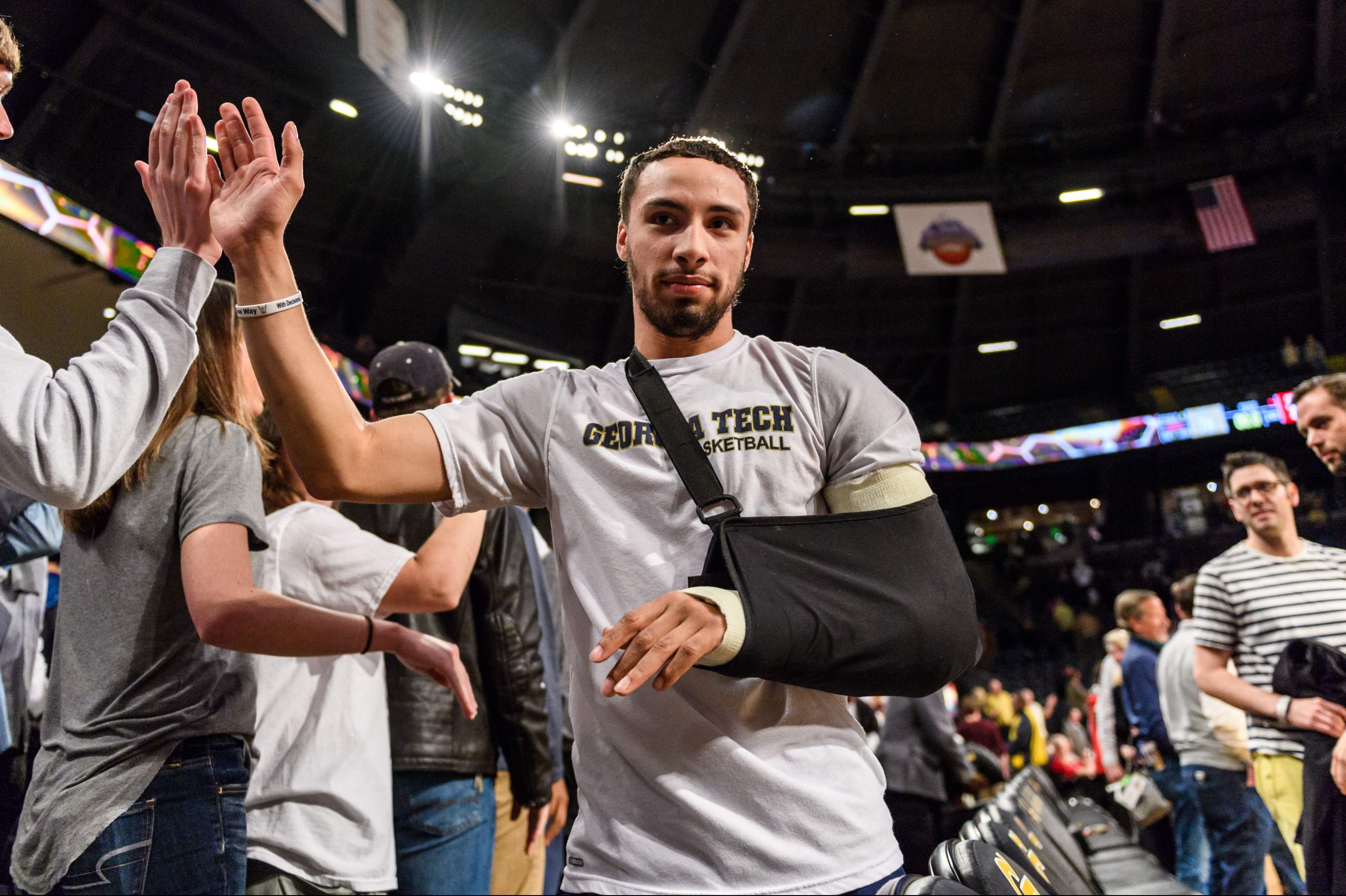 Up until the time he was injured last February, Jose Alvarado averaged more minutes played than any freshman in Division I.

“I was able to give him a little rest during the game, where last year I probably wouldn’t have rested him. I would have played him all 40 minutes,” he said. “We do have enough players now that I feel confident enough to give him some rest, and there won’t be such a drop-off. We’re better with Jose, I think we all know that, but there are going to be times where we’ll have different combinations.”

Last season Alvarado was pretty much part of EVERY combination, averaging 35.9 minutes per game, fourth among all freshmen in the nation at the time he was injured, and played 89.3 percent of possible minutes, also fourth. In ACC play, he logged 39.2 minutes per game (fourth), with the seven complete games, including the Boston marathon.

Alvarado, who joined the distinguished company of Mark Price, Kenny Anderson, Travis Best, Stephon Marbury, Tony Akins and Jarrett Jack — all pro players and all but Akins playing in the NBA — to start at the point as a freshman, and the latest Christ The King point to come to the Flats, following Stephon Marbury, believes he’s not only healthier but better equipped to get and keep Tech on that fast track as a sophomore.

He’s as good distributing props to his teammates as he is giving them the ball.

“I’m very comfortable, but the guys around me make it so much easier. They make me look good. When I pass them the ball, they make shots,” he said, with a laugh. “So it’s very comfortable and my brothers behind me, they make me feel comfortable. I just go out there and play my game and they tell me to just be myself.”

Against Lamar he looked comfortable and very much like himself, scoring 14 points on 50 percent shooting (6-for-12, 2-for-7 from three), with three rebounds, five assists vs. three turnovers, and two steals.

The Jackets will need that kind of production when they take the court at Thompson-Boling Arena, in Knoxville, Tenn., to take on the No. 6 Tennessee Volunteers (tipoff is at 9 p.m., and can be seen on ESPN2).

Alvarado’s not afraid of a small number in front of an opponent. This is the guy who riled up the hostile crowd at the Dean Smith Center in Chapel Hill last Jan. 20. He’s confident in himself and personifies the fire and passion the Jackets will bring with them as they complete the four-game series, in which Tech is 1-2, having lost two straight, including last year, 77-70, at McCamish.

“Tennessee’s a big one,” he said. “We’re going to go in there and fight and do what we’ve got to do and hopefully come out with the win. We’re really focused, and I think everybody’s confidence is 100 percent.”

Pastner saw Alvarado’s opener performance as promising and sees the same big-shot guy as last year. While Jose was 2-for-7 from three against Lamar (.286). It’s when he made the shots that mattered most. They came late in the second half, as Georgia Tech’s once 28-point lead had dwindled to 15 then 13.

The motor is just getting warm for the 2018-19 Ramblin’ Wreck, and, as with watching any powerful engine rev, there’s expectation and excitement. Part of that excitement is seeing the backcourt of Alvarado and incoming freshman Michael Devoe.

Devoe is already a big fan of his potential backcourt mate.

“It’s been great. He’s one of the hardest workers I’ve played with as well,” said Devoe, who was a teammate of Duke’s R.J. Barrett. “He’s a great guy, and off the court he’s great as well. I think this year, we’ll be really good together. We can jell a lot.”

As the Alvarado-Devoe backcourt works its way to full speed — Devoe is getting his conditioning back, having been slowed by a toe injury that kept him sidelined for six weeks — people are already talking anticipating.

“He and Jose together, they’re going to be really good this year,” Pastner said. “But when you’re talking when Mike’s a sophomore and Jose’s a junior, and Mike’s a junior and Jose’s a senior, those guys in the backcourt will be as good as there is in the ACC.”

Alvarado is focused on now and is just excited to get back out on the court and get things running.

“I feel good,” he said. “I missed playing in a real, official game.”