THE FLATS — As Carter Hall approaches the finish line of his college experience at Georgia Tech, the pace of his life is crazy quick even though he no longer is so nimble.

His career as a baseball player ended, gradually and painfully, as a result of a back injury suffered while weight lifting as a freshman in 2015-16. The son of head coach Danny Hall and wife Kara will graduate Saturday with a degree in business administration/finance, and quite likely move quickly into professional baseball in a non-playing role.

He took a computer science final exam last Friday, caught a flight to San Diego on Saturday, spent a couple days at the Major League Baseball winter meetings bouncing around job interviews with MLB teams like a ping pong ball might travel in a wind tunnel, flew back to Atlanta Tuesday afternoon/evening and then faced his last final exam on Wednesday on The Flats.

The path of Carter Hall, 23, has not been typical. Waiting – with his father – to catch that flight home, he spent a few minutes Tuesday reflecting on his remarkable journey and its current whirlwind.

“It’s been crazy. (Monday) night, I met with some more pretty impressive people out of the blue, no schedules, really,” Hall said. “I think I talked to maybe 10 teams. I’ve kind of been interviewing with a lot of them leading up to winter meetings. Others, they just heard I was here (and arranged impromptu interviews).”

Carter Hall knows something about unplanned events good and bad.

While helping Wesleyan School (Peachtree Corners) to a state championship, there came the process of picking a college. A high-level prospect, Hall had choices driven both by his skill as a baseball player and his academic profile.

“The recruiting process was pretty different. Dad didn’t want me to attend any ACC school, and most of the SEC wasn’t attractive to me,” Carter said. “It came down to Vanderbilt, Stanford and Georgia Tech.”

Dad would have you know that he soft-peddled Carter’s recruiting process. By the way, Danny, 65, traveled with Carter to Stanford for an official recruiting visit – a first-time event for the head coach. 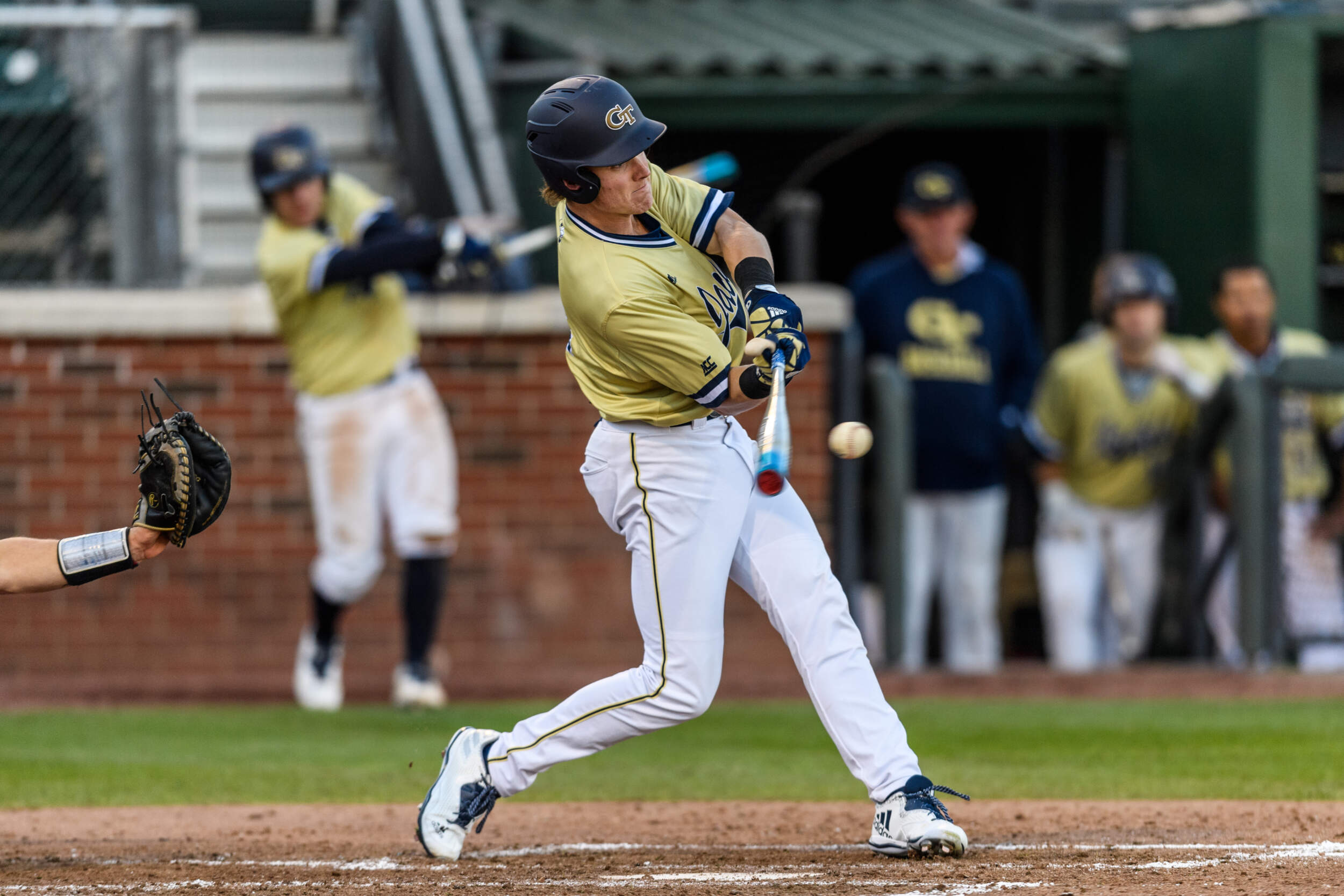 “He knew for sure that we wanted him, but I kind of wanted him to go through the process of looking at other schools and ultimately wanted him to go where he was comfortable,” Danny said. “I was probably less active, less pushy than with other recruits we pursue.”

Carter stayed home, and chose Tech and the chance to play alongside several student-athletes that he knew well.

“At the end of the day, I just couldn’t pass up opportunity to play for my dad. And I had played with Joey Bart (a former catcher, who was drafted No. 2 overall in 2018 as a junior) since I was 12 years old. I had so many relationships,” he said. “It was my dad, and the superb academics was a huge attraction.”

There came that weightlifting accident. It happened while doing a dead lift, trying to hoist a barbell from ground to overhead in a violent fashion.

“Just one of those things. Lifting is something you have to be very precise. My form just kind of got out of whack. You’ve got to have a whole lot of focus,” he said. “I was doing a lot more weight than I should have . . . My spine kind of shifted forward . . .

“I was a freshman, and I had never done something like that before. I was lifting with someone that was a whole lot bigger and stronger than me.”

Hall rehabbed and started the 2017 season. He played in eight games and took a medical redshirt.

Spinal fusion surgery in June of that year.

“I couldn’t bend for three months. My roommate, (former pitcher) Keyton Gibson, would pick up everything I dropped. Like a pencil. It would just slide out of my hands. A water bottle, whatever,” Carter said. “Now, I can pick up what I drop. My mobility is limited. I had hopes of playing that fifth year. I quickly realized that was not realistic. Today, I could not swing a bat anything like I could before.”

This has been hard on mom and dad. 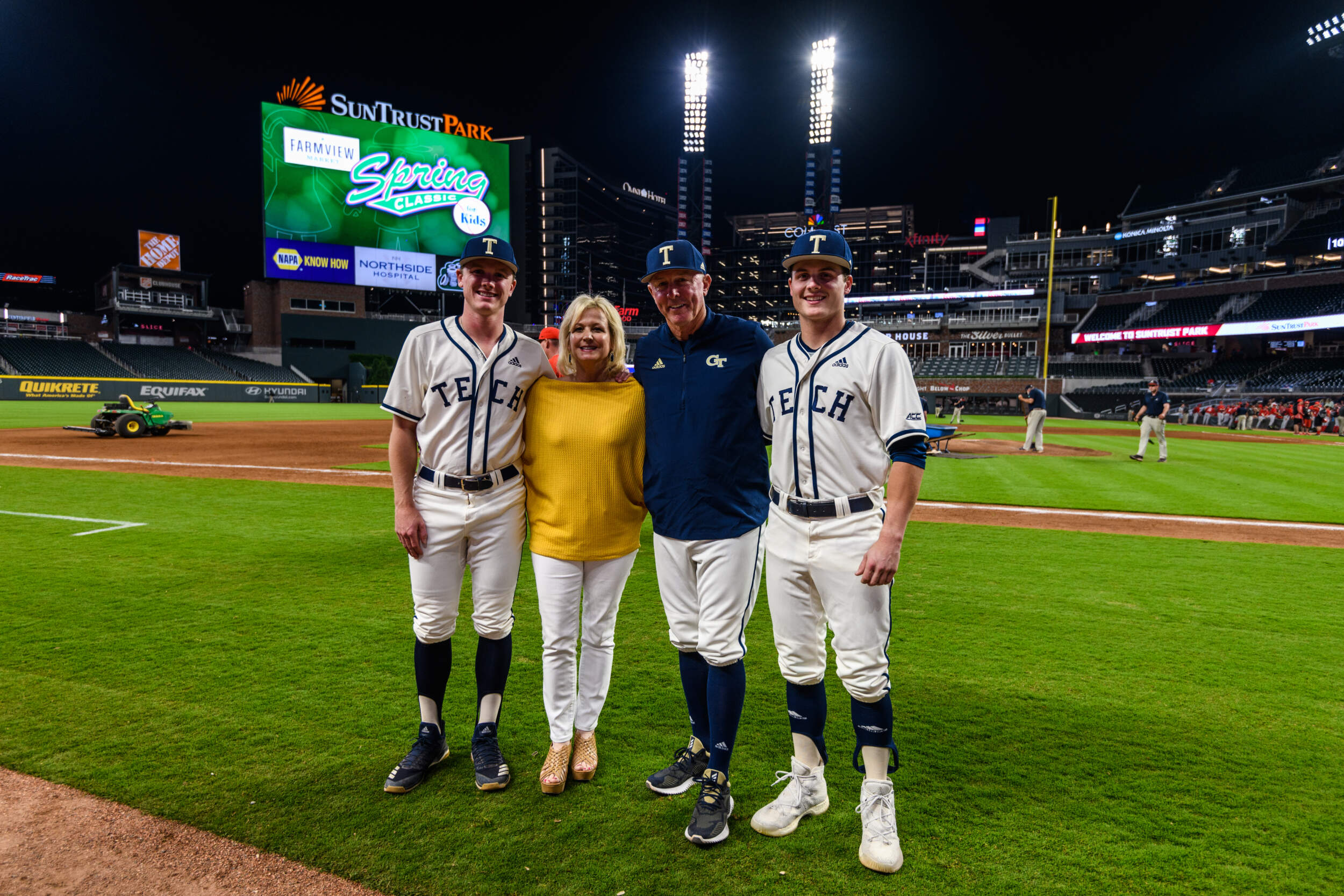 “It’s tough,” Danny explained. “You would never want your son or anybody at 22 years old to have to get their back fused. You hate it that he’s got to go through it, but you’re praying that the surgery is successful. It wasn’t an easy rehab. The healing part took longer than what we expected.”

While Carter was with the team in the spring of ’19 in a non-playing role, he was still doing baseball.

Yes, his father helped connect him with some folks in Major League Baseball – Danny has had 126 Tech players drafted in his now 27 years as head coach of the Yellow Jackets, so he knows people – but Carter is driving the bus even as he said Pops “has been my agent out here this week (in San Diego).”

“I would say he did about 90 percent of this on his own. If I thought he would have some traction with a team, I’d say so,” Danny said Tuesday from the airport in San Diego. “He really for about a year has sent e-mails and resumes to people in baseball. He had had a lot of phone interviews before he came out here.”

So, now, Carter Hall is about to leave Georgia Tech and is virtually certain to move into the Major League Baseball workplace. 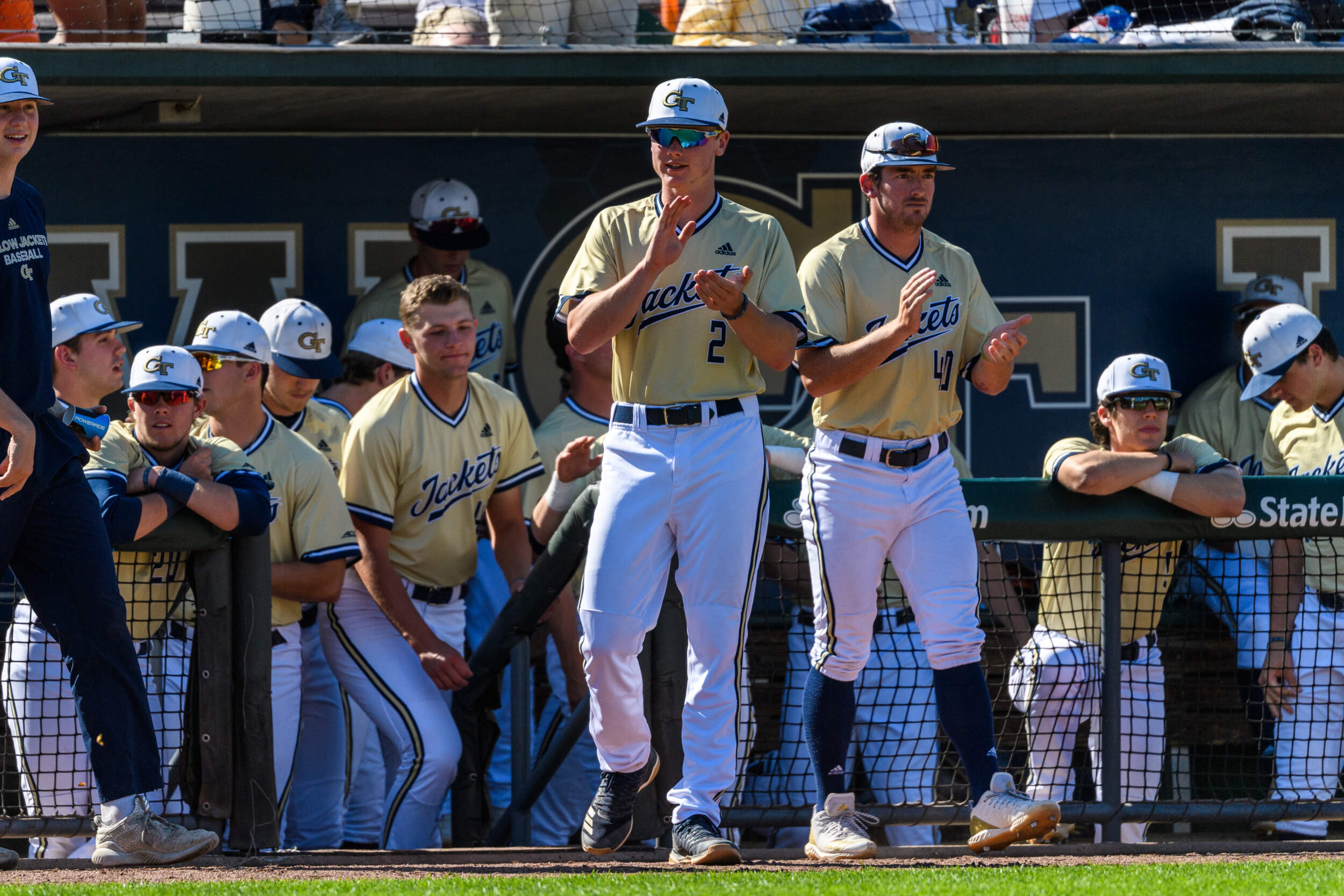 Despite not being healthy enough to play, Carter Hall was still voted to be a team captain in 2019.

He has considered being an agent. He’s thought about coaching. Both remain possibilities. But for now . . .

“The main goal is player development, which is just getting players better. Working on the field half the time alongside coaches, sometimes in the office,” Carter said. “The other possibility is scouting, whether amateur high school and college players, or in the big league to go around to big league parks and see if players are worth acquiring . . .

“I wanted to differentiate myself a little bit from my dad. Coaching may be down the road. I’d just like to get in a system, surround myself with some good people. My dream was to play pro baseball. That’s not possible, but I want to be in the game.”

Carter Hall has left the playing of baseball, and he’s about to help administer the game.

He’ll leave Georgia Tech with fond memories of being a Jacket on and off the field.

“I would say probably a personal memory that I will always cherish was my junior season when everybody knew what I was going through. First game back playing against Illinois-Chicago, my second at-bat I hit a three-run home run that won us the game. I remember how much my teammates were happy for me,” Carter said. “They always supported me through thick and thin and that was special . . .

“I also just love to see my teammates succeed. Seeing Joey Bart his junior season, being a part of the draft party with him, it was awesome to see the success . . . I think one of the coolest parts of being a Yellow Jacket is almost all of our guys, even the professionals like Matt Wieters and Charlie Blackmon, those guys hang on the field in the offseason and workout . . . It’s just special to have pro players around. They come back.”