#TGW: Pointed in the Right Direction

It’s rare so early in January to be presented with such a fascinating script as what Georgia Tech will walk into Wednesday night when No. 9/7 Virginia Tech visits McCamish Pavilion, and Michael Devoe can hardly wait to edit after not long ago stubbing a toe.

After the Yellow Jackets scored more points than in any ACC regular season game since 2008, a legitimate question bubbled up and the freshman guard was in the middle of it.

Is Tech’s offense catching up to its defense to where the Jackets can force their way into conversation in the ACC, especially with one of the nation’s top offenses coming to town?

Tech has won three straight games, averaging 86 points a game in the three best shooting games of the season. The Jackets shot 56.5 percent, 58 percent and 55.8 percent in beating Kennesaw State, USC Upstate and the Demon Deacons.

Add that up, and you have an average of 56.7 percent, which over a season would lead the NCAA ahead of Gonzaga’s 53.2.

Given that the Jackets have struggled to shoot the ball in head coach Josh Pastner’s two-plus years at the helm, it seems a fair question.

So, after Devoe made 4-of-6 shots, including 3-of-4 3-pointers on the way to a season-high 16 points, and Tech scored 20 of its final 22 points from the free throw line, he said, “I feel like it was a great win, and I’m looking forward to Virginia Tech on Wednesday. I just felt like myself. I think I’m one of the best 3-point shooters out there.”

Devoe added four assists against Wake Forest, and that was just as important as Tech’s shooting prowess. He came to Tech from Montverde Academy (Fla.) as the first top 50 recruit in Pastner’s tenure, but injured a toe in late summer and landed on the shelf for most of preseason practice. He’s moving well now.

“I think Michael Devoe continues to get better. You can see him getting better, more comfortable,” Pastner said. “Part of it, he missed those six weeks early in the season because of the injury, and when you’re a freshman and you miss six weeks and you don’t do anything, even conditioning, you’re going to be off track.”

The Jackets had 20 assists on 29 made field goals against Wake Forest, far surpassing Pastner’s goal of a 60 percent assist rate. In the last three games, they’ve assisted on 76.3 percent of their field goals. That ball is moving.

“That’s a tremendous statistic,” Pastner said. “We don’t want to give the ball a headache, or massage it or kill the grass by standing, so that’s a really, really good stat for us. 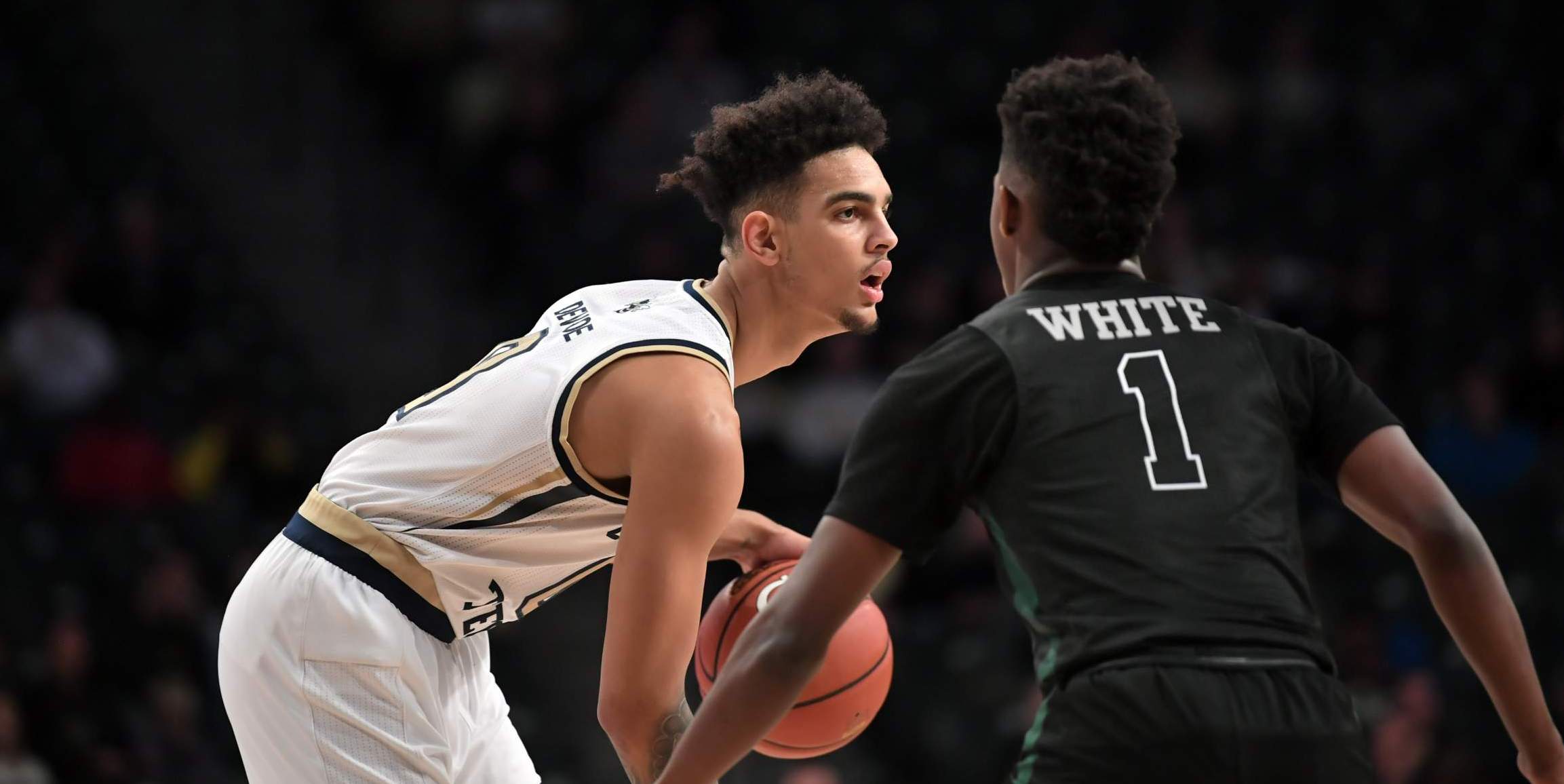 And the Jackets are taking good shots. They made 6-of-20 3-pointers against Wake, but that was a third-level story.

They were efficient offensively against the Deacons, incredibly so inside the 3-point arc.

Wake Forest took 14 more shots inside the line than Tech, yet the Jackets made five more.

Banks was a huge part of the overland attack, as five of his nine field goals came on dunks/alley-oops.

When the center plays with verve, it helps.

“I told him, ‘You play cool, you’re no good … you can’t play cool,’” Pastner said. “When he has that mentality, that motor, he’s a really good basketball player.”

When the Deacons chopped a 13-point deficit down to five points on Jaylen Hoard’s three-point play with 4:57 left in the game, Devoe hit a 3-pointer off a pass from guard Jose Alvarado.

“That’s what we expect from him,” Banks said. “We hold him to a high standard.”

It helps, too, to shoot the ball well when everybody is standing still.

Tech may need all offensive and defensive hands on deck against Virginia Tech (13-1, 2-0).

Tech may feel good about the fact that they’re ranked No. 17 nationally in field goal defense (38.4 percent) and No. 17 in 3-point defense (28.4 percent), but they might feel better about their improving offense.

“I think since Christmas break, we’ve been better about shot selection,” Pastner said. “For Santa, or if you’re Jewish, Hanukkah Harry, someone brought us some good presents with that, and we appreciate it.”