The curtain will be pulled on the Georgia Tech men’s basketball team in a little more than a week, and the Yellow Jackets want fans to know they’re going to be different with more flashy lights than you might remember.

They say they’re going to be faster, and that’s because they’re finally meeting head coach Josh Pastner’s goal of being older. This is truly an older team, and they’ll say straight up that they’ve gotten this way by acquiring student-athletes not only through traditional recruiting but also transfers.

“This Tech team is going to be a lot different than last year,” Banks said upon exiting the ACC’s Operation Basketball media day. “The biggest difference is we’re an older team, so the coaching staff is coaching us like we’re older. We have more freedom, and basically, this year we want to take the approach to play fast.”

When the coach, Banks and sophomore guard Michael Devoe showed up Tuesday at the ACC’s Operation Basketball, they pushed tempo. That will be the plan this season.

On offense, there will be some plays, but not so many.

Devoe, who was recruited out of Orlando, and junior guard Josh Alvarado will handle the ball the most, along with Parham, a sharp-shooting guard who put up big numbers in two years at Virginia Military Institute after graduating from Brookwood High School in Snellville.

Devoe been sidelined in the preseason by a sprained toe – not the same toe as last preseason – and hopes to return to practice next week. Devoe can hardly wait to play in an offense that will be even more predicated than before on reacting to the opposing defense rather than running set plays. Coaches are opening up the offense.

“The coaches have full trust in us as far as making decisions,” said Devoe, who averaged 9.7 points and 2.5 assists last season while connecting on 39.3 percent of his 3-point shots. “Coach emphasizes pushing the ball.” 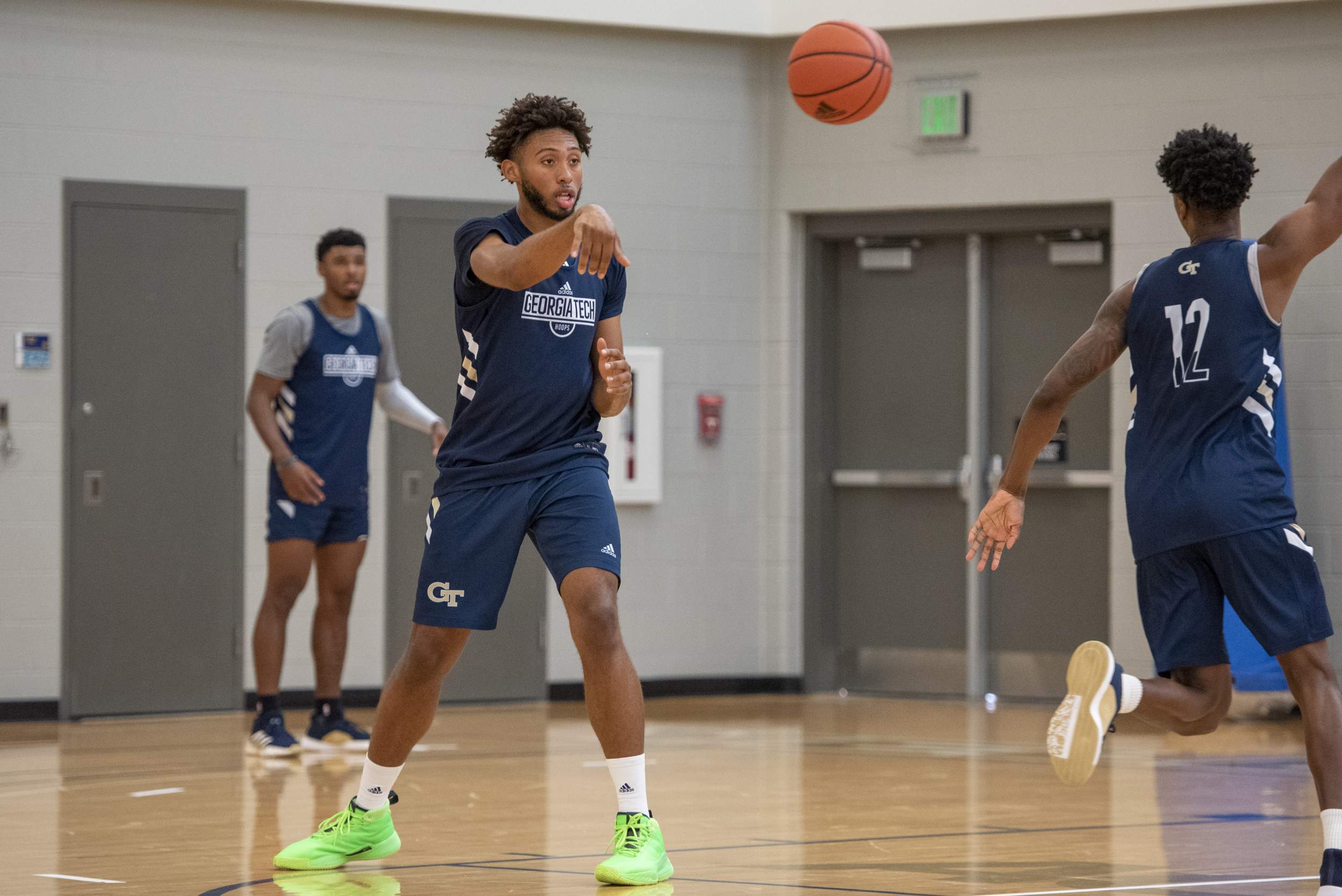 The new players other than walk-ons are Usher, who will be eligible after the first semester ends after playing briefly at USC following his career at Cobb County’s Wheeler High, Parham and Didenko, a young man from Russia who has come to Tech from a junior college in Florida.

Phillips, who played at Tennessee following his stints at Tucker and Wheeler high schools, and Banks, who grew up in Decatur and attended La Lumiere School in Indiana before spending two seasons at Texas and transferring to Tech before last season, are also local men.

“I have felt for us, when I got the job that in order for us to have success we needed to get old and eventually stay old,” Pastner said at Operation Basketball. “We’ve been able to do that through recruiting, and also get transfers from other four-year institutions, and so a guy like James Banks or Jordan Usher will really help us.

“So, I really believe that for us to have the success that we need to have we need to get older and this year’s team, we’re older. We have great experience and that’s both from guys growing within the program and then getting transfers who’ve already been in college. It’s part of our formula for what we’re trying to do to have success.” 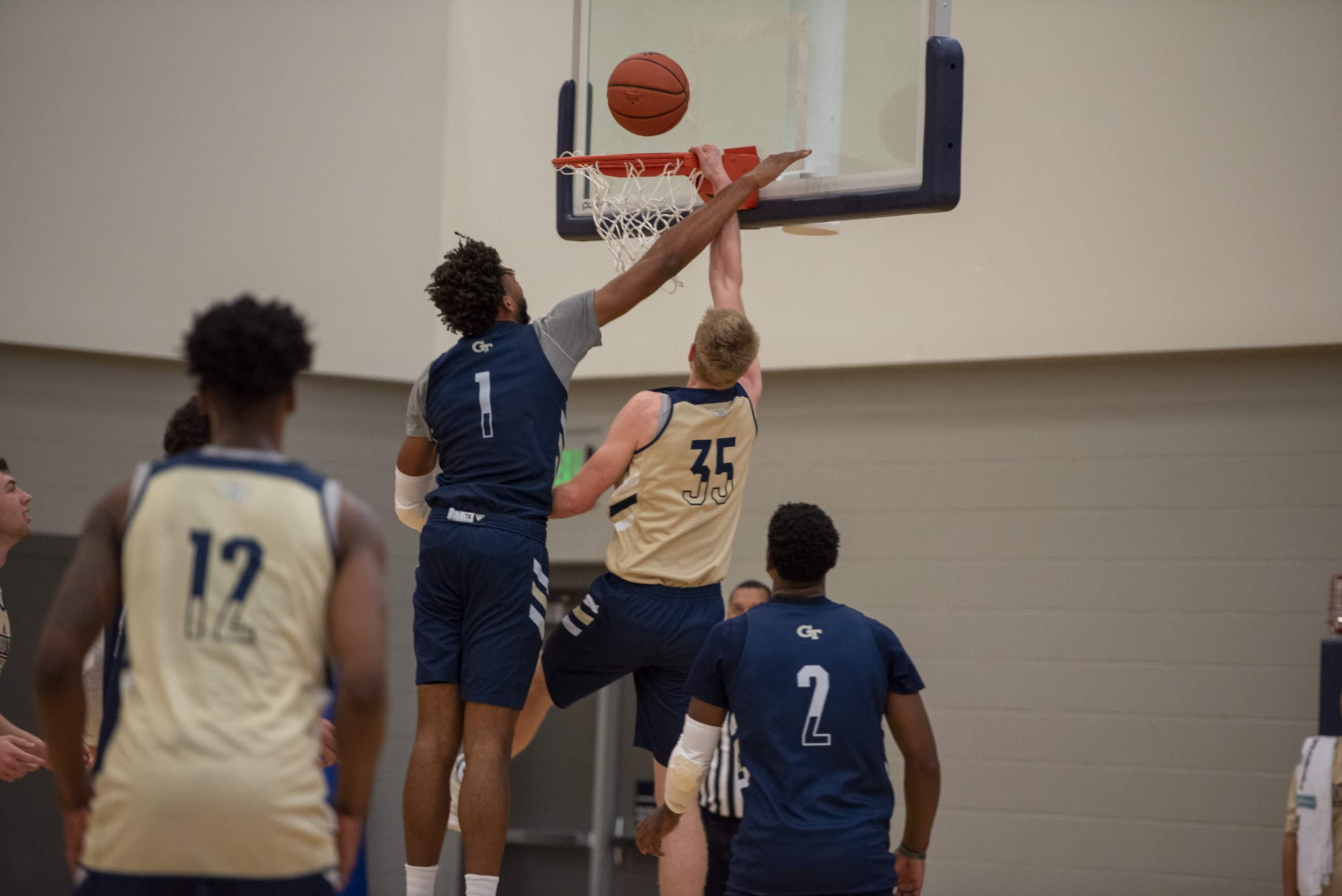 Devoe is arguably the highest-profile high school recruit in Pastner’s four years at the Institute, and he’s fired up about the Jackets’ new players, including freshman guard Asanti Price. Parham was tabbed the Southern Conference Freshman of the Year and then last season led the league with 21.4 points per game. He’s more interesting because he’s 5-10, 160 pounds.

Devoe has with the guidance of strength and conditioning coach Dan Taylor added about 10 pounds of heft to his body since the end of his freshman season, “To be able to finish through contact, and make plays and come off ball screens (at 195 pounds).

“I feel the best I’ve ever felt. Jordan’s a high tempo guy, a great cutter, very full of energy,” he said. “Bubba spreads the floor out really well, makes good reads on ball screens. They’re both great players, huge additions to our team. I can’t wait for the season.”

Banks is also ready to go.

“Everybody on this team has confidence in this team because they’ve seen the work we’ve put in,” he said. “This year, our mentality going into every game is we should win. We may have had more of an underdog mentality in the past . . . we should go in it looking to win.”