Basketball season is almost four months away, which is not all that close, and yet the Georgia Tech men’s team is getting ready to go far away in order to draw closer and change things up.

The Yellow Jackets will play four games against Spanish professional teams during an Aug. 8-16 trip, taking advantage of the NCAA’s allowance for one international trip every four years. Tech will split time between Barcelona and Madrid, and head coach Josh Pastner is excited about the 10 extra practices that the Jackets will gain in the experience.

They began this week, with full practices Tuesday, Wednesday, Friday and Saturday.

A lot of players are coming back from last season, but Pastner wants things to change. So, they’ve been focusing on offensive skill improvement in individual and small-group workouts.

“I want us to be selfish in that I want us to really focus only on offensive skill development,” the coach said. “We have to be able to score the ball better, and I think we run good offense, but individual players just need to be able to put the ball in the basket.

The Jackets will return most of the players – eight of the top 11, in fact – who factored last season. Abdoulaye Gueye and Brandon Alston, who were part-time starters, and reserve Sylvester Ogbonda graduated and moved on.

Jose Alvarado, Michael Devoe, James Banks III, Moses Wright and others will be back.

Jordan Usher, a 6-foot-7 guard-forward transfer from USC, will be eligible after fall final exams. Bubba Parham, a sharp-shooting guard from Virginia Military Institute, must sit out the 2019-20 season unless granted a waiver by the NCAA. The 5-11 former Brookwood High School star put up crazy numbers shooting the 3-pointer in two seasons in the Southern Conference.

And Pastner looks forward to blending everybody together.

The Jackets last traveled abroad in 2015, when former head coach Brian Gregory took the team to the Bahamas. They last traveled to Europe – France, specifically – in 1991.

There’s something different about these summer trips.

“You’ve got 10 practices, so you can tinker, adjust, try things out and also be able to put some of your system in so guys have an opportunity to get better at it,” the head coach said. “Also, I would say the bonding aspect of it, being able to really bond as a team, and camaraderie, and build chemistry … that’s important.”

Pastner and associate athletic director Marvin Lewis, a former player, chose Spain for Tech’s summer trip in part because of the opportunity to play professional teams to be determined by the Spanish Basketball Federation.

There will be some sight-seeing, and much of the Jackets’ itinerary is being planned by Complete Sports Management, a Denver-based sports agency that was founded by former Tech tennis player Lea Miller-Tooley.

“Spain is ideal because of the competition and the cultural aspects,” said Tech director of operations Tyler Benson, who is largely in charge of logistics. “We’re going to tour either FC Barcelona or Real Madrid and a beach called Barceloneta. We have one day left wide open. We’re trying to find that balance of culture and time where it’s not scheduled every minute.” 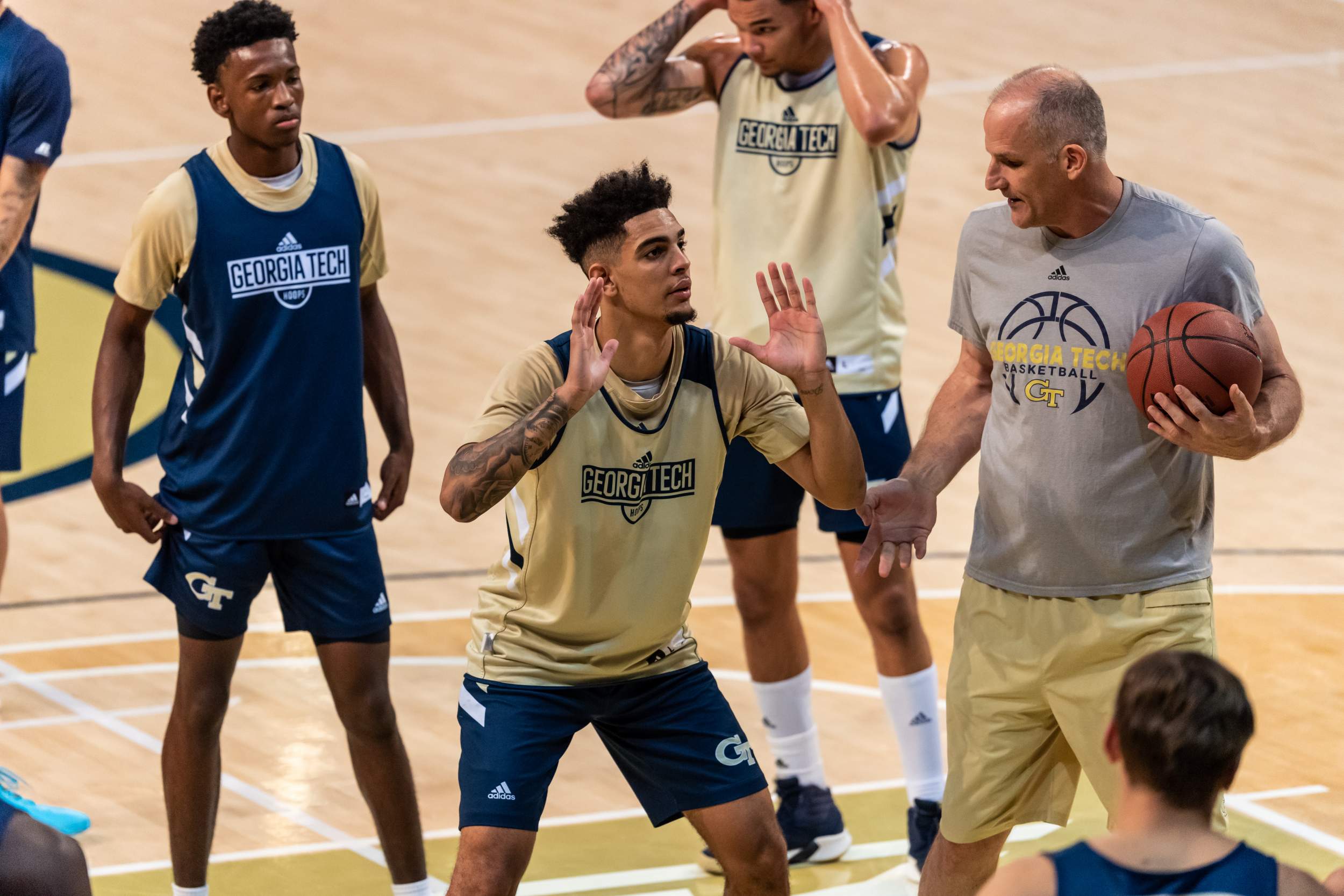 The Jackets are practicing four times this week, four times two weeks from now, and then on Monday and Tuesday Aug. 5 and 6 before leaving on the 8th.

Tech is also still trying to grow its roster, and Pastner will keep working his phone while abroad.

“I think being able to play good competition, which we’re going to be able to get four good games for our guys, especially guys who need the game experience, is good for us,” Pastner said. “I just want us to play faster, play with more pace so we can get more possessions. We’ve got to be able to score the ball more.

“We’re a very, very good defensive team. We’ve got to put the ball in the basket. I really like our team. I think we’re good. We’re older, we’re more experienced, we’re just better. The whole thing with us is just coming down to staying healthy.