Versatility is not often a word associated with track and field — decathlon and heptathlon notwithstanding.

“You’re talking about a guy who can run a relay leg on an All-ACC 4×400 relay team all the way up to a guy who just misses earning All-Region honors in the 10K in cross country,” said Drosky. “The coaches and I literally have talked about it, tried to think of anyone — not just in our program but in ANY program — that has had that kind of range.”

That range was put to the test as Bartlett, who primarily did the 800m, his best event, and 1500m on the track, ran races at 14 different distances in his four years on the Flats, in addition to taking part in the 4×400 and 4×800 relays.

He not only ran, but ran with distinction.

Bartlett was a four-time All-American (2017-19 in the outdoor 800m, ‘18 in the indoor 800m), a six-time qualifier for Nationals (the indoor and outdoor 800m in ‘17 and ‘18, the outdoor 800m in ‘19 and the distance medley relay in ‘16), was All-ACC all four years in the indoor 800m (he also was all-conference in ‘16 in the DMR) and his final three years in the outdoor 800m. He capped off his junior outdoor season by winning the 800m, coincidentally handing Penn State sensation — and good friend — Isaiah Harris his only non-win in an 800m final that entire year. (“Isaiah got second in that race. I was the only guy to beat him that season,” Bartlett said. “So that was pretty fun for me.”)

He calls the ‘16 DMR — actually the post-race celebration — one of his favorite memories of his four years.

“I was put on the very first leg. I ran about as good as my ability and we (Bartlett, AZ Reese, Andres Littig, and Jeremy Greenwald) broke the record but why that was so memorable to me is because of right after we broke that record,” he said. “We went back to the hotel room and wrote a rap song about how we broke that record. We all had different verses.

“I’m not sure I could share the rap song,” he added, with a laugh, “but it was a really fun moment of not only running fast but also having a lot of fun along with it.” 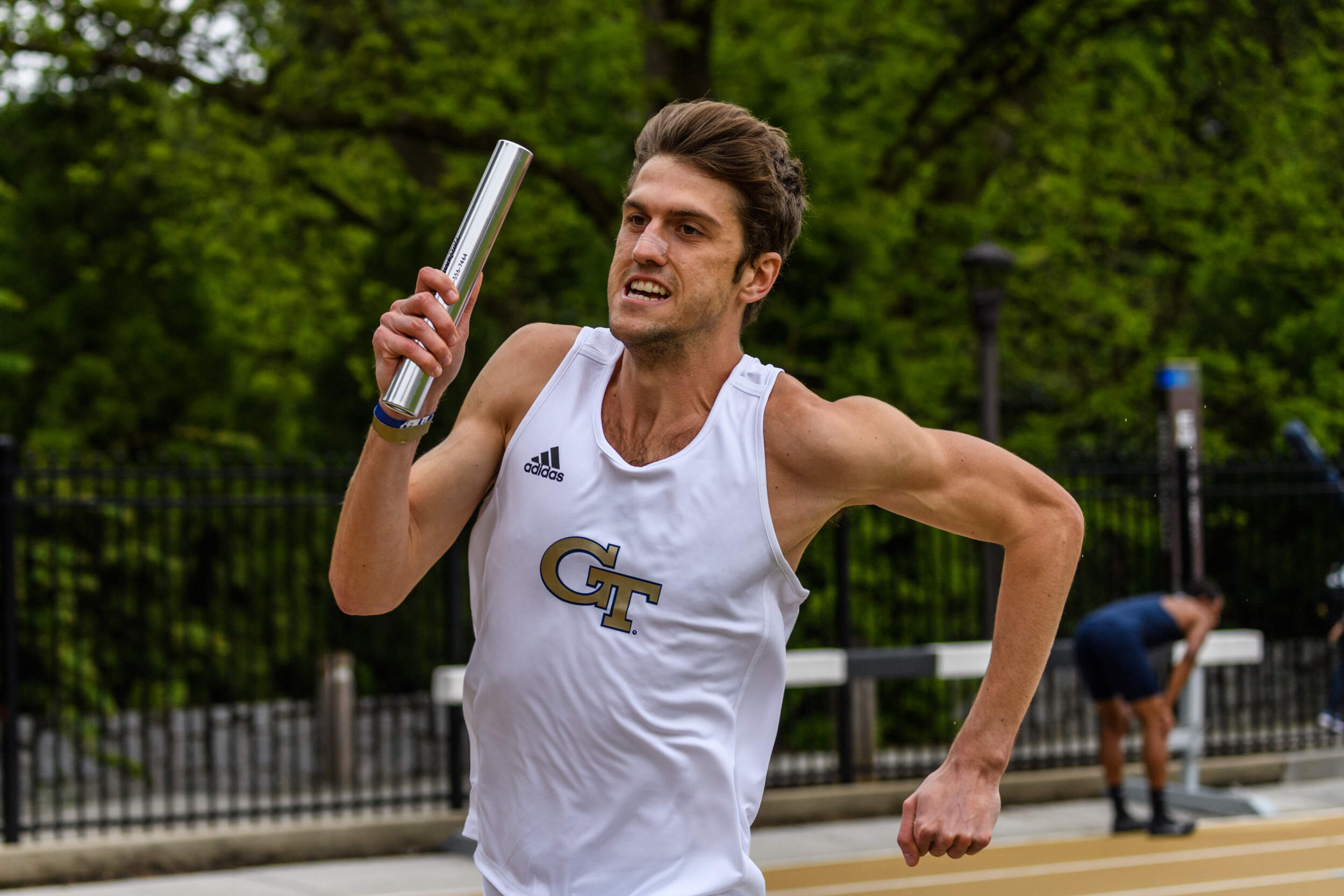 Going DMX on the DMR wouldn’t be the only time Bartlett used words to get his message across. He did so to the end, the night before the cross country South Regional, his final competition as a Yellow Jacket. That talk was inspirational and used words that were fit for print.

“Off the bat, the word, ‘leader,’ resonates with me a lot differently in cross country than track. I feel like my role really switches. I feel less of a leader in cross country,” he said. “But going into that race the night before, we were talking to everybody and I said, ‘This is a 10,000-meter race. Some of the past years we’ve gone out really fast, maybe tested our fitness a little bit, tried to be runners that we weren’t and it ended up blowing up. Tomorrow just run to your ability. Don’t try and run any faster than you can. Just run as fast as you can. Don’t be afraid to go out a little slower because there’s Lipscomb and Chattanooga in their hotel rooms telling themselves, ‘Tomorrow we’re going to run better than we ever have before!’ That’s not what we’re trying to do. Let those guys go ahead and rely on them coming back.’”

“More or less that’s exactly what happened,” he continued. “We had a big pack of guys go out. We were 60th or 70th place at the mile, which is WAY back. By the end of the race, we were finishing 25-to-40. It really came together. I wouldn’t say that race was an insane effort for me but it was great execution because I had never finished a 10K before because I just ran it stupid. So I was really happy to finally get a mark. I was super happy with it overall.”

“That 10K is a long, tough race for a middle-distance guy like Avery so it was nice to see him overcome that,” he said. “It was ‘do-it-for-the-team.’ That’s why Avery was doing that. He wasn’t trying to qualify for the Nationals as an individual. It wasn’t about individual accolades in that effort. That was all team and that was Avery one last time giving back to the team in a huge way.

“There are so many races to be proud of and so many things that he has achieved,” he added. “But the way that he finished his last race for the team — in Tallahassee, on the course that he ran the state meet in high school and to successfully navigate that 10K cross country, which has been his Achillies heel. Not only did he finish it but he finished 30th in the region — top 25 being all-region (Bartlett’s 31:18.3 was less than 12 seconds away from 25th). He did it in a fantastic way. You’d be hard-pressed to find a more fitting way to end his career.”

Fittingly, Bartlett, known for his finishing kick, saved his best for last in his final cross country season. He led the Jackets in the Bulldog Invitational (winning the meet) and the Battle in Beantown (ninth overall), and never finished out of Tech’s top five — he came in fifth in the Penn State National Open (45th overall), and second at ACCs (41st) and NCAA South Regionals (30th). 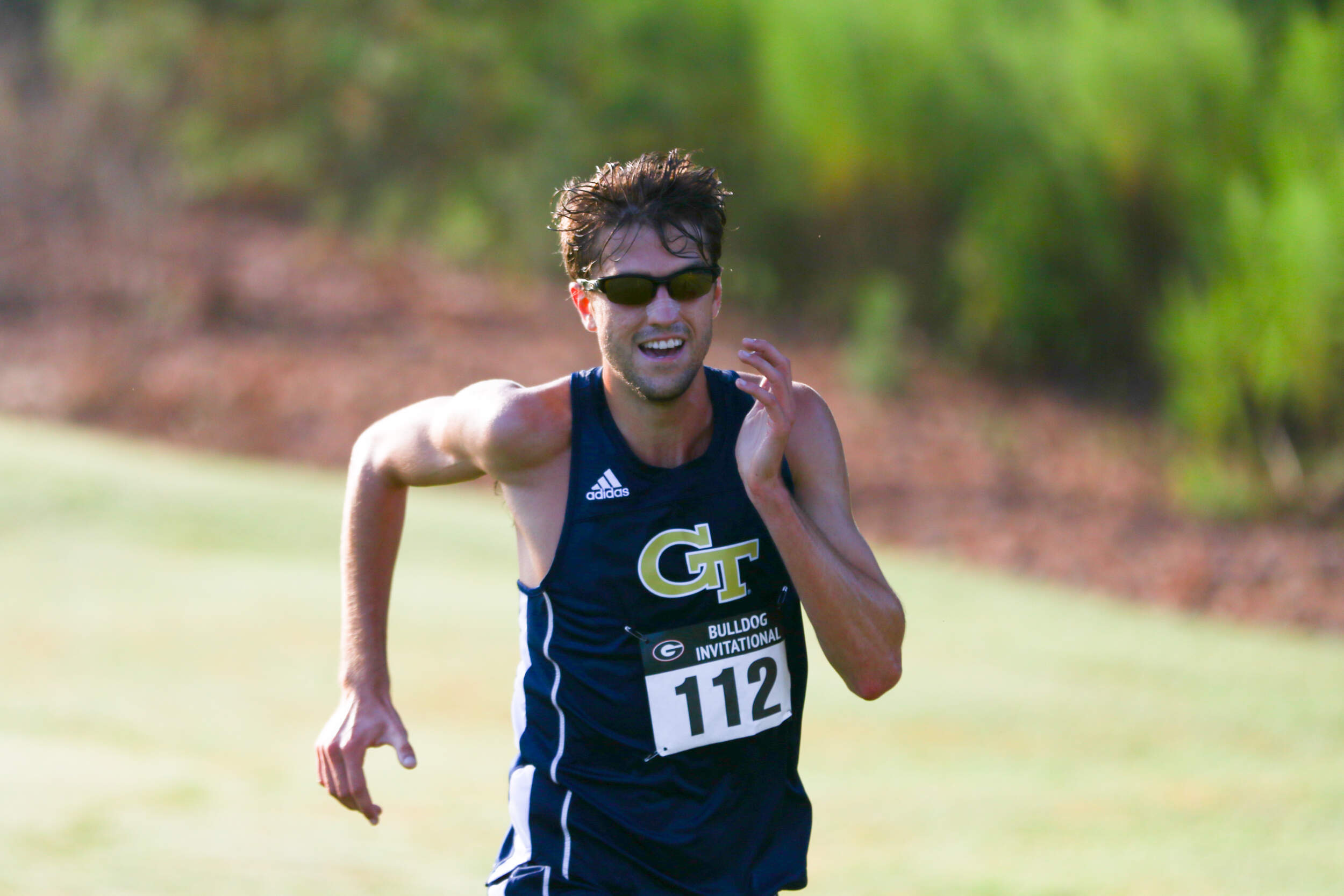 On Dec. 14, Avery joined another prestigious top-five: The top five in his family to make “The Walk” at Georgia Tech commencement. He became the fourth generation to do so. It was a great finish for a journey that almost never got started.

“I knew his family’s tradition of attending Georgia Tech but that added a little pressure,” said Drosky, recalling Bartlett’s recruitment. “The whole time I kept thinking, ‘At some point in the Bartlett family tree there is going to be SOMEBODY that says, ‘You know what? I don’t think I want to go to Georgia Tech.’ I just didn’t want that to be Avery.”

“At the time it was by far the hardest decision I ever made,” Bartlett said. “I was recruited by a good number of schools and at the end it was between the University of Florida and Georgia Tech. The University of Florida had just won two National Championships in track. When I asked myself, ‘Ten years after I graduate from college, where would I be the most grateful to have gone just truly by the quality of the degree and the quality of the experience?’ Georgia Tech won every time. I was pretty confident that Georgia Tech would be the right decision. I still am.”

Having received his degree in computational media, Bartlett will continue his career path in software development at Home Depot, where he has interned the past three summers. The company’s flexibility with his hours also will allow him to continue training.

“My boss has been really cool about it,” he said.

That training will be done with the Atlanta Track Club.

“They have a bunch of really good guys. Brandon Lasater (Class of ‘15), who was a Georgia Tech stud before I came here, is on that team,” he said. “There’s a great group to train with and I’m pretty excited to go in not being the best guy because I think that will push me a lot.”

The plan is to make a push for the 2020 Olympic Trials.

“I’ve made the USA Championships the past three years and the Olympic Trials is the exact same thing. So as long as I run as fast as I have in past years, I should be lining up,” he said. “My main goal is to make the Olympic Trials Finals, the top eight in the U.S. The top three go to the Olympics but the U.S. 800m is extremely deep, some of the best runners in the world. So that would be more of a miracle day. I’m more focused on just making that final.”

Drosky saw that focus for four years and what Avery made possible using it. He believes Tech’s up-and-coming runners also will benefit from having seen it.

“For the team, having that teammate who is pushing the envelope, from his individual pursuits in the 800, the 1500, to his range that he had, that he could compete across an extraordinarily wide range of events at a really high level, that he’s a competitor. Avery goes into races and he wants to win, bad,” Drosky said. “That mentality of wanting to step on the line thinking that you’re going to have a shot to win no matter what the event is, I think that will be, for the team, the legacy that he leaves.

“I’m speaking for all of the coaches. We’re incredibly proud of Avery,” he added. “Graduating from Georgia Tech, everything that he accomplished through his career athletically for the program and just the kind of young man, the kind of teammate that he has been, he brought a lot to the program. We’re going to miss him.”