It’s never too early to make a statement for a season — not even in the year’s first event.

Georgia Tech men’s and women’s cross country used last year’s opening meet, the Bulldog Invitational, to do just that. Both won, announcing their presence on the cross country circuit as a force to be reckoned with.

On Saturday, both teams will attempt to use the same venue to make another, slightly different statement. This time they’ll be there to announce that they’re still here, that they’re not going anywhere and that the road to the top runs through Atlanta.

The U.S. Track & Field and Cross Country Coaches Association (USTFCCCA) supplied them ammo, ranking the women third and the men fifth in their preseason polls. That’s up from four and 11 last season. It’s the women’s highest ranking ever.

They plan to use Saturday to show how powerful they are and back up what the USTFCCCA put up as well as fire a warning shot across the bow of the ACC, where the women were ranked sixth, although it did mark their third straight season moving up, while the men ranked 10th.

Both have plenty of firepower to state their case. The men’s team comes in with a three-headed monster up front.

“We were going to need a few kids to step up, obviously, anyway because even if you add Andrew to that, you still have four,” said Drosky. “You still need somebody to step up to be fifth. So now we’re going to need at least two guys to step up. We have guys that are very capable.”

Drosky is counting on seniors Matt McBrien, Mike Reilly, and Sam Costa to step up, as well as redshirt freshman Harrison Morris, who competed this summer at U.S. Junior Nationals, and a potential dark horse in senior Andrew Matson.

But Drosky asserts there are several candidates who could kick the door open.

“What we’re looking at is a bunch of guys that have kind of been between 6th-through-10th for probably the past two years and are going to look to make sure they can shore our top five this year,” he said. “There is certainly a lot of potential there.

“Last year the guys were fifth in the region. They’re preseason ranked fifth in the region,” he added. “That’s kind of like our baseline goal every year, to be top-five in the region. Those goals don’t change. Every guy’s planning on stepping up anyway but, obviously, when you take Andrew out of the equation, there is a little more urgency that somebody kind of steps up.”

Then there’s the crop of freshmen, six in all, who, like Cragin, will run unattached on Saturday and hope to emulate Cragin’s finish to the season.

“We have an outstanding group of freshmen,” said Drosky. “The freshmen look good but you never know where they’re really going to fall until you have an actual race. We’ll obviously know a lot more after Saturday where the freshmen are, if there are potential freshmen that will put on the uniform going forward, racing for the team and can contribute. James did a phenomenal job last year. The group of freshmen this year are every bit as capable as James. We’ll see how the upperclassmen look, how these freshmen look and decide who’s going to line up in the uniform going forward.”

Even sans Kent, Tech’s men should have an edge over UGA but Drosky doesn’t put much stock in winning pre-race honors. 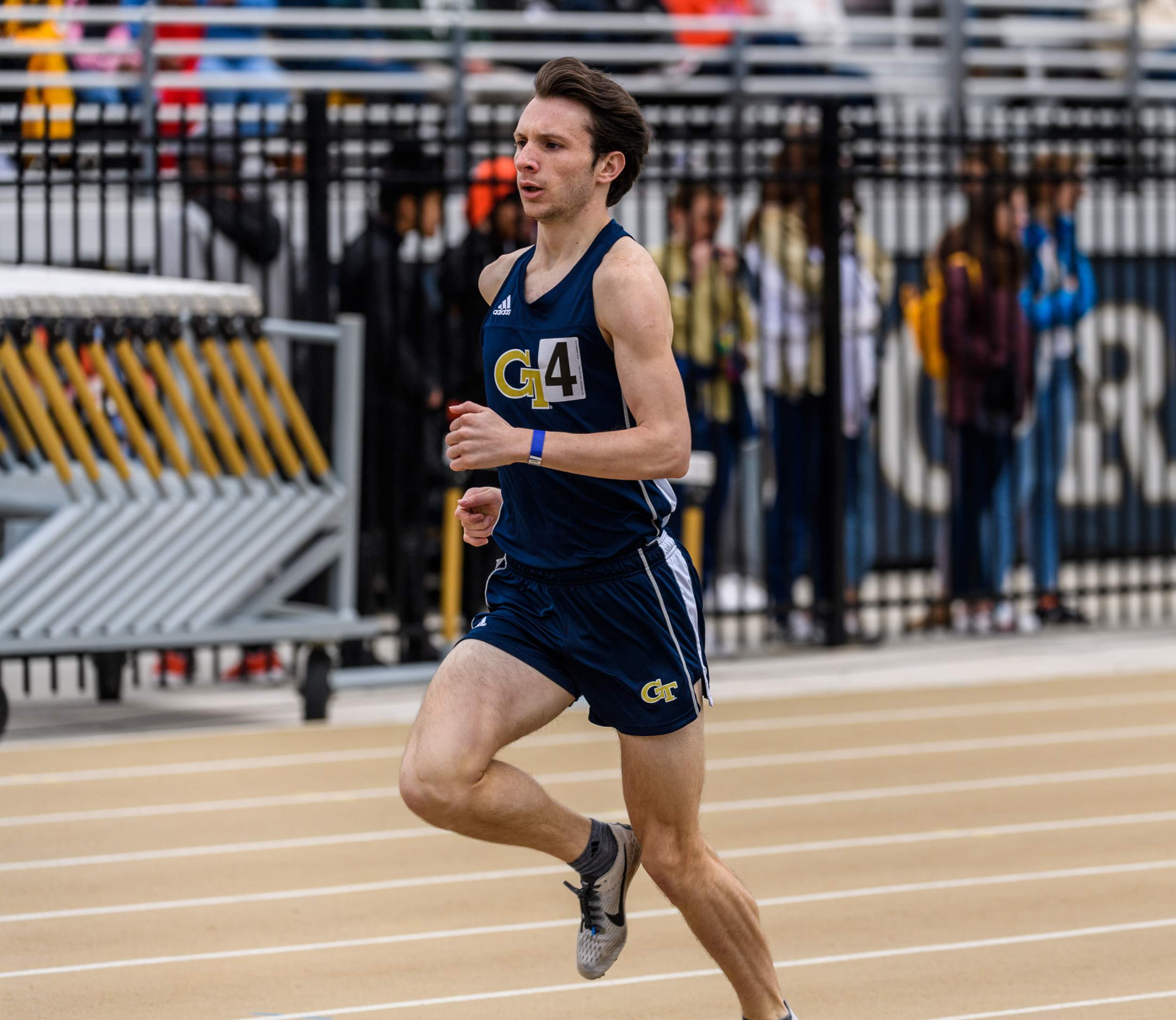 They’ll run against a much-improved Georgia team, which includes junior Nicholas Yanek, who ran in the Pan Am Games U20 Championships over the summer, as well as a gang of four talented redshirt freshmen, excited to run as they’ll finally be unleashed.

“In this meet, going in we’re probably a little bit of a favorite, but last year, (Georgia’s) women were probably a pretty strong favorite going in,” Drosky said. “We keep getting better. The depth of our team keeps getting better, the front of our team keeps getting even better, doing more exciting things. We’re just trying to keep the ball rolling.”

Tech’s women are on a roll. They come in a deep, confident group but one also aware of how they flipped the script on UGA last year. They are determined not to let them return the favor.

“I think Hana Herndon and Nicole Fegans certainly showed last year they were the leaders of our team,” Drosky said. “They both had outstanding track seasons so they’ve continued to get better. They are the two that we look to lead the team and can give us a strong 1-2 punch. But behind those two we have an outstanding group.”

Among those in support are junior Liz Galarza, who Drosky feels could become the third piece to a ferocious big three, and senior Ellen Flood, whose consistency and consistent improvement have made her a vital contributor that the team has come to count on.

As with the men, however, there is a potential issue on Saturday. Herndon is nursing an injury and will be a last-minute decision.

But also as with the men, there is no shortage of candidates to potentially pick up the slack. Those candidates include senior Mary-Claire Solomon, sophomores Elizabeth Rice, Mary Kathryn Knott and Claire Moritz, and graduate student transfer Kim Hollowes, who was last seen running for Duke last season.

“Mary-Claire Solomon, who redshirted last year, had been in our top five two years ago and will be a great addition back to the roster,” said Drosky. “Liz Rice, Mary Kathryn Knott, Claire Moritz, had outstanding track seasons, so we’re really excited to see what they add to the team this fall. Then, Kim Hallowes graduated from Duke last year. She finished right behind Nicole Fegans at the conference meet in cross country last year (37th). Last year she was wearing the Duke uniform, this year she is wearing ours. We feel like we’ve got another outstanding group. We don’t ever want to get too far ahead of ourselves and just kind of keep our heads down, keep working, not focus too much on what can happen but just take care of what we can take care of day to day and week to week.”

As if meeting Georgia isn’t motivation enough, the Jacket women are out to prove that 2018 was no fluke and that they’re for real.

“Last year was kind of a breakout year for the women. They seemingly came out of nowhere,” Drosky said. “To those of us in the program, it wasn’t quite that. From the outside it seemed that because we weren’t highly ranked going into the season. But now we have people’s attention and we go into the season ranked third in the region and just outside of the top 30 on the national level. So there are those expectations now. We’re trying not to really worry too much about those, just do what we always do — focus on getting better this week, getting better next week.”

The wildcard in the meet is Kennesaw State. The Owls are in rebuilding mode but Drosky believes it could be a short rebuild, with the naming of Adam Bray as head man. Bray is a familiar face to the Jackets, as he was a volunteer coach for Tech last year.

“He takes over a program that has a handful of quality kids, he’ll do a great job developing them and he’ll do a great job of growing that program,” said Drosky. “They’re an up-and-coming team that we’ll have to contend with, both us and Georgia. They don’t have the personnel yet but I think they will be moving in that direction.

“We’re good friends with Adam, so we’re wishing him the best, although he’s a competitor now so we’ll wish him really good up to the point of not beating us,” Drosky added, with a laugh. “Kennesaw State is a great addition to the meet, but to line up against Georgia to start the season is what it’s about. I expect it will be two tight races. We’re optimistic but we’ve got to go and run well. Yes, we have some good momentum. Now we have to capitalize on it.” 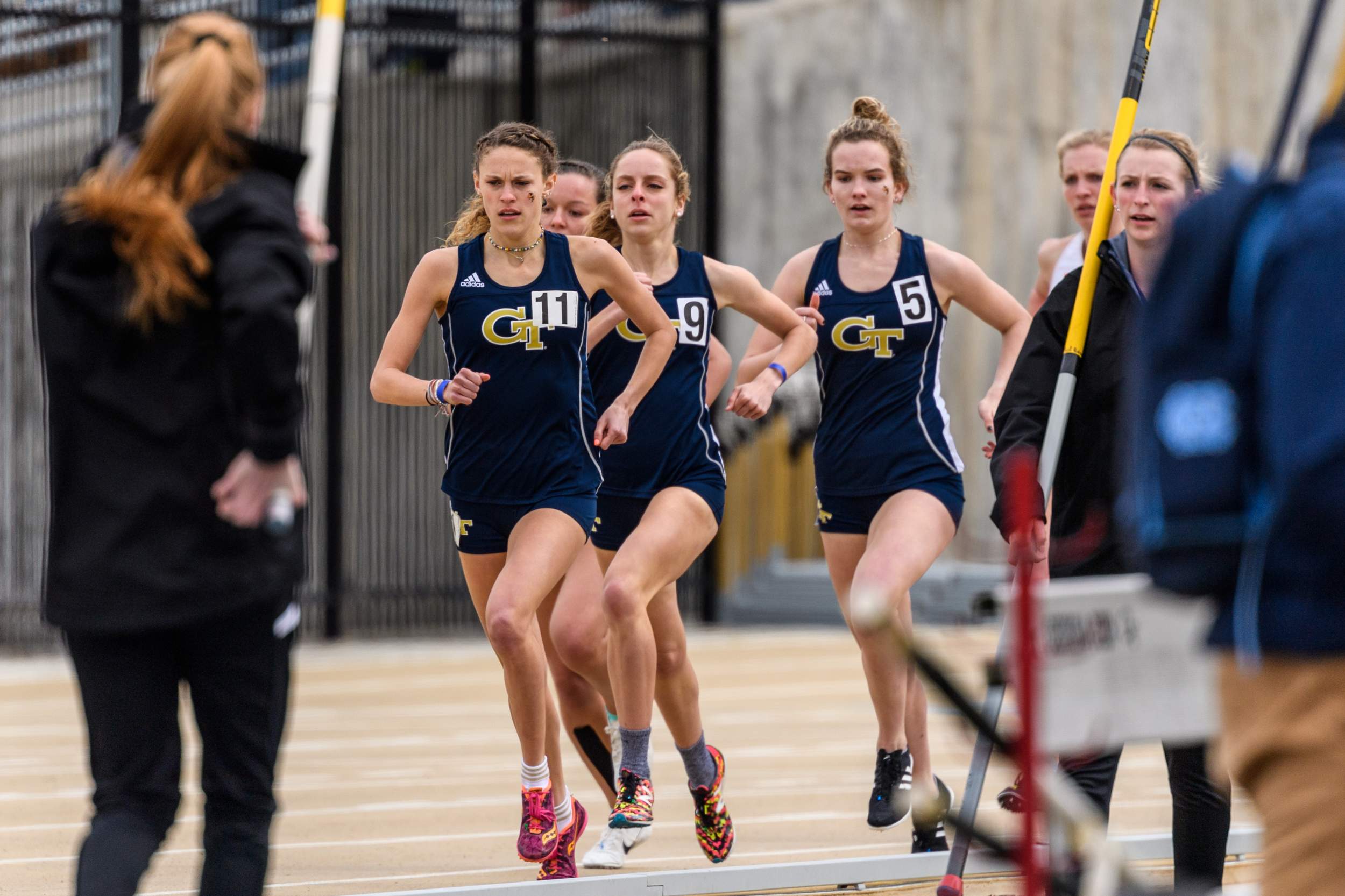