Being a first-responder isn’t for everybody.

“I knew that’s what I wanted to do for a long time,” said Priebe, who lives in Moorpark, California, and is in her fifth year living up to the Los Angeles Fire Department motto “Serving with Courage, Integrity and Pride,” as a Firefighter 3 at Hollywood’s Fire Station 27, an urban Search and Rescue (U.S.A.R.) station. “My mom was a firefighter, my dad was a police officer. So it was something I decided, even while I was in college, that’s what I wanted to do. Everything I did was working towards that.”

Georgia Tech softball fans best remember Priebe for her powerful bat and smooth glove at first base. After transferring to Tech in 2010 after two years at the University of Florida, where she was two-time All-SEC Honor Roll, she’d excel both on the field, earning All-Southeast Region and All-ACC First-Team honors in 2010, All-ACC Second Team in 2011, and off, where she was Academic All-ACC and ACC Honor Roll in ‘11, and a Senior CLASS Award finalist in 2010.

As clean-up hitter extraordinaire, she blasted 27 home runs in her two seasons, five of them grand slams, while, defensively, she left Georgia Tech as the all-time career fielding leader, with an immaculate .992 fielding percentage. She was a key piece to the Yellow Jackets’ 2010 juggernaut that won ACC regular-season and tournament titles (Priebe was named to the All-ACC Tournament) and hosted a Super Regional, then the ‘11 squad that won the ACC regular season, then again, hosted a Regional. 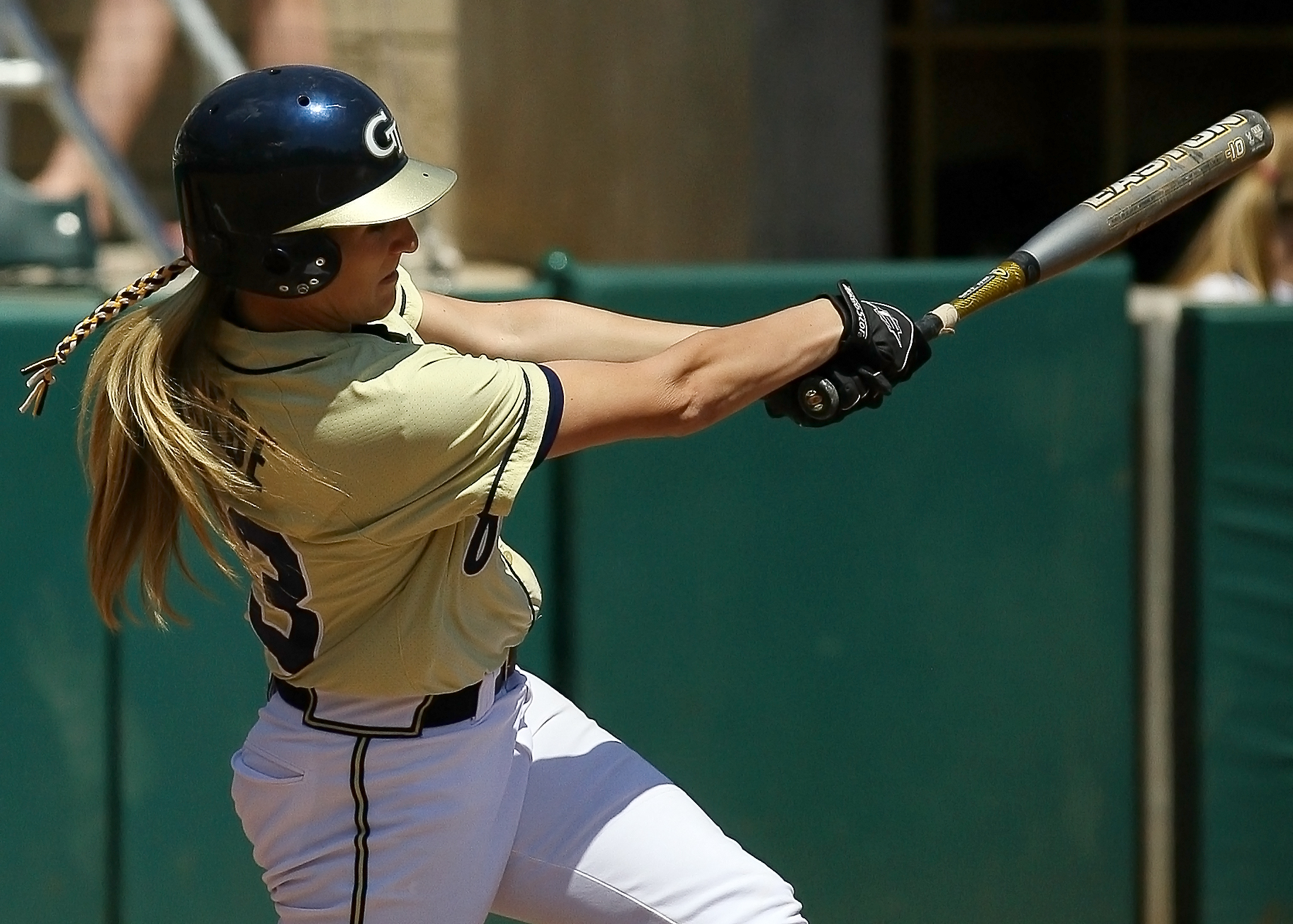 All the while, she knew some day she’d be a firefighter. So following graduation and at her first job, at the non-profit Eye To Eye National in New York, a job she started as a volunteer at Tech, she prepared for a career as a first-responder.

She took care of the prerequisites, getting Emergency Medical Technician (EMT) certification, and passing the Candidate Physical Ability Test (CPAT), and the fire department written exam. Then she waited. A hiring freeze due to the 2008 recession caused a huge backlog in applications, so getting hired would involve some luck.

“L.A. City uses a stratified random sampling system, where they basically just pick applications out of a pool — you basically have to get ‘a winning ticket’ is how I describe it — and then based on those you’ll go in for an interview then start the whole hiring process,” she said. “It just so happened that my name got picked pretty early on for L.A. City. I still remember getting that email saying I was going to have an interview. I jumped up and down and ran around the living room because I was so excited.” 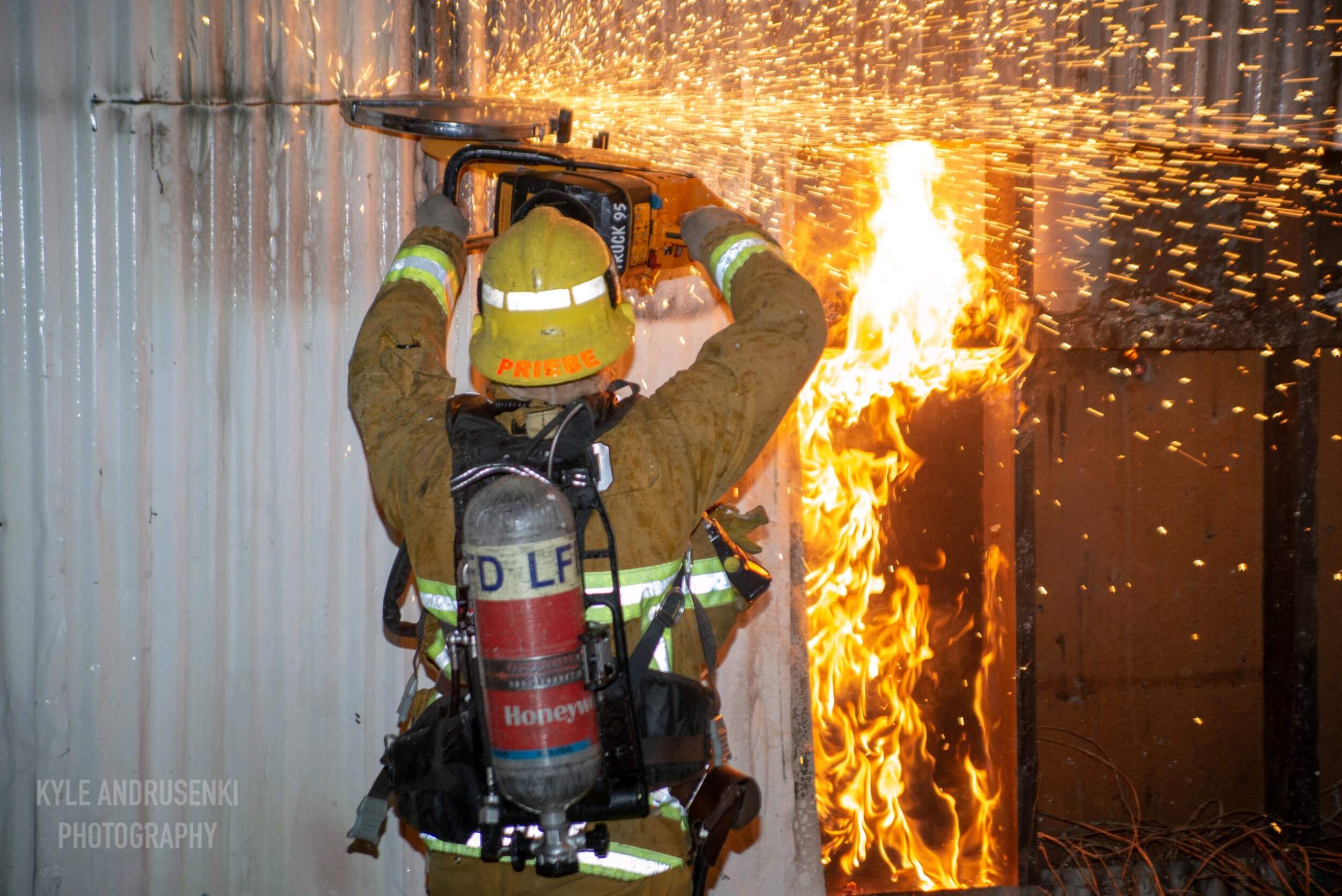 Getting through the interview led Priebe to five months of Academy training, followed by a year of probation in the field, after which you “get your shield.”

The Academy was grueling — five days a week from 6 a.m. to 4 p.m. — but provided unforgettable moments. One such moment came during a drill called “Jump For Your Job.” It’s a four-story leap into a huge air-rescue cushion. Sounds easy enough, right?

“I thought it was going to be a blast because I really don’t have any fear of heights. Then I got up there,” she recalled, with a laugh. “You’re standing at the window and everything in your body is telling you that you’re not supposed to be jumping out of a window. My body was just not wanting to do it. The whole class, all the instructors, all of my peers, they’re all standing there cheering you on and my body just did not want to do it. I remember I was holding on to the handle in the window and I finally let go and jumped off and went into the mat. I was like, ‘Whew. Thank goodness that’s over!’”

“I rolled over and the drillmaster goes, ‘Hey, Priebe, you need to go do that again.’ So I run back up the stairs and I go back to the window,” she continued. “The drillmaster yells up, ‘We were just kidding!’ I was like, ‘Well, I’m already up here. I have to do it again. This is going to be easy. I already did it.’ No. I went through the same thing. But I did it again. I’ve repelled off of seven stories upside down, I’ve done climbing up the ladder at 100 feet in the air, all of that stuff doesn’t bother me. But, for some reason, jumping out of a window is not what my body wants to do.” 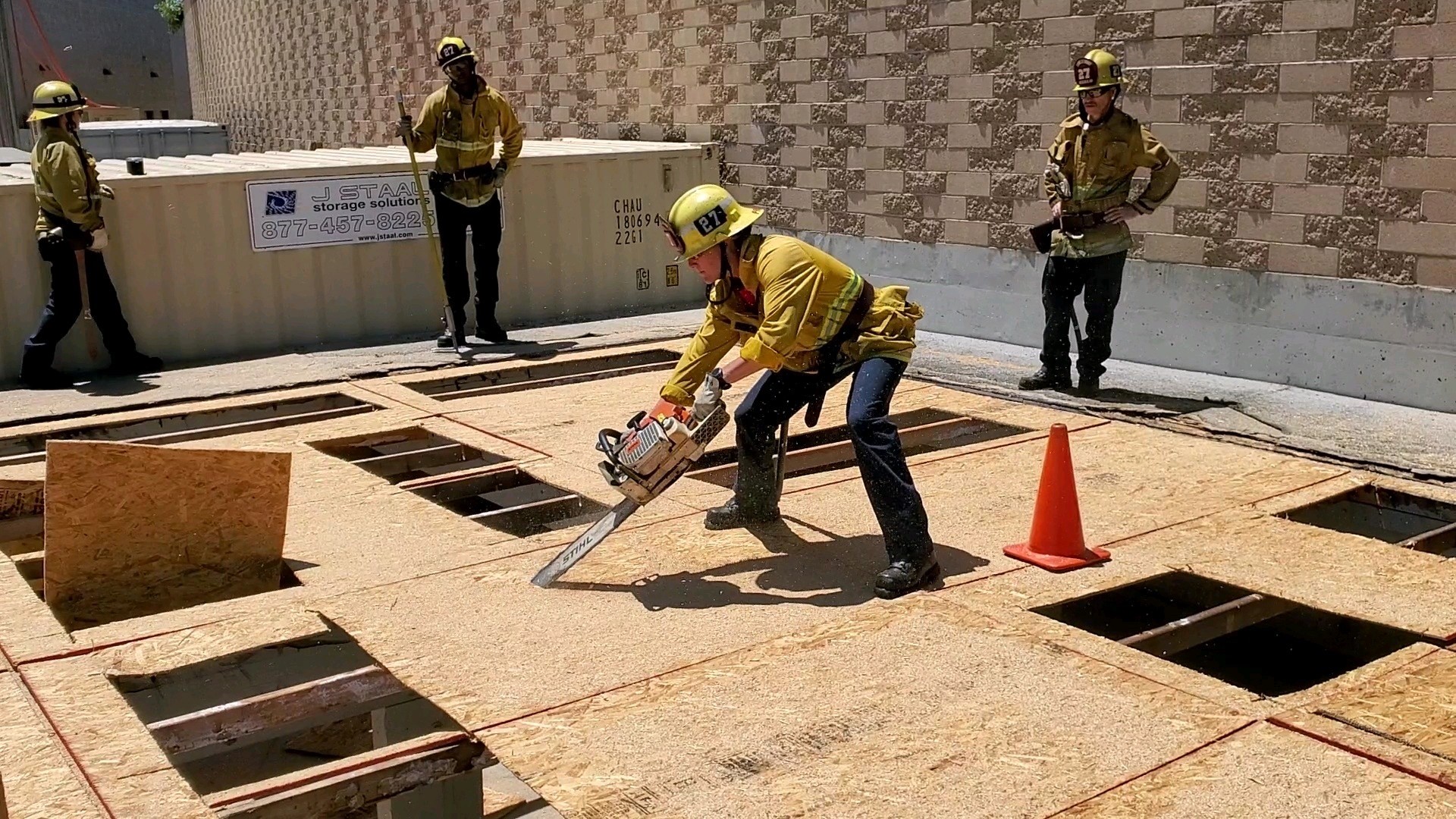 Priebe got her shield in 2015. She calls it the perfect blend of her parents’ careers.

“Mom’s job, dad’s city,” she said, referring to her mom, Cindy, who was a firefighter in San Diego, and her dad, Joe, who was L.A.P.D.

“My dad worked L.A.P.D. for 33 years and retired from there,” she added. “He was sergeant of the Narcotics Canine Division. So he was in charge of all the drug dogs for the city of Los Angeles. I grew up with service animals at my house, which was really neat.”

Unfortunately, Cindy was injured shortly into her career and was put on light duty. But that would have a silver lining, as it was there that she and Joe met.

Kristine is not the only first-responder in her family, as her younger sister, Kaitlin, is a nurse in Camarillo, Calif., and her father’s three brothers were all in different branches of the military. Only her older brother, Greg, is not a first-responder, but a brewer, and is actually quite renowned. 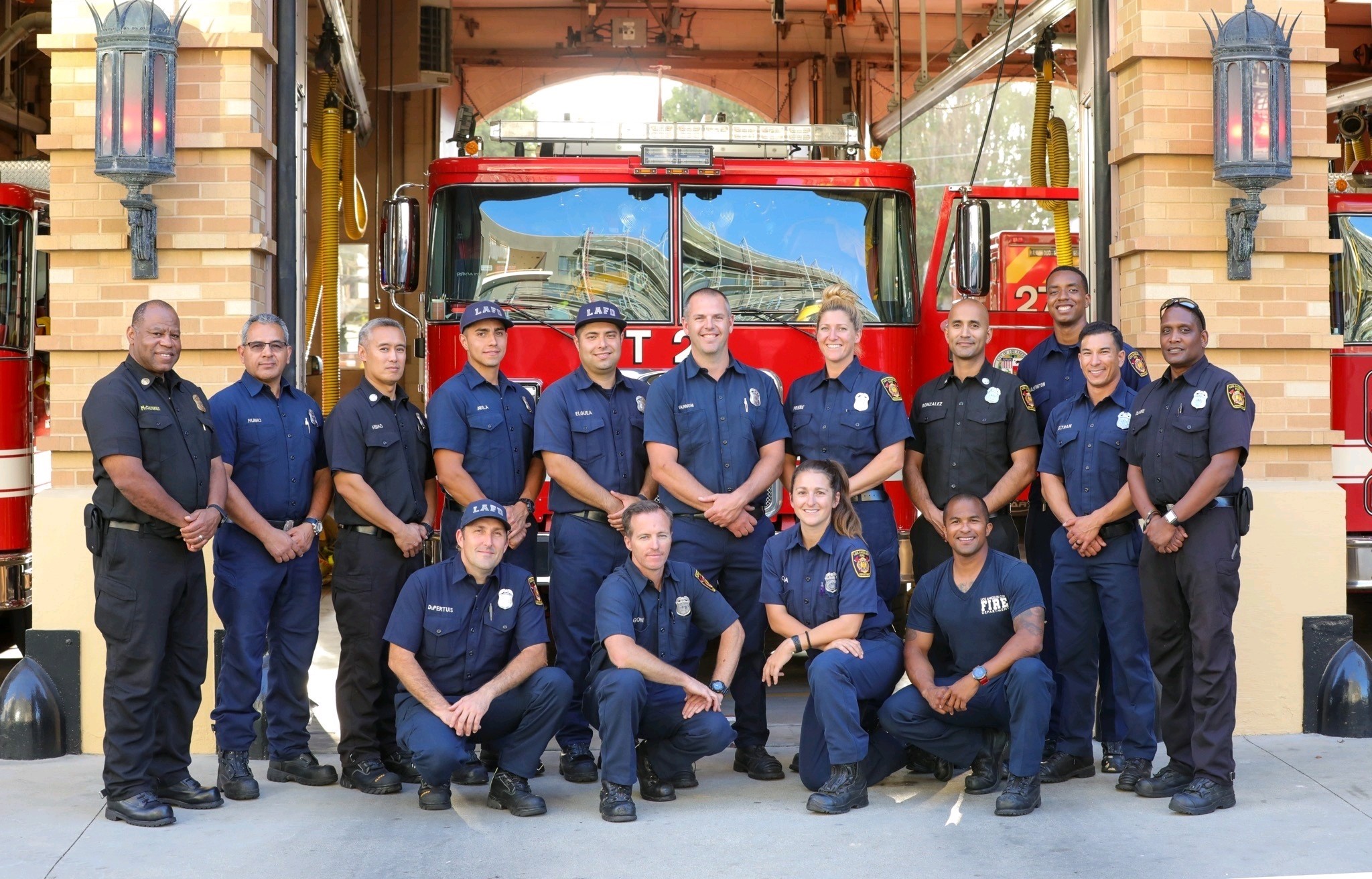 Having so many first-responders in the family has worked as a support system.

“Both of my parents get it because both were the same way that I am,” she said. “So it’s really nice. I know I can go to them for pretty much anything.”

Mother and daughter are especially close. While Cindy’s dream of firefighting was cut short, she’s vicariously living it now through Kristine and, as a 911 dispatcher for Ventura County, even has her own kind of Life 360 to track her oldest daughter.

“She knows the dispatcher system, so she can look up the calls that I’m on and where I am and what I’m doing that day,” Kristine said. “So she kind of always knows where I am and she’ll call me the next day and will be so excited to talk about a fire I went on or a traffic accident and what I did and what I learned. She just really enjoys that aspect.”

“My sister’s been a nurse in the field for about four years now. She works in the labor and delivery unit. Before that she was at Northridge Hospital, working in the ICU,” Kristine said. “That’s another support system that I have. When there’s a tough call or something emotional happens at work, we usually call each other and get support from one another.”

There have been plenty of tough calls, like the Woolsey fire of 2018, which destroyed 97,000 acres, 88 percent of National Park Service Land in the Santa Monica Mountains and had an unexpected personal consequence.

“I think I worked something like 14 out of 15 days,” she said. “When the Woolsey fire started, I was on the truck that day. The truck did not go to the initial assignment for the Woolsey fire so we actually had a move-up. While I was there, I found out that my uncle’s house was burning. He was in Cabo at the time, so he wasn’t able to do anything about it. My uncle’s house ended up burning down to the ground. That was really tough because I, obviously, wanted to help out my loved ones but I had a job to do in the city.” 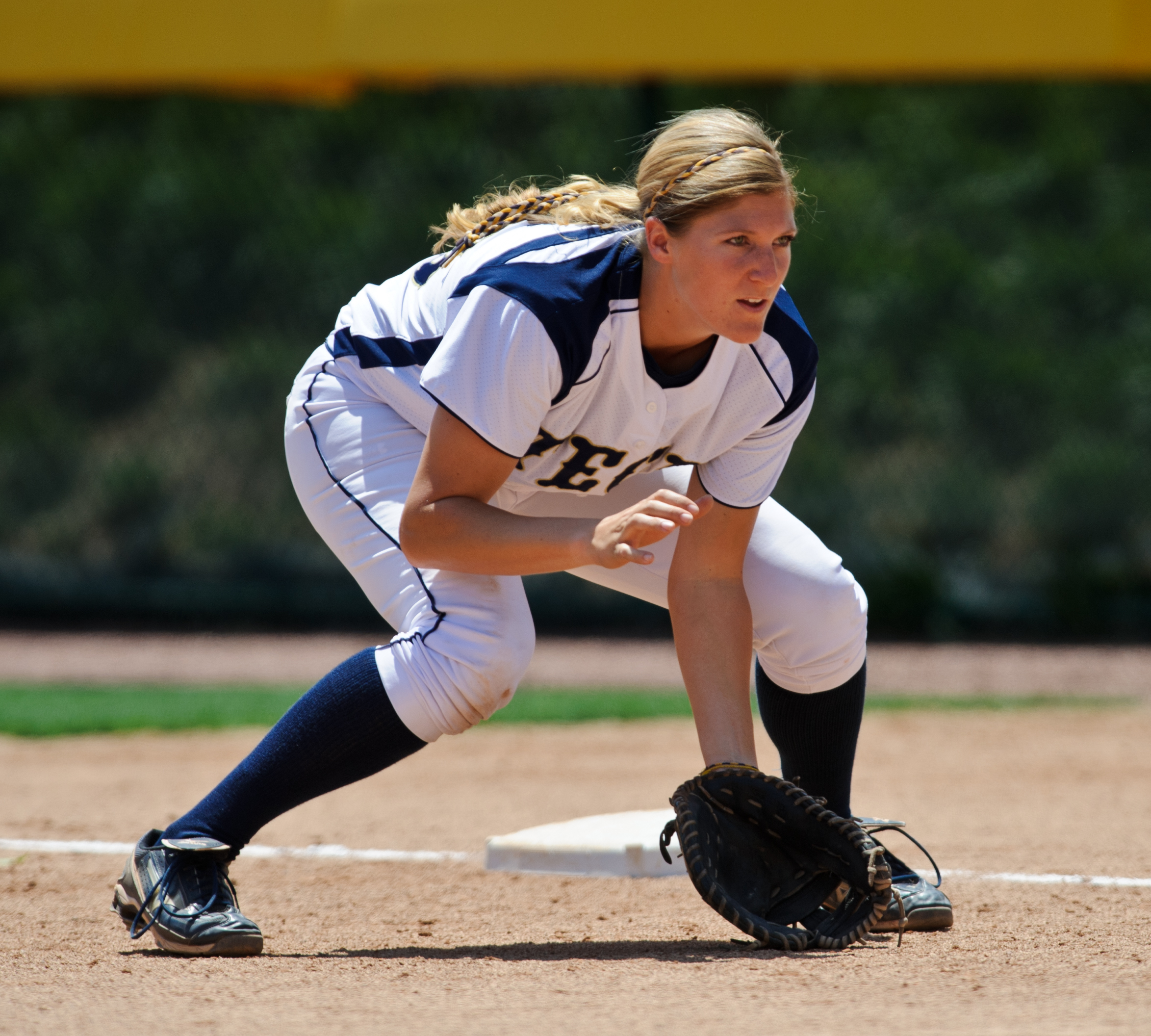 Not knowing just what that next day will bring makes the job great. Yet sometimes satisfaction comes in the smallest of actions.

“It’s not like winning a game or hitting a home run in that sense, where you feel this huge gratification,” she said. “It just feels like you did your job and you helped somebody out as much as you could. It’s the smaller things, like giving somebody a blanket in the back of an ambulance just so that they’re warm during their very tough day that they’re having. It’s small things that add up and you’re like, ‘Wow, this is really neat to help people out this way.’ As far as fires go, we don’t go around and high-five each other after we put the fire out. We just know that we did our job and then we go back and we think about how we could have done it better. We all talk about it and get ready for the next one.”

Then there’s the camaraderie.

“Part of what attracted me to the fire service is the team environment,” she said. “I’m with 16 guys at the station every day. That’s my team. Growing up playing softball, I was so used to having that team environment. I think that people that are on an athletic team prior to becoming firefighters do very well in the fire service just because we’re so used to the work ethic, the training and the camaraderie.”

“It’s not scary at all,” she added. “It’s just doing your job and being safe about it. We have our lives in each other’s hands so you’re literally standing next to people that you might have to save one day or they might have to save you. You have to have that trust with them and build your training together.”

Priebe can advance to the role of engineer — a path that would be especially fitting as a Georgia Tech grad — or an apparatus Operator (A.O.). Regardless, Priebe is where she wants to be.

“When I’m off for any amount of time I miss it. I love going back to work,” she said. “It’s something that you have in your blood and you know it’s something you want to do. I’m very happy and my parents are proud. It’s a good feeling.”