KENNESAW, Ga. – After winning the first set, Georgia Tech volleyball (3-1) dropped a 3-1 decision to Kennesaw State (2-2) on Tuesday evening in its first away match of the season. 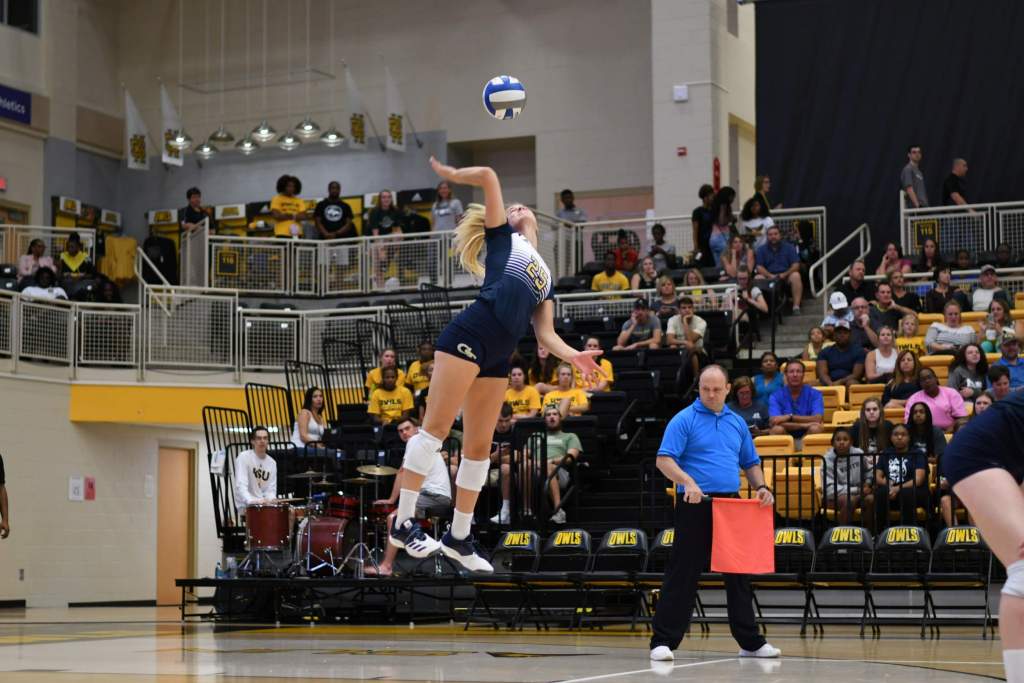 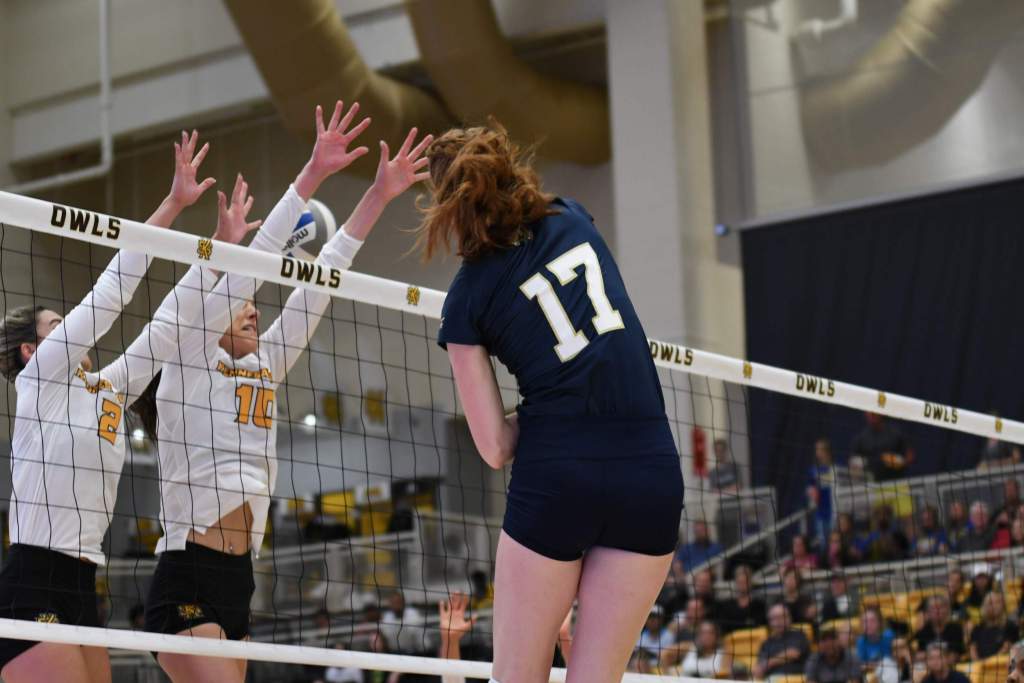 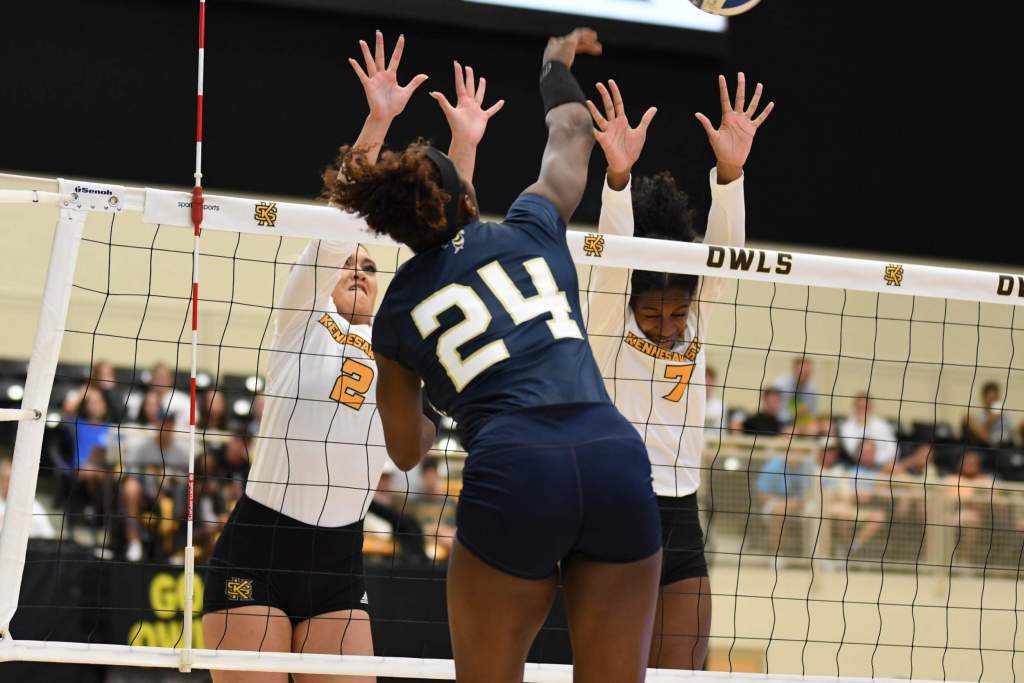 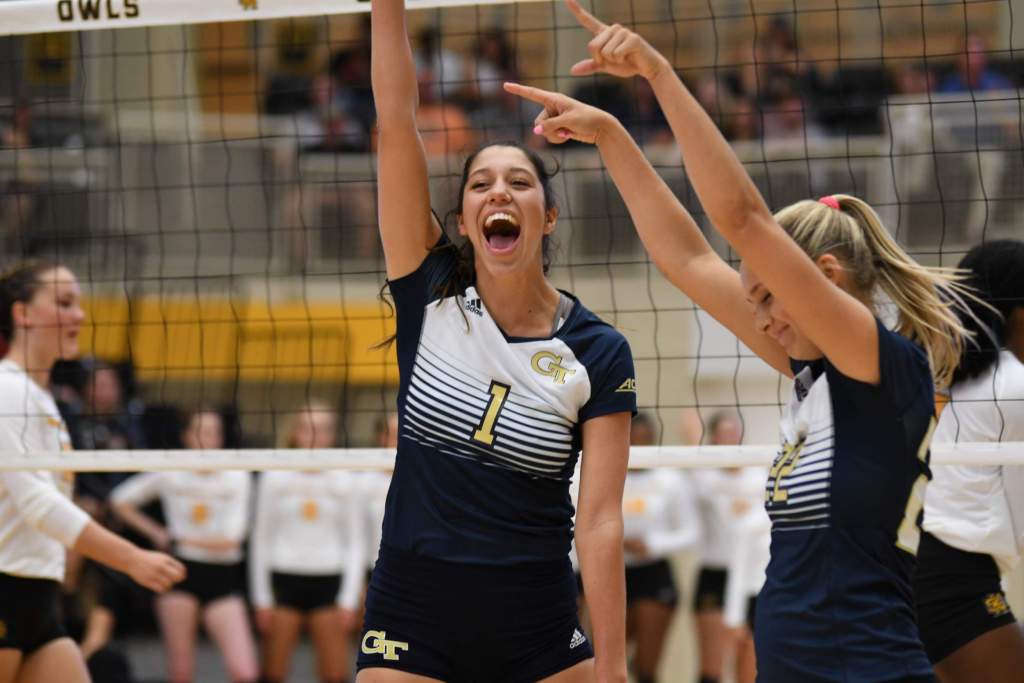 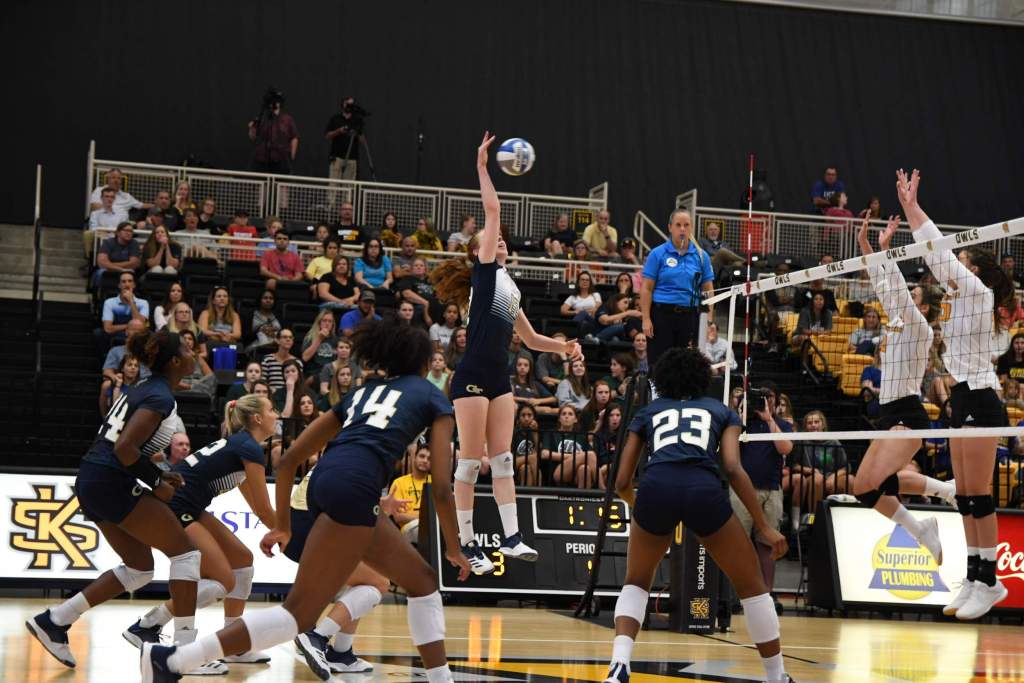 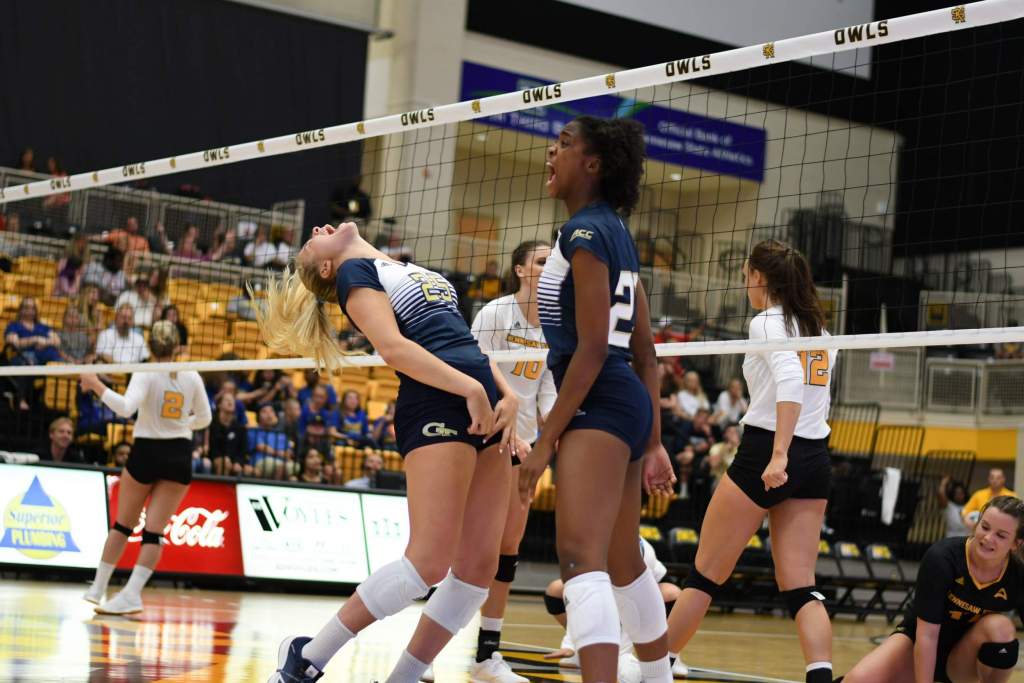 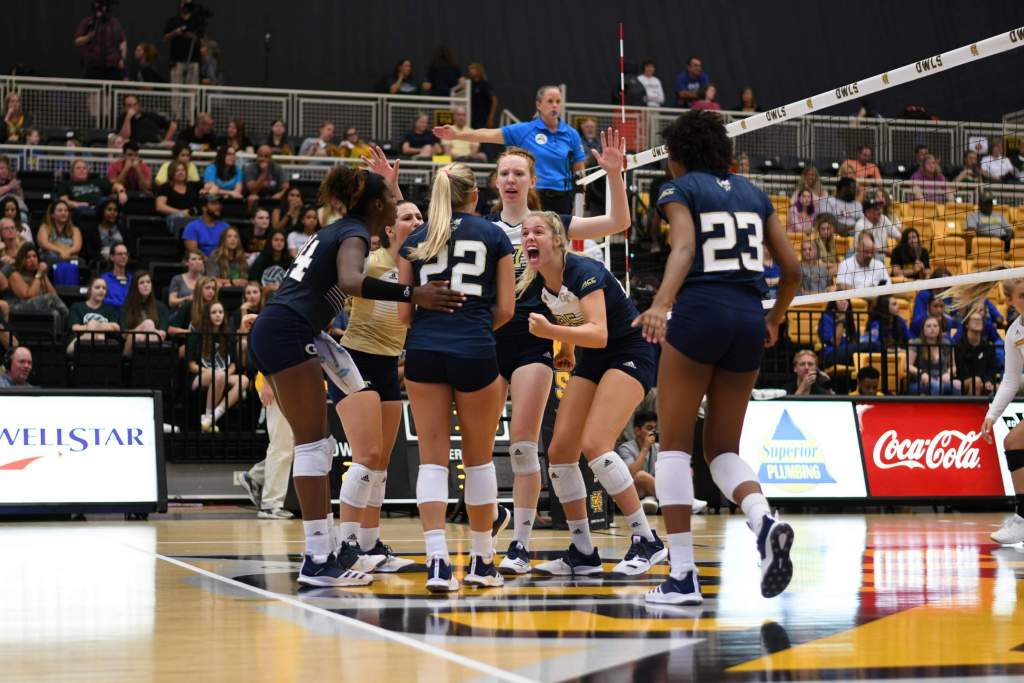 How it happened:
The teams came out battling. Fighting their way to a tie at 14-14, Tech never trailed, forcing the media timeout with the one-point edge at 15-14. The Owls took their first lead of the match at 17-16 but the Jackets took four in a row to lead 20-17 on a kill from senior Kodie Comby and Kennesaw State called timeout. The Owls came back within two at 22-20 and Tech called its first timeout. The Jackets stayed ahead and pocketed the set at 25-23 for the one game advantage.

The second set was more of the same, trading points to a tie at 11-11 before a four-point run put the Owls on top 14-11. The Owls stayed ahead, pushing their lead to 20-14. The Jackets kept fighting but the set was out of reach and Kennesaw State evened the score with a 25-18 win over the second set.

The Owls took command of the fourth set early, tallying 10 unanswered points and the Jackets called timeout, trailing 11-1. The White and Gold managed to get some offense going but the set was already decided and Kennesaw State sealed the win with a 25-15 decision.

Up next:
The Jackets return to O’Keefe to host Lipscomb and IUPUI in the Hyatt Regency Invitational Sept. 5-6. First serve against Lipscomb is set for Thursday, Sept. 5 at 7 p.m. on ACCNX.