THE FLATS –  Despite career days from senior Kodie Comby, sophomore Matti McKissock and freshman Julia Bergmann, Georgia Tech volleyball’s (8-5) comeback came up short and the Jackets fell to Boston College (11-4) 3-2 to add a blemish to Tech’s 6-1 record in O’Keefe. 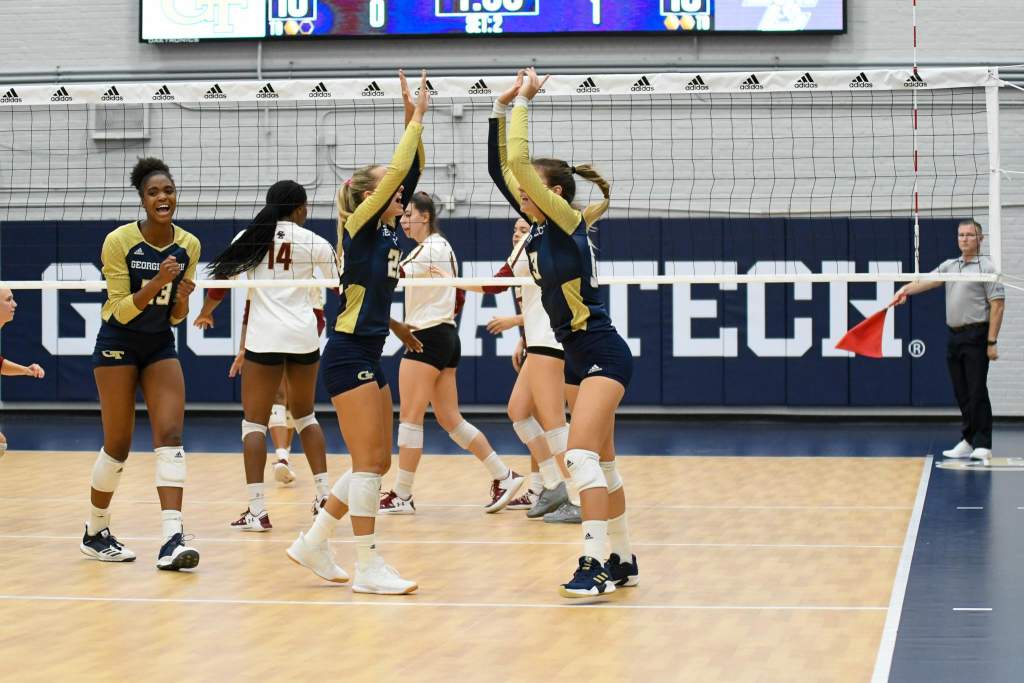 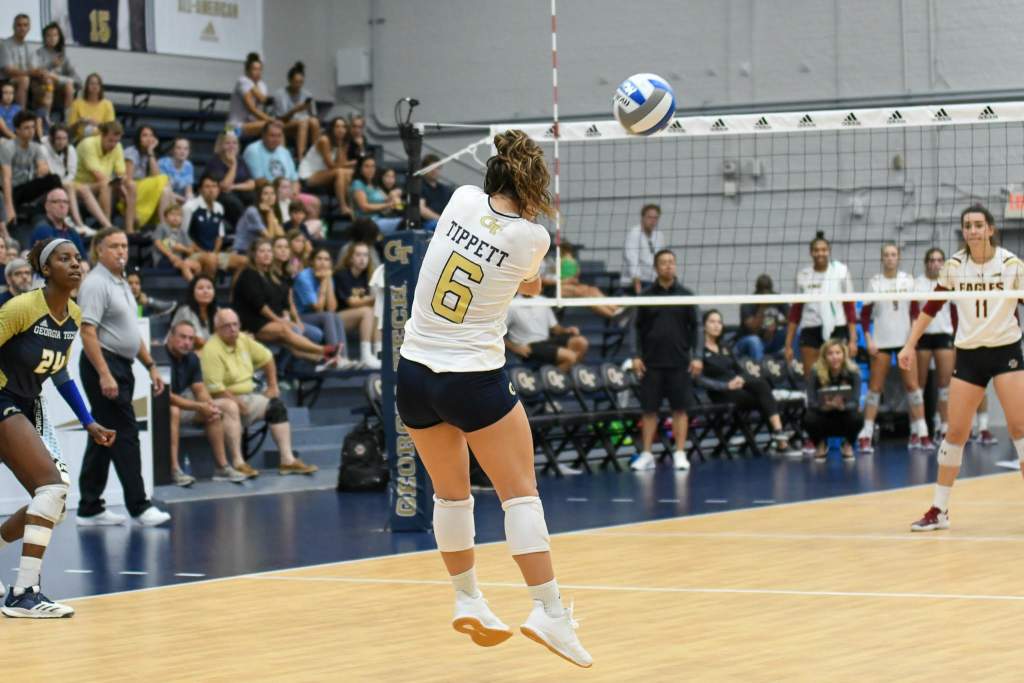 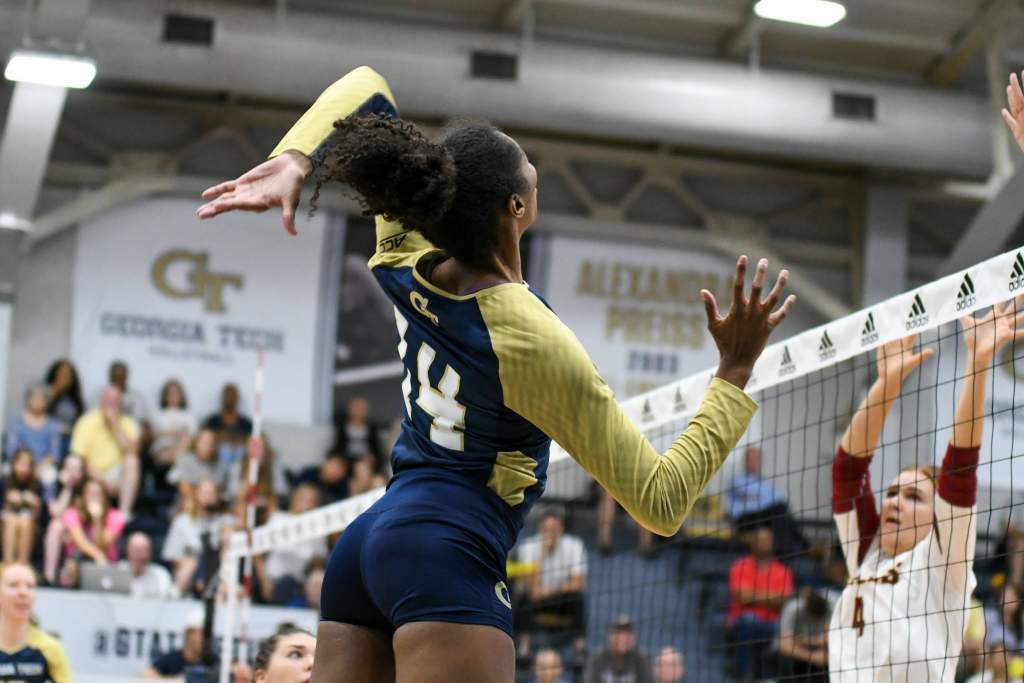 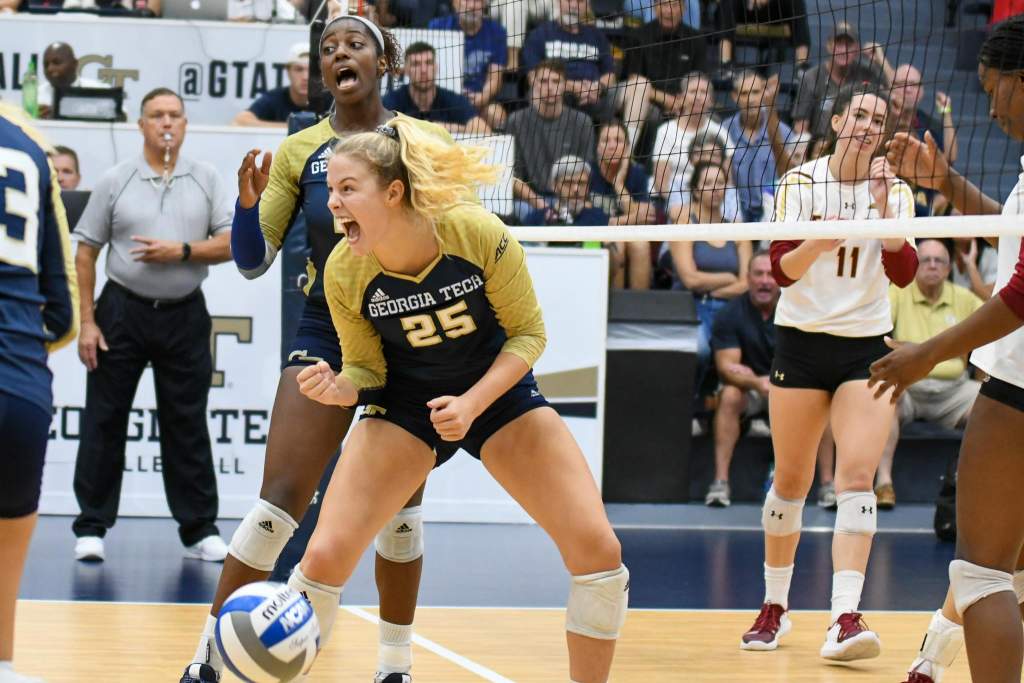 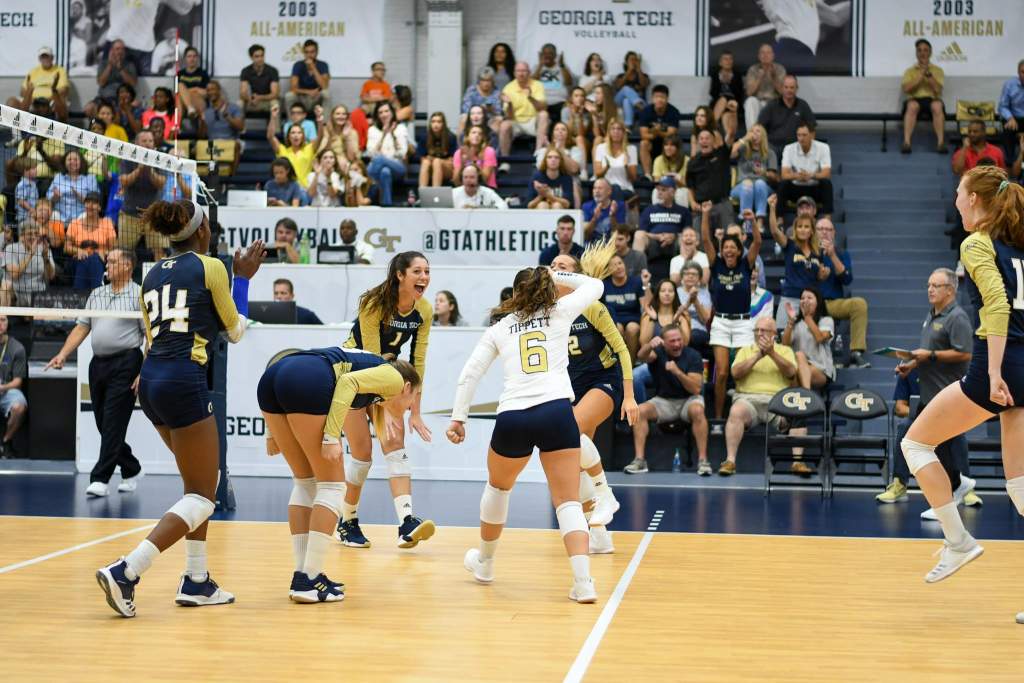 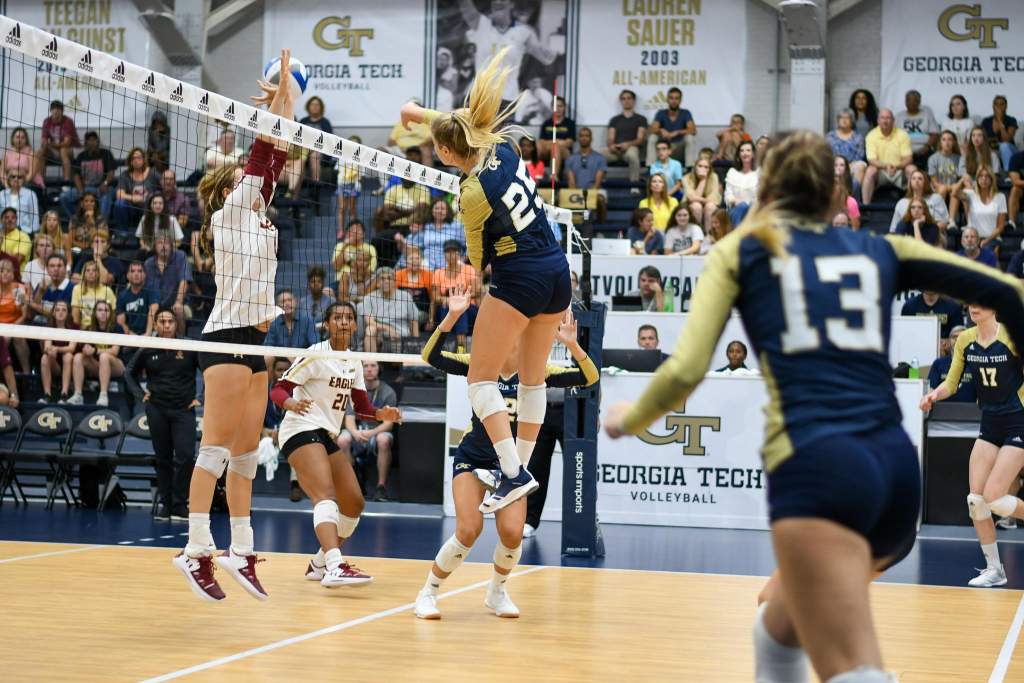 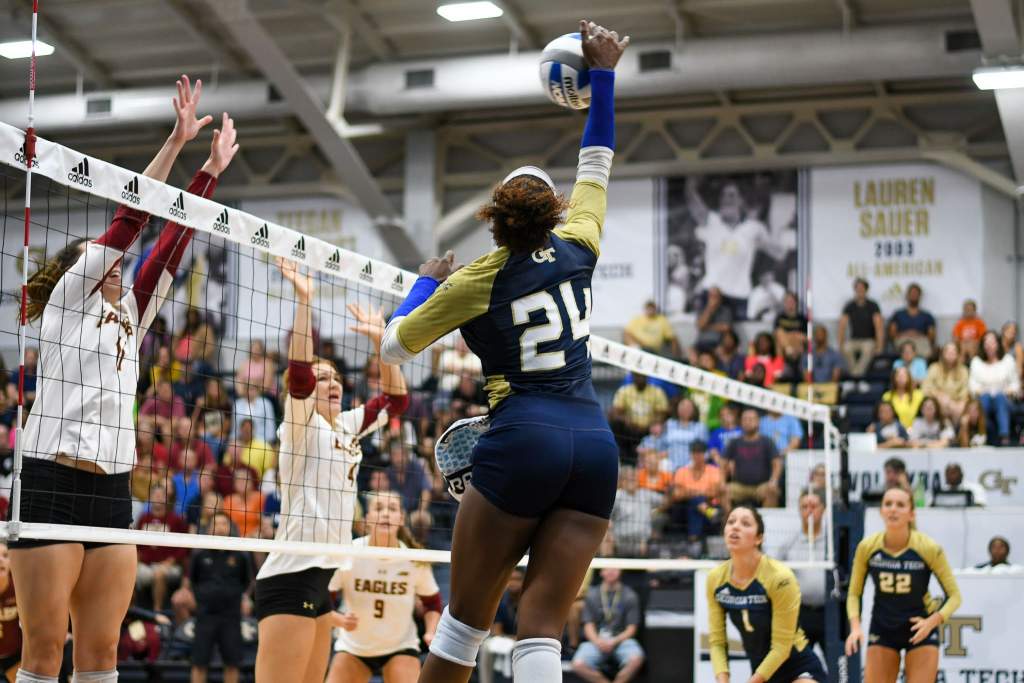 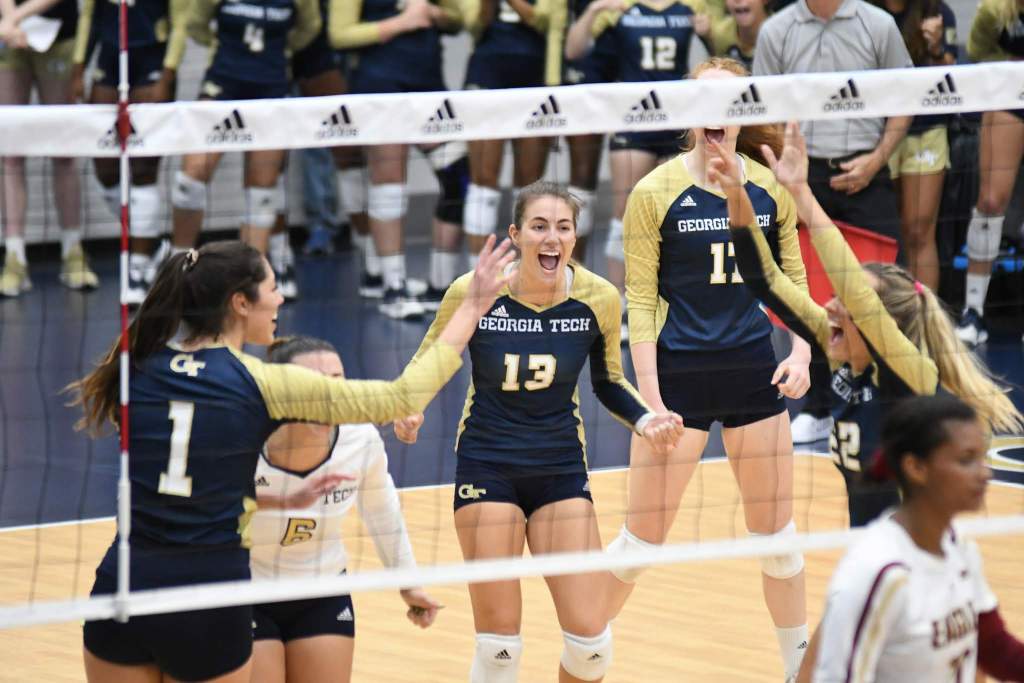 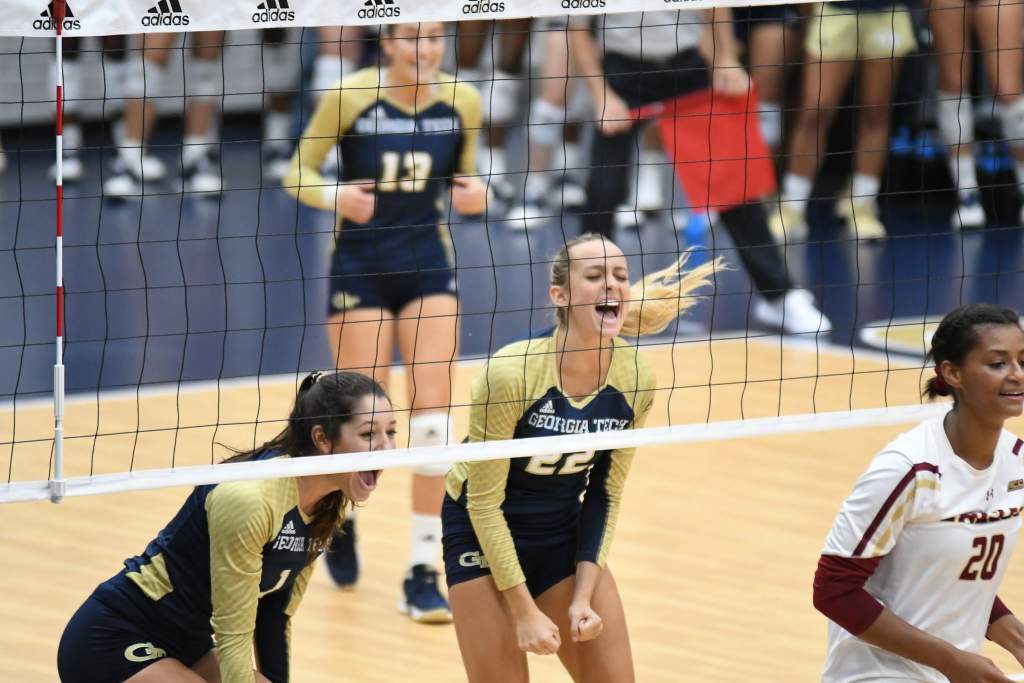 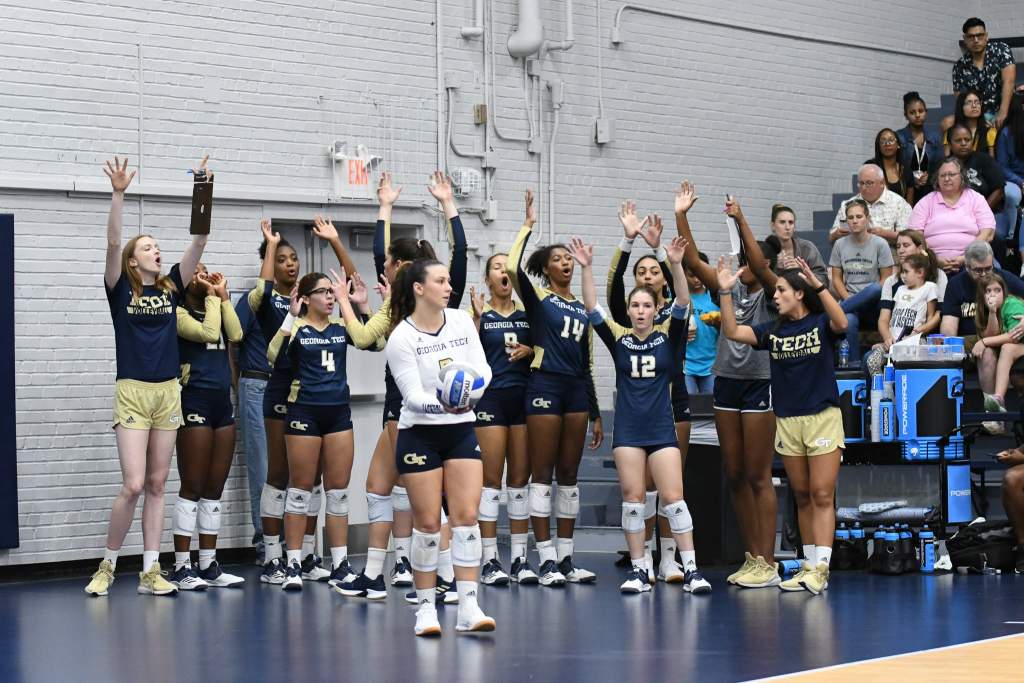 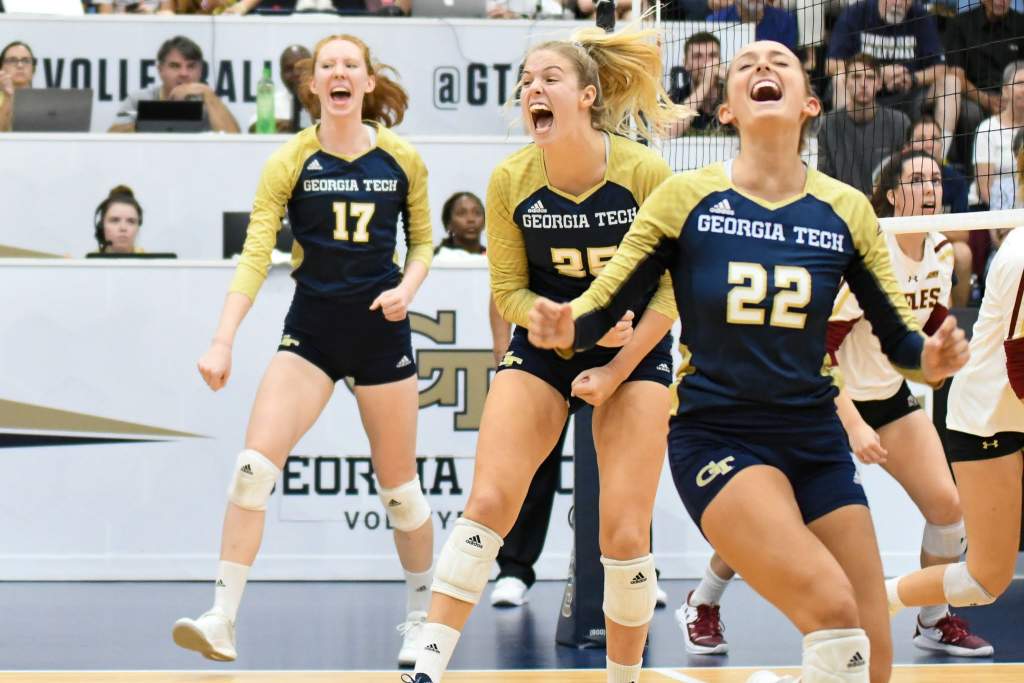 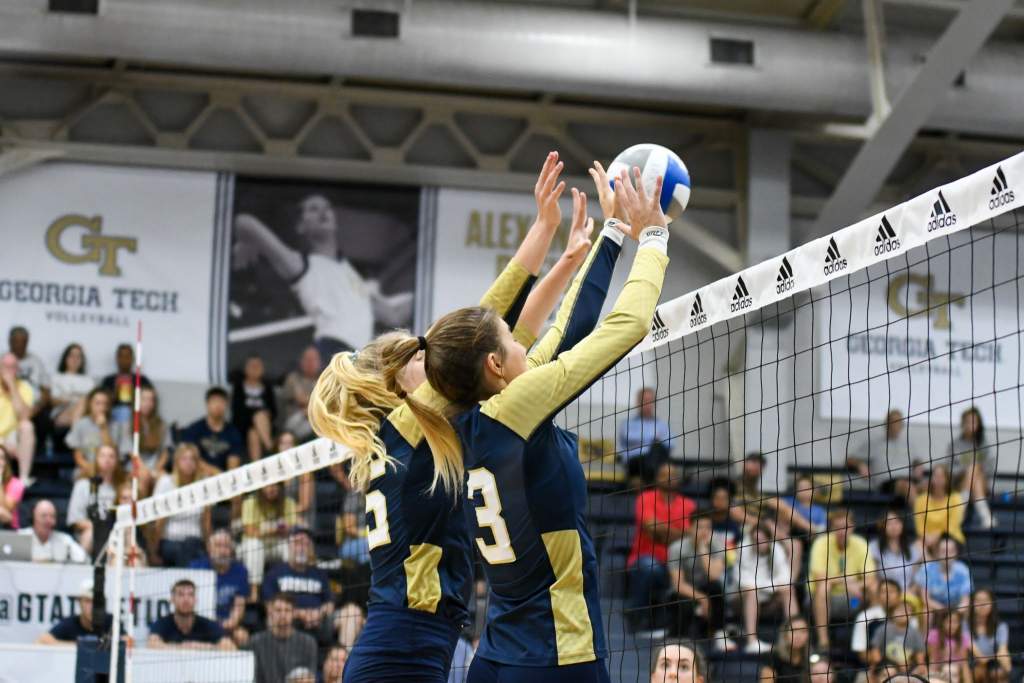 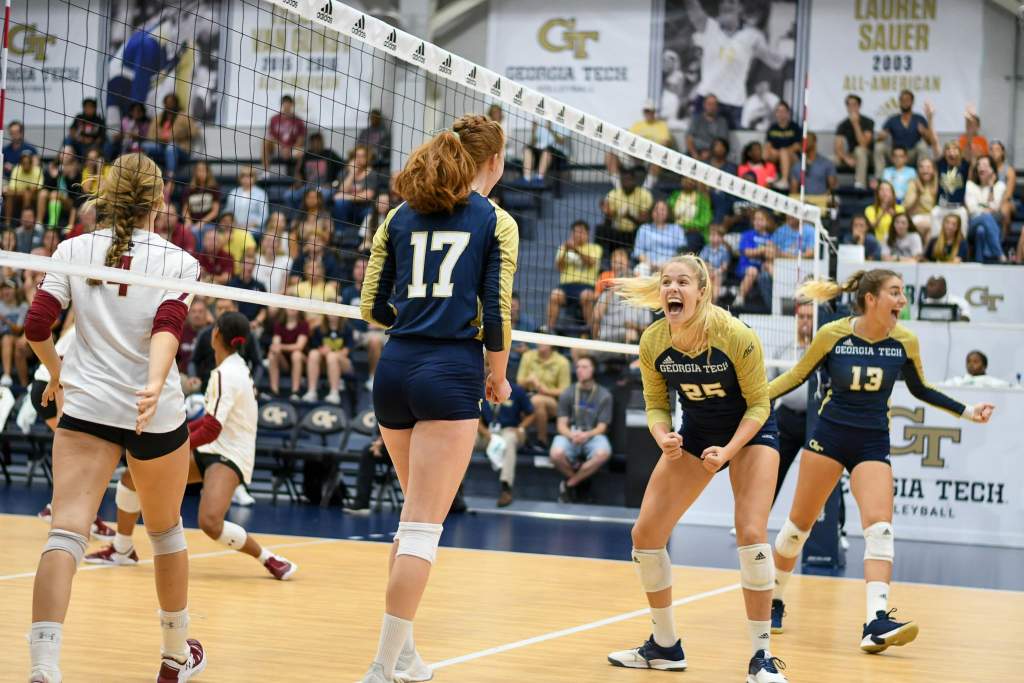 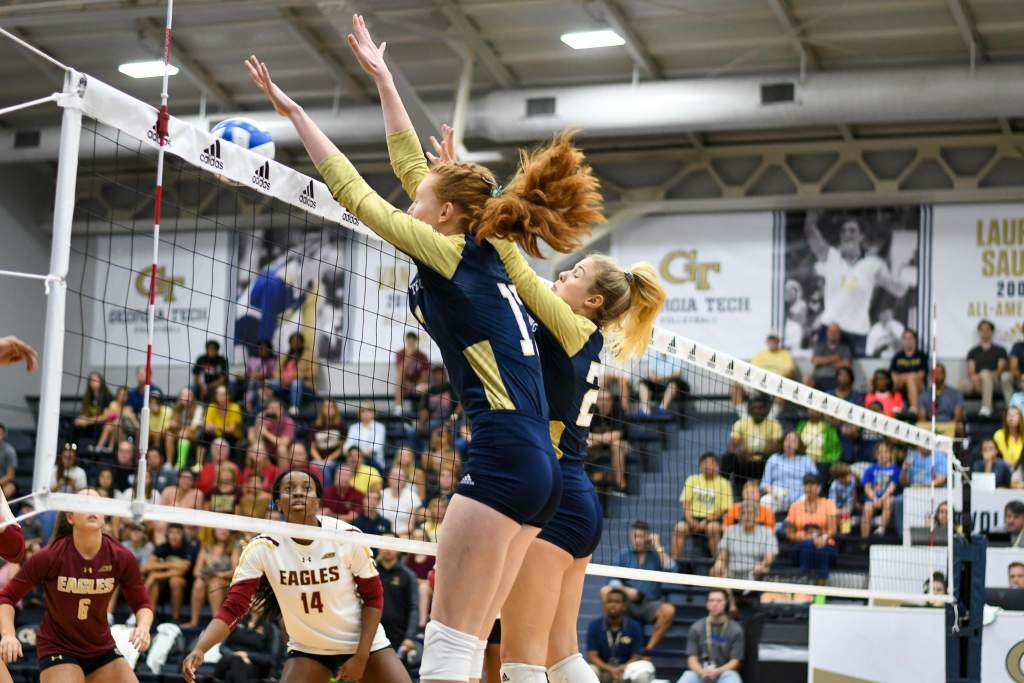 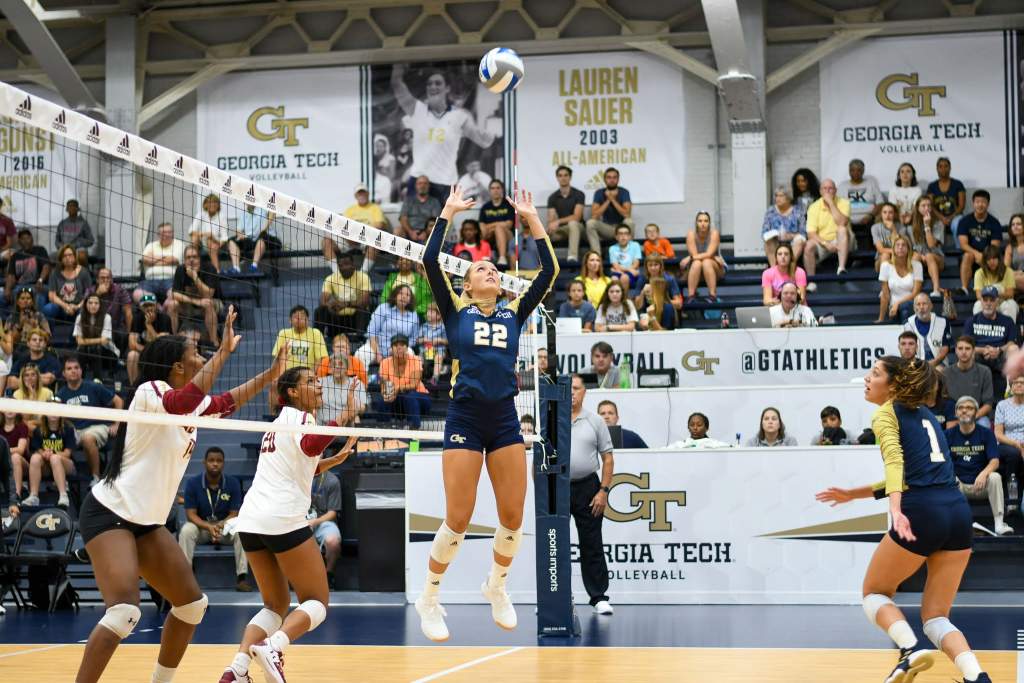 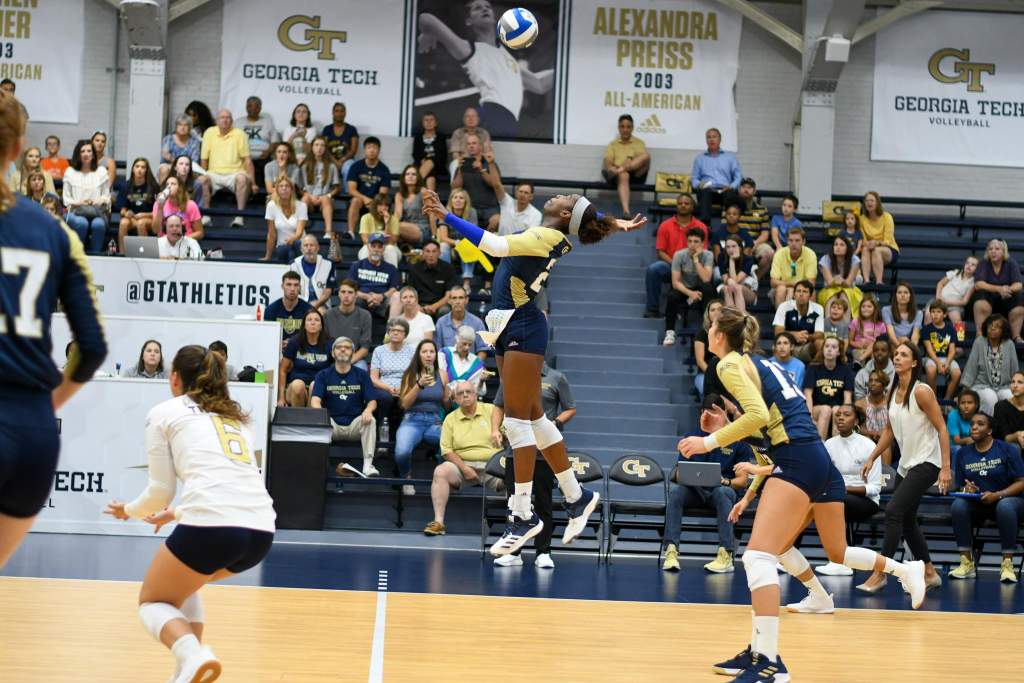 How it happened:
The Jackets and Eagles came out to a back and forth battle, trading points to a tie at 13-13. Boston College snuck ahead by two, forcing the media timeout with the score at 15-13. Tech tallied three-straight points coming out of the timeout to lead 16-15 on a kill from McKissock. The Eagles won a challenge to knot the score at 17-17 and then took two more points and the Jackets called timeout, trailing 19-17. Comby slammed home a kill coming out of the timeout and sophomore Kayla Kaiser followed up with a solo block and a kill to put Tech back on top 20-19 and the Eagles called a timeout of their own. Battling to a tie at 29-29, Boston College stole two to take the first set at 31-29.

The Eagles carried the momentum into the second set, taking an 11-7 lead and the Jackets signaled for a timeout. Tech came back within one at 16-15 on a kill from Bergmann but the Eagles stayed ahead. The Jackets kept fighting but Boston College held onto its lead to take the second set 25-21.

Tech bounced back in the third, taking an early lead at 11-6 on a kill from sophomore Mariana Brambilla and Boston College used its first timeout. The Jackets kept rolling, taking three-straight points with sophomore Maddie Tippett at the service line to lead 20-13. The Eagles weren’t going down without a fight and brought the score back within three at 23-20 before a kill from Comby gave the Jackets set point. The Eagles got in one more point before the Jackets pocketed the third set at 25-21 on a service error.

Tech grabbed the lead at 5-4 on a set error and held onto it, staying just ahead of the Eagles to force the media timeout at 15-12 with a block from Comby and McKissock. The block sparked a 7-1 run and the Jackets pushed their lead to 21-13 on a kill from sophomore Mikaila Dowd and Boston College called a timeout. Tech held on, allowing one more point before forcing the fifth at 25-14.

Boston College took the first lead of the fifth and the Jackets called timeout trailing 5-2. The Jackets battled back to tie it at 5-5 on an attack error but the Eagles pushed out again to lead 8-5 at the switch. Tech surged back once mroe, knotting the score at 9-9 on a kill from Brambilla. Boston College went up again and this time for good, taking the set at 15-11 for the win.

Up next:
The Jackets head back out on the road for a weekend of ACC play, traveling to Louisville for a 7 p.m. match on Friday, Oct. 4 before heading to Notre Dame for a 1 p.m. first serve on Sunday, Oct. 6.