Caralla earned the award in recognition of his performance as the head football strength and conditioning coach at the University at Buffalo in 2018. In his lone season at UB, Caralla helped turn around a team that went 8-16 over the previous two years into a squad that won the Mid-American Conference East Division championship and earned the program’s first bowl berth since 2013 (and only its third all-time). 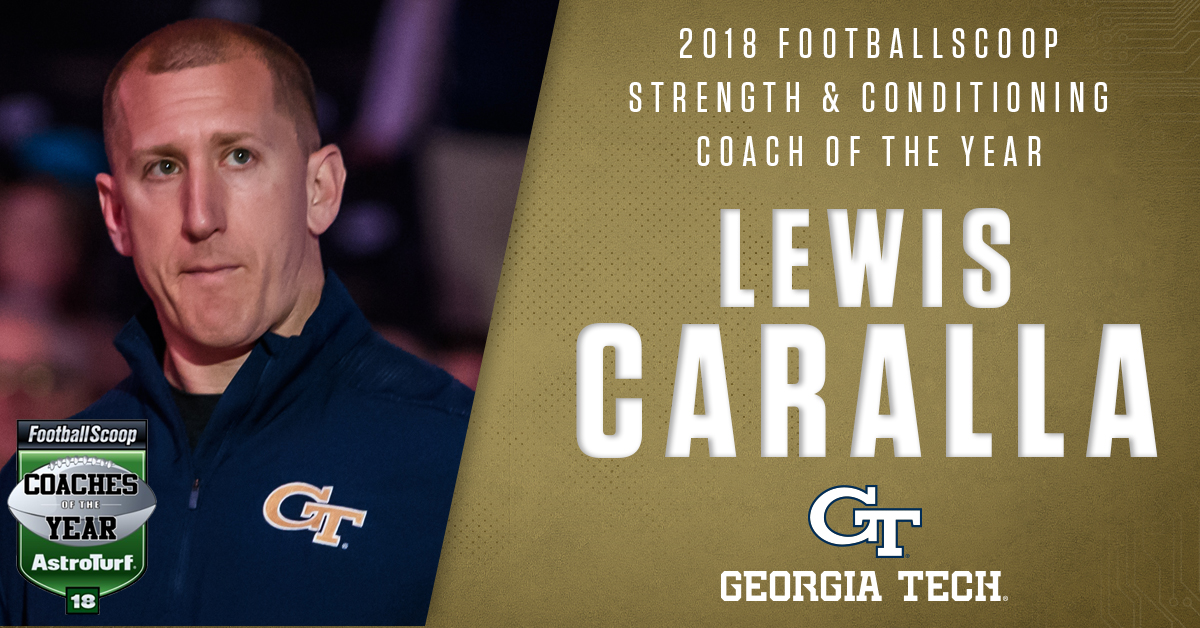 “This is a deserving honor for Lew and an exciting moment for Georgia Tech football,” Georgia Tech head coach Geoff Collins said. “It’s an honor to be able to bring a close friend and an elite strength and conditioning coach back into our program. We are a developmental program. What he did for Buffalo’s program is going to carry over well for the future of Georgia Tech football.”

Prior to spending 2018 at Buffalo, Caralla was director of strength and conditioning at Louisiana-Lafayette (2016-17) and North Texas (2015). His career also includes stints as an assistant strength and conditioning coach at Michigan (2012-14), Mississippi State (2011) and Georgia Tech (2010-11), a graduate assistant at Mississippi State (2009-10) and an intern at Virginia (2008) and South Florida (2007). During his one season as a full-time assistant at Mississippi State in 2011, he worked on the Bulldogs’ football staff with Collins, who was MSU’s co-defensive coordinator.

Originally from Tarpon Springs, Fla., Caralla was a two-time all-conference running back at Defiance (Ohio) College, where he also earned academic all-conference accolades twice and graduated with a bachelor’s degree in wellness and corporate fitness in 2008. He earned a master’s degree in kinesiology from Mississippi State in 2010. Caralla and his wife, Lori, have two children: Marshall and Ali.