THE FLATS – Georgia Tech football will square off with Atlantic Coast Conference foe Louisville in the 2023 Chick-fil-A Kickoff Game at nearby Mercedes-Benz Stadium, Peach Bowl, Inc. announced on Wednesday. The contest will be played on Saturday, Sept. 2, 2023. 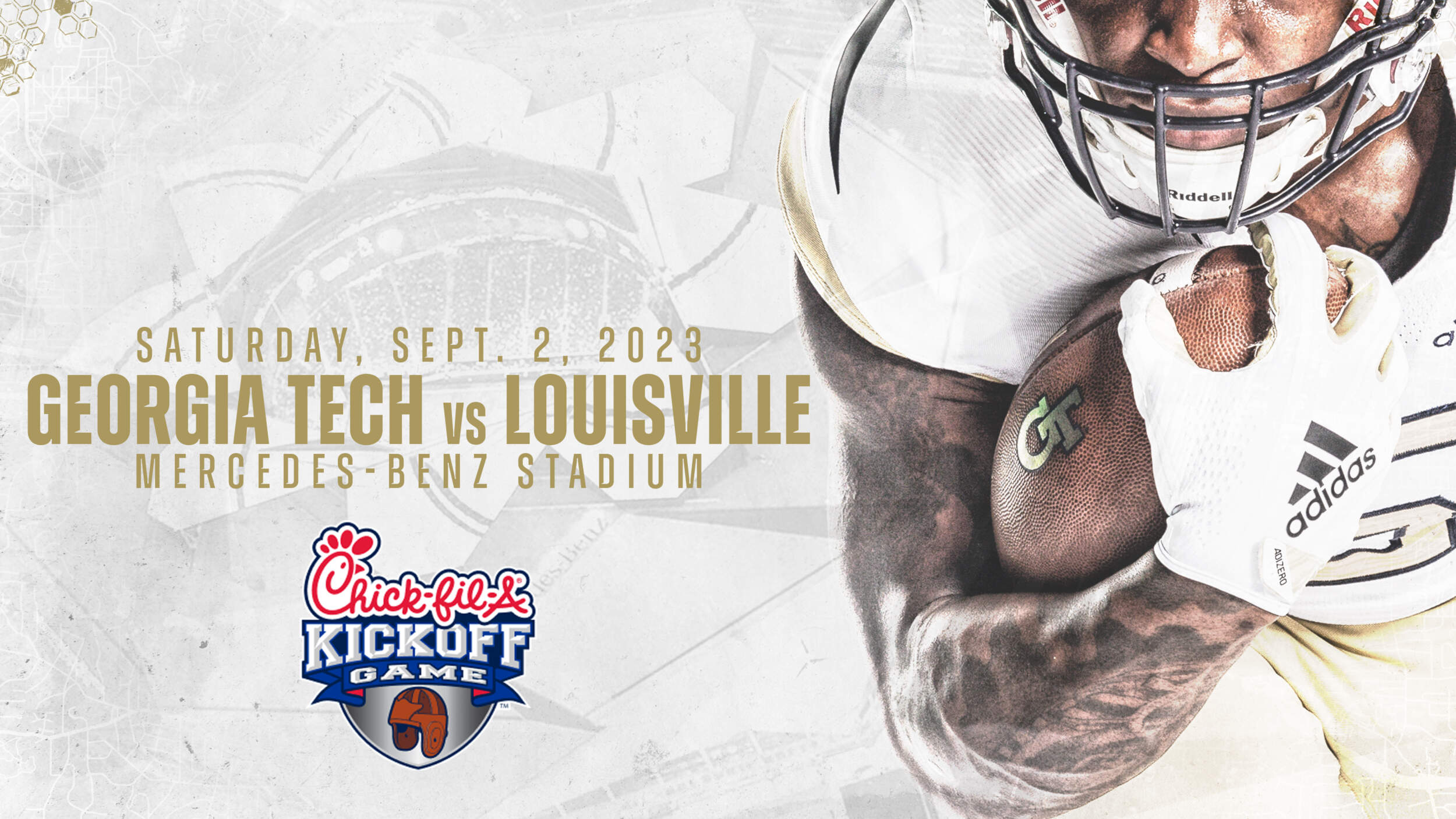 “We’re proud to add another Chick-fil-A Kickoff Game to our six-year series of home games at Mercedes-Benz Stadium,” Georgia Tech director of athletics Todd Stansbury said. “In addition to the excitement that playing in one of the world’s best sports venues affords to our student-athletes and fans, being a part of the Chick-fil-A Kickoff Game gives us the chance to display our program, our institution and our city to what is always a large national television audience. We thank Peach Bowl, Inc. and AMB Sports + Entertainment for the opportunity and are looking forward to bringing Georgia Tech football to Mercedes-Benz Stadium.”

With the announcement that Georgia Tech will face Louisville at MBS 2023, opponents are now set for three of the Yellow Jackets’ six home games at Mercedes-Benz Stadium through 2026:

“We couldn’t be more excited that another one of our six upcoming home games at Mercedes-Benz Stadium is going to be the 2023 Chick-fil-A Kickoff Game versus Louisville,” Georgia Tech head coach Geoff Collins said. “It’s another great opportunity for Georgia Tech and our student-athletes to showcase our program and our culture in the world’s premier football stadium, in one of college football’s premier games and in the heart of downtown Atlanta, less than a mile from our campus.”

Georgia Tech’s six-game series at Mercedes-Benz Stadium was originally scheduled to be a five-game series beginning in 2020 versus Notre Dame. However, when the 2020 game was moved to Georgia Tech’s Bobby Dodd Stadium due to the Covid-19 pandemic, Georgia Tech and AMB Sports + Entertainment added two years to their partnership, giving the Yellow Jackets six games at MBS from 2021-26. The date and opponent for Tech’s 2021 game at MBS will be determined after the ACC finalizes its conference schedule in the coming months.

Mercedes-Benz Stadium opened in 2017 and is one of the world’s most premier sports venues. In addition to being home of the Falcons and the 2018 Major League Soccer champion Atlanta United, MBS also hosted Super Bowl LIII, the 2018 College Football Playoff championship game and was scheduled to be the site of the 2020 NCAA Final Four (with Georgia Tech serving as the host institution) before the 2020 NCAA Tournament was canceled due to the Covid-19 pandemic.