CORAL GABLES, Fla. –  Closing out the 2019 regular season with its ninth Atlantic Coast Conference sweep, Georgia Tech volleyball (21-8, 14-4 ACC) topped the Miami Hurricanes (10-15, 6-12 ACC) 3-0 on Friday afternoon to secure a second-place finish in the ACC. It marks the Jackets’ best finish in conference play since 2004 when Tech went undefeated in ACC action. 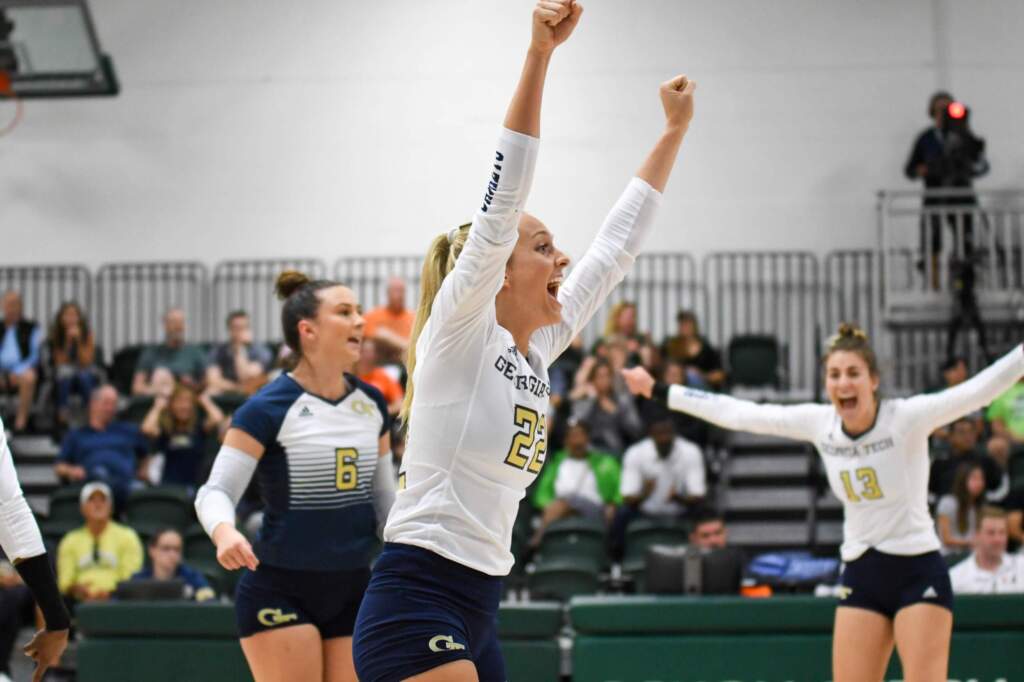 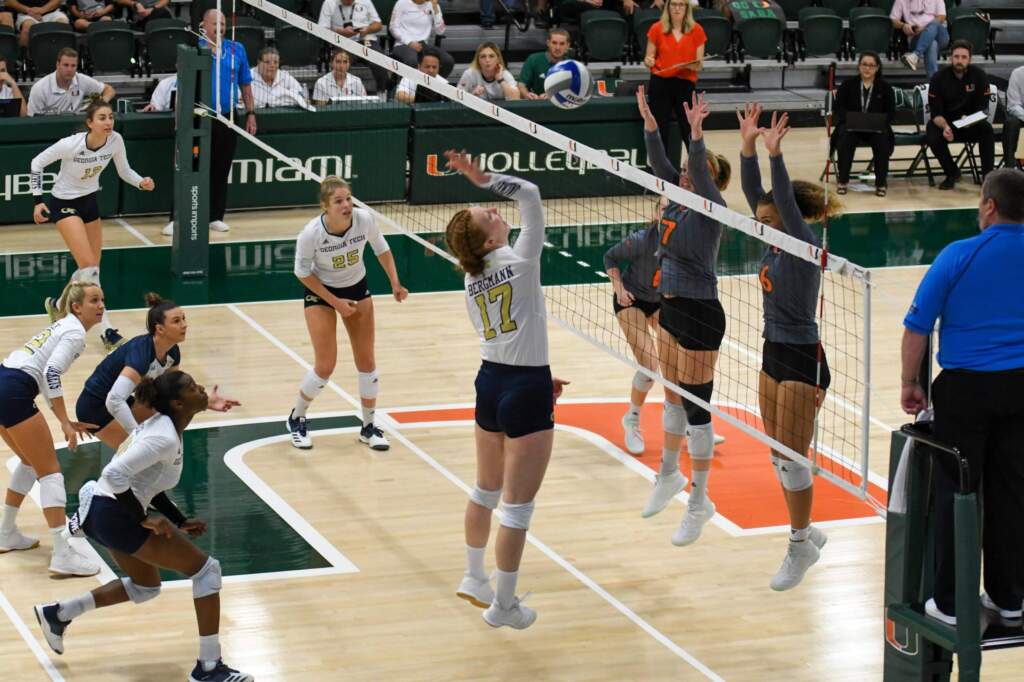 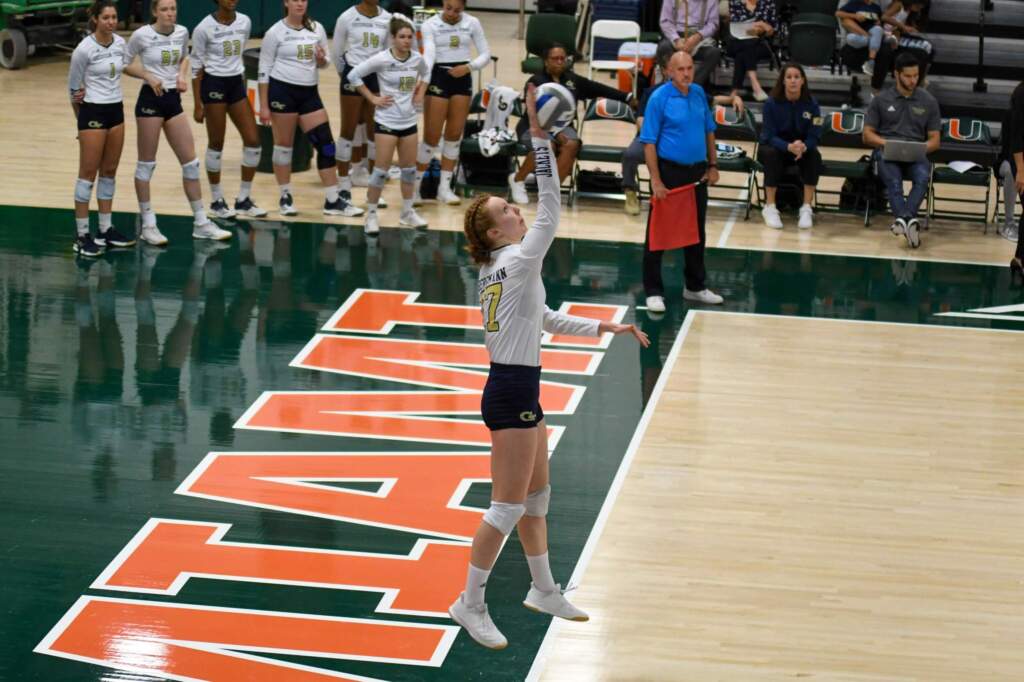 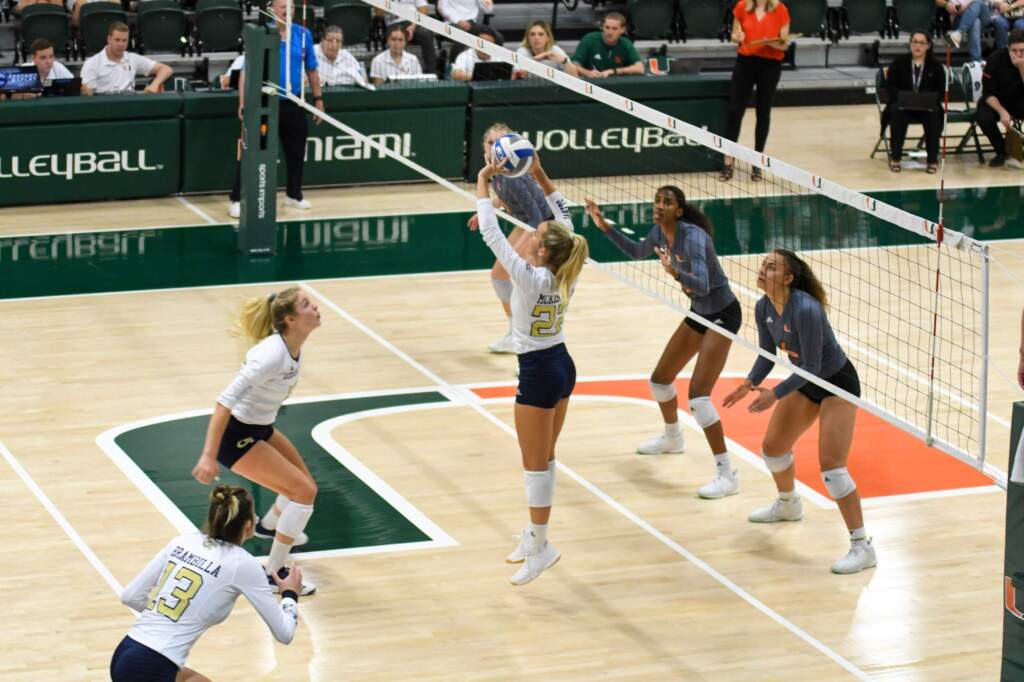 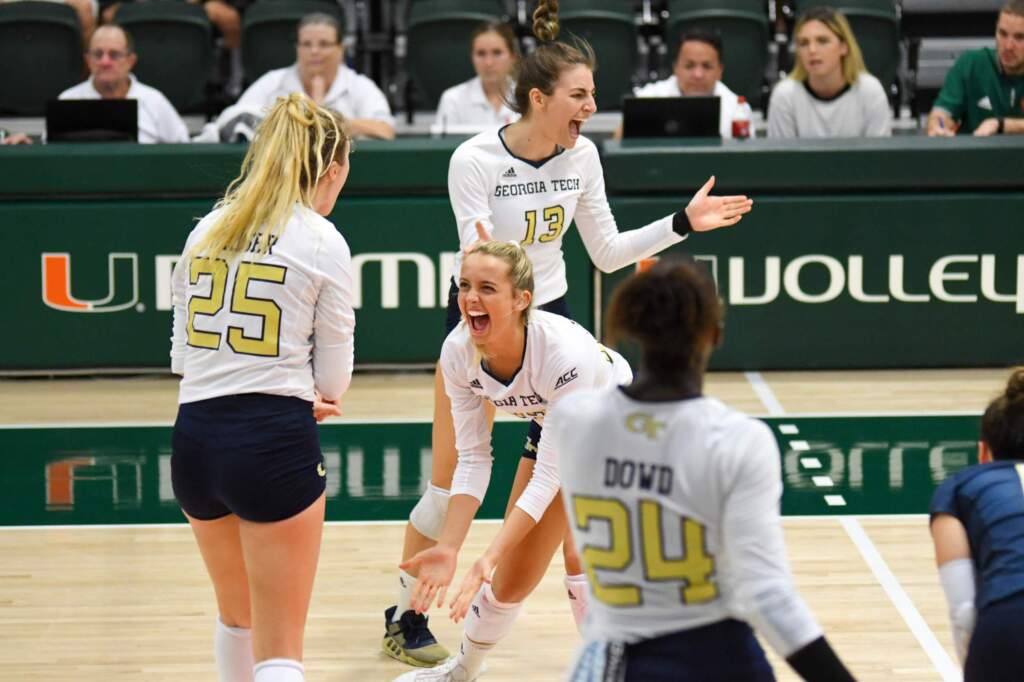 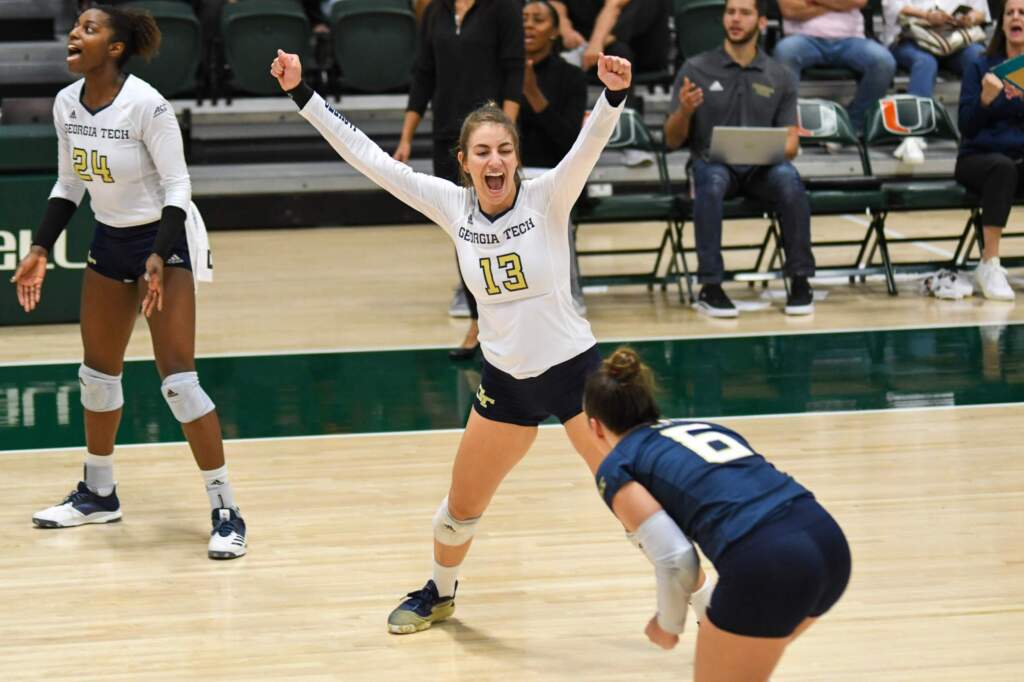 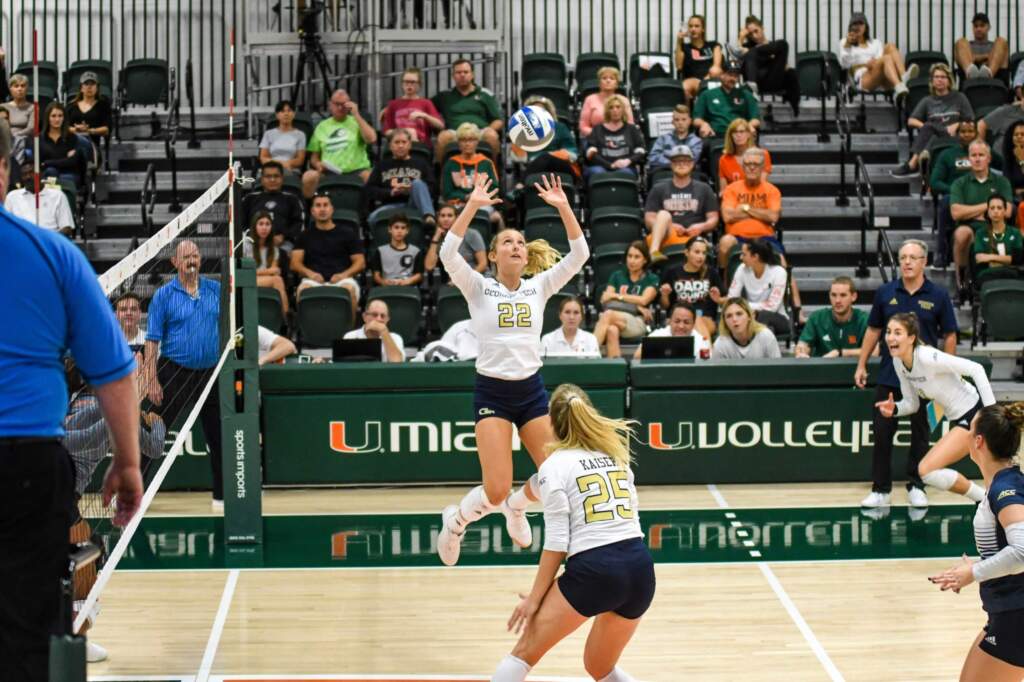 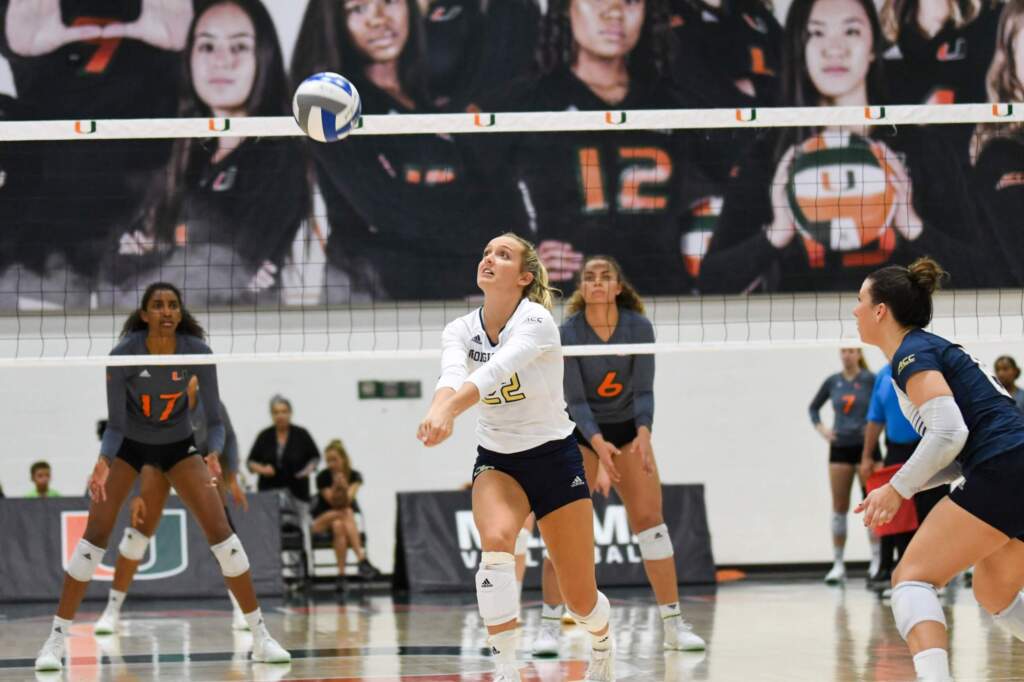 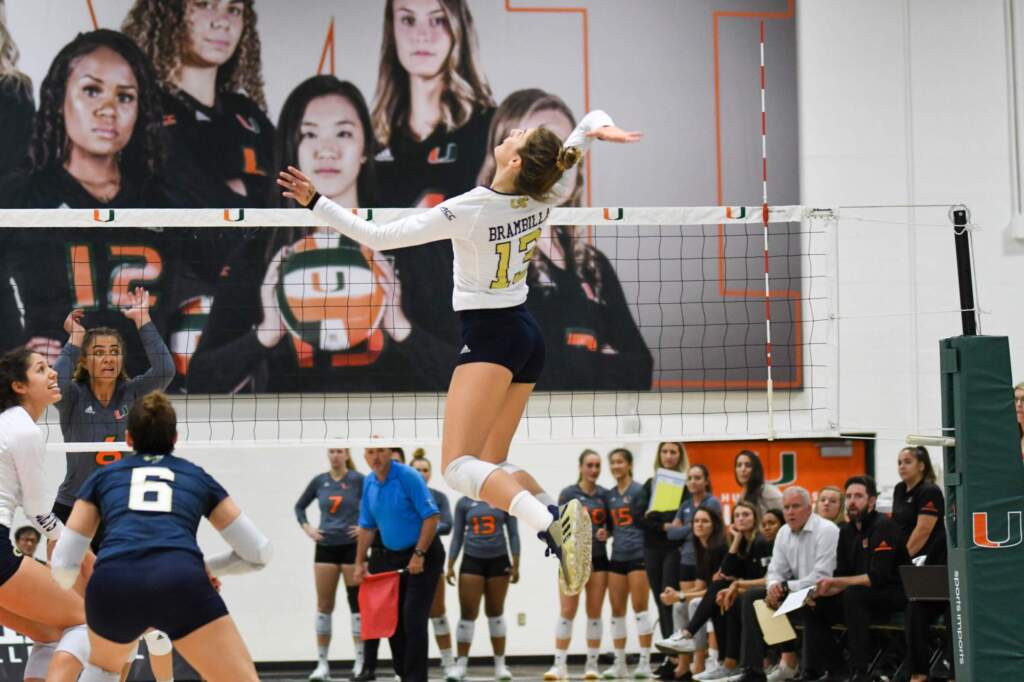 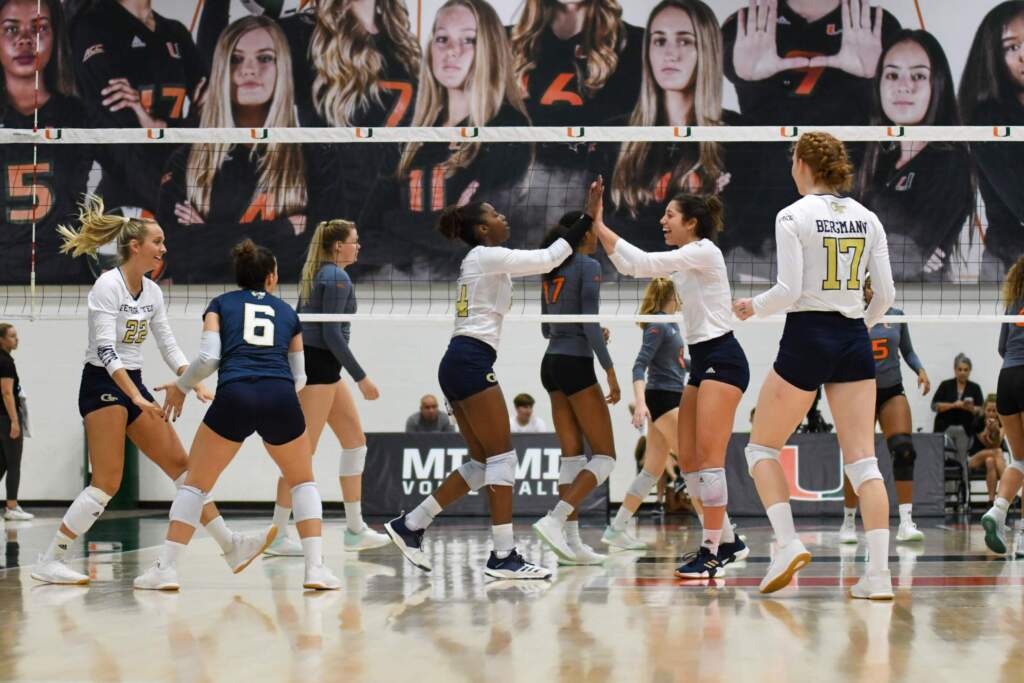 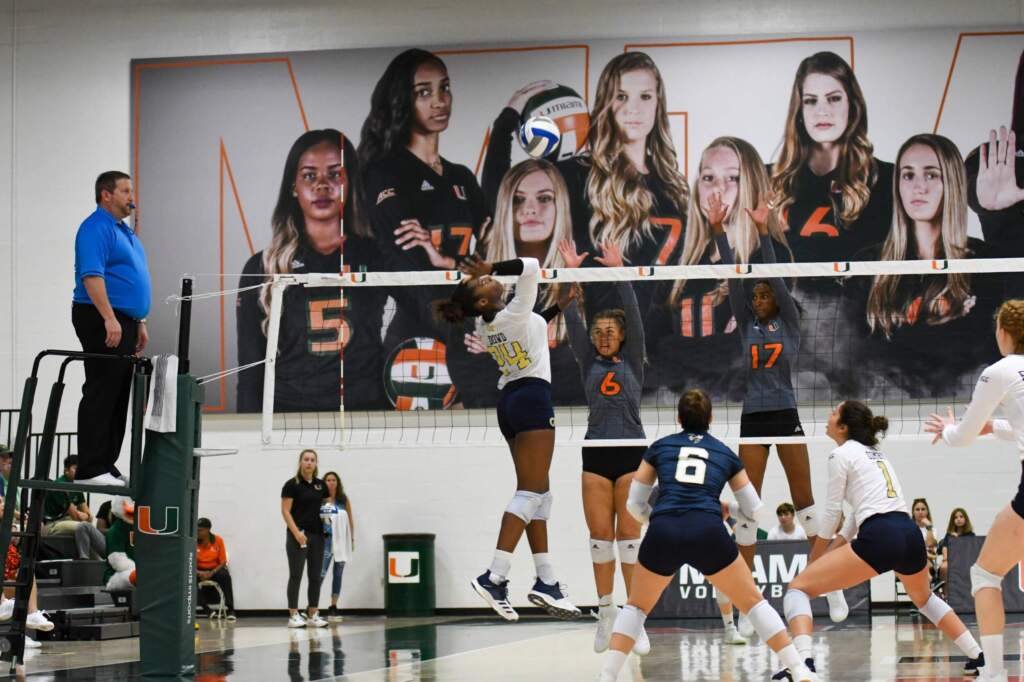 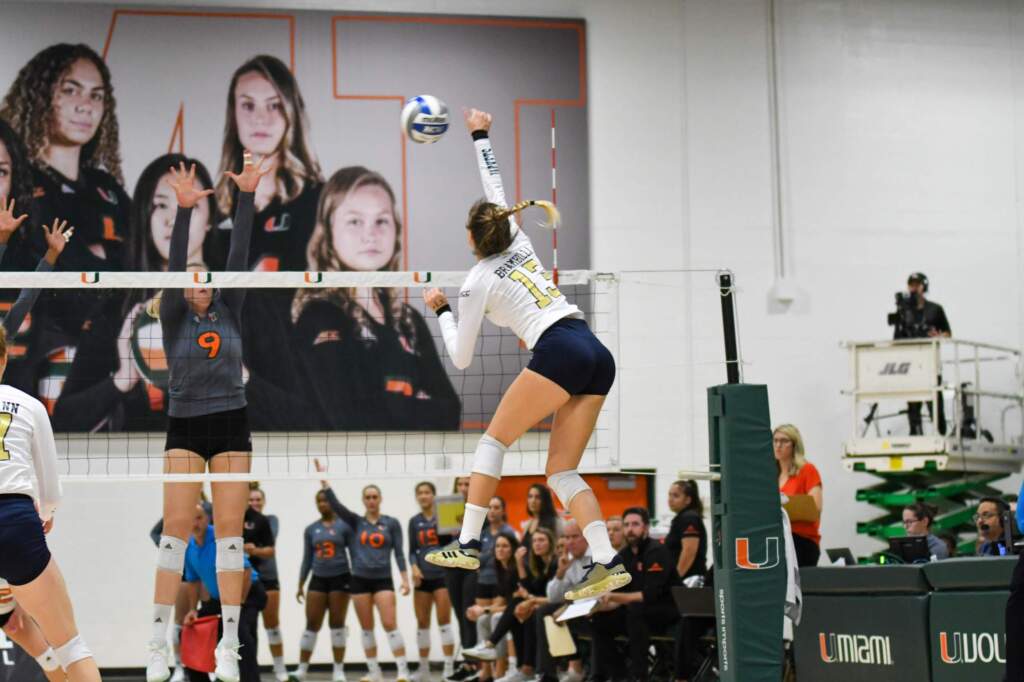 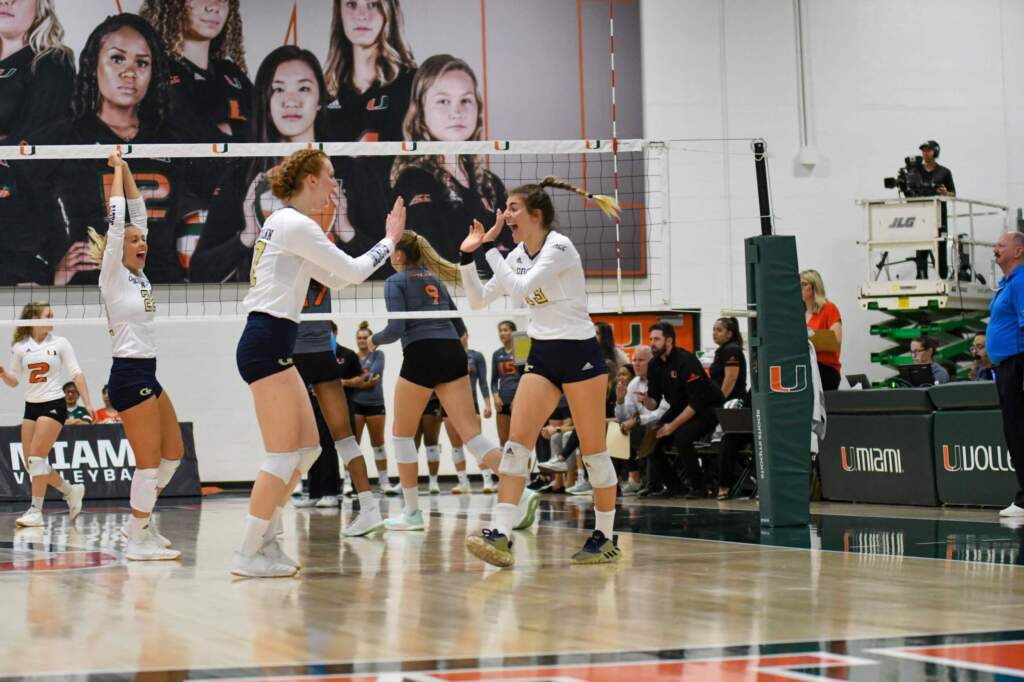 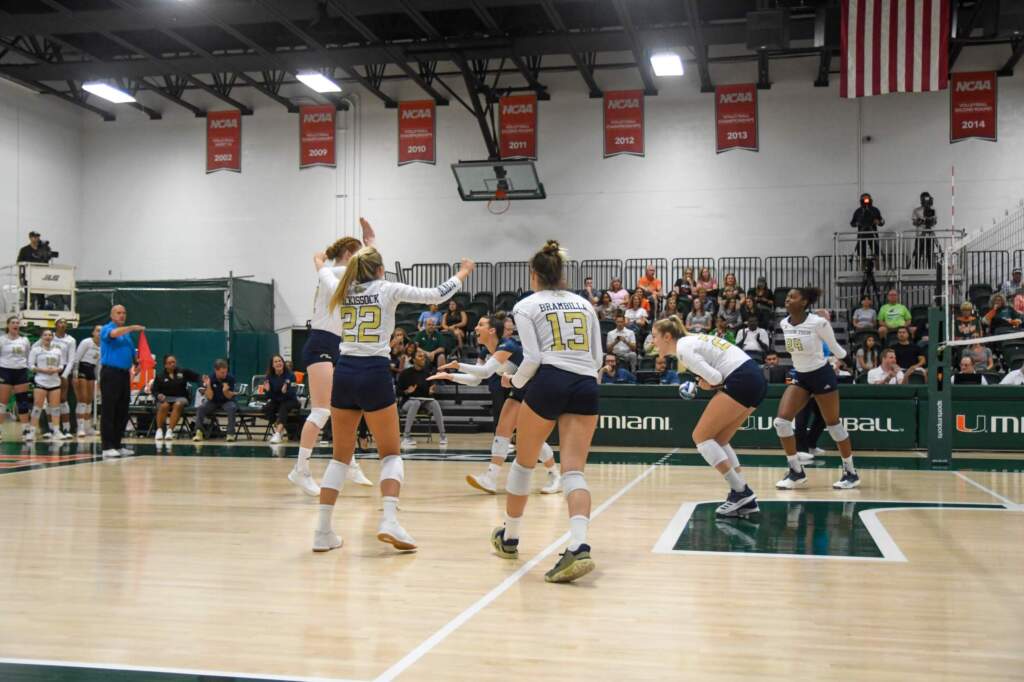 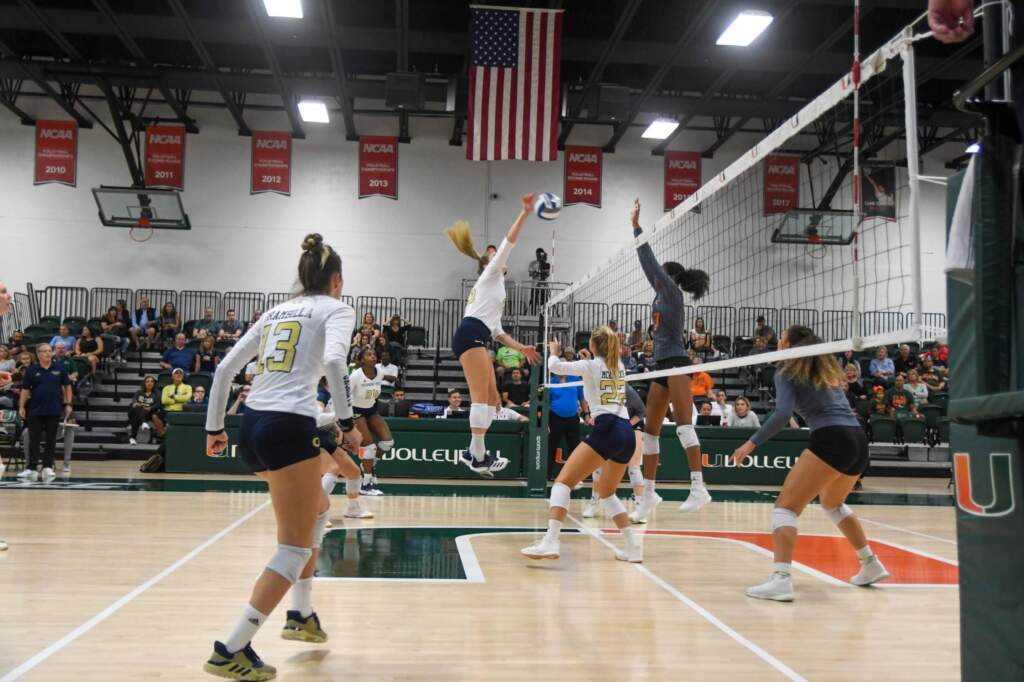 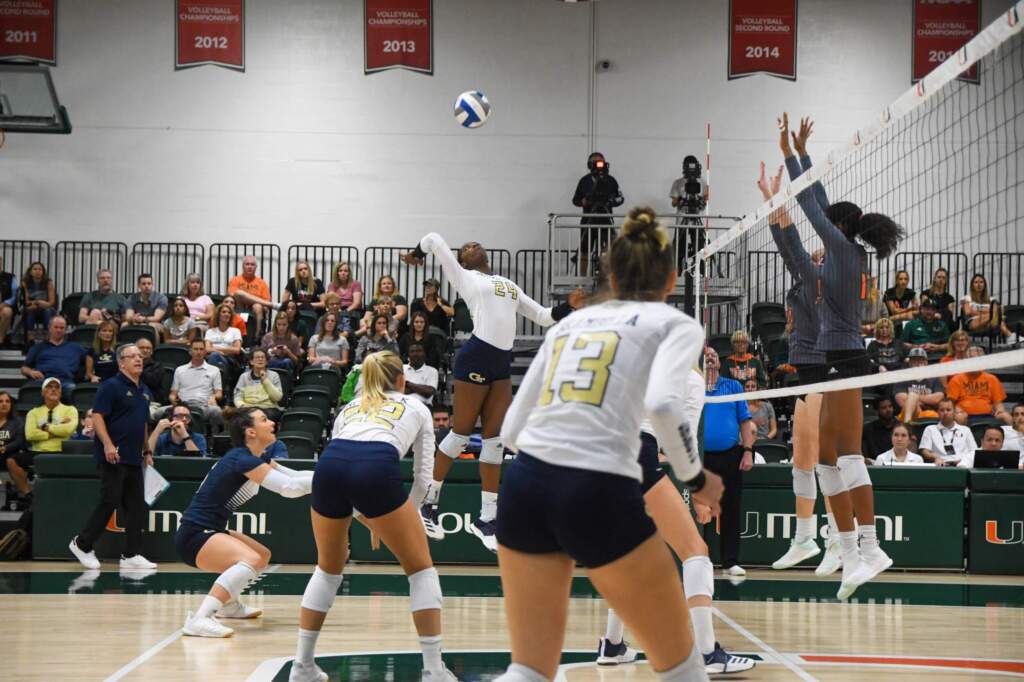 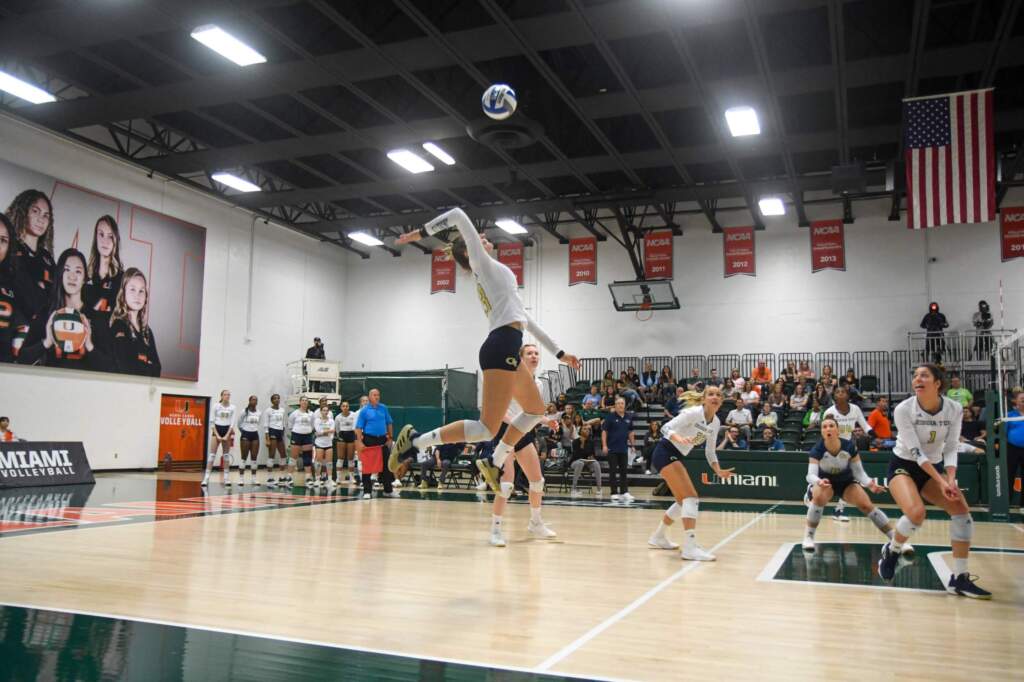 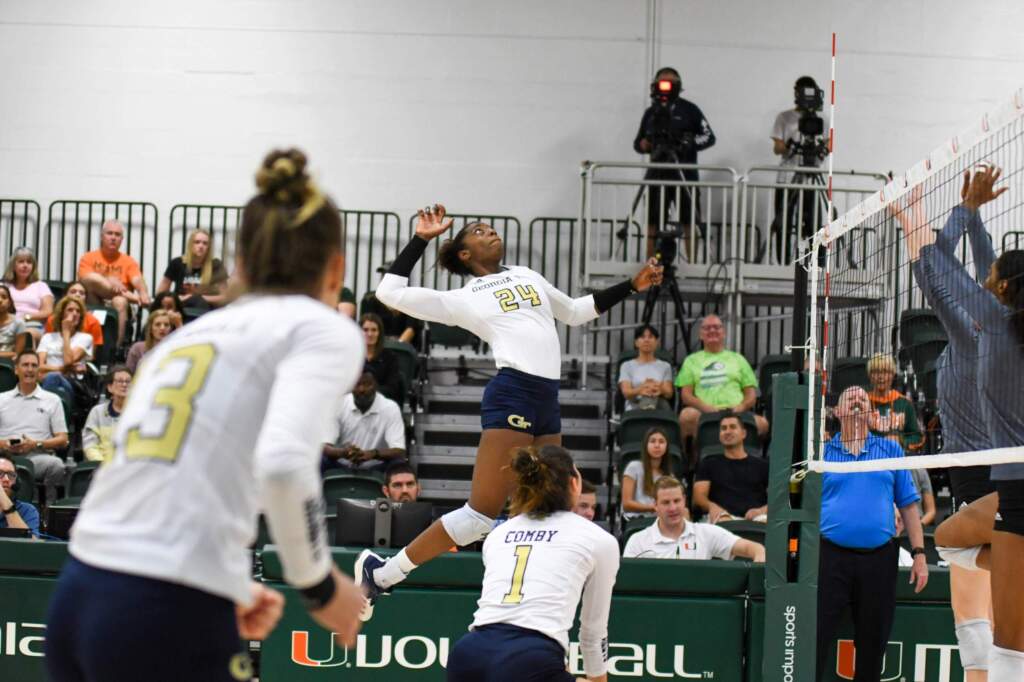 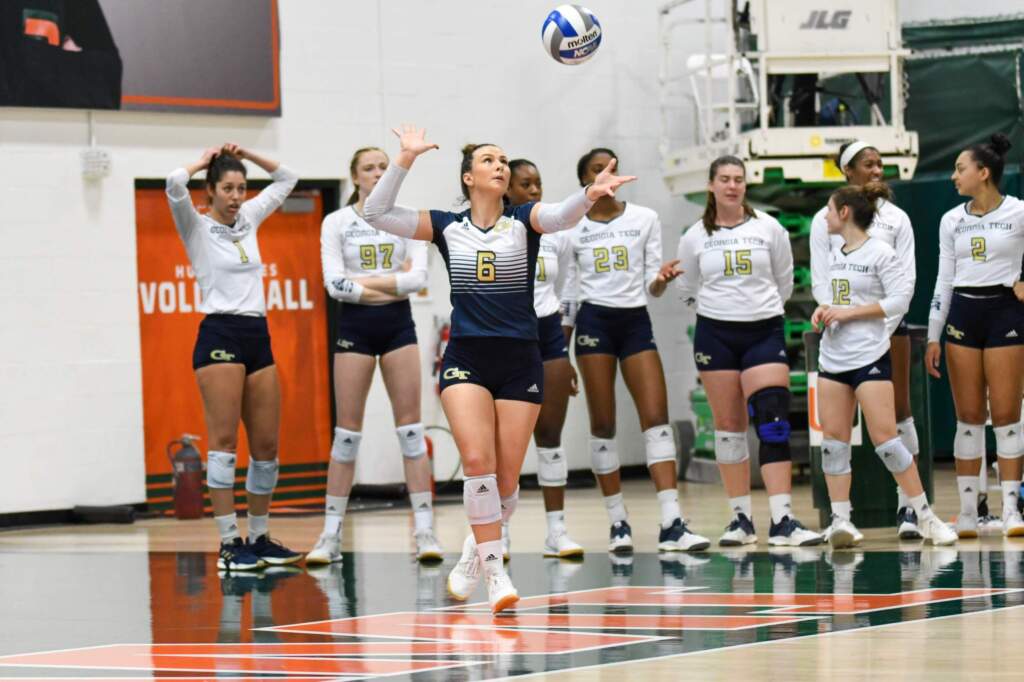 How it happened:
Tech came out of the gate hot, cruising to a 5-0 lead on a kill from sophomore Mariana Brambilla. The Jackets pushed their lead to seven at 10-3 on a kill from senior Kodie Comby but the Hurricanes battled back within two at 13-11. The Jackets moved back out to lead by four on a service ace from sophomore Kayla Kaiser but Miami brought the tally back within one at 18-17 and Tech called timeout. A kill from freshman Julia Bergmann pushed the Jackets lead back to four and Miami called timeout with the score at 22-18. Tech kept after it and secured the first set win at 25-21 on an attack error.

The second set had a closer start but the Jackets found their stride and used Bergmann’s third service ace of the match to lead 11-6 and the Hurricanes called timeout. Tech held its lead, using an attack error to make it 22-15 and Miami signaled for its second timeout.  The Jackets closed out the set at 25-19 with a kill from Brambilla and Tech took the 2-0 lead.

Tech once again took the first real lead, using a block from Comby and sophomore Matti McKissock to lead 10-5 and Miami called timeout. The Hurricanes brought the score within one at 12-11 but the Jackets responded with a kill from Kaiser. Back-to-back kills from sophomore Mikaila Dowd moved the score to 17-13. Tech took set point at 24-18 on a service ace from McKissock and she landed another to hand Tech the sweep at 25-18.