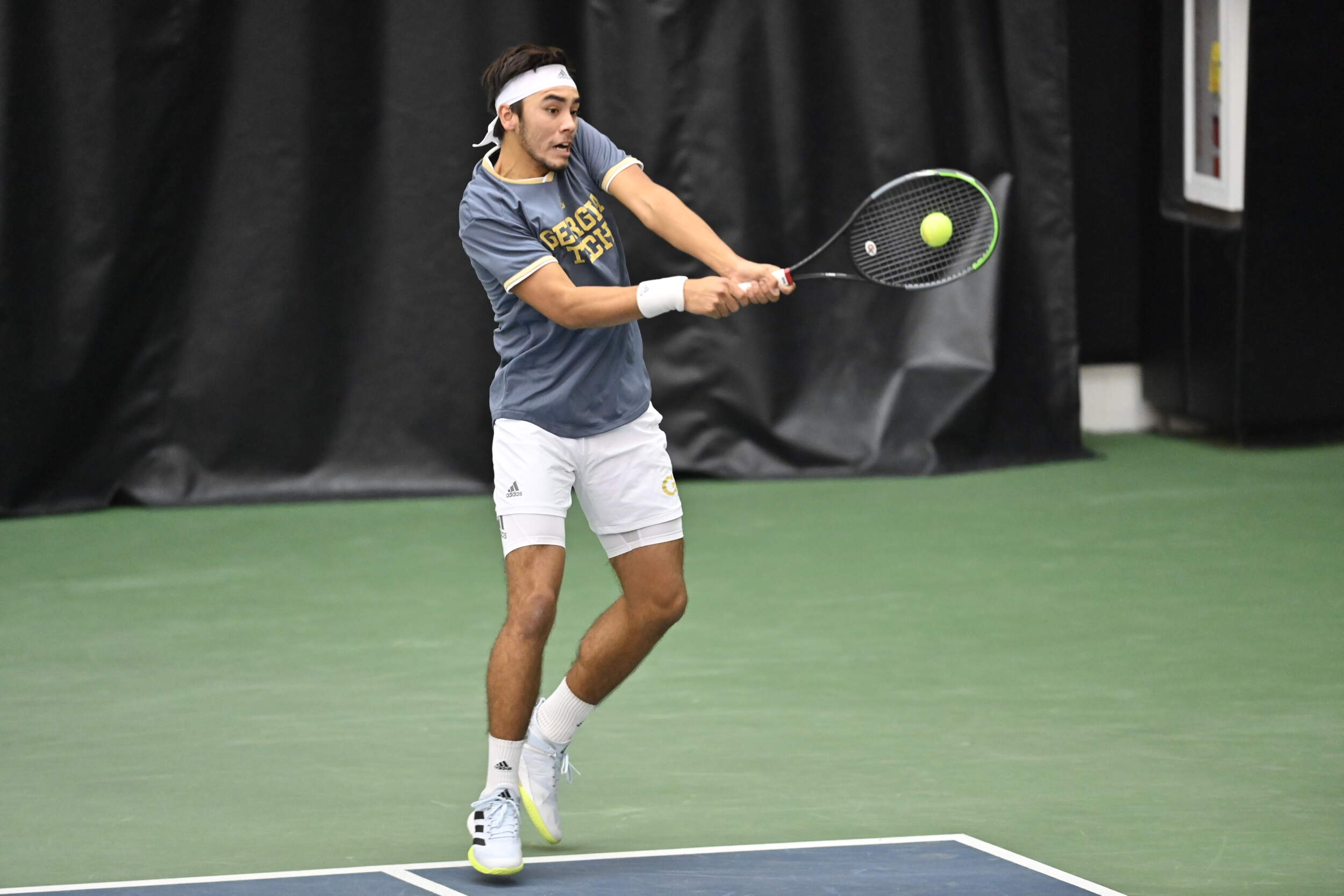 Zummy Bauer and Brandon Freestone picked up their first doubles win together this season, outplaying Jaap Aaldering and Carlos Garcia, 7-5, giving Tech the doubles sweep to start off the afternoon.

In singles the Eagles put up a good fight, but the depth of Tech’s young roster did not lose a single match. No. 59 ranked singles player Andres Martin (def. Roumpis, 6-1, 6-1) and Freestone (def. Garcia, 6-2, 6-0) made light work of courts one and six to kick off the afternoon’s singles session. 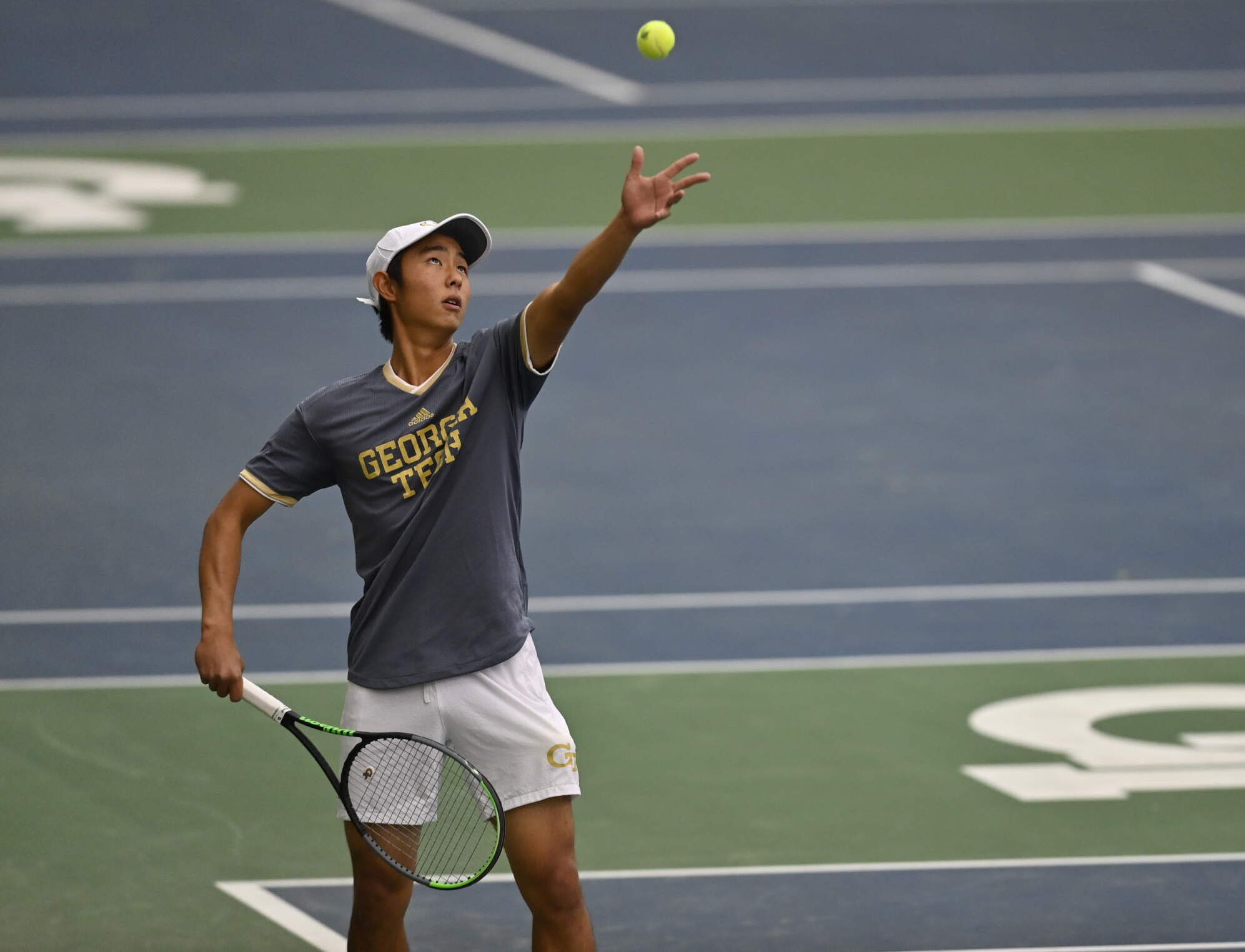 Schelcher (def. McCullough, 6-4, 6-3) and McKinney (def. Morales, 6-2, 7-6(3)) both secured wins in just two sets. McKinney has yet to lose a doubles or singles match through the first two days of the MLK Invite.

To cap off the evening Keshav Chopra fought back in a gritty victory against Wagemaker in the on court two. After falling in the first set, 3-6, Chopra answered back in a 7-6(4) display in the second. During the final set Chopra was able to push past Wagemaker in a 6-3 performance that completed the sweep on the day for the Yellow Jackets. 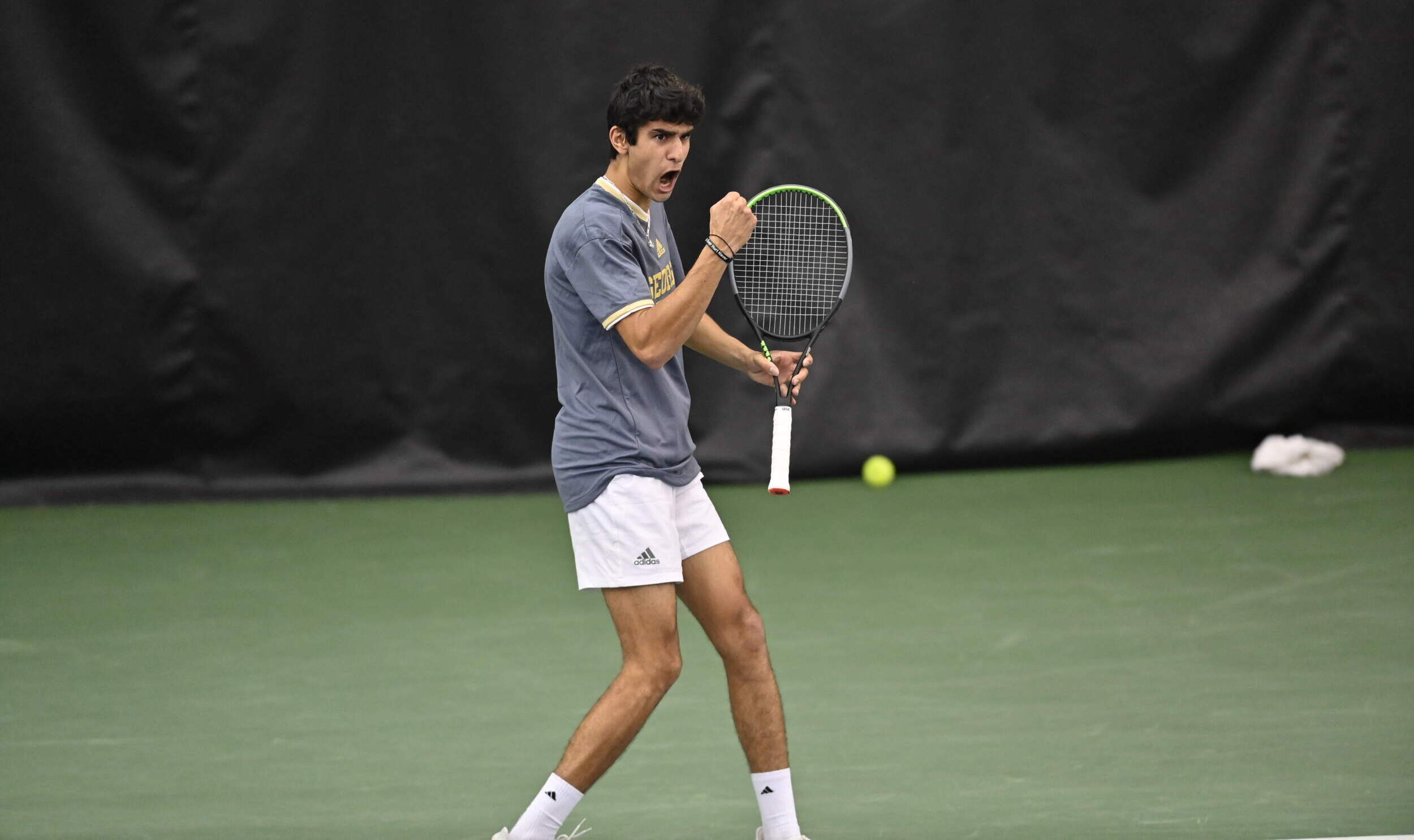