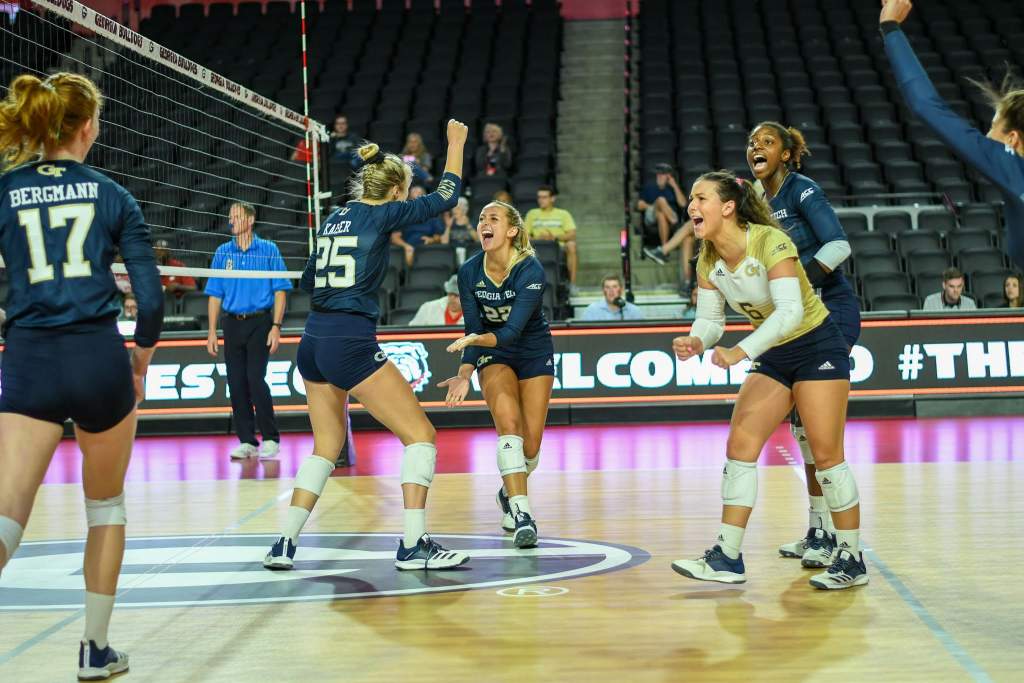 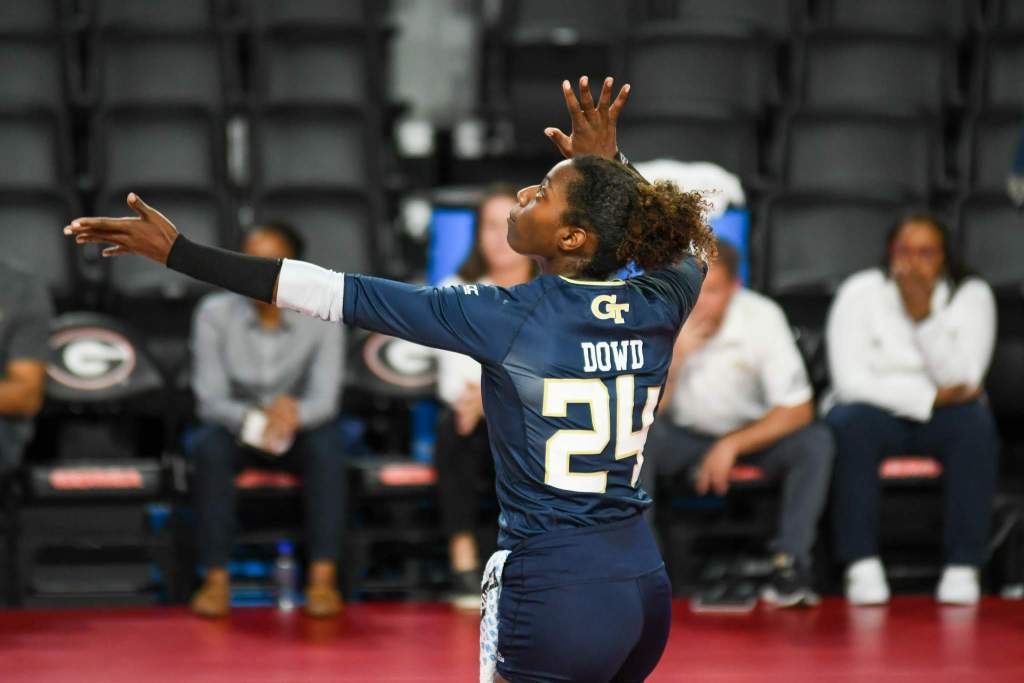 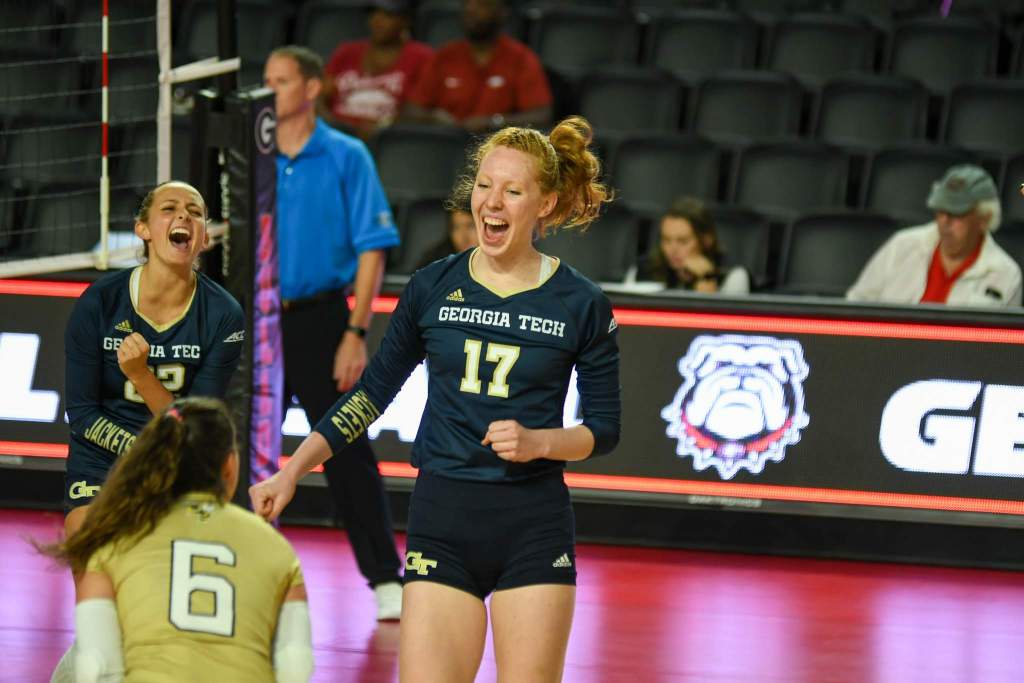 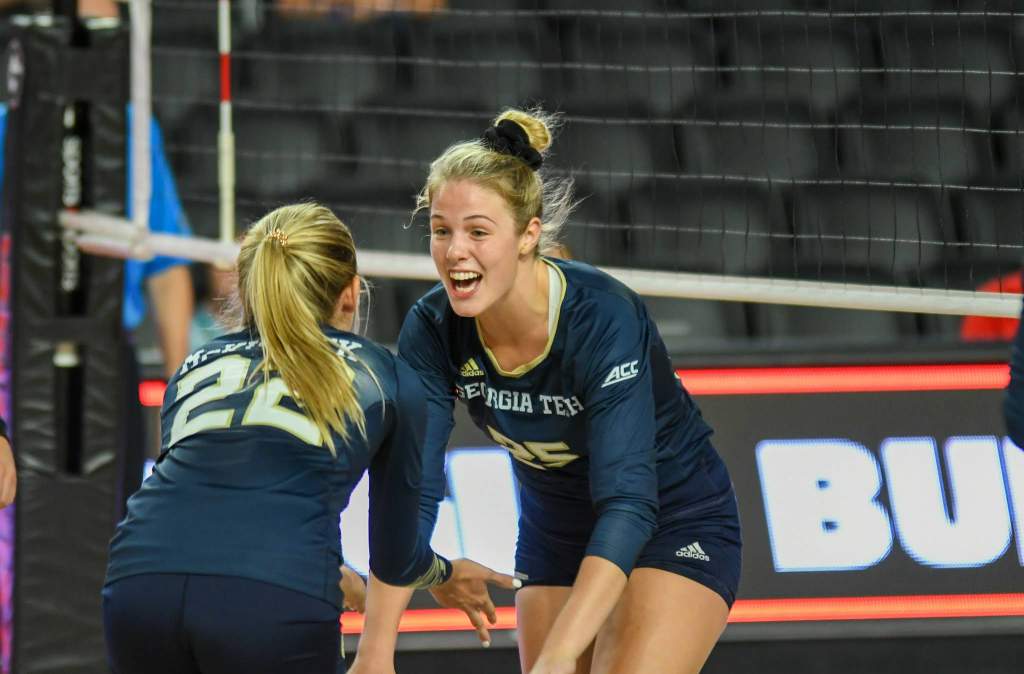 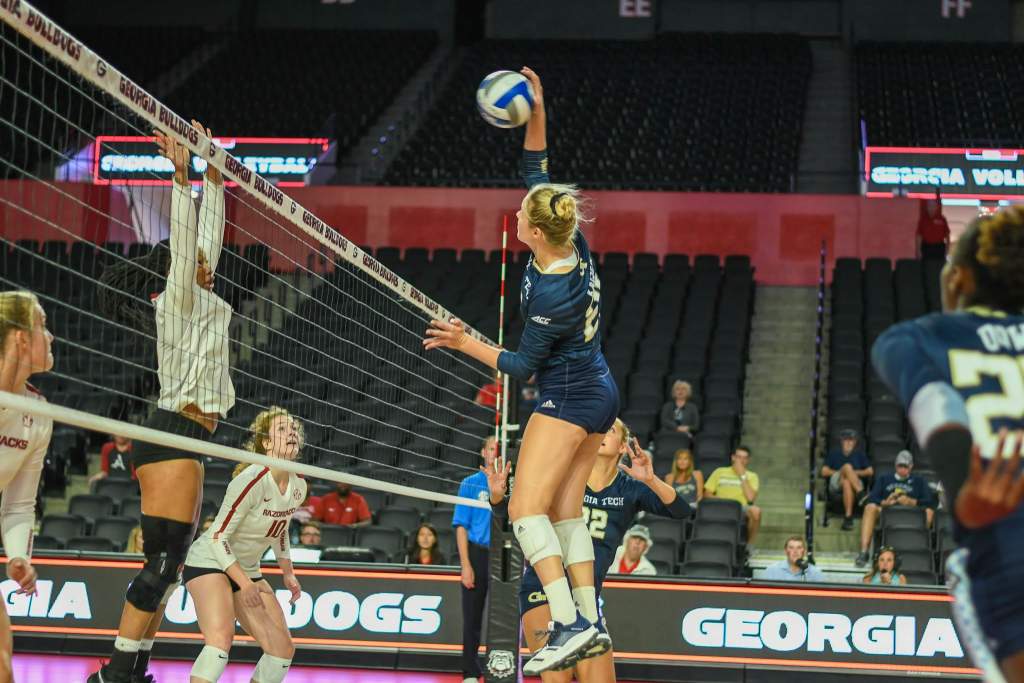 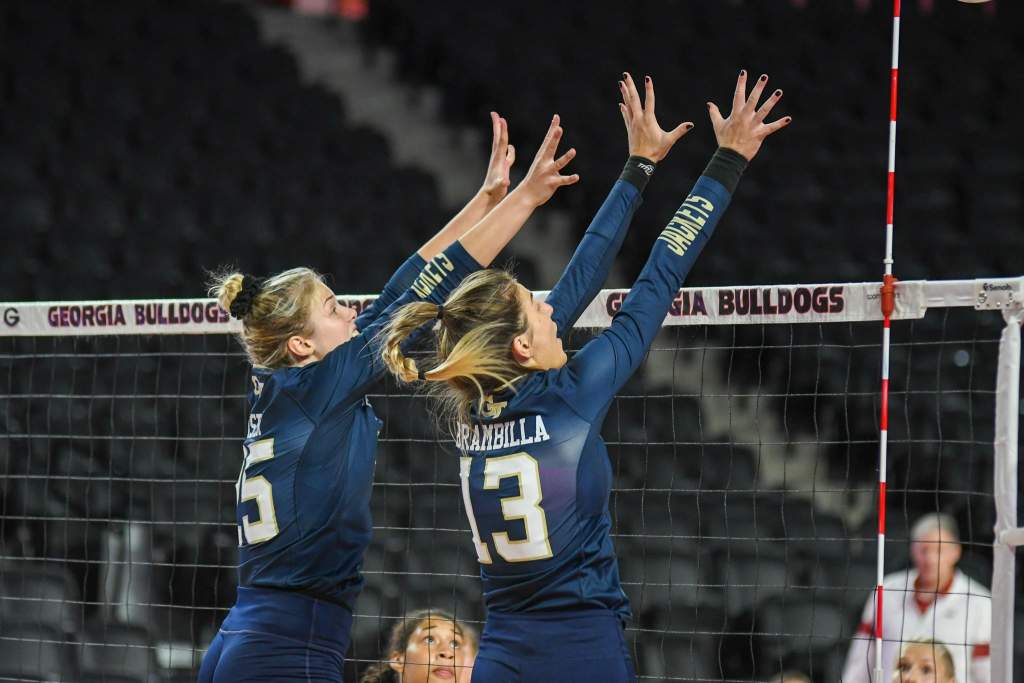 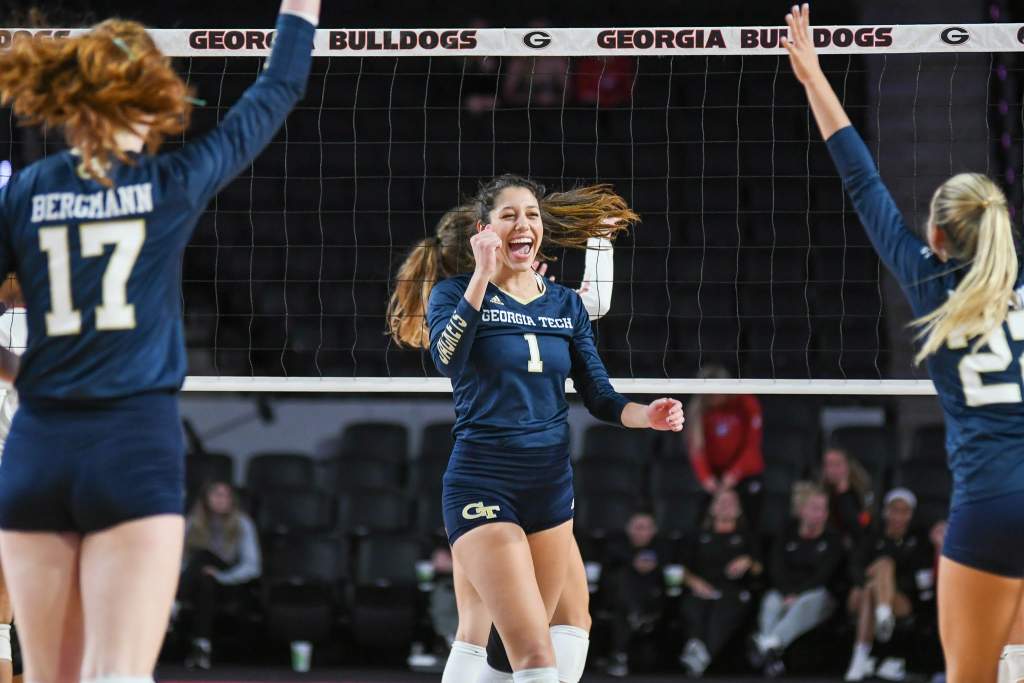 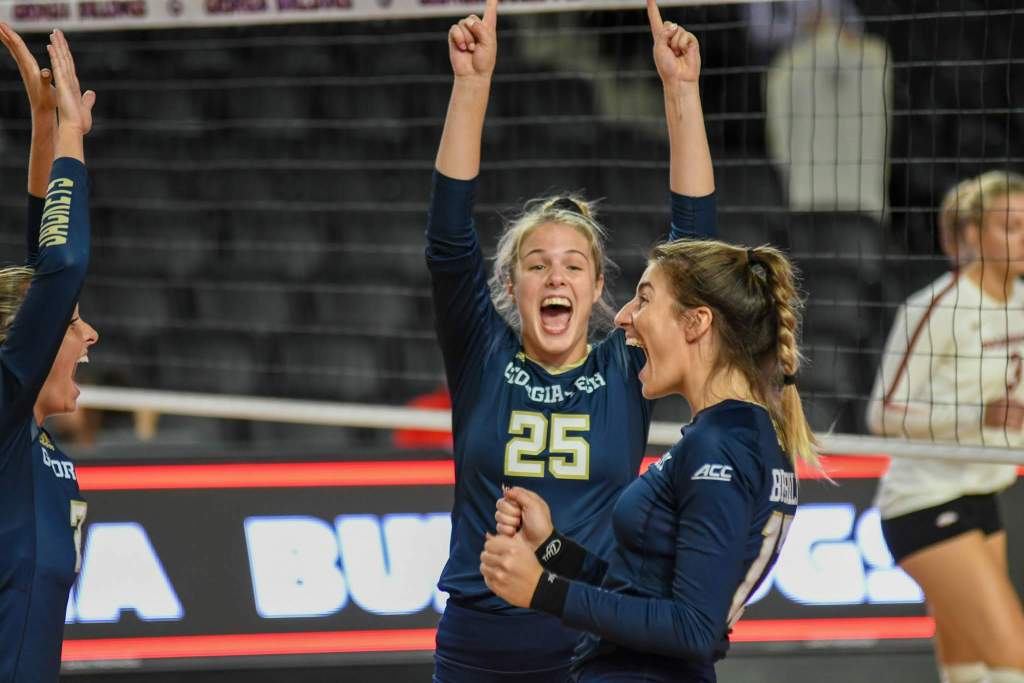 How it happened:
The Jackets came out fired up, taking a 15-10 lead off a block from sophomores Mariana Brambilla and Kayla Kaiser. Freshman Julia Bergmann served up back-to-back services aces, to match her career high with four, and the Razorbacks called a timeout with the Jackets up 17-10. Tech didn’t let up, easily pocketing the set at 25-16 on a kill from Bergmann.

The second set was a closer start but Tech took the early lead, taking a three-point edge on a kill from senior Kodie Comby to lead 15-12 at the media timeout. The Jackets took a 5-1 run to lead 20-13 on a kill from Bergmann to cement its lead. A kill from Brambilla sealed the set for Tech at 25-16 to give the Jackets the 2-0 lead.

Up next:
The Jackets get ready for some Clean, Old-Fashioned Hate in Athens on Friday night with a 7 p.m. matchup against Georgia on SEC+.