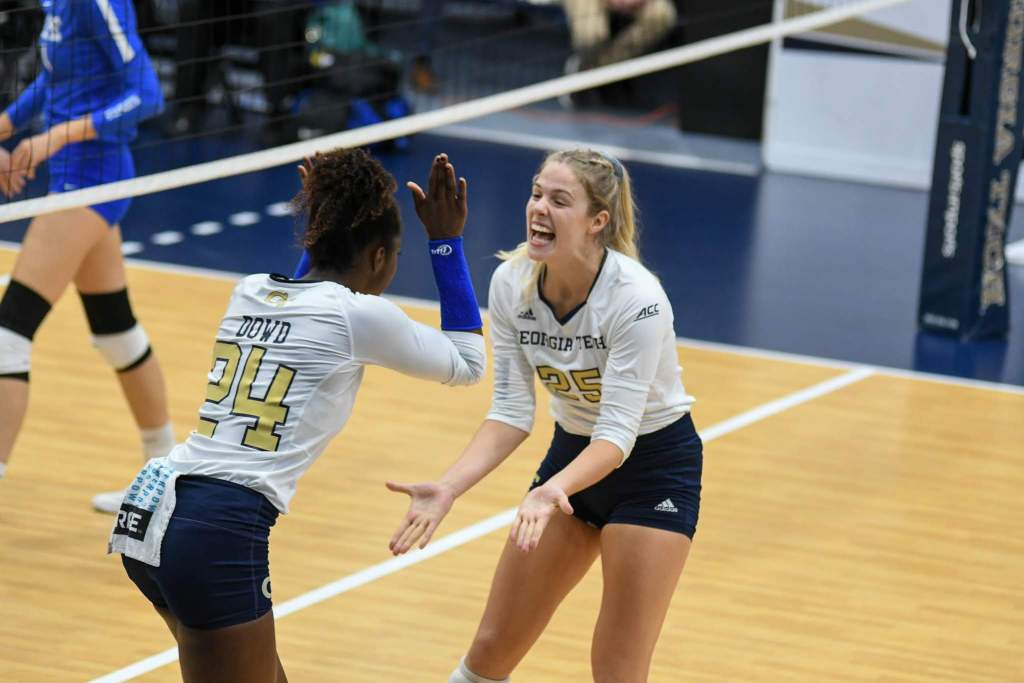 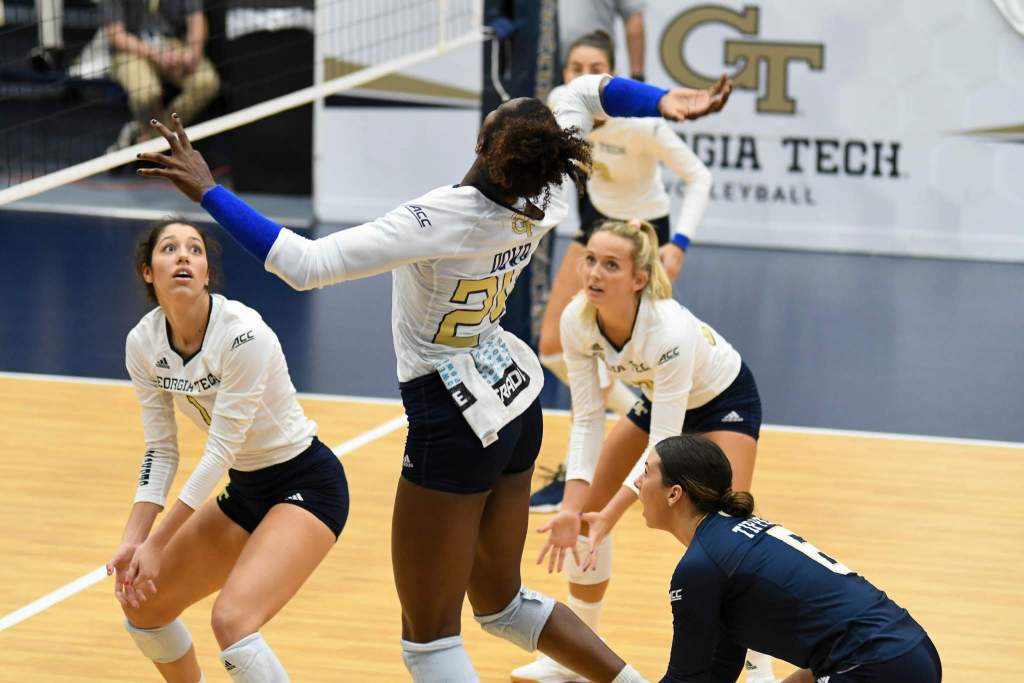 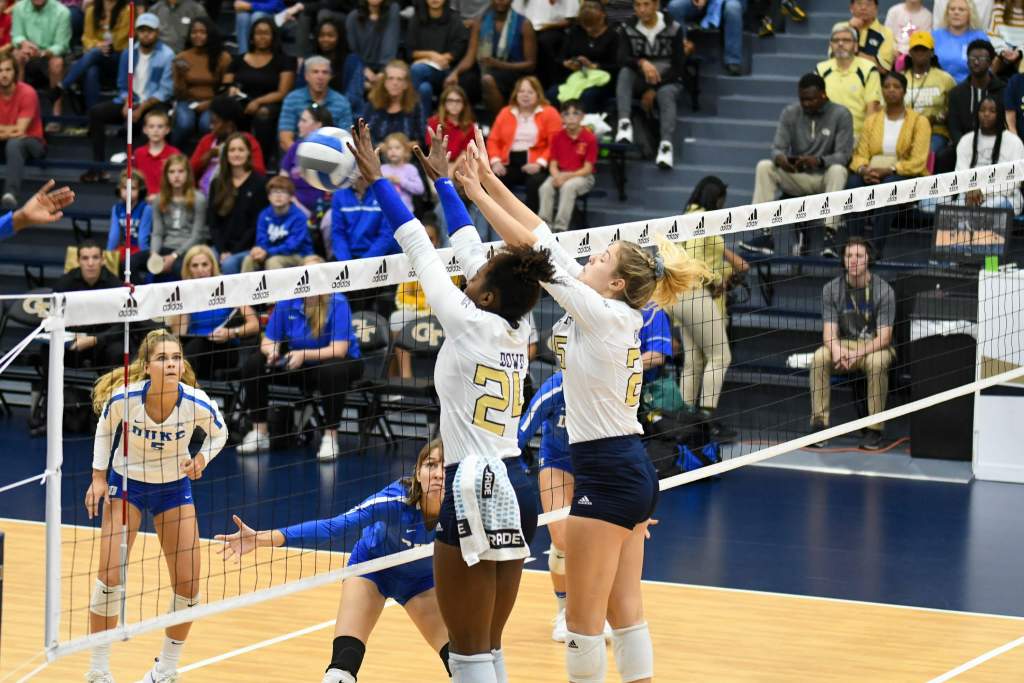 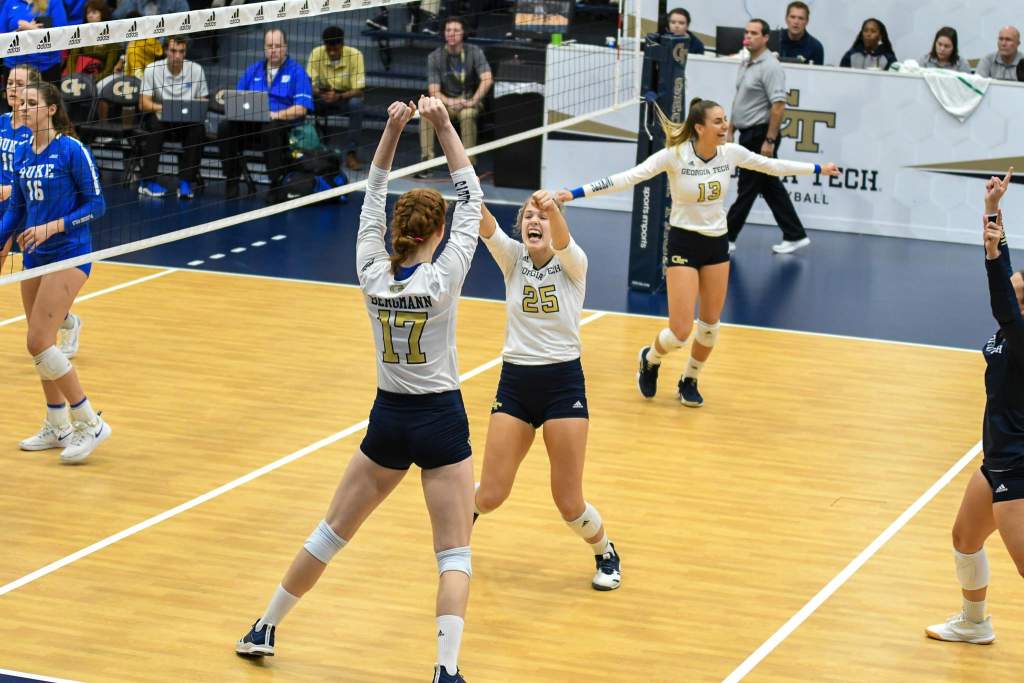 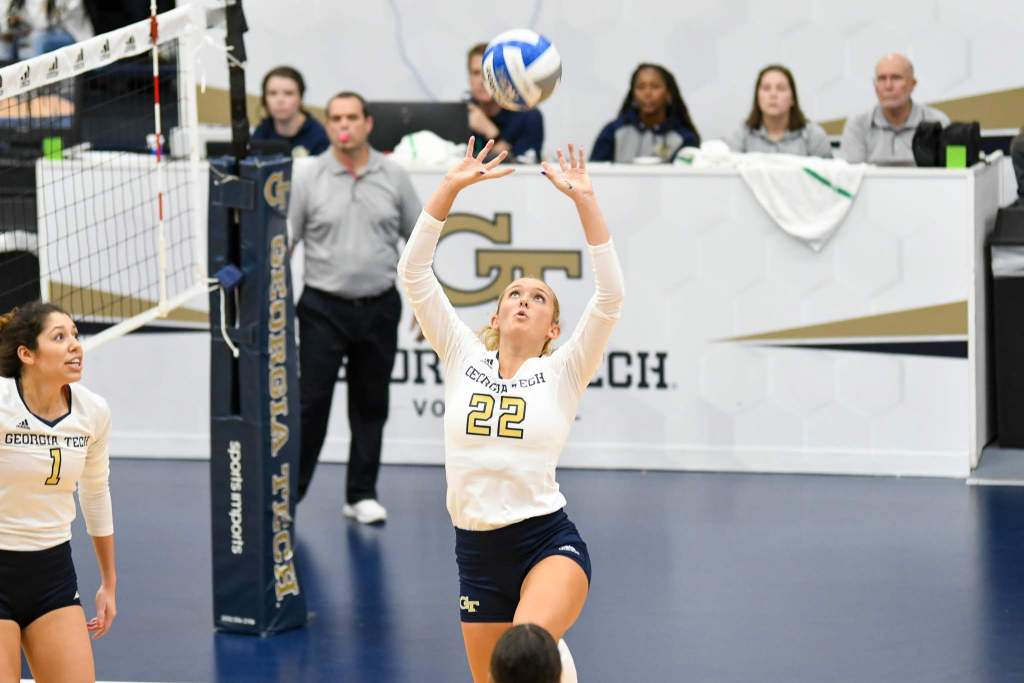 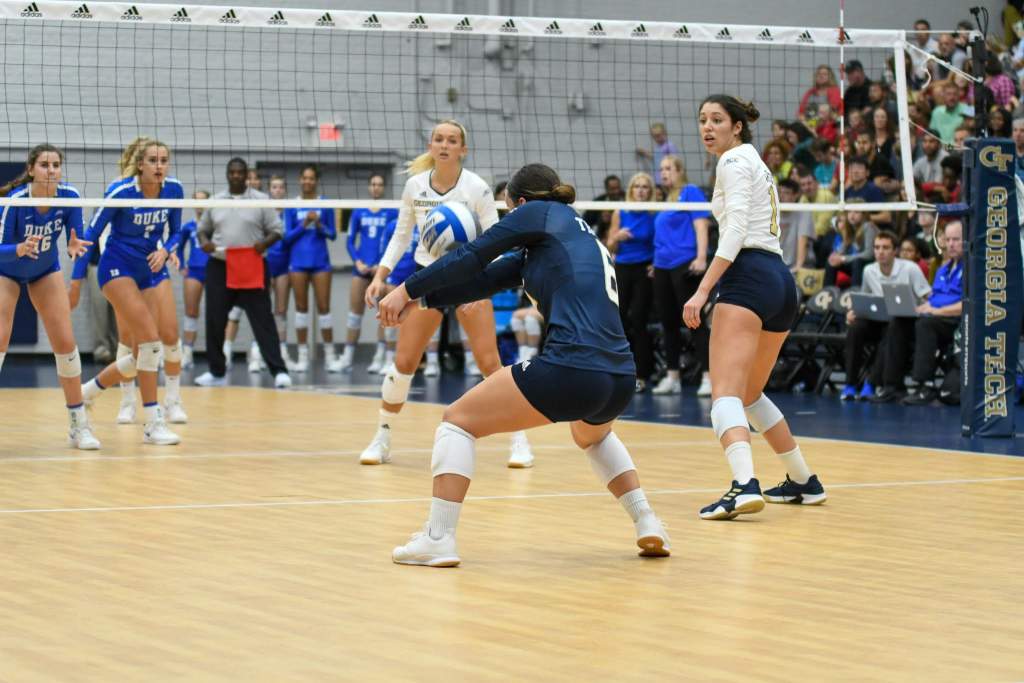 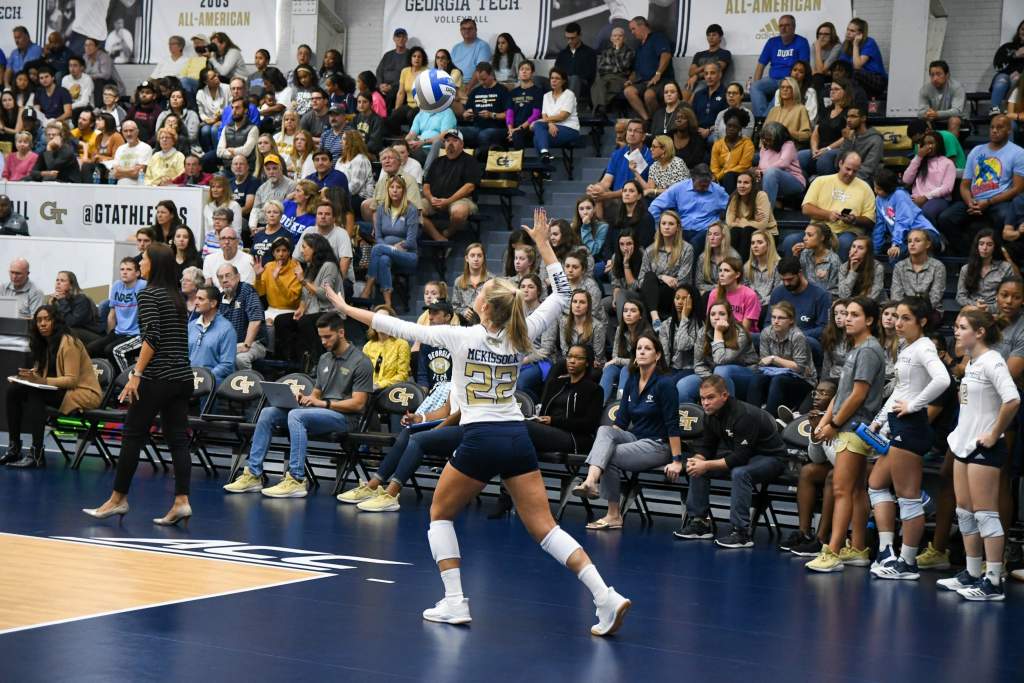 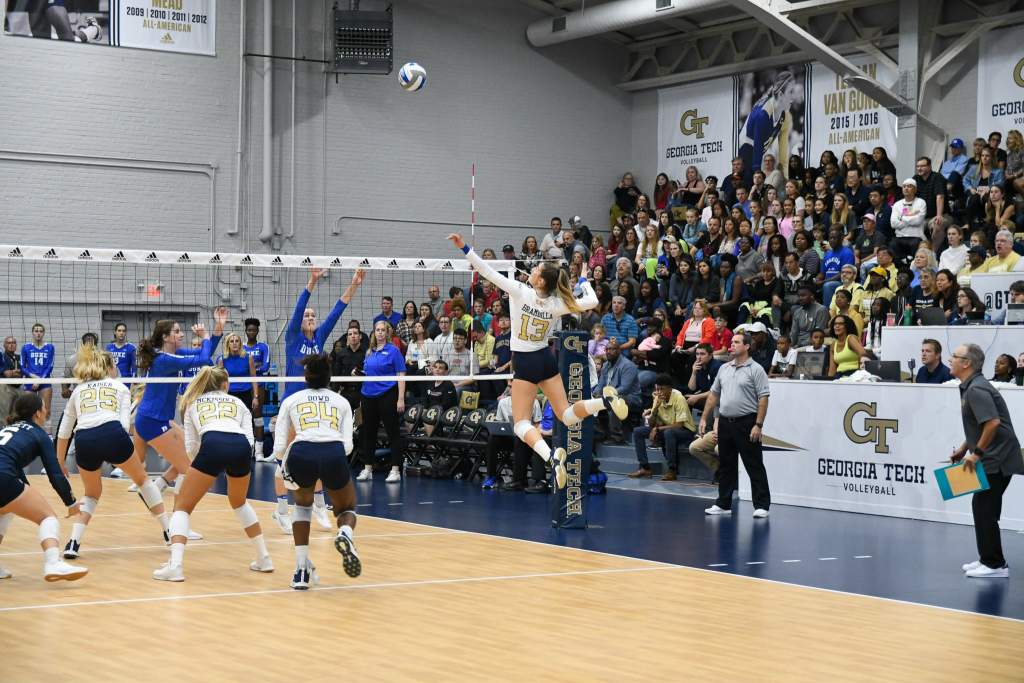 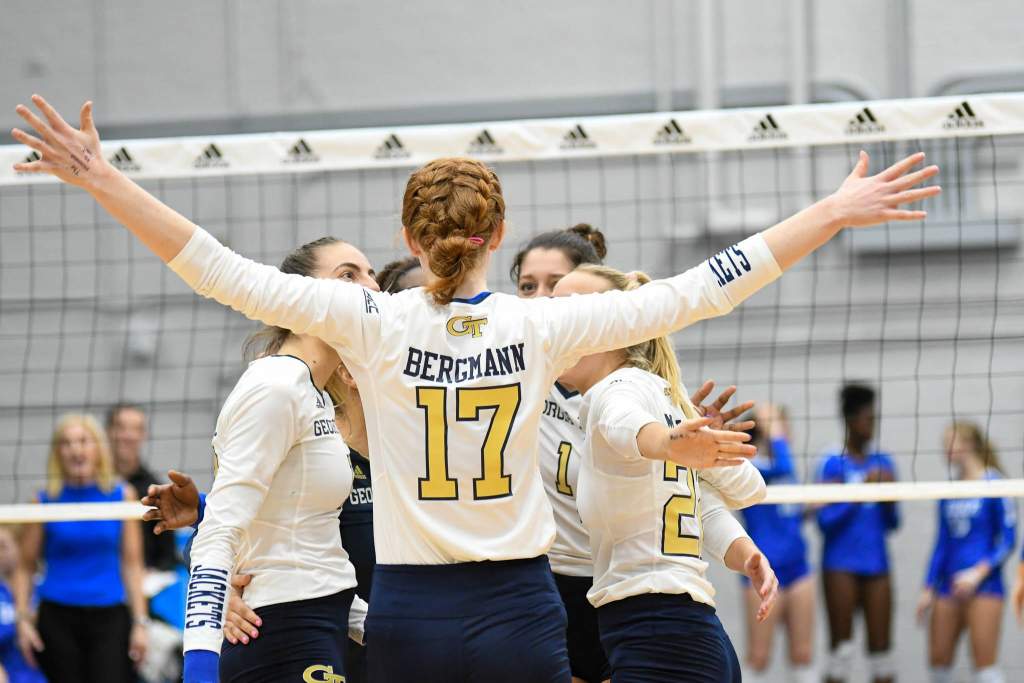 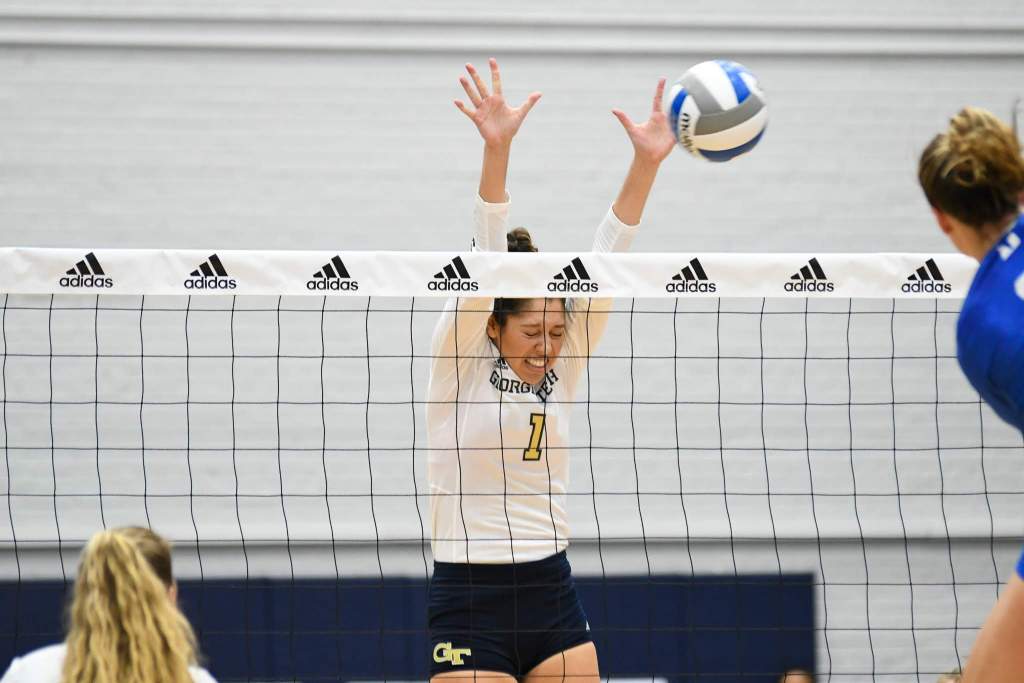 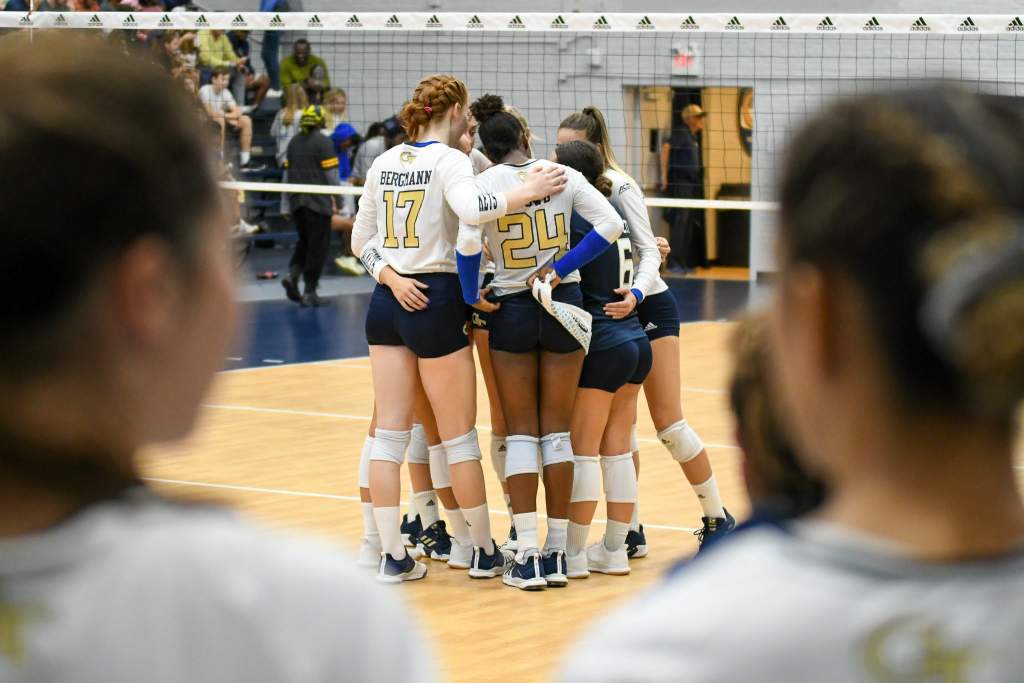 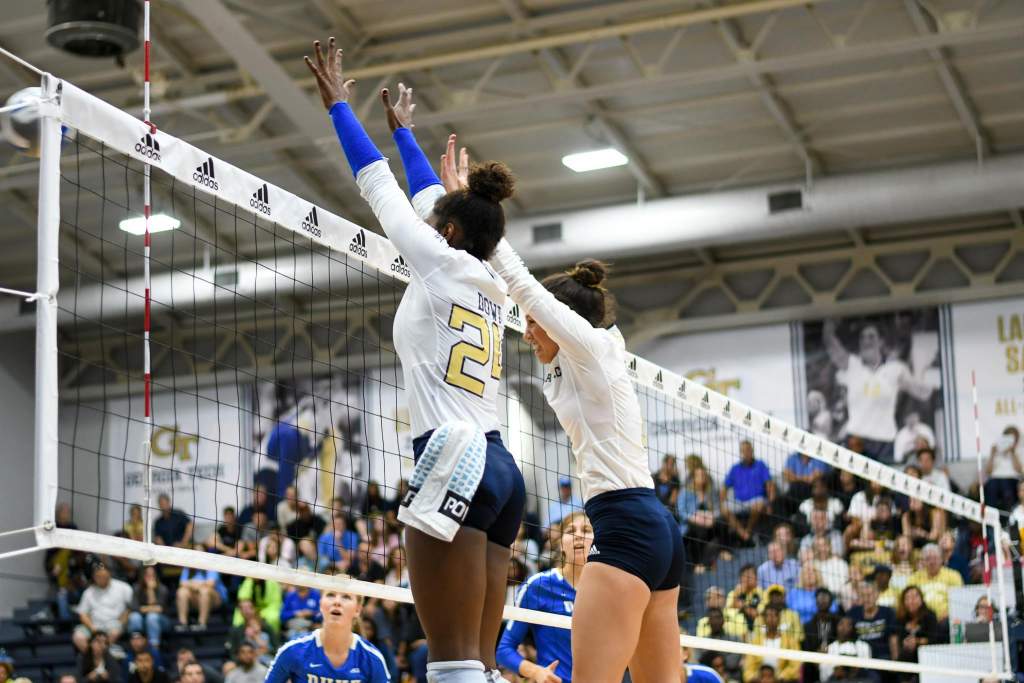 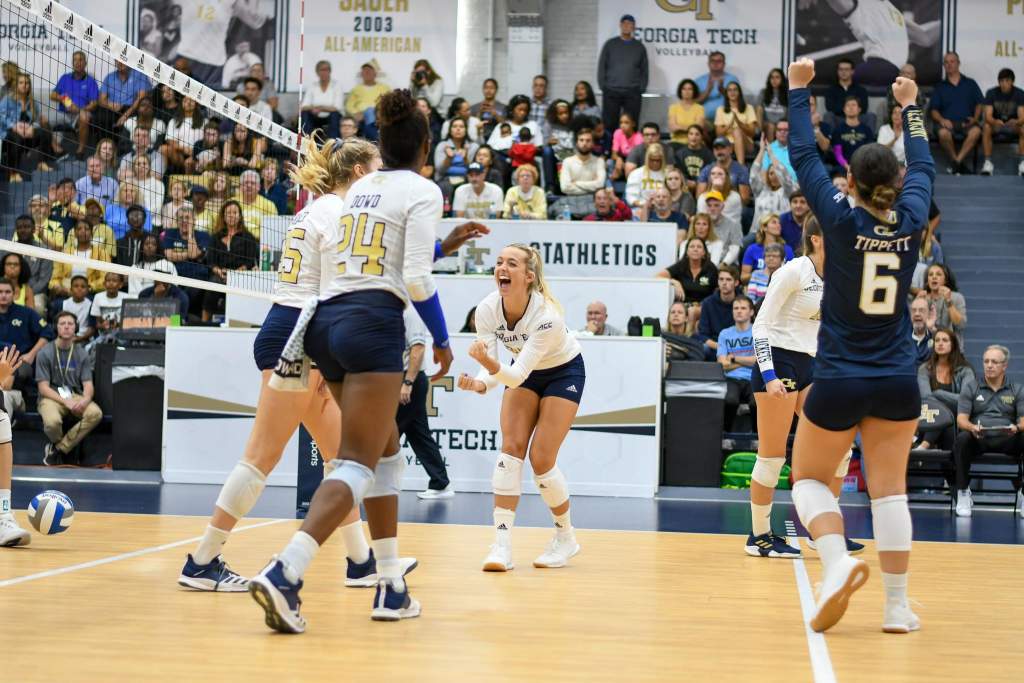 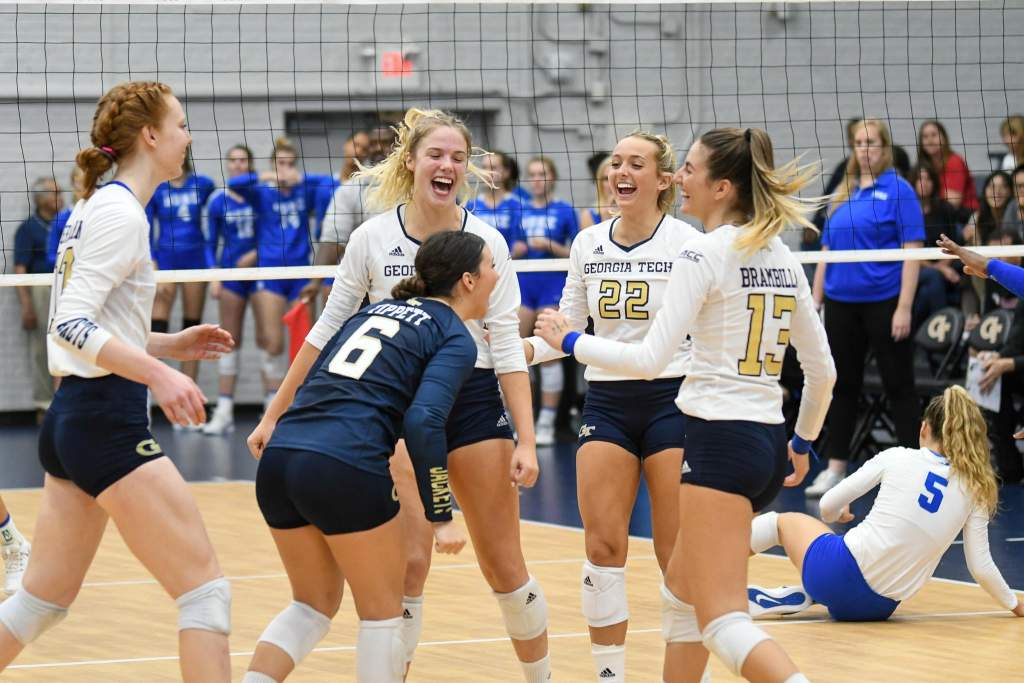 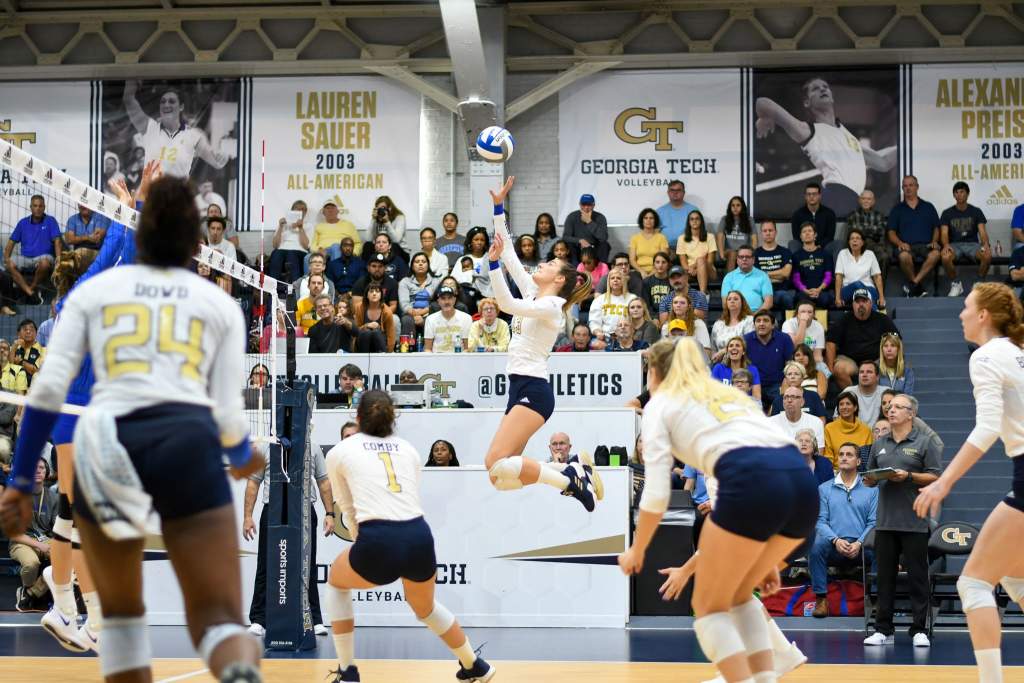 How it happened:
The Jackets grabbed the early lead in the first set at 6-3 on a kill from senior Kodie Comby but the Blue Devils kept it close. The Jackets led 15-13 to force the media timeout on a kill from sophomore Mariana Brambilla. Tech took three-straight points coming out of the media timeout and a kill from sophomore Mikaila Dowd moved the tally to 18-13 and Duke called for a timeout. Sophomore Kayla Kaiser knocked down back-to-back kills to push Tech’s lead to 21-14 and the Blue Devils called their second timeout. The set belonged to the Jackets from there, allowing four more points before winning their 10th-straight set at 25-18.

The second set was another close start but the Jackets inched ahead to lead 15-10 on a solo block from Comby. Comby’s block sparked a 6-0 run for the White and Gold and Duke called a timeout with the score at 20-10. Tech just kept rolling and a service ace from sophomore Matti McKissock sealed the set at 25-15 for the 2-0 lead.

The Jackets carried the momentum into the third set, using a 6-0 run with sophomore Maddie Tippett at the service line to climb to a 13-5 lead on a block from Kaiser and McKissock, and Duke signaled for a timeout. Tech extended its run to 9-0 and the Jackets held a comfortable lead at 16-5. The Blue Devils finally put a few points on the board but a huge kill from Dowd put Tech ahead 19-8 and Duke called its second timeout. Duke found some fight but the set already belonged to the Jackets and they secured its fourth-straight sweep at 25-13 on a kill from freshman Julia Bergmann

Up next:
The Jackets are home again on Friday, Oct. 25, hosting Florida State in O’Keefe Gymnasium for a 7 p.m. first serve on ACCNX.