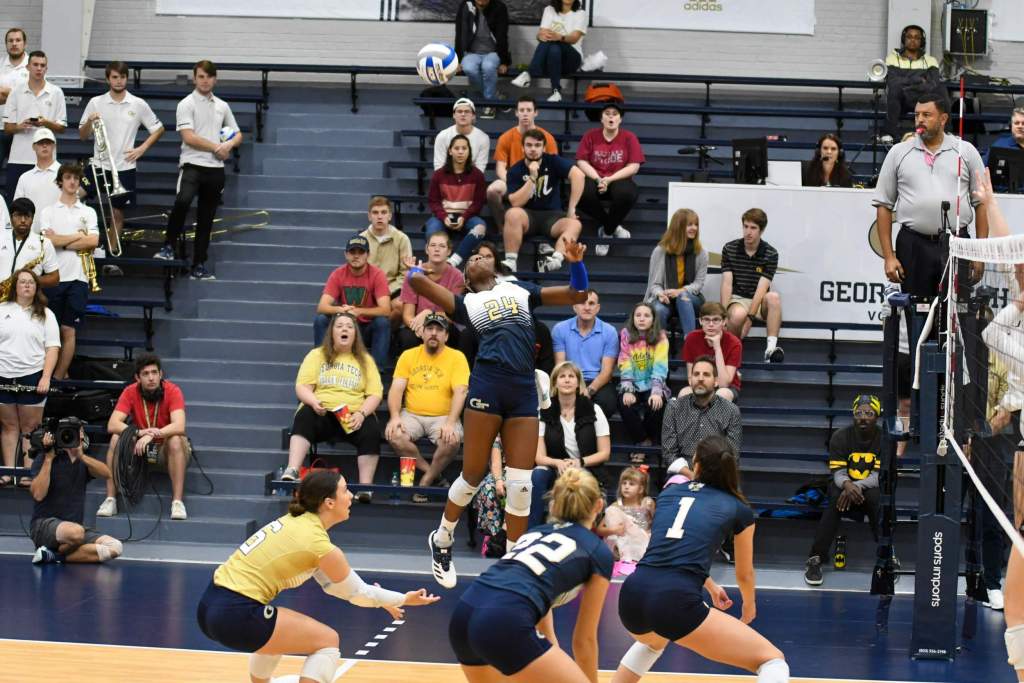 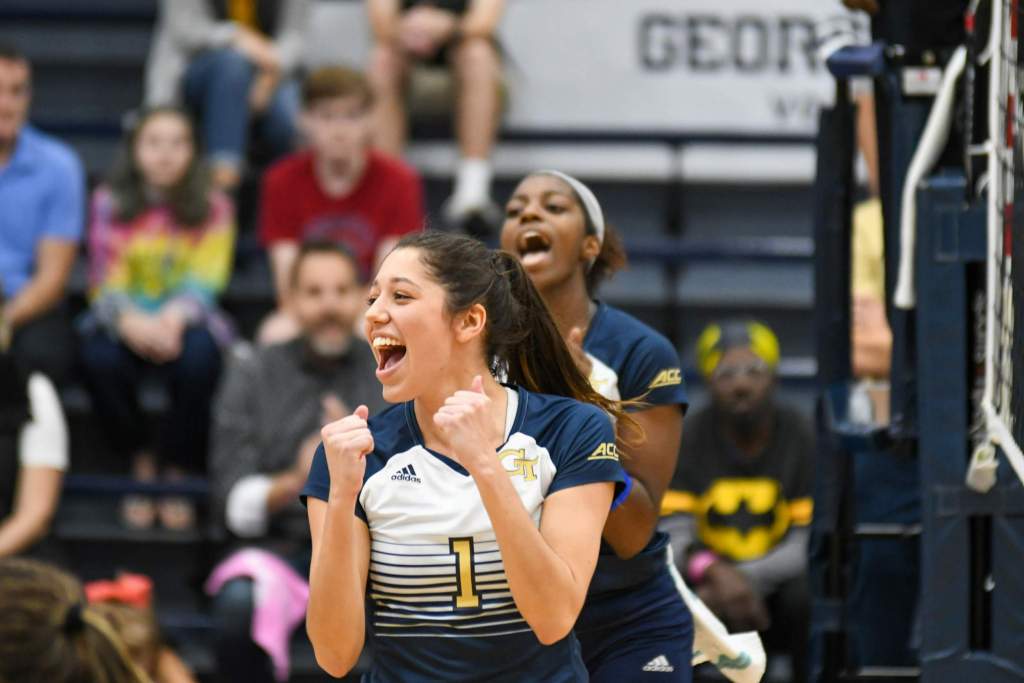 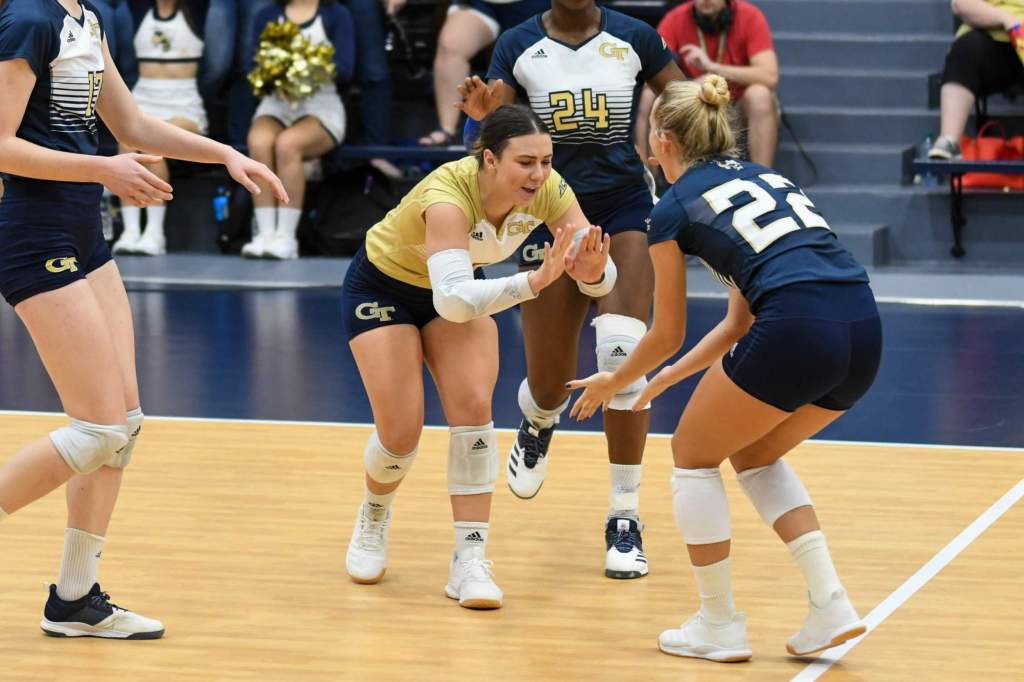 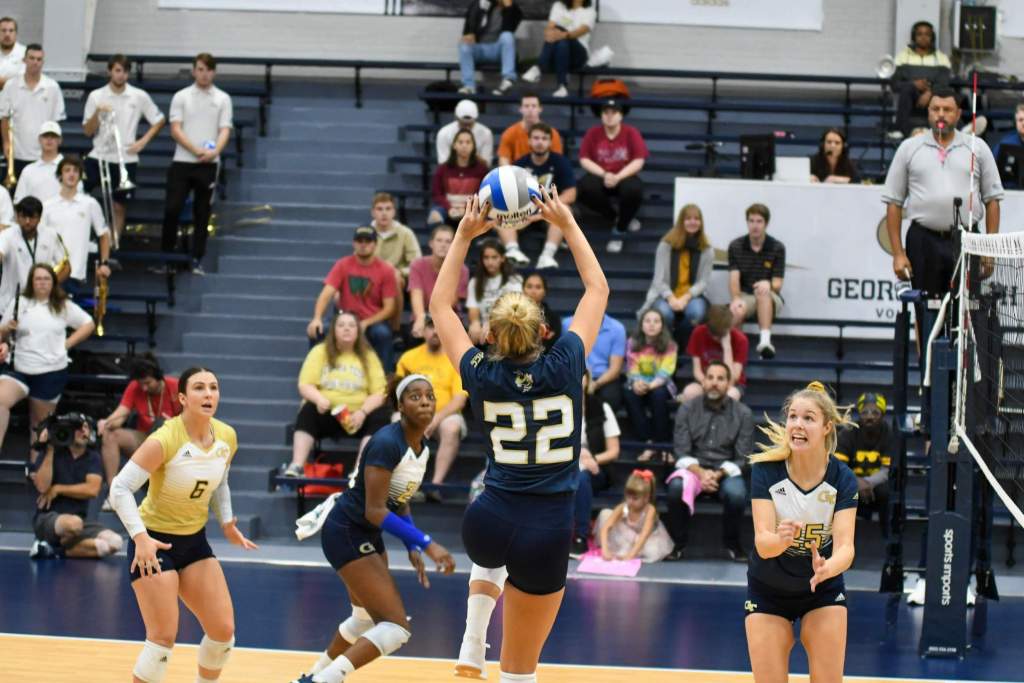 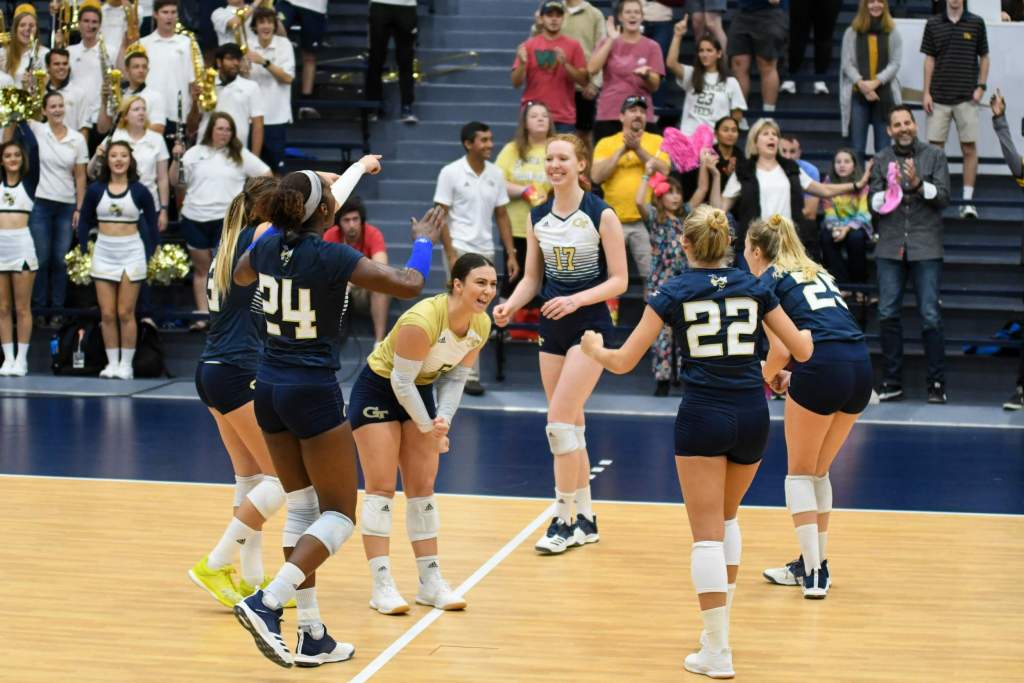 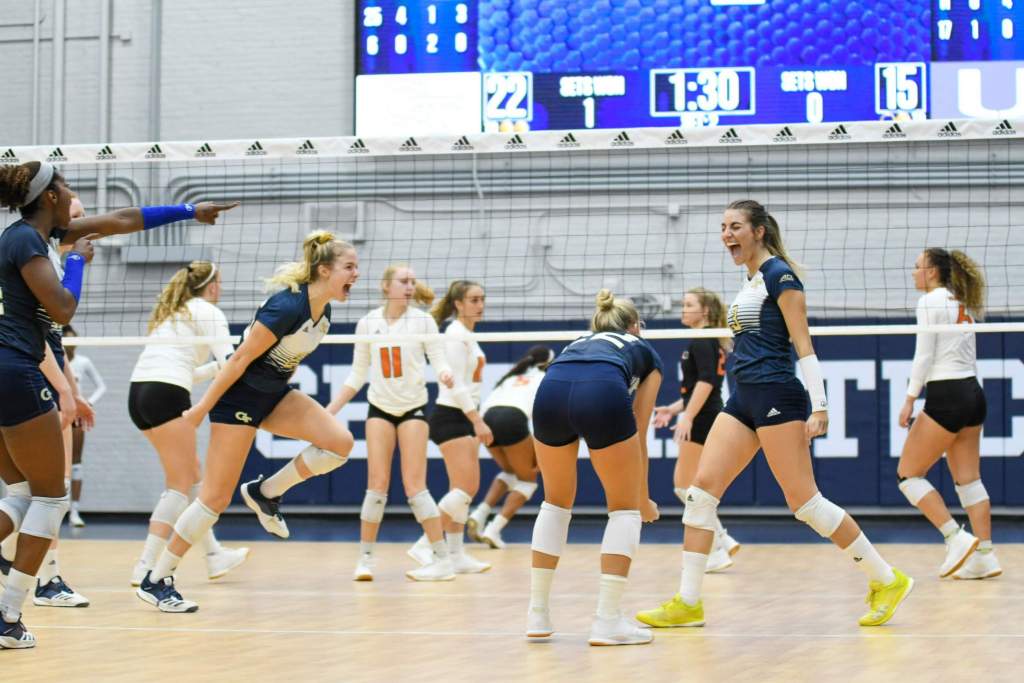 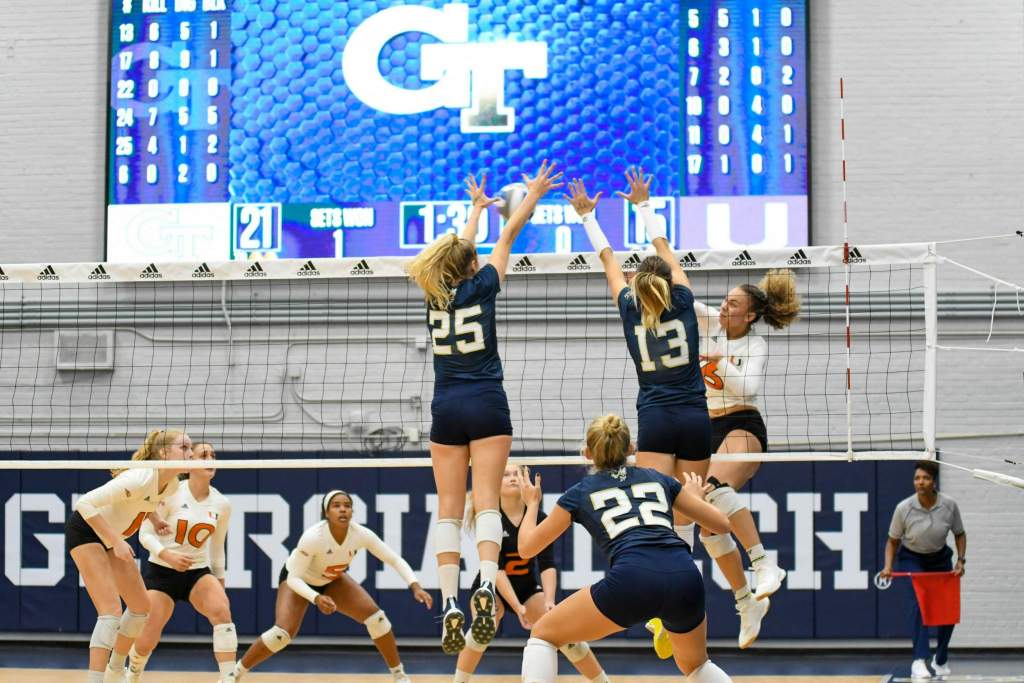 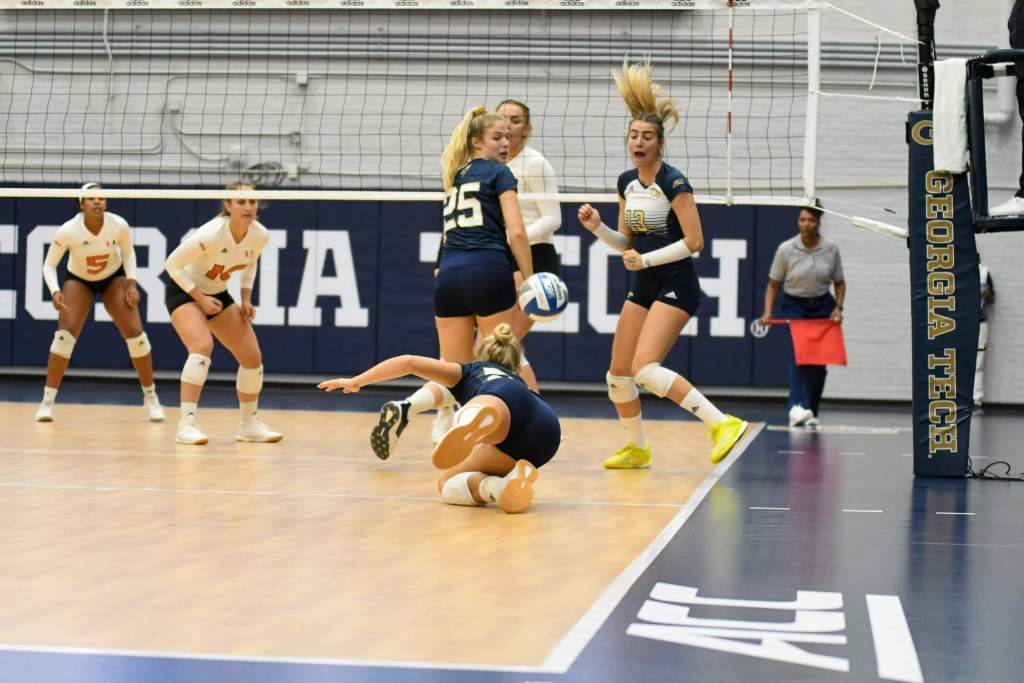 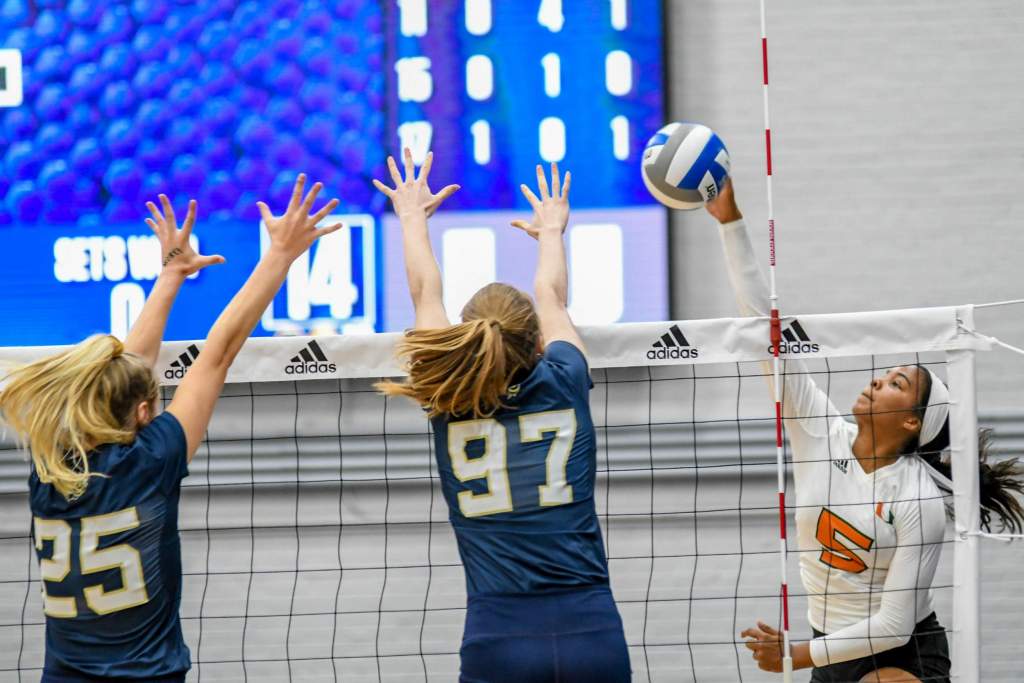 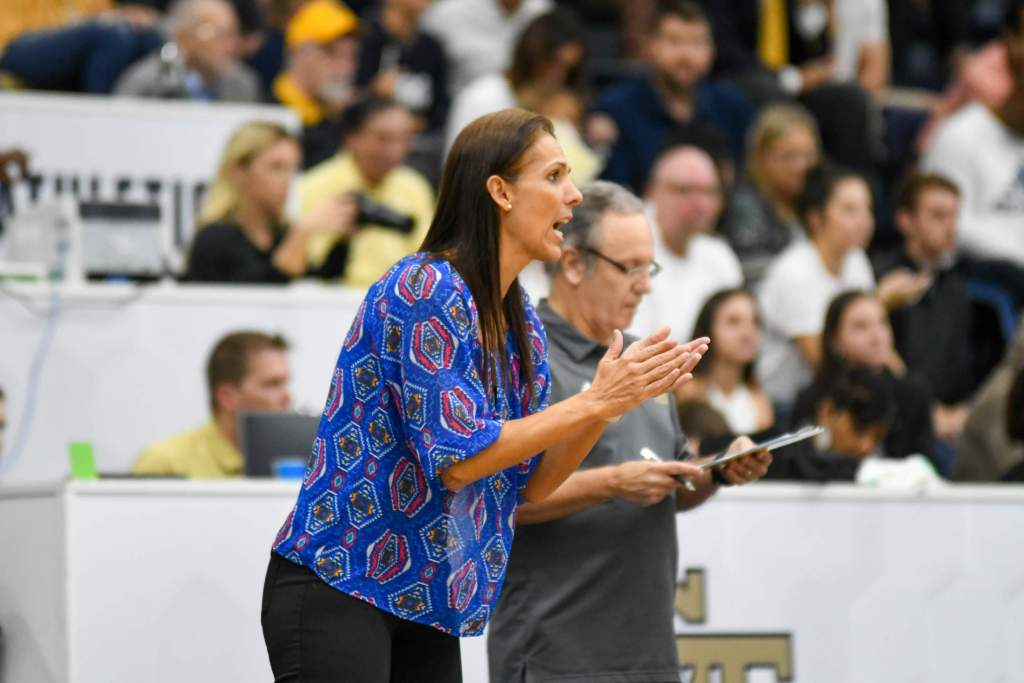 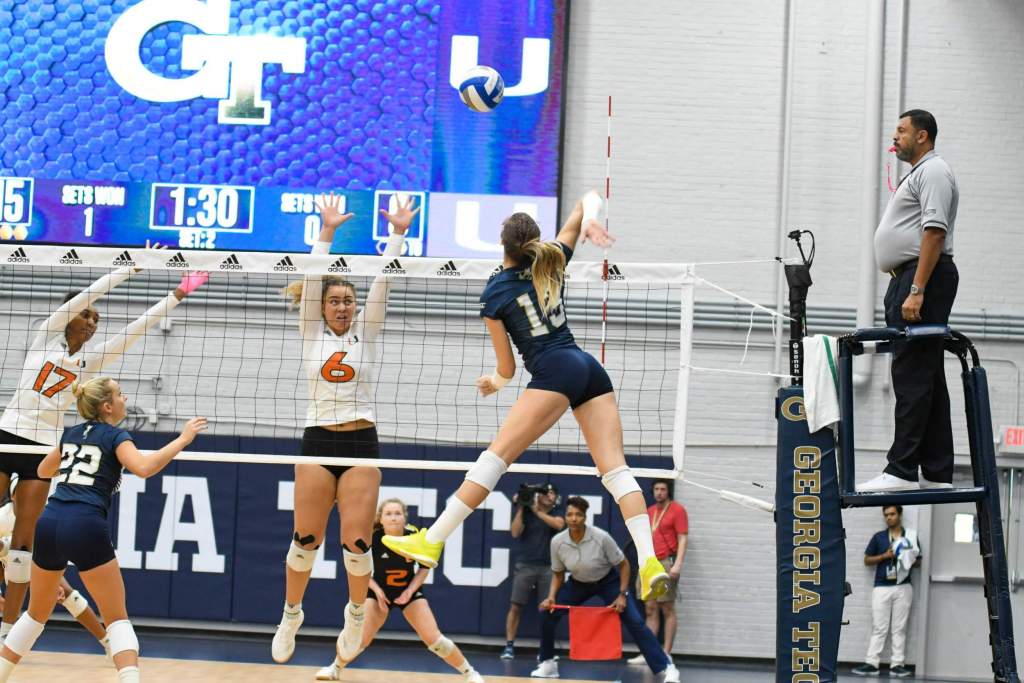 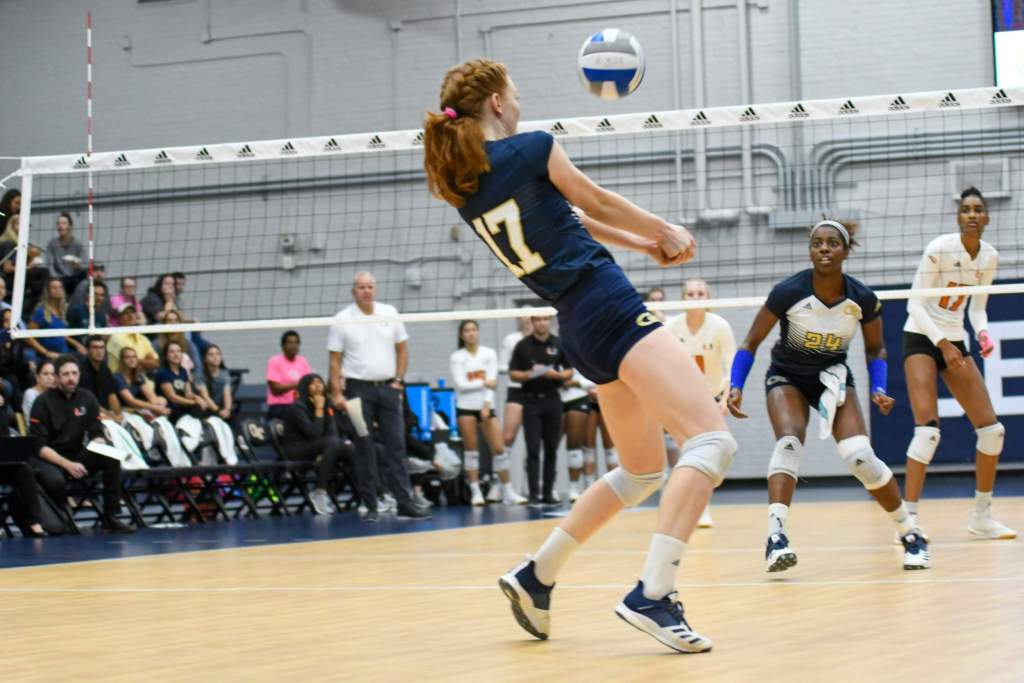 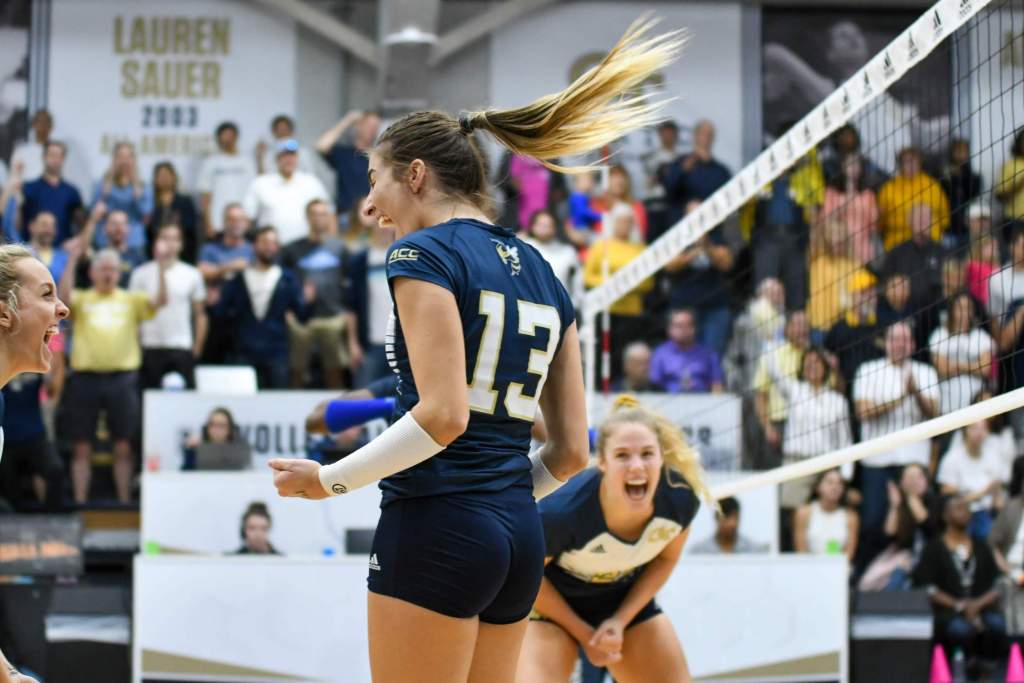 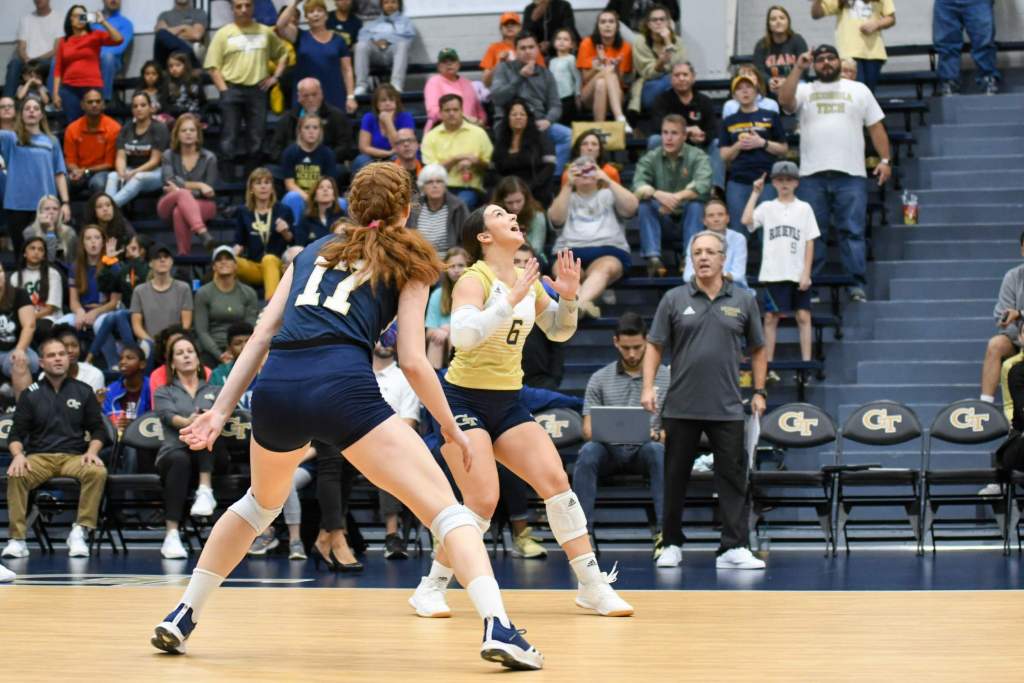 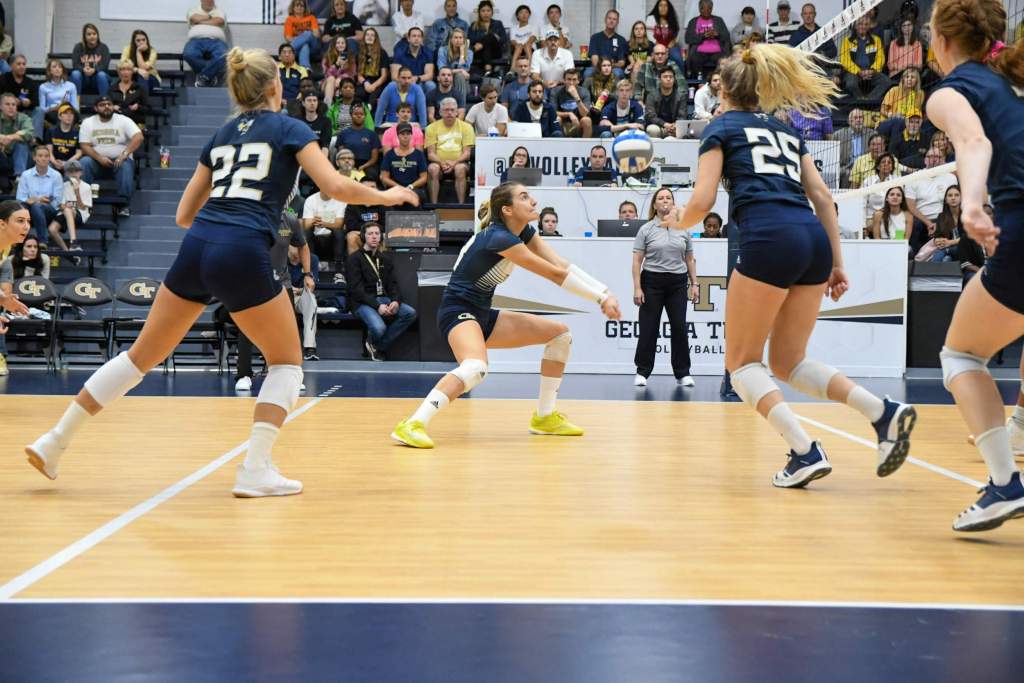 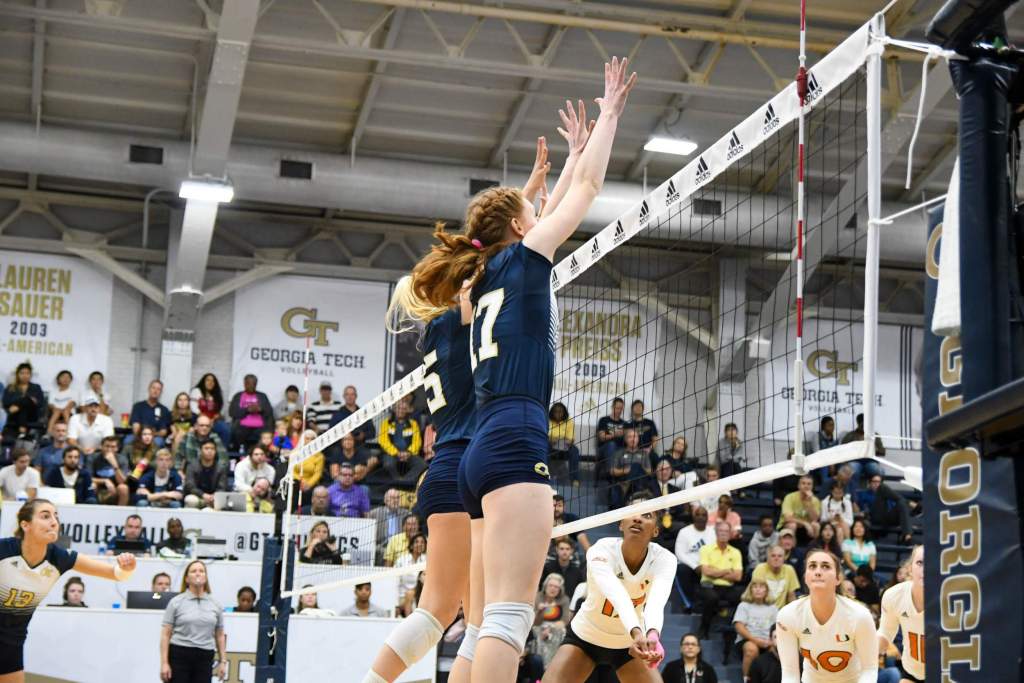 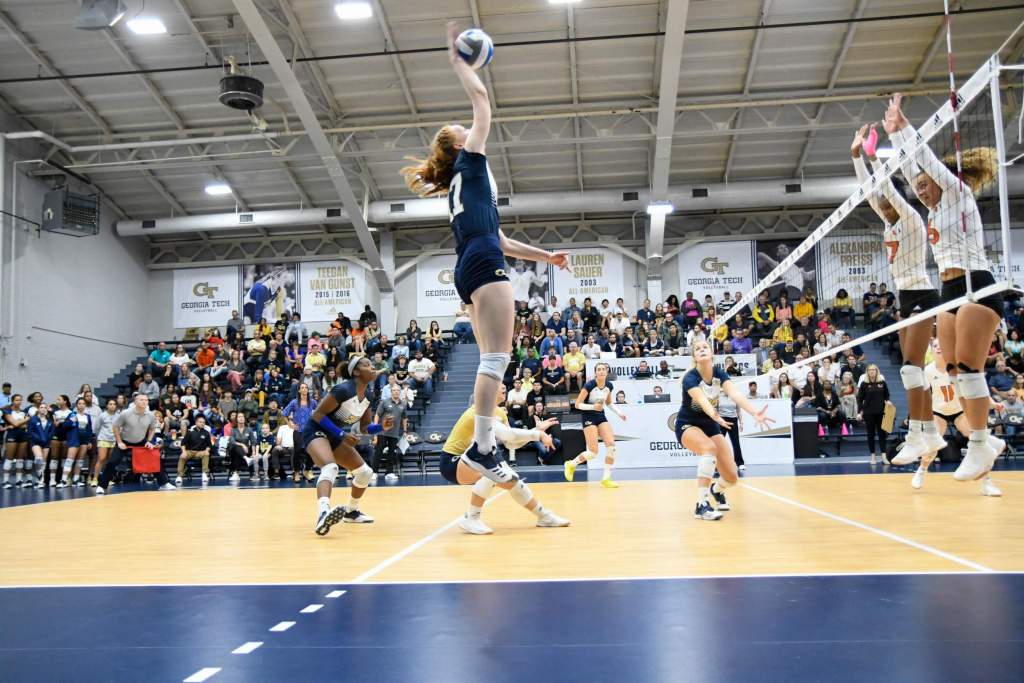 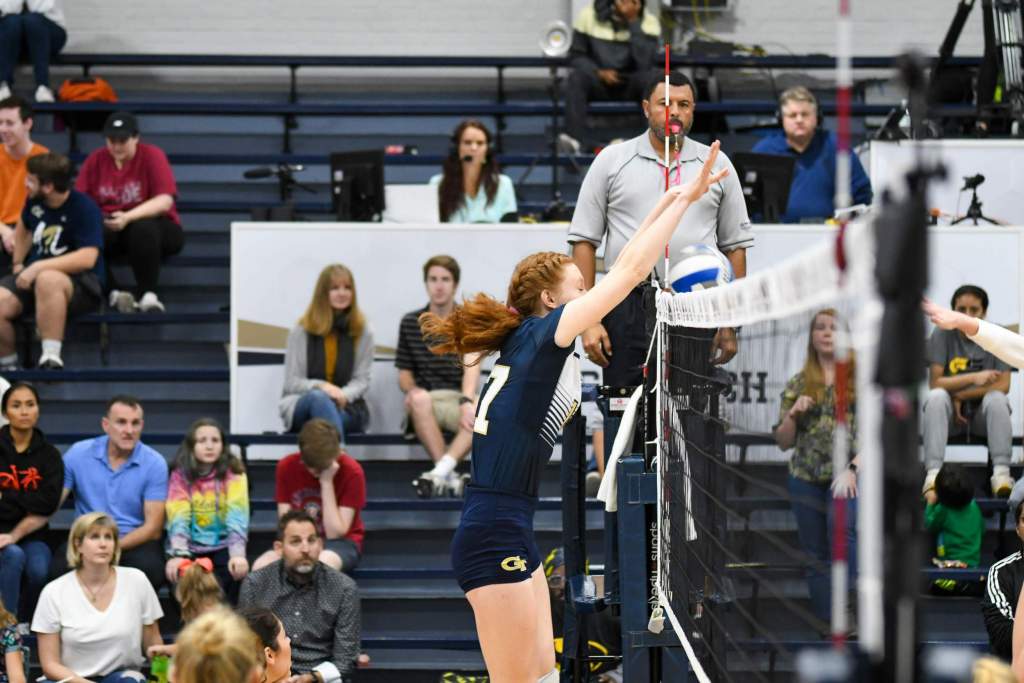 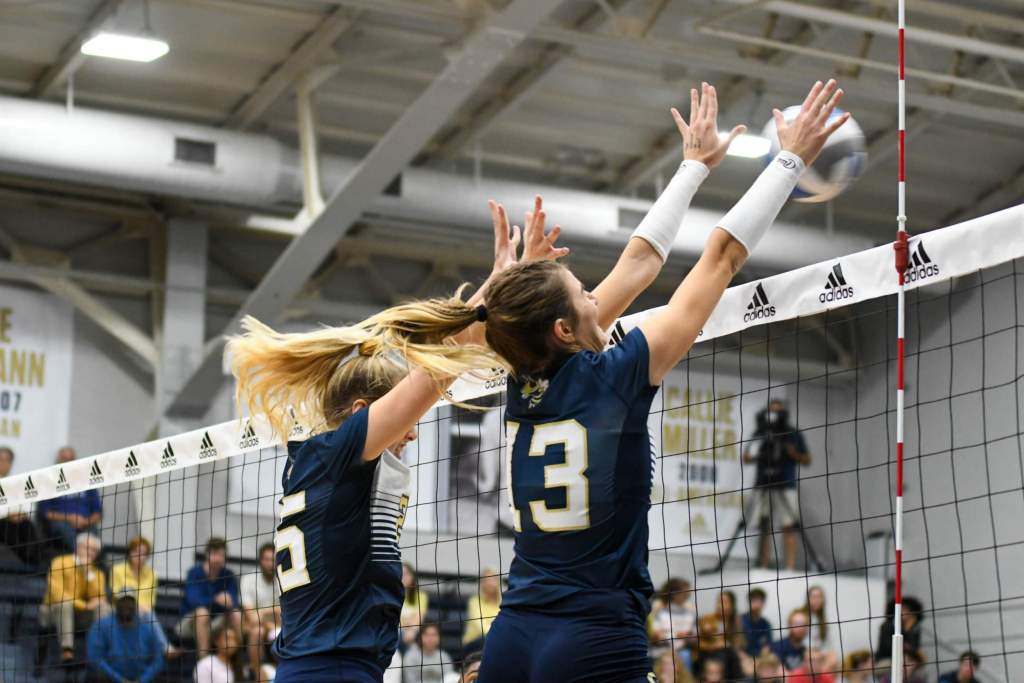 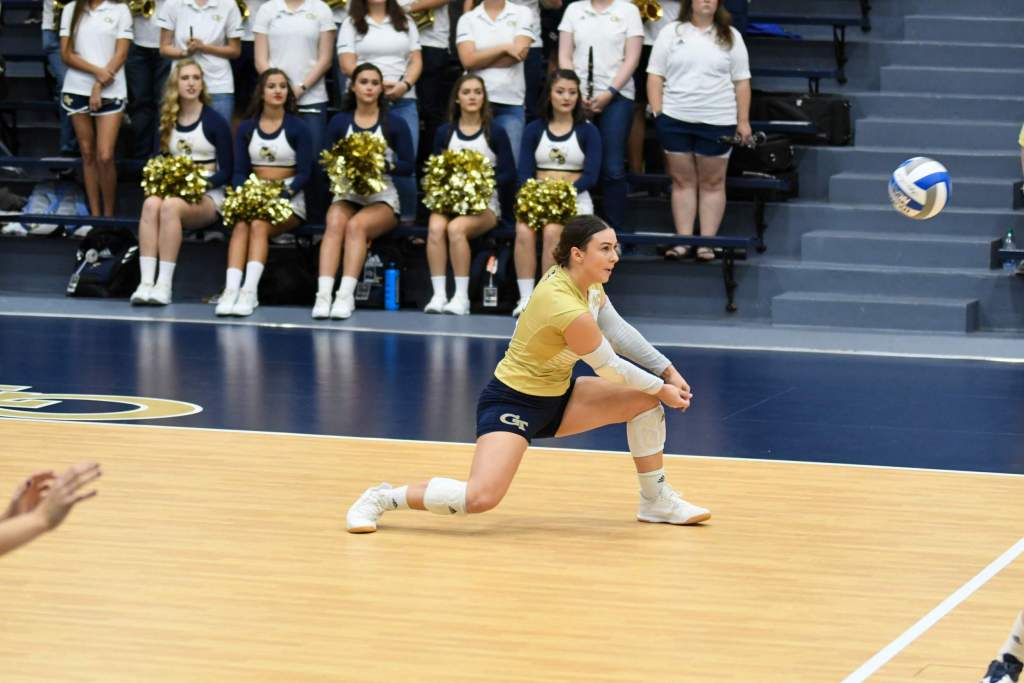 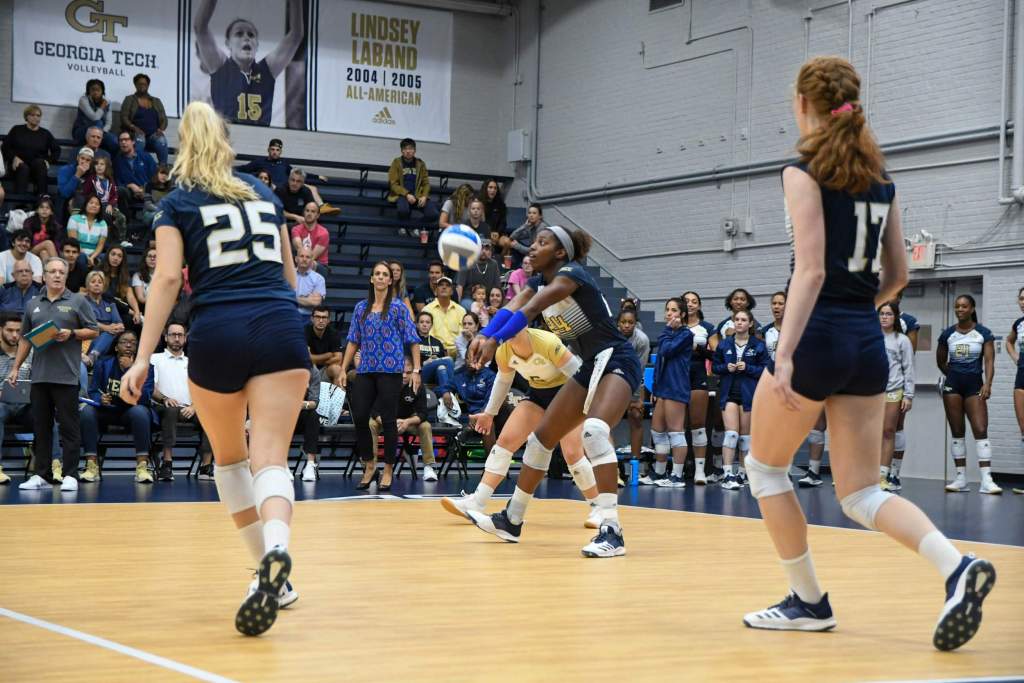 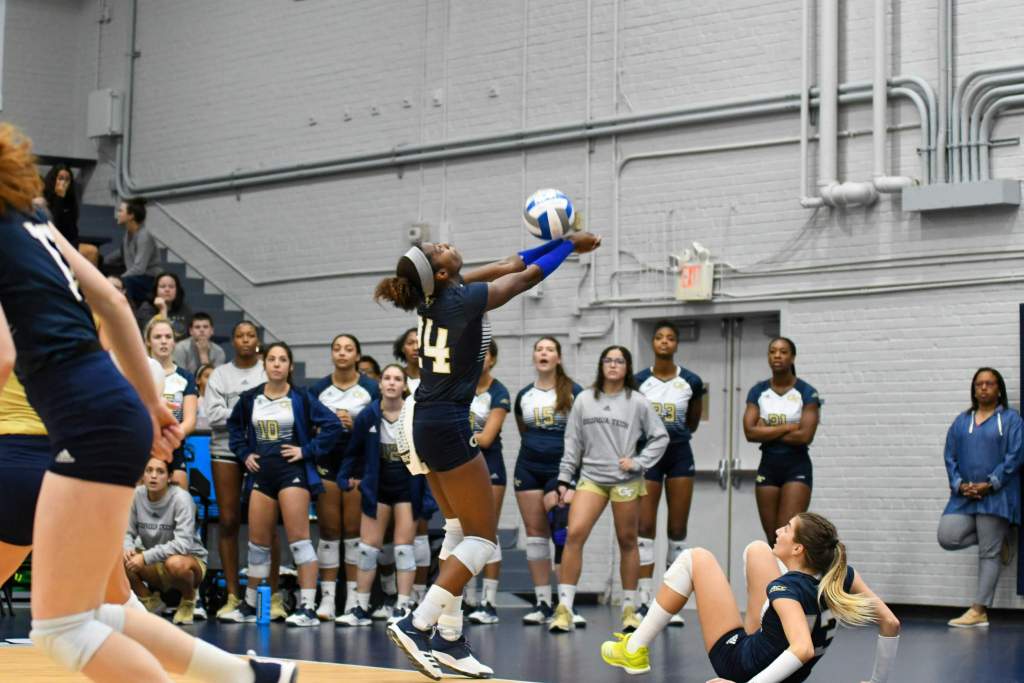 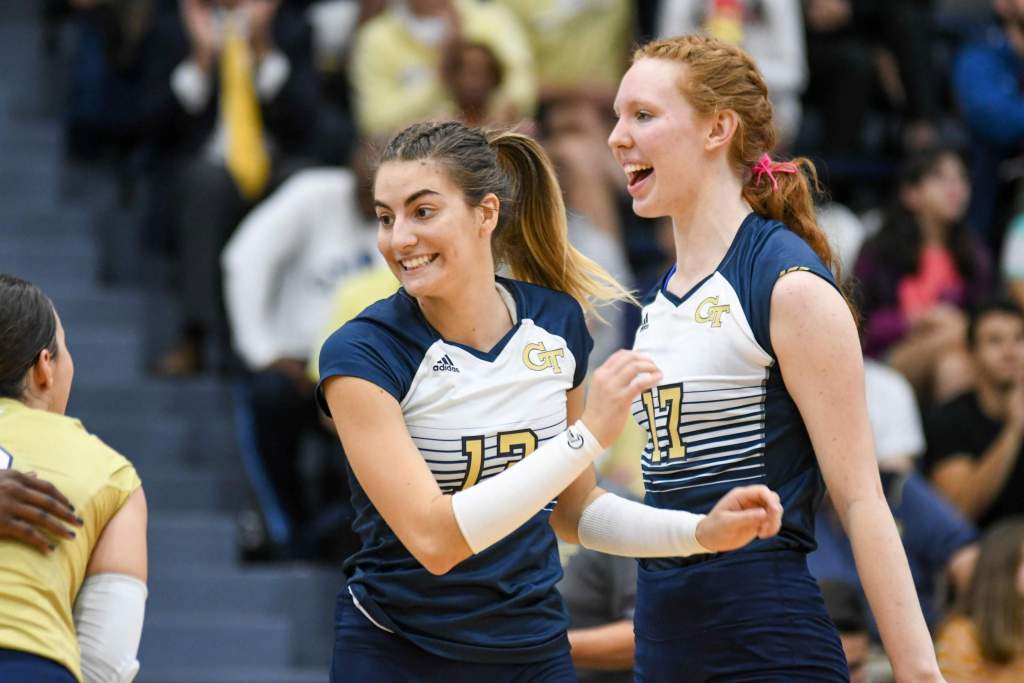 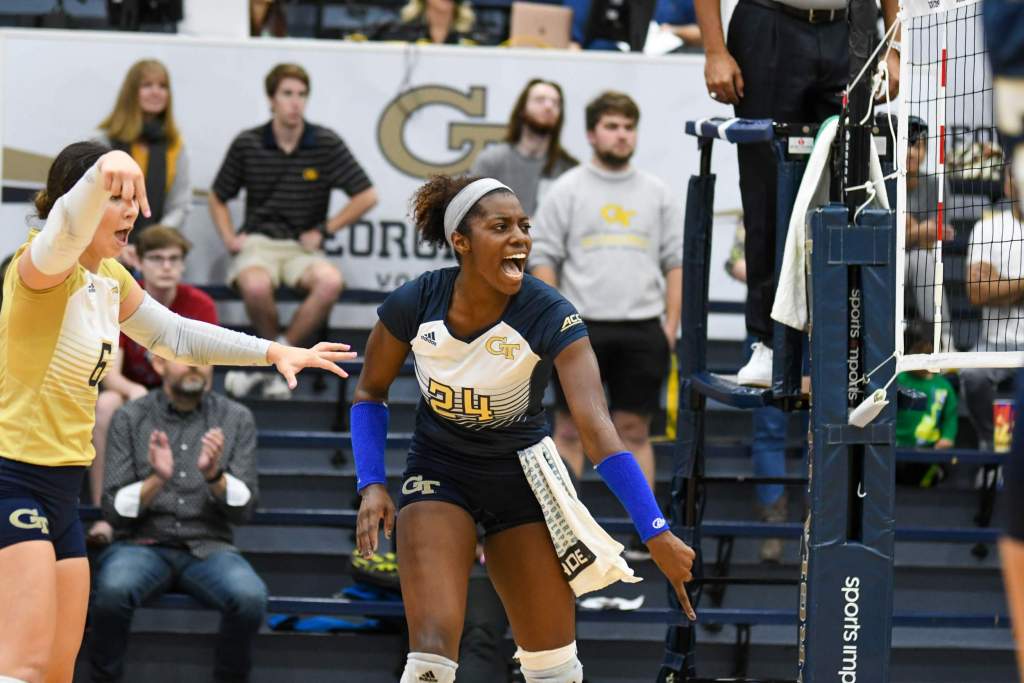 Hear what @collmich had to say following her 💯 win at Georgia Tech! Congrats Coach Collier! pic.twitter.com/N1H7Tb78aQ

How it happened:
Tech came out of the gate ready to go, using a 5-0 run to lead 7-2 on a kill from freshman Julia Bergmann. The Hurricanes found some offense and put a few points on the board but the Jackets stayed ahead, pushing their lead to 15-6 on a block from sophomores Kayla Kaiser and Mikaila Dowd. Tech stayed in command of the set, taking it easily at 25-12 on a kill from Bergmann.

The momentum stayed with the Jackets as they dominated the second set, taking a 10-1 lead over the Hurricanes on a block from senior Kodie Comby and Dowd. Miami battled back but the White and Gold held onto its lead, only allowing the Hurricanes within four. Tech climbed to a 23-15 lead on back-to-back blocks from the tandem of sophomores Mariana Brambilla and Kaiser and Miami called its second timeout. The Jackets allowed three more points before taking the set at 25-18 on a kill from Brambilla.

The third set was more of the same as the Jackets took a 10-3 lead on back-to-back attack errors and Miami used its first timeout of the set. Miami wasn’t going down without a fight and the Jackets called a timeout with the lead at 18-13.  Brambilla tipped a kill for the Jackets coming out of the set to get them back on track. The Hurricanes kept chipping away at the Jackets’ lead but Tech took the win at 25-21 on a kill from Brambilla for the program record, sixth-straight sweep.

Up next:
The Jackets head out on the road for four-straight matches, kicking off the road trip in Chapel Hill, N.C. on Friday, Nov. 1. The Jackets face the Tar Heels at 6:30 p.m.