THE FLATS –  In front of a capacity crowd in O’Keefe, Georgia Tech volleyball (8-4) opened Atlantic Coast Conference action with a 3-1 victory over Syracuse (3-5) on Friday night. Kicking off conference play at home for the first time in the Collier era, the Jackets made a statement, hitting at a season-high clip of .383 for the match to remain a perfect 6-0 in O’Keefe this season. 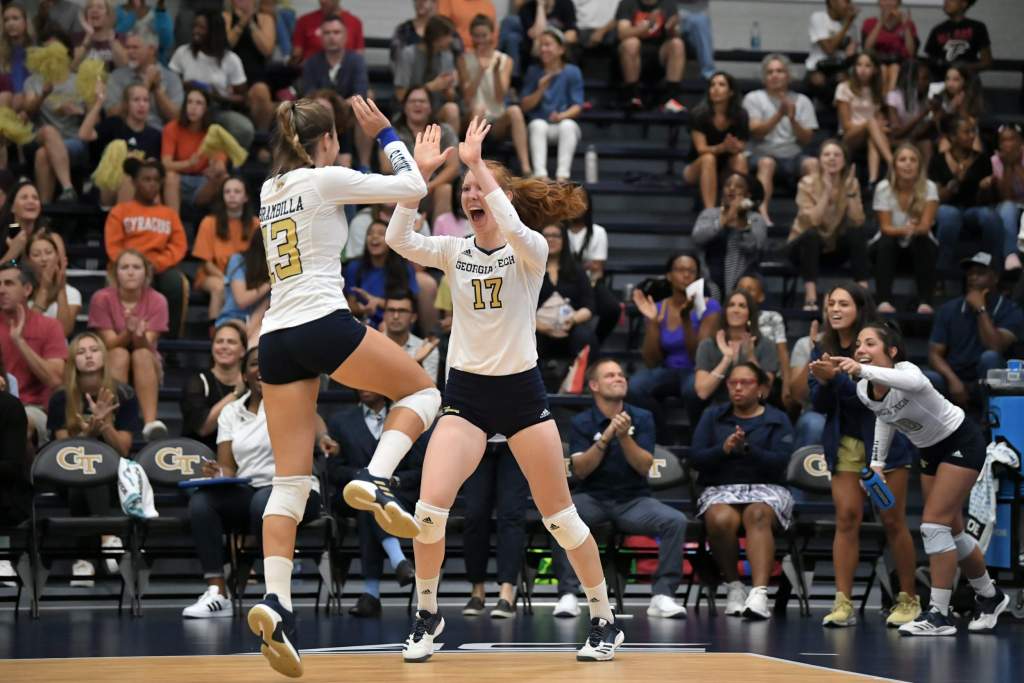 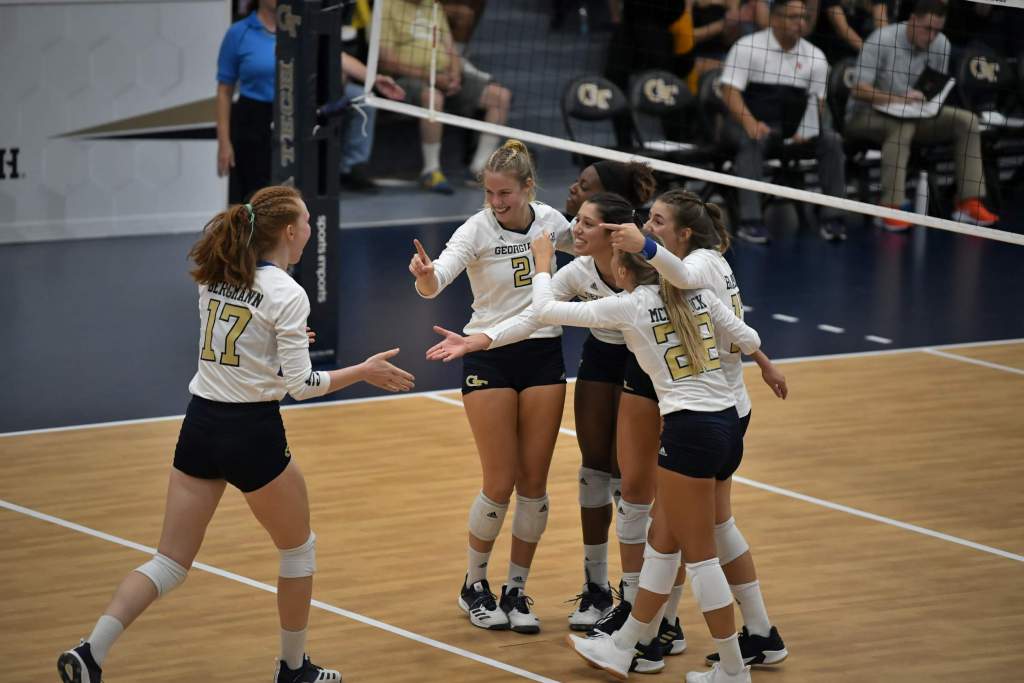 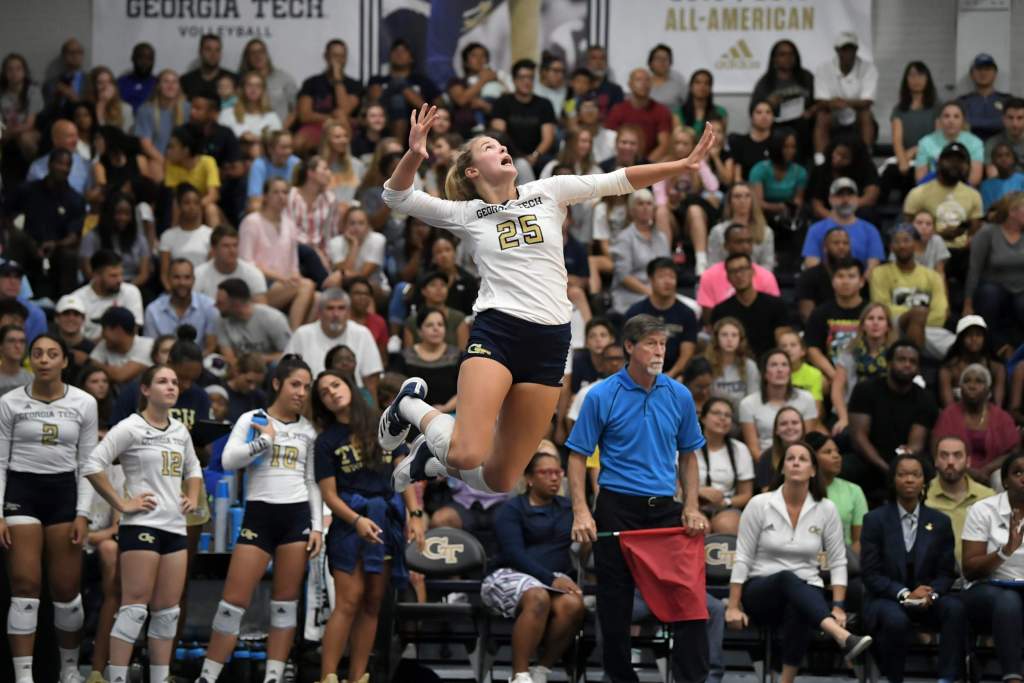 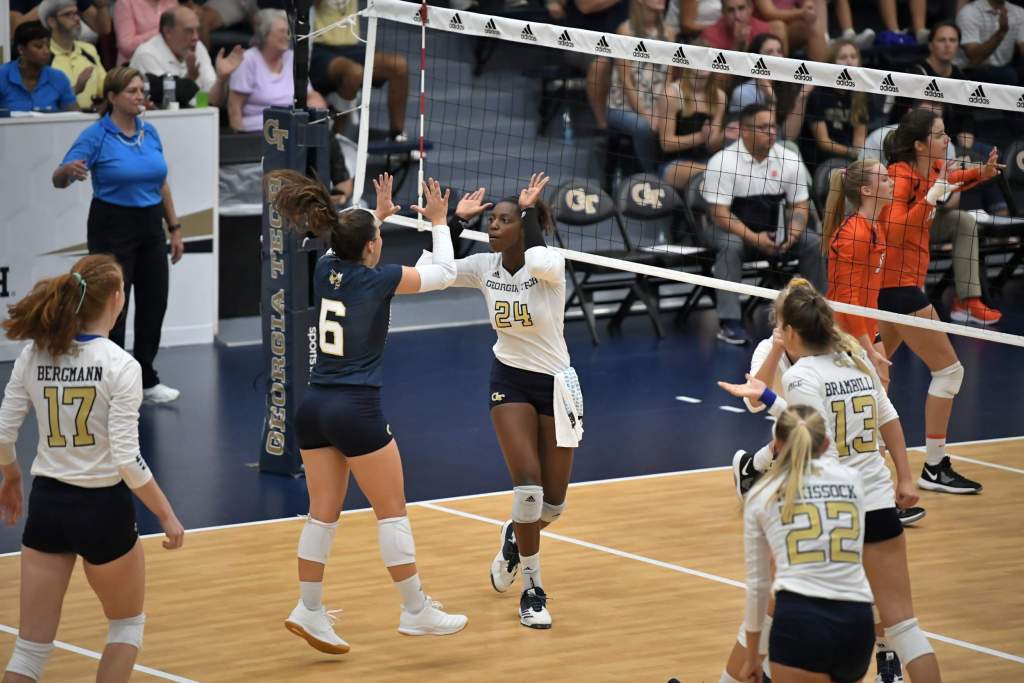 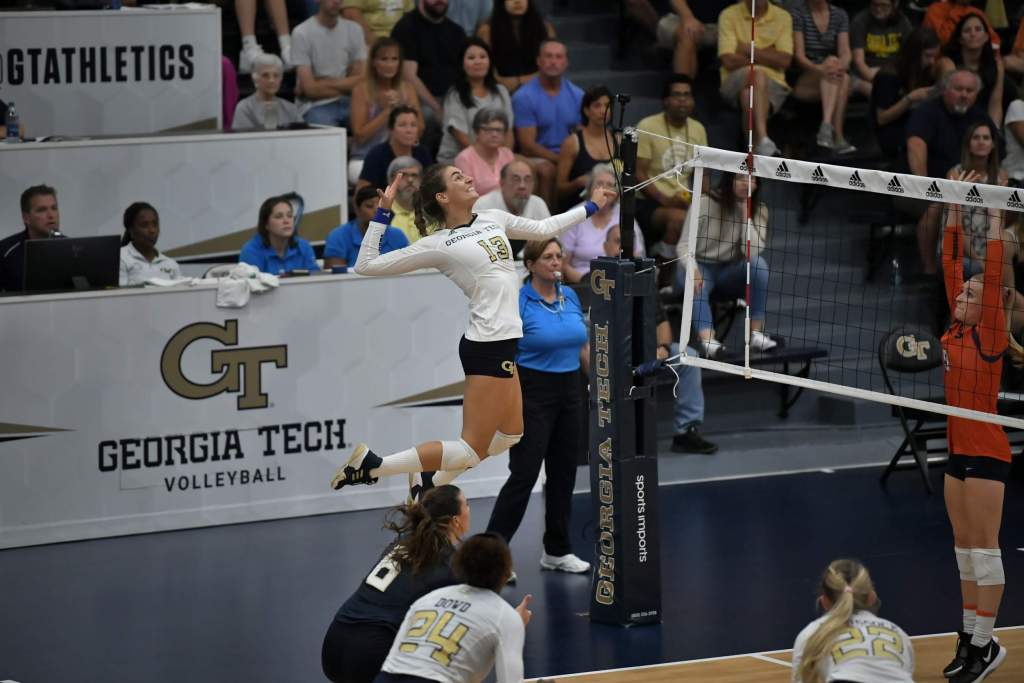 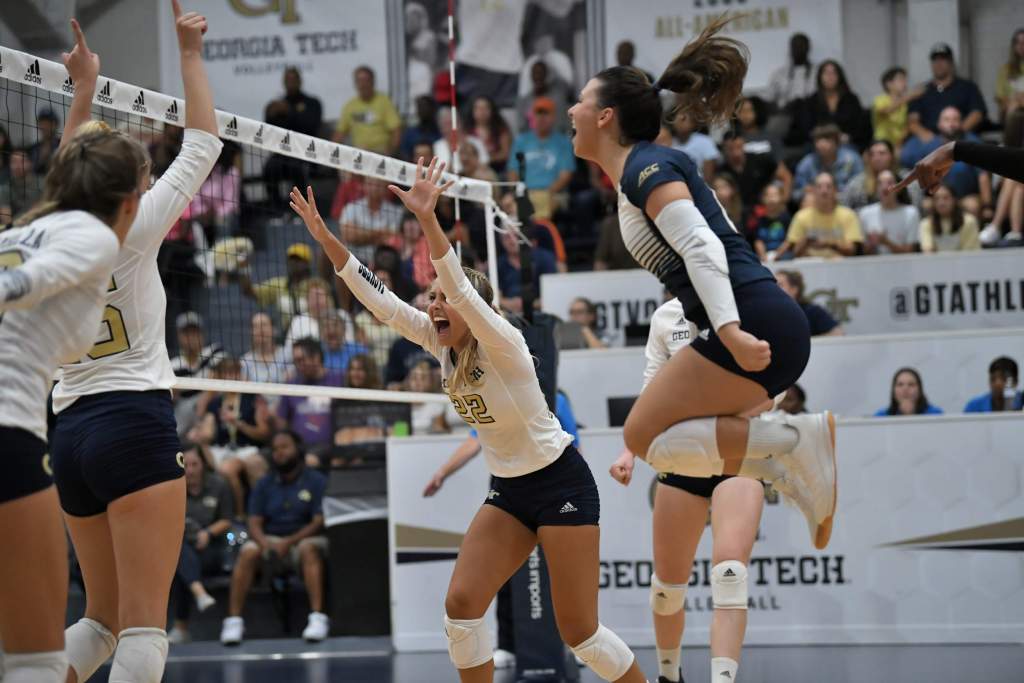 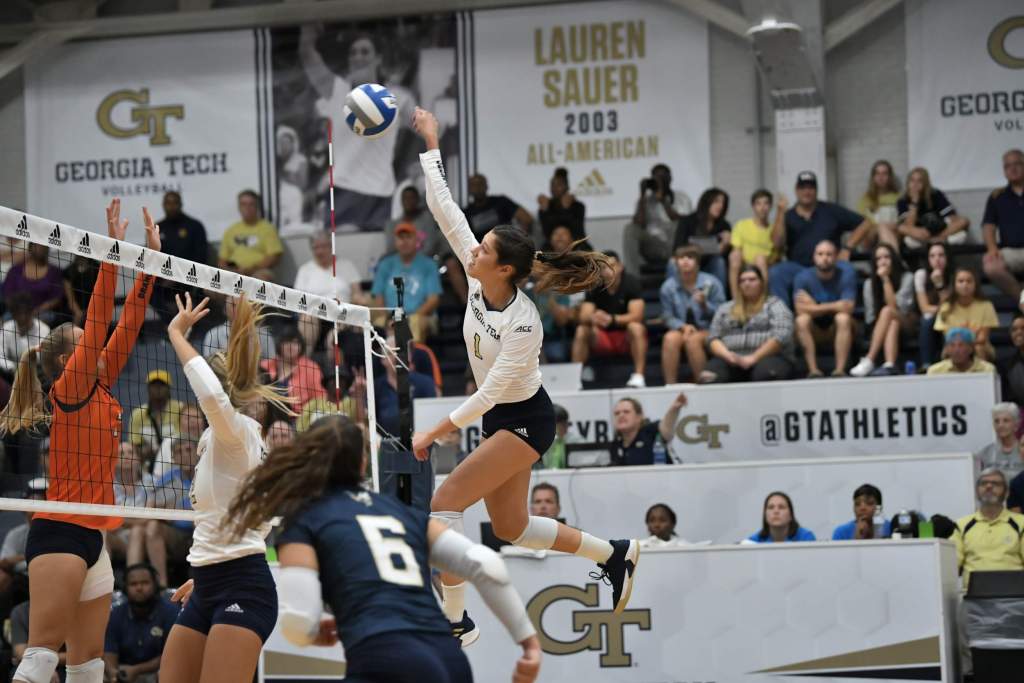 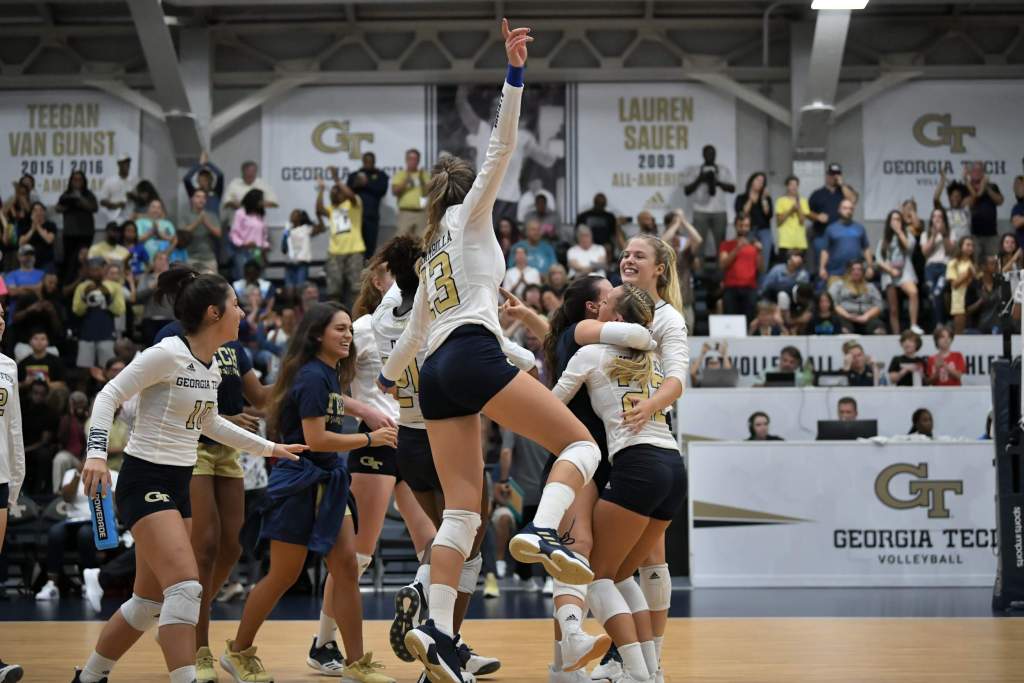 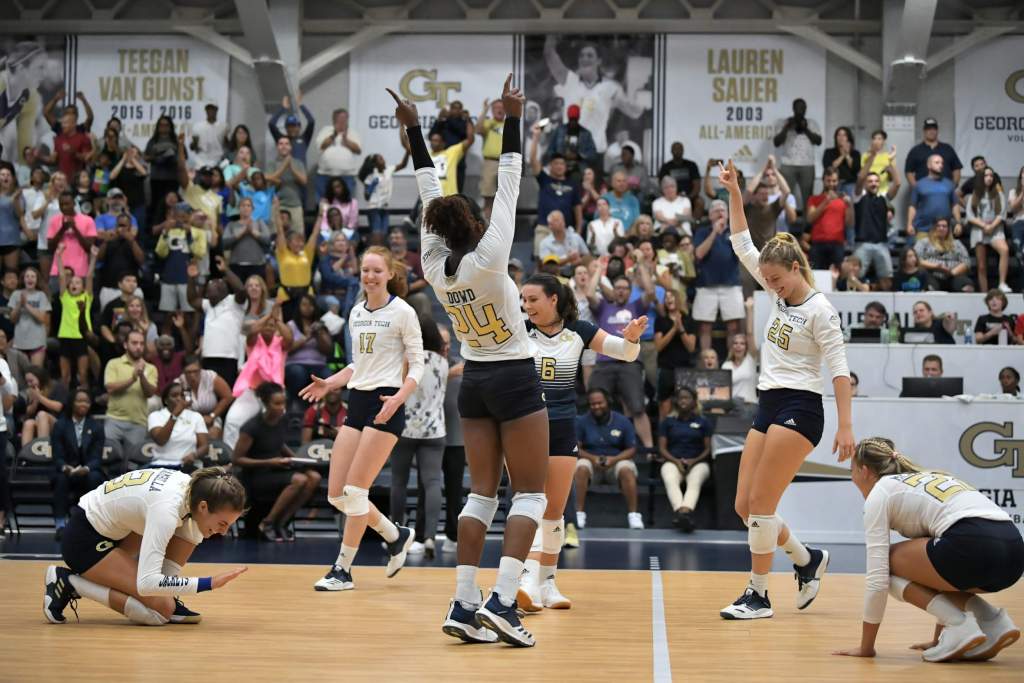 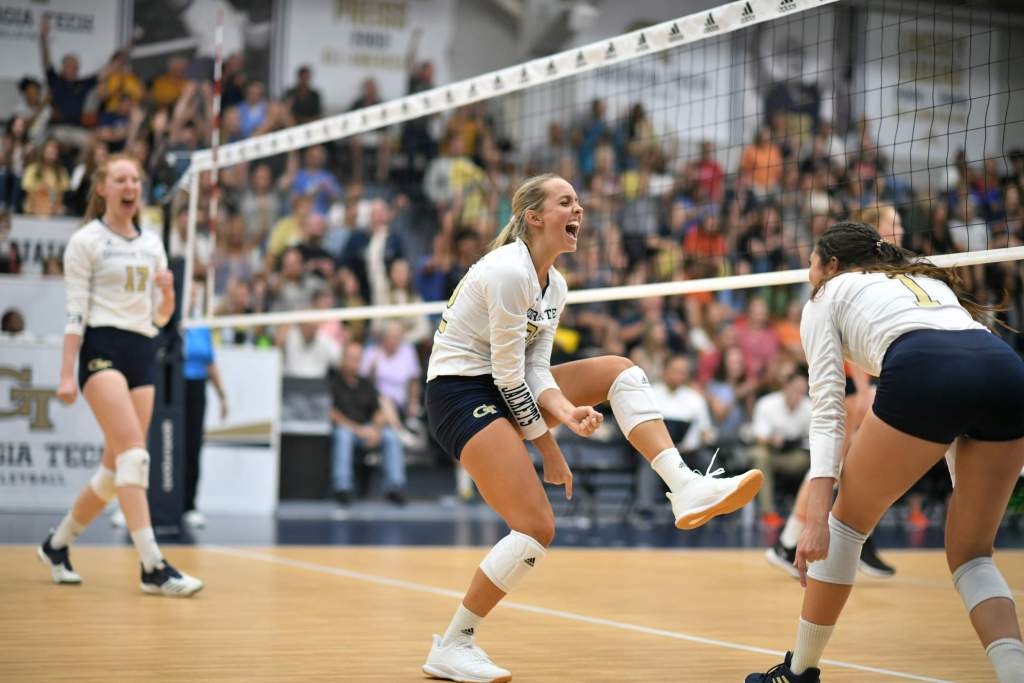 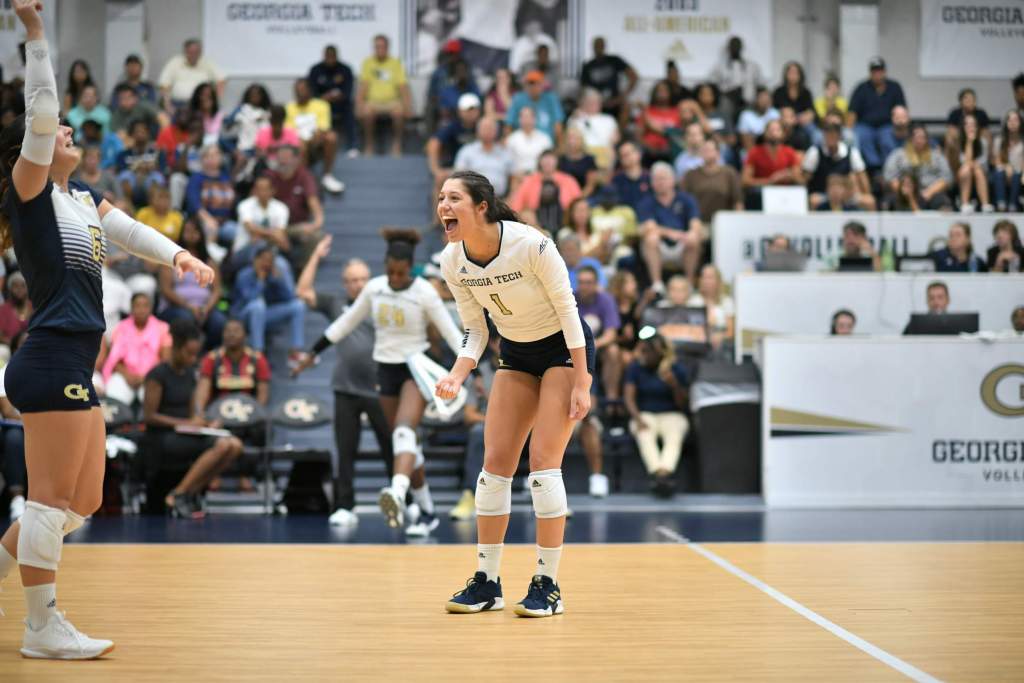 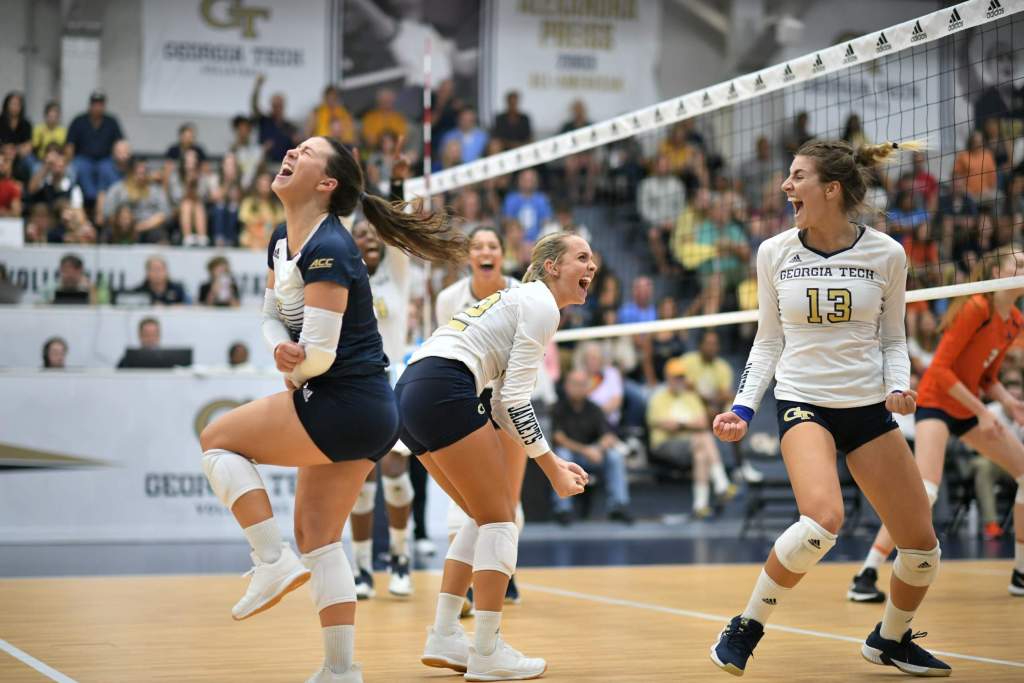 How it happened:
The Jackets took the early lead, using back-to-back service aces from sophomore Kayla Kaiser to lead 4-1. Tech would hold the lead for the rest of the set, inciting the Orange to call a timeout after an attack error put the Jackets ahead 11-6. Tech kept at it, holding a comfortable lead and taking the first set at 25-17 on a kill from sophomore Mariana Brambilla.

With the set tied at 9-9 in the second, the Jackets went on a 10-0 run with Kaiser at the service line to take a commanding lead at 20-9. The Louisville native received a standing ovation from the capacity crowd at the end of her serve. Tech easily cruised to a 25-10 win of the second on a kill from Brambilla to lead 2-0.

The Orange bounced back in the third, taking a 12-6 lead over the Jackets and Tech signaled timeout. Syracuse stayed ahead and the Jackets called their second timeout with a 16-9 deficit. The White and Gold battled back, making a 4-0 run to trail 23-17 and the Orange called timeout. Syracuse tallied the next two points to pocket the third set at 25-17 and bring the score to 2-1.

The Jackets took control of the fourth set early, utilizing back-to-back kills from senior Kodie Comby to lead 7-2 and the Orange called a timeout. The Orange closed the gap to three at 9-6 and the Jackets called a timeout of their own. A 5-0 run put Tech back up 14-7 and Syracuse burned its second timeout. The White and Gold kept the set out of reach, taking the set at 25-12 for the 3-1 victory.

Up next:
The Jackets make their ACC Network debut on Sunday, Sept. 29 when they host Boston College for a noon contest.