Gardner-Webb (6-5), in its sixth season under head coach Tim Craft, has won its last five games, including an 81-77 OT victory over Kennesaw State Thursday night. The Bulldogs are 2-4 on the road this season, including an 87-59 loss at Virginia Tech and wins over Savannah State and USC Upstate.

Monday’s game will be streamed live on ACC Network Extra, available through the ESPN app. Radio coverage is provided on the Georgia Tech IMG Sports Network, airing in Atlanta on 680 AM and 93.7 FM the Fan. The Tech broadcast is available on satellite radio (XM ch. 380, internet ch. 971).

Georgia Tech and Gardner-Webb are meeting for just the second time Monday night, and first time since Dec. 1, 2002, a 75-53 win for the Yellow Jackets at Alexander Memorial Coliseum. That game was the third game in the careers of then-freshmen Chris Bosh and Jarrett Jack (see box on page 3). 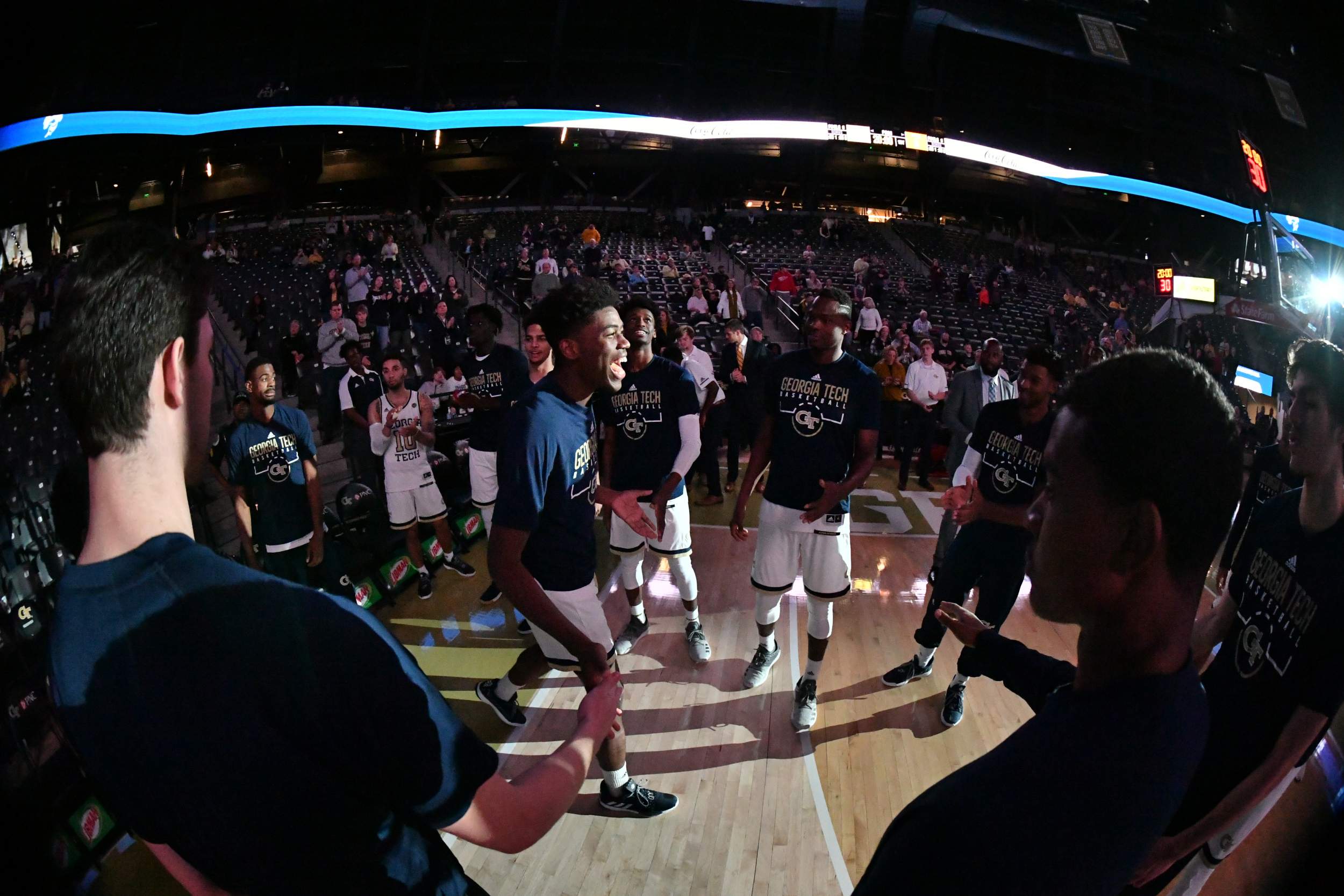 REMINDERS FOR ALL TECH HOME GAMES

Clear Bag Policy – To provide a safer environment for the public and significantly expedite fan entry, the GTAA implemented a policy beginning with the 2018 football season that limits the size and type of bags that may be brought into athletics facilities. This policy continues with men’s basketball games at McCamish Pavilion. Prohibited items include, but are not limited to: purses larger than a 4.5″ x 6.5″ clutch bag, coolers, briefcases, backpacks, fanny packs, grocery bags, cinch bags, non-approved chair backs and seat cushions, luggage of any kind, computer bags and camera bags or any bag larger than the permissible size.

Complimentary Bag Valet – A complimentary bag valet is available to fans who fail to comply with the clear bag policy. The bag valet location is located at the Byers Tennis Complex either inside the main lobby or located in a tent in the exterior courtyard. The location will be determined based on weather conditions.

Self-Service Scanning Kiosks – Self-service ticket scanning kiosks have been added to entrances at McCamish Pavilion to speed up entry procedures on game days.